The Turkish occupation army and its mercenaries have recently intensified their brutal attacks on the villages of Sherawa district and al-Shahba canton, directly targeting the homes of civilians, and according to the people of those villages, Turkey is trying to take revenge on them after its defeats in the battles against the Syrian regime.

After Tel Rifat massacre, which was carried out by Turkey on the second of December last year, in which ten civilians among them eight children were martyred, it is once again targeting the civilians.

On the 25th of last February, Turkey and its mercenaries committed a horrific massacre in Akiba village of Sherawa district, which resulted in martyring three civilians of Afrin displaced people; the father Hassen Hajj Ezzat Mohamed, the mother Fatima Ali, and the child Serosht Ezzat Mohamed), and a number of civilians were injured.

The details of that night which witnessed a brutal bombardment by Turkey and the mercenaries are told to the agency "Hawar" by a survivor in the massacre after she managed to get out from under the rubble and likely recovered.

Mofeeda Fawzi Hassen (48 years old), the survivor of the massacre exposed to breaking in the leg as a result of the shelling, and her husband Esmat Hamo sustained several injuries and fractures in the thorax, while he is still undergoing treatment.

Mofeeda Hassen who explained that they had been displaced from Afrin, and preferred to stay in Sherawa, hoping to return to their homes soon says: "Since the first day of our arrival here, the Turkish occupation continues to shell Sherawa villages almost daily."

On the details of the massacre's night (25 February), Mofeeda Hassen says: "Since the first hours of the night, the Turkish occupation artillery started to bomb Akiba village wildly and indiscriminately."

She continued: "We were sitting in the home where the family of the martyr Hassen Hajj Ezzat Mohamed, and there were also some of his relatives in the house when the shells started to fell on the village, as dozens of shells fell in the vicinity of the house."

Mofeeda Hassen who is trying to remember the details of the night accurately adds: "With the shells falling, the relatives of the martyr Hassen hid in the bathroom, and my family and I stayed in a room with the martyr Hassen Hajj Ezzat’s family."

About the moment the shells falling on the house, she says: "When the shell landed, I thought I was dead, and my children died because of the great damage left behind by the bombing. I could not believe that I was alive and managed to get out from under the rubble."

Mofeeda talked about those difficult moments and about the martyred girl Sherosht who was groaning under the rubble and still alive, and she continued: "The girl Sherosht did not martyred in the first moments, and I could hear her voice, but I could not reach her."

She added: "When the rescue teams arrived to get us out, the Turkish occupation army resumed bombing the place."

The dialogue with Mofeeda was intermittent, every time she tried to complete the conversation, she was afflicted with sadness and crying for the horror of that night, and the groaning of Sherosht did not leave her imagination.

While narrating those chilling details, Mofeeda made clear: "For the inability to reach the child Serosht on the suitable time due to the Turkish occupation bombing of the same place, the child died."

The dialogue with Mofeeda was intermittent, every time she tried to complete

She continued sadly: "What guilt did we do for that the Turkish occupation and mercenaries intentionally bombed us? Why do they want to kill us and displace us again."

To return and answer her questions: "The Turkish occupation and its mercenaries are seeking to displace us from our homes again so that they can occupy the area and repeat the scenario of Afrin."

We wanted to talk to Mofeeda’s husband, but he apologized for the dialogue due to the deterioration of his health status, as we learned that he suffers from a strong psychological trauma due to the horror of the massacre, as well as suffering from injuries and fractures."

Mofeeda Hassen, who is dissatisfied with the silence of the international and human rights organizations regarding the massacres of the Turkish state against the people and expatriates of Afrin, concludes her speech by saying: "Look at this child (her son Jamil Hame, 8 years old, was injured and burned in the face as a result of the bombing), what is the sin of this child to live this life; terror and bombing." 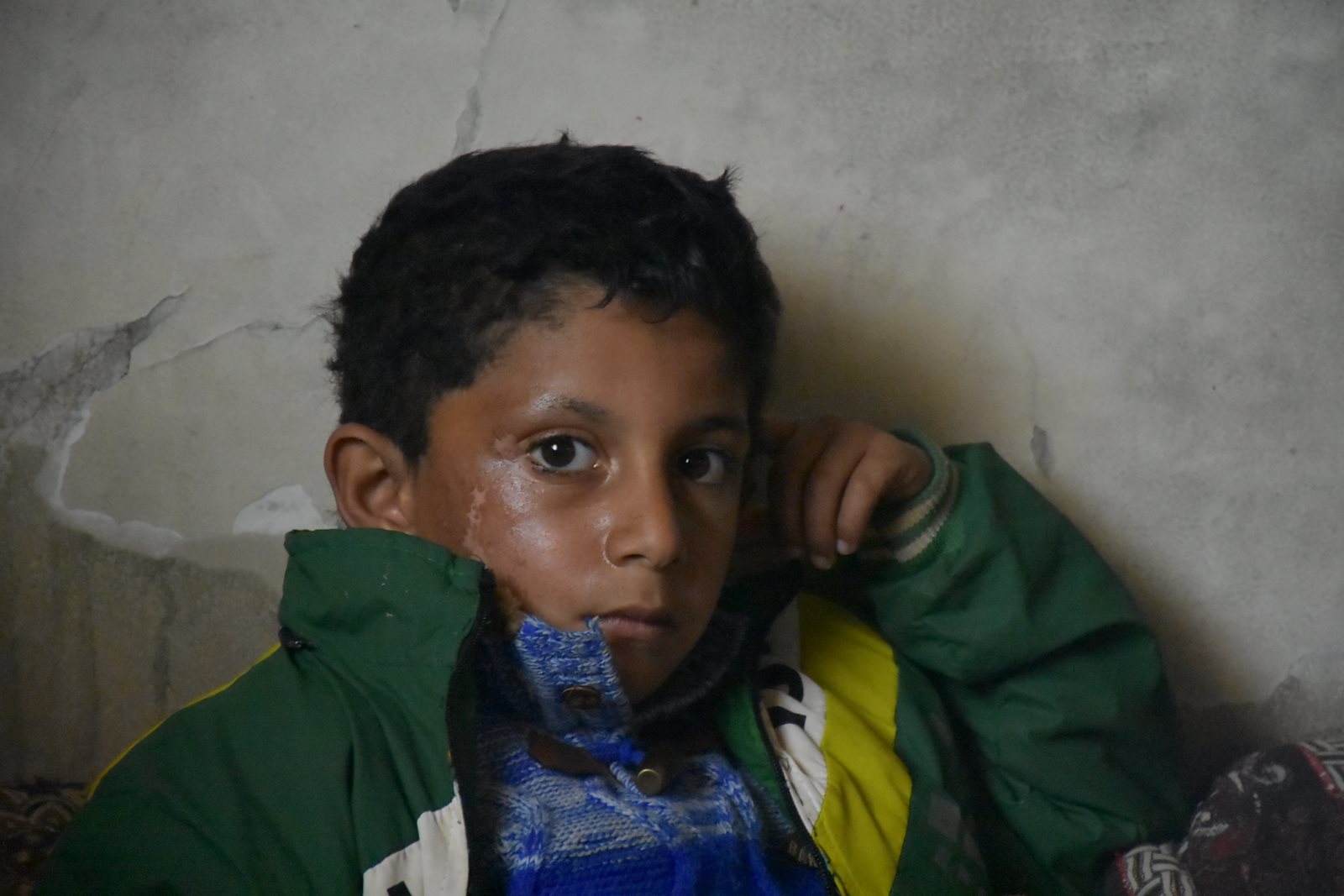 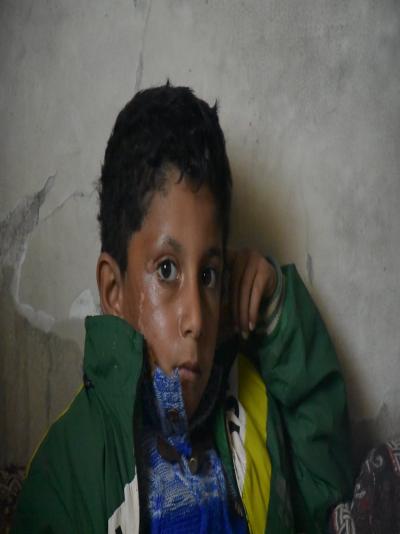 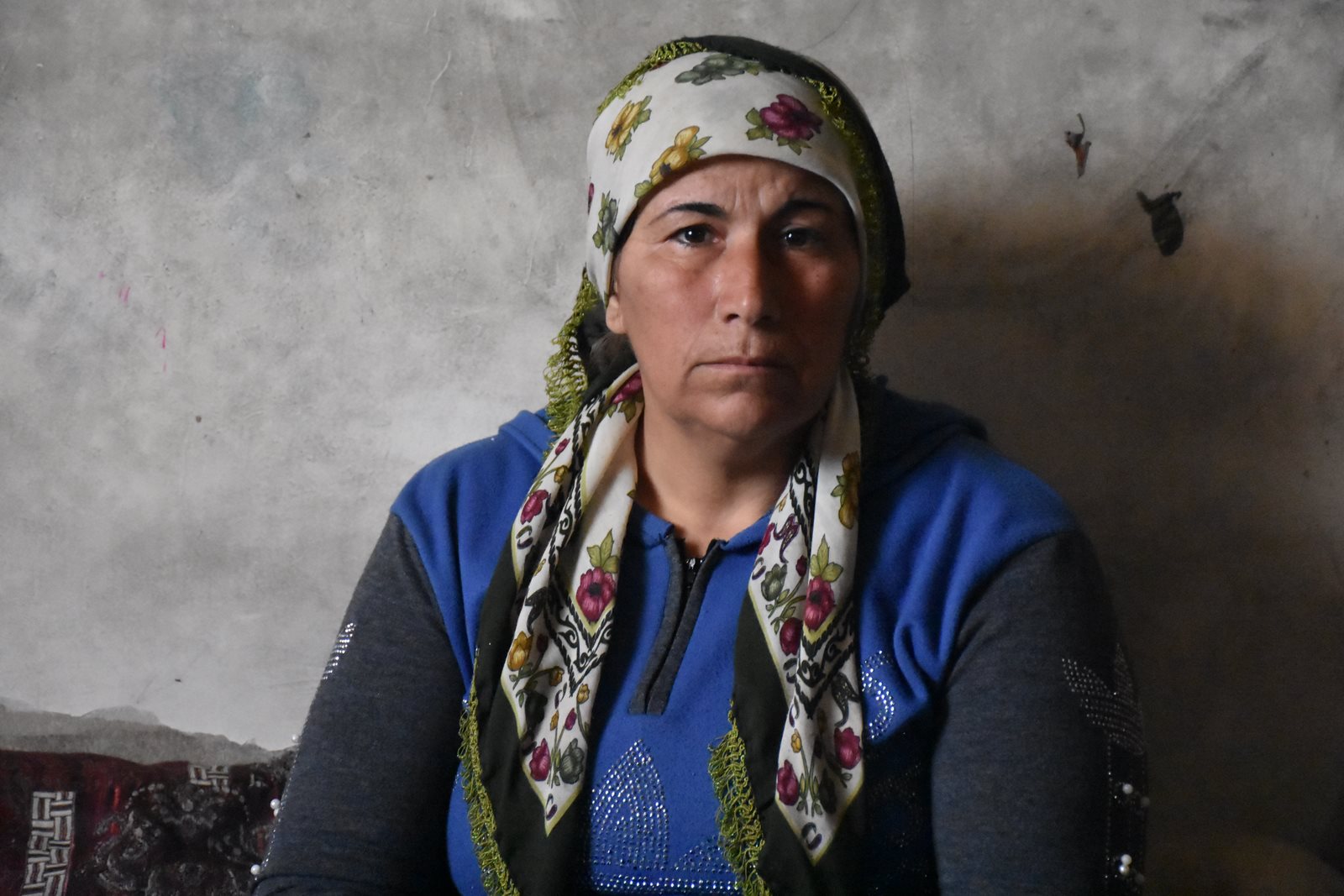 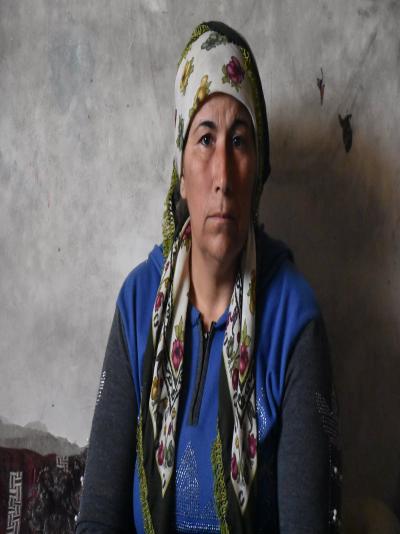 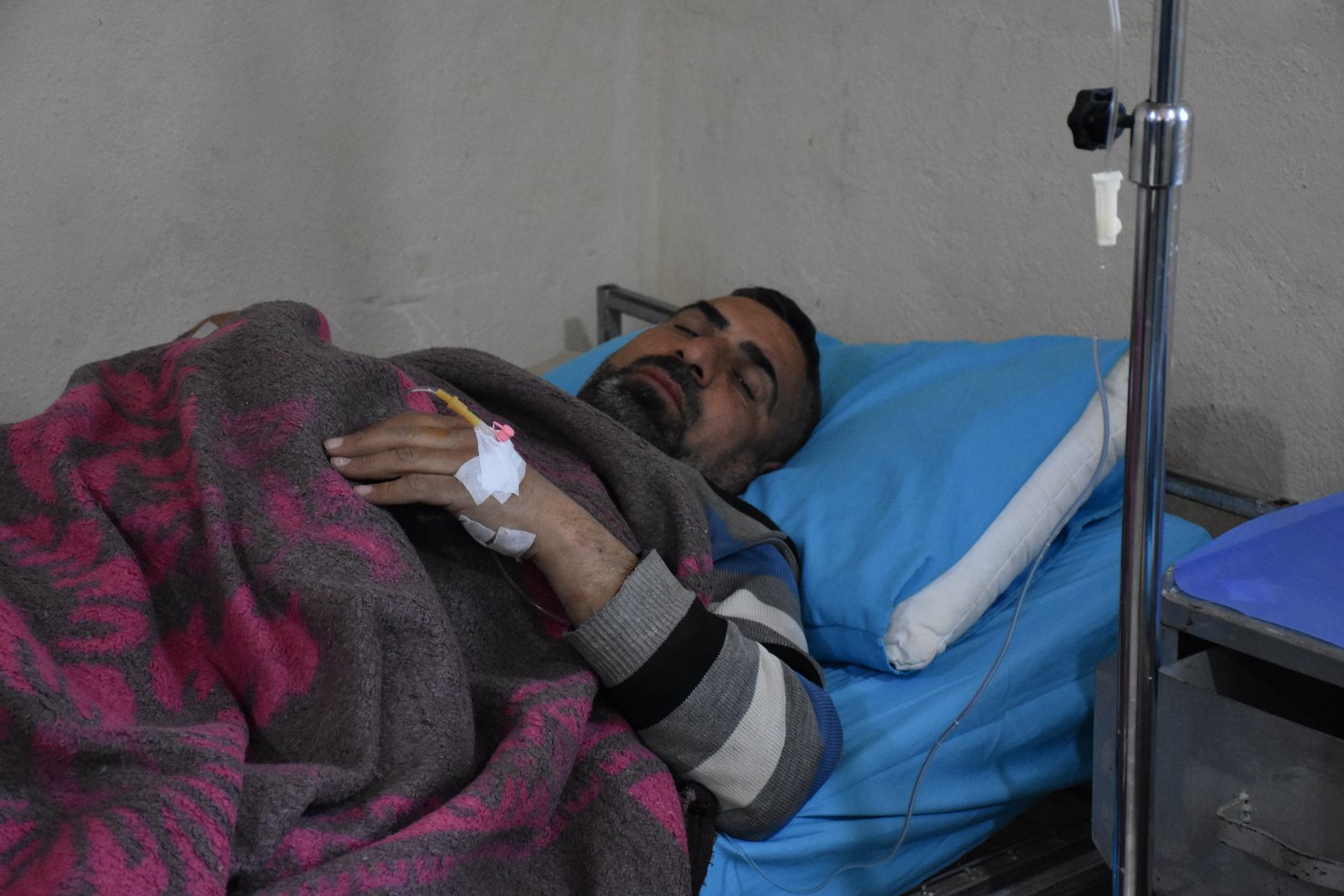 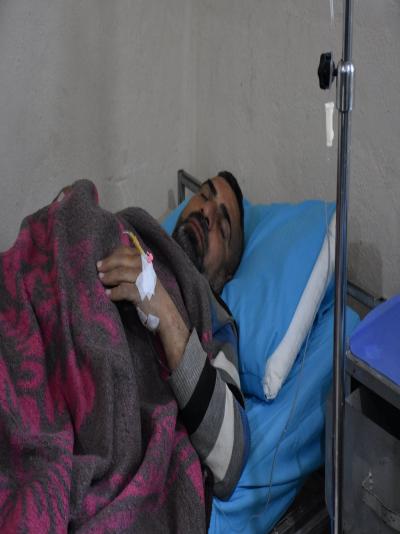 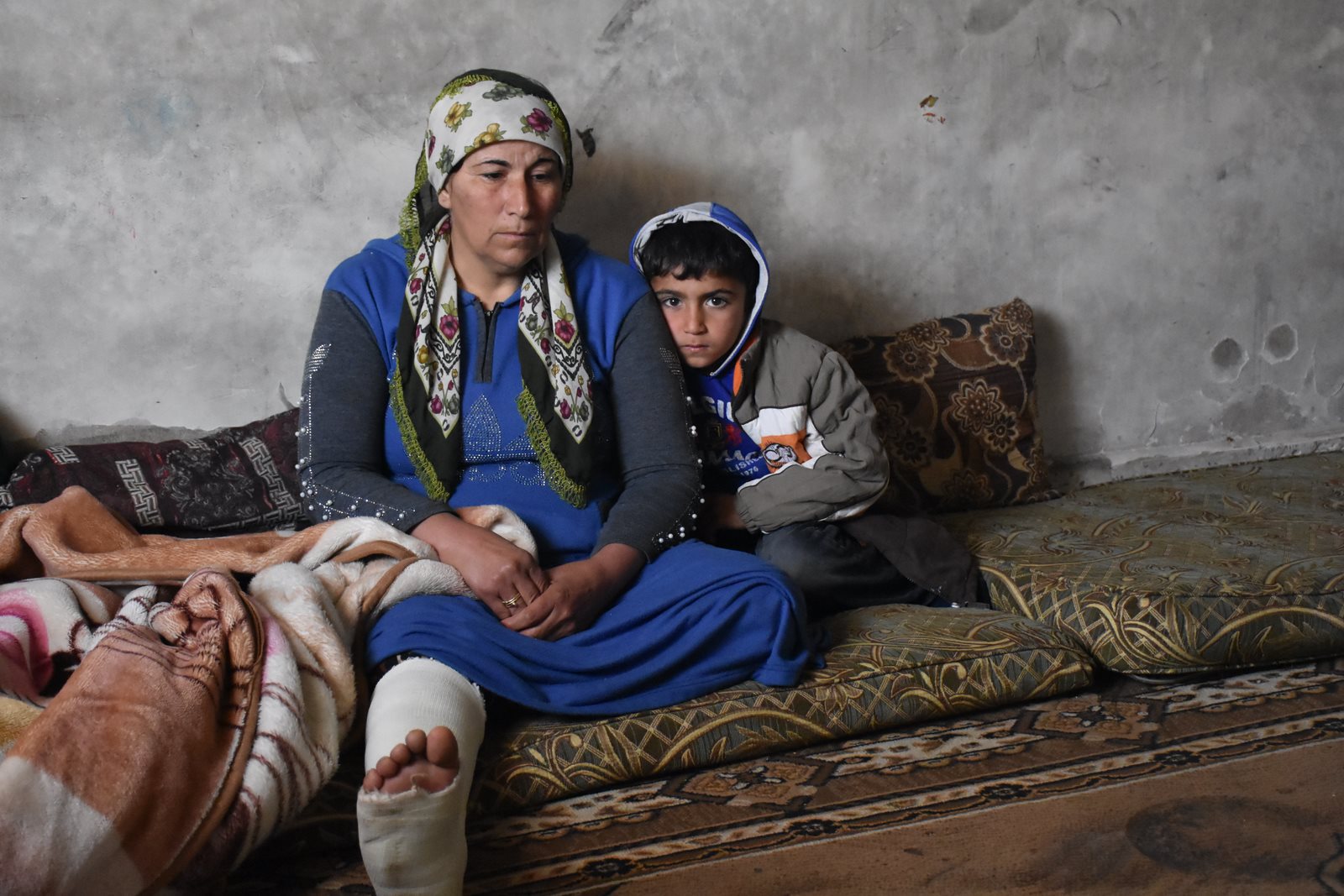 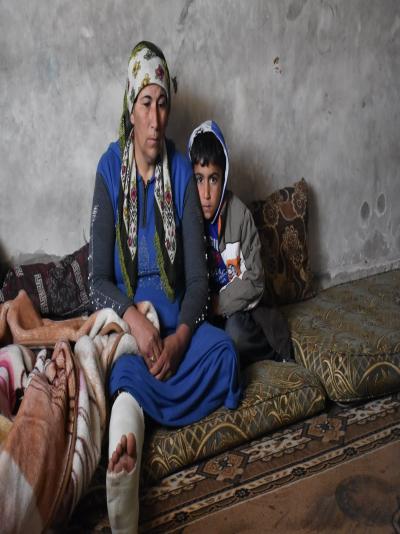 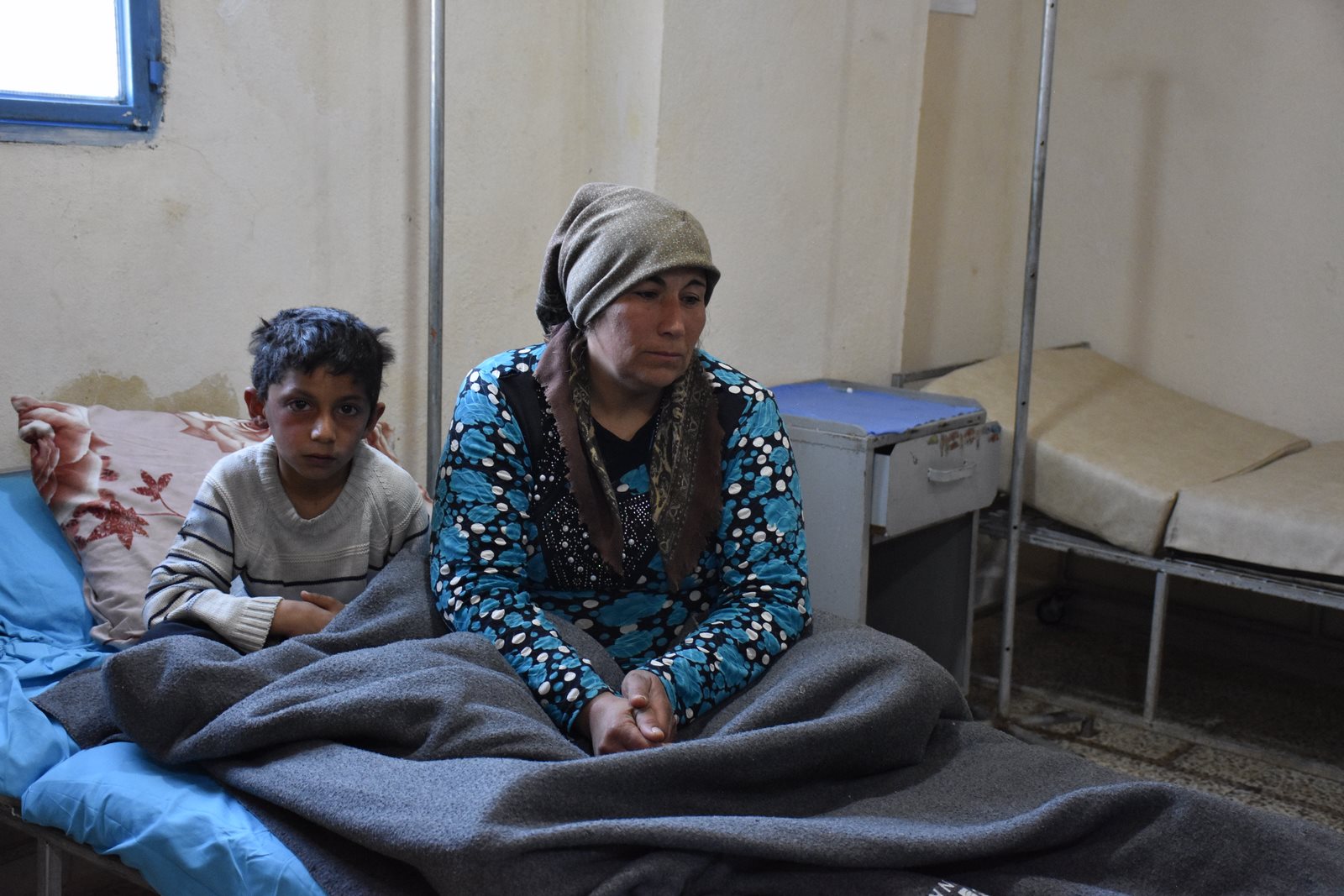 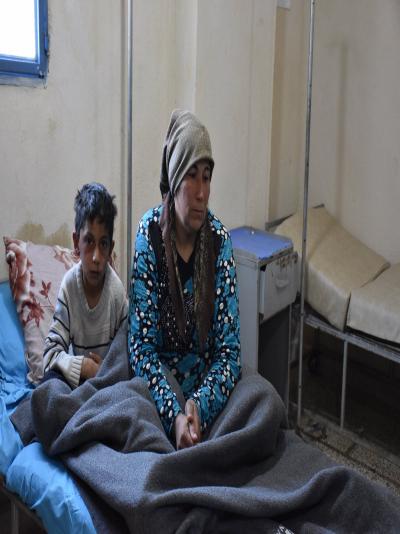