PYD's general Council held a meeting on July 7th, to discuss the political and military situation, assess the organizational situation, and put an action plan for the next stage.

The GC discussed during the meeting the economic crisis that is passing through the region in general and Syria in particular, as well as its effects on societies.

After the meeting, PYD issued a statement to the public opinion.

The statement stressed that: "The traditional policies of the governments in the region, including the Syrian regime, as well as external interventions, are the main reason for turning Syria into a field of regional and international conflict and that both Geneva and Astana complicate the crisis more instead of solving it".

It also stated that Turkey plays a destructive role in the region, posing threat to regional and international peace and security. Its attacks on Syria, Libya and Iraq is a violation of international law as it seeks to occupy and dominate militarily, politically and socially.

In addition to that Turkey commits openly, a humanitarian crime that adds to its chain of crimes and violations, by cutting off water to Syria and Iraq and threatening the lives of millions of people and waging a war of extermination against all the peoples of the region, it is consolidating religious extremism as a continuation of the ideology of ISIS, and the decision of the Turkish government transferring the Hagia Sophia Museum to a mosque is the best proof of that, so facing this danger by all peoples is a necessary choice.

The General Council confirmed that the unity of peoples is the only way to consolidate peaceful coexistence and confront all conspiracies targeting peoples and their future, as the project of the democratic nation is an important measure towards ensuring unity, identity and joint struggle.

The General Council stressed the importance of the Kurdish unity and PYD will do everything in its power to make the process of national unity and the Kurdish-Kurdish dialogue a success.

Members of the Council noted that the threats remain, and it is very important to take the necessary security and defense measures to protect our peoples and their gains. Therefore strengthening the SDF and organizing society according to the principle of self-defense is one of the basic tasks that cannot be dispensed with.

The meeting noted that Turkey's recent targeting of Kurdish women in Afrin and Kobani is a continuation of ISIS's anti-woman mentality, and that one of PYD's main priorities is to further empower women and combat all types of violence against women.

The General Council  also evaluated the economic situation, especially in light of Caesar's Act and the economic crisis in the region, and stressed the importance of cooperation with the Autonomous Administration in order to overcome this crisis.

The meeting focused on the importance of social solidarity, developing the administration's projects, securing employment opportunities, encouraging agriculture and moving towards achieving self-sufficiency.

The meeting focused on the important organizational situation. After the eighth party congress, the Corona crisis affected the start of the organizational campaign, so work will be done intensively to achieve this campaign, as well as an intensive program of work to reach the largest possible mass of the public base, and at the forefront the Women's Council and the Youth Council of the party, special psychological warfare targeting moral values in society and targeting women and youth will be fought.

The Council affirmed that: “The Democratic Union Party will not only be a political party, but a community party, in this sense, and as far as working to consolidate democratic politics, it will work to develop community awareness campaigns to protect the environment.” 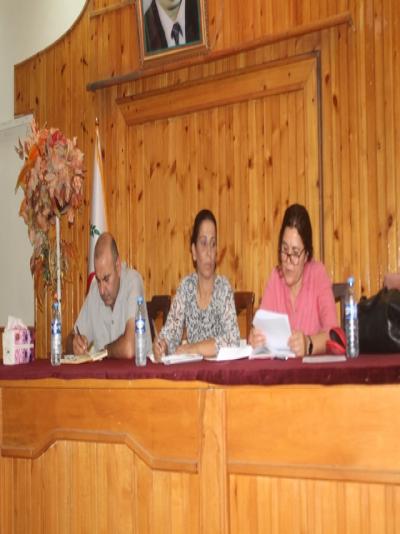 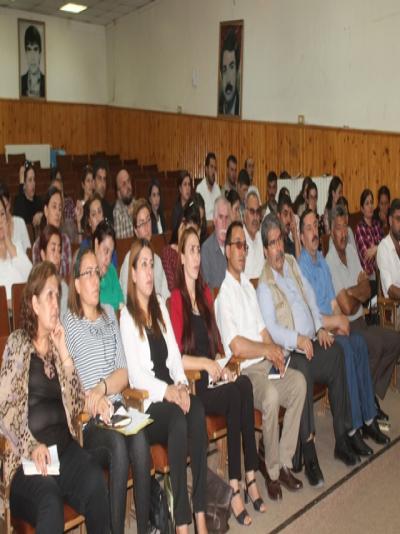 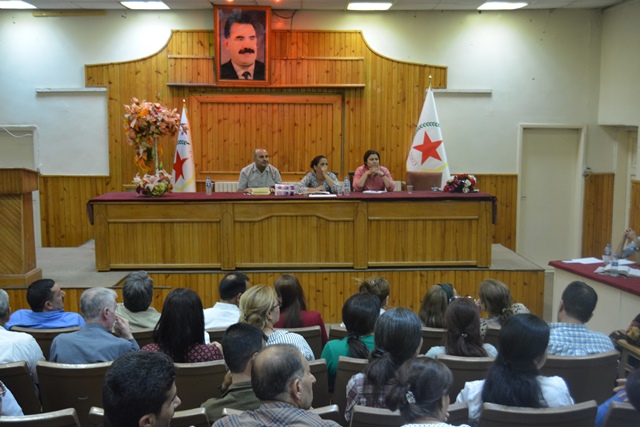 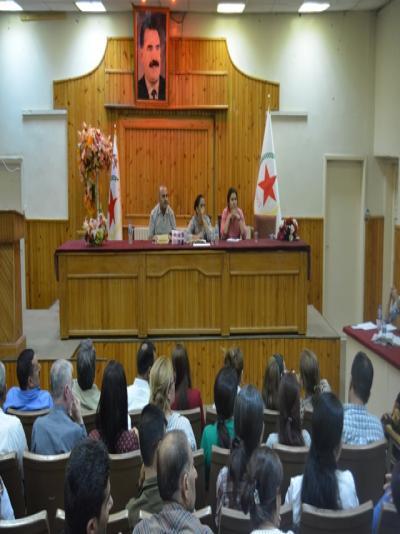 Jiwan Mustafa pointed out that the current stage is a dangerous stage, and the general publi...

Women of ISIS mercenaries in Al-Hol camp continue to try to perpetuate terrorism and extremi...

The Crisis Cell in Al-Jazeera region is now holding an emergency meeting to discuss the late...
Old Website