The conference held under "Syria is a Decentralized Democracy ... Consolidating Autonomous Administration ... Strengthening the SDF."

General directives of the Future Syria Party read by party member Saleh Hajj Muhammad, through which he referred to aborting revolutions since ancient times and exploiting peoples by foreign agendas and division plans in many geographical locations in the world.

The general directives also pointed to the sensitivity of the period in which the future Syria party was formed: "As Syria and the region live under the chaos and wars close to the decade. These opportunities provide the possibilities of the struggle for peoples and the forces of freedom and democracy.

The directives also touched on the goals and principles of the party and pledged to follow in their footsteps of the martyrs headed by the martyr Hevrin Khalaf.

Then, the congratulatory cards were read and then the head of the Future Syria Party, Ibrahim Al-Qaftan, delivered a speech that emphasized the party’s position that reject the Turkish occupation of Syria and its support for mercenary factions. And that their confidence that stems from their confidence in the Syrian Democratic Forces. They will always be with the Syrian people's demands.

Al-Qaftan affirmed the party's adherence to its position in supporting the people's demands and aspirations: "Our party went to more strict and tough positions by working to shift the balance of power in the interest of our people and paving the way for the Democratic Forces Conference through the field initiative that gives the slogans the necessary impetus to turn into concrete goals."

The chef de cabinet read the business report for the Manbij branch within two years of its formation, and then opened the door for discussion on these actions.

After the discussion, the head of the General Organization Office of the Future Syria Party, Ali al-Hamidi, explained the mechanism of electing the members of the Manbij branch, its president and his deputy, and drew to the secret election mechanism, while the votes are sorted openly, and accordingly an independent committee was called to supervise the mechanism of conducting the elections and counting the votes.

Opening the door for nomination for both the branch president and his deputy, which Azaab Al-Aboud won as head of the Manbij branch, Imad Al-Mousa as its deputy, 33 members of the branch and 3 other members were elected as a discipline committee.

At the end of the conference, the closing statement was delivered by the newly elected head of the Manbij branch,Azaab Al-Aboud, in which she mentioned everything that took place in the conference and its results.

The conference concluded with chanting slogans calling for a democratic, pluralistic, and decentralized Syria. 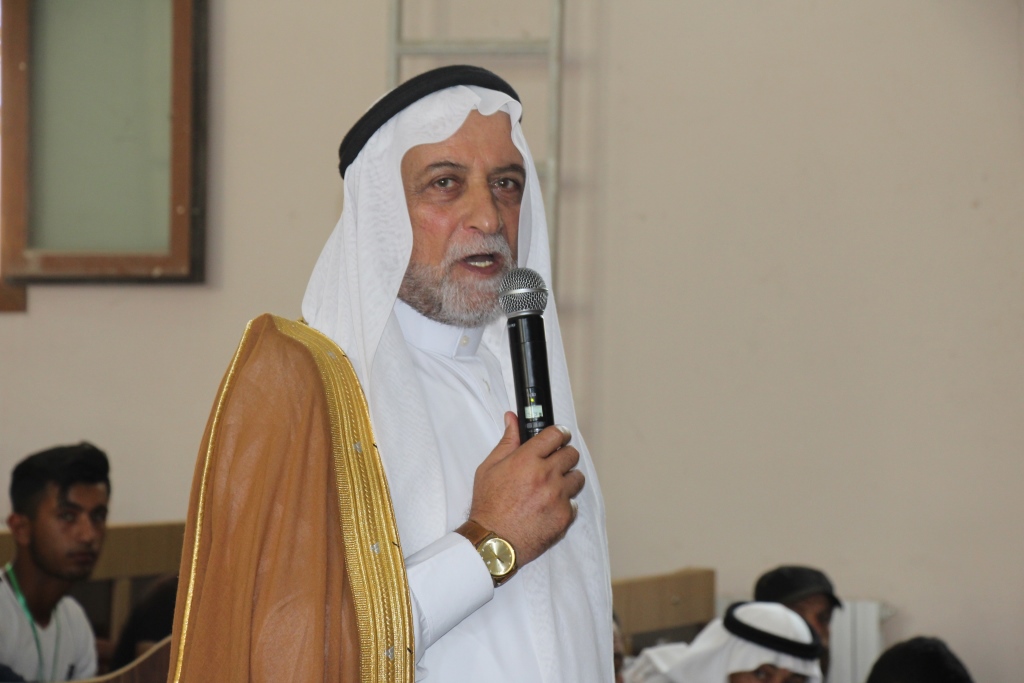 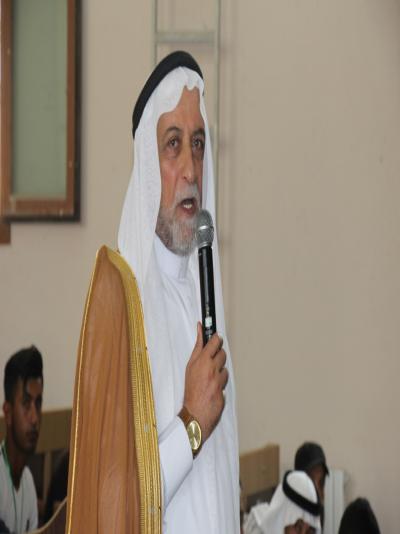 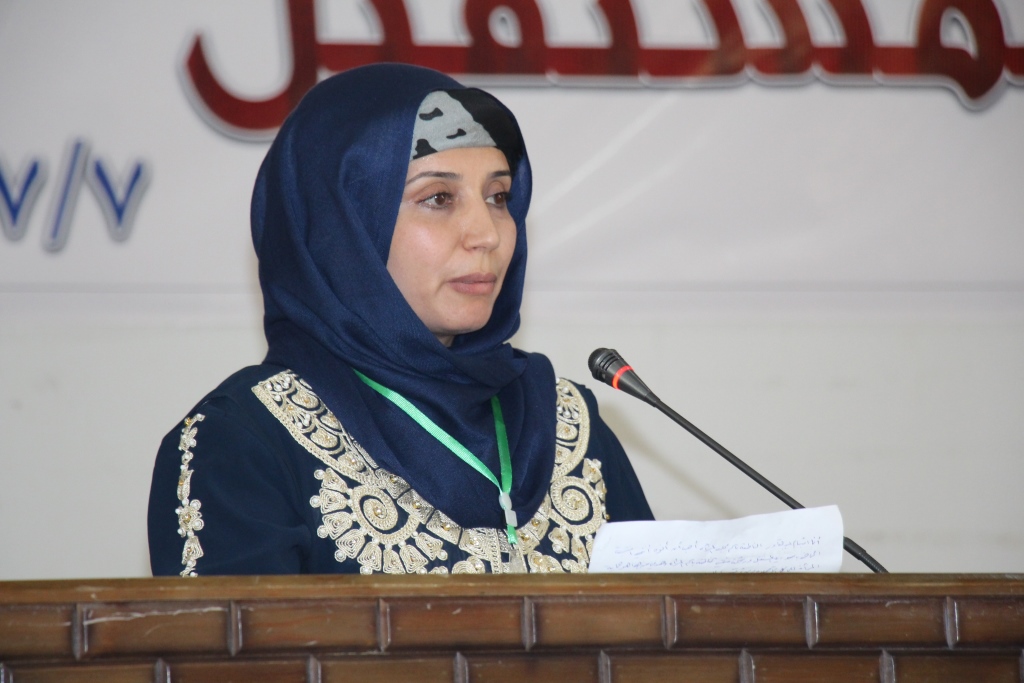 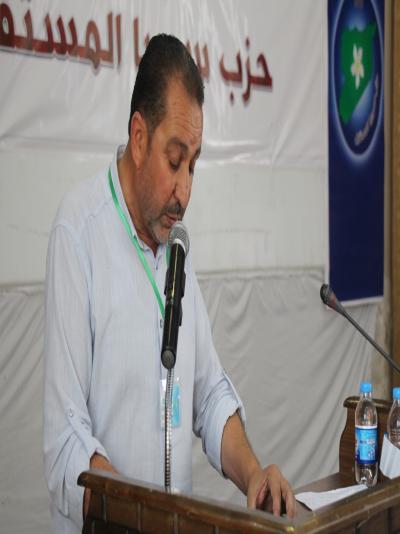 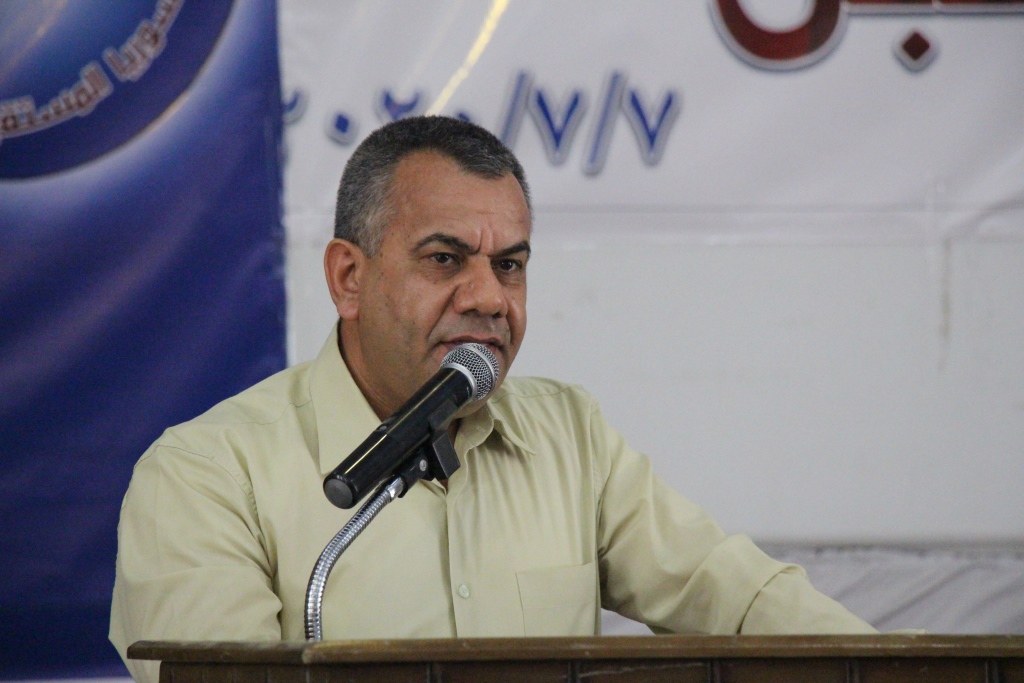 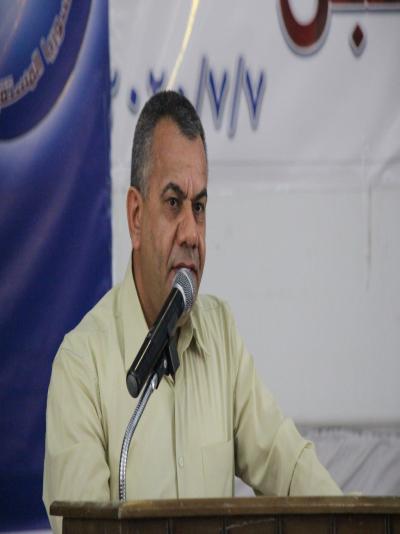 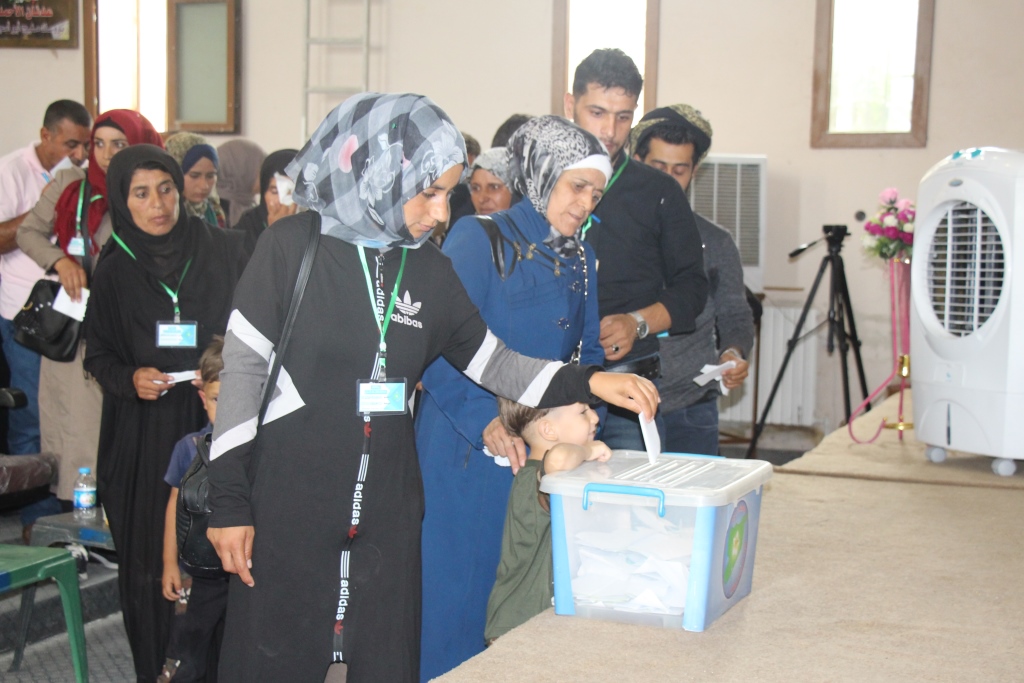 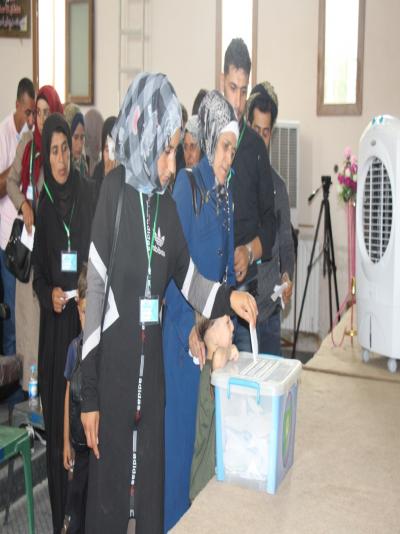 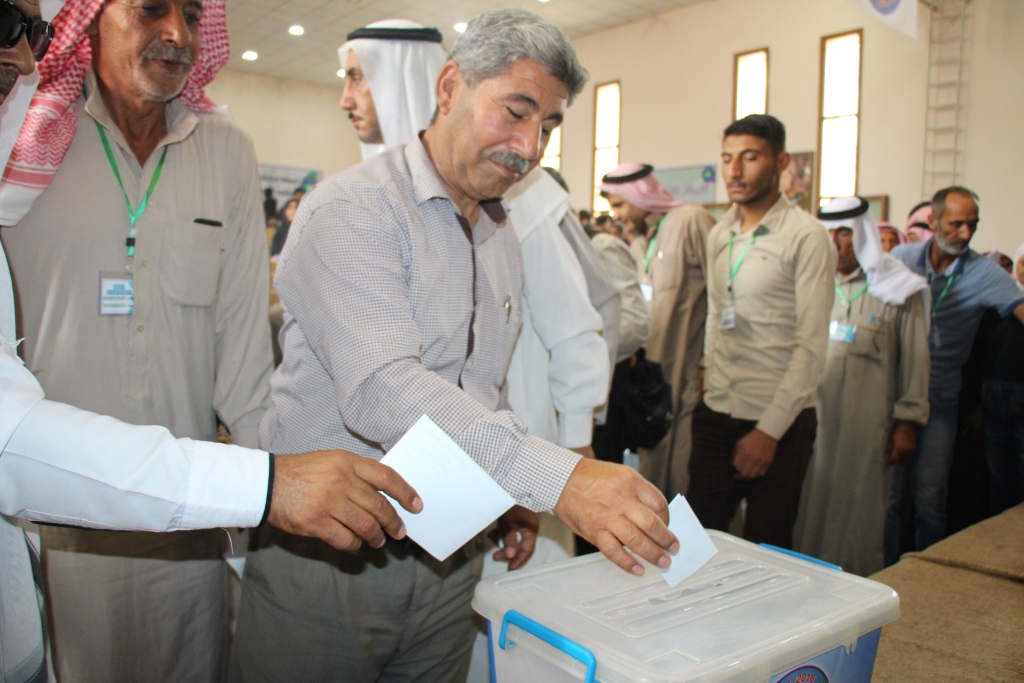 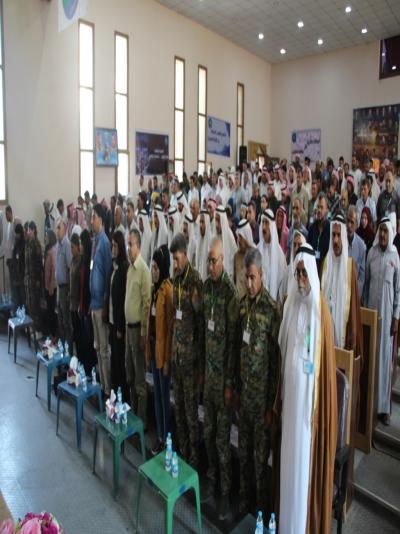 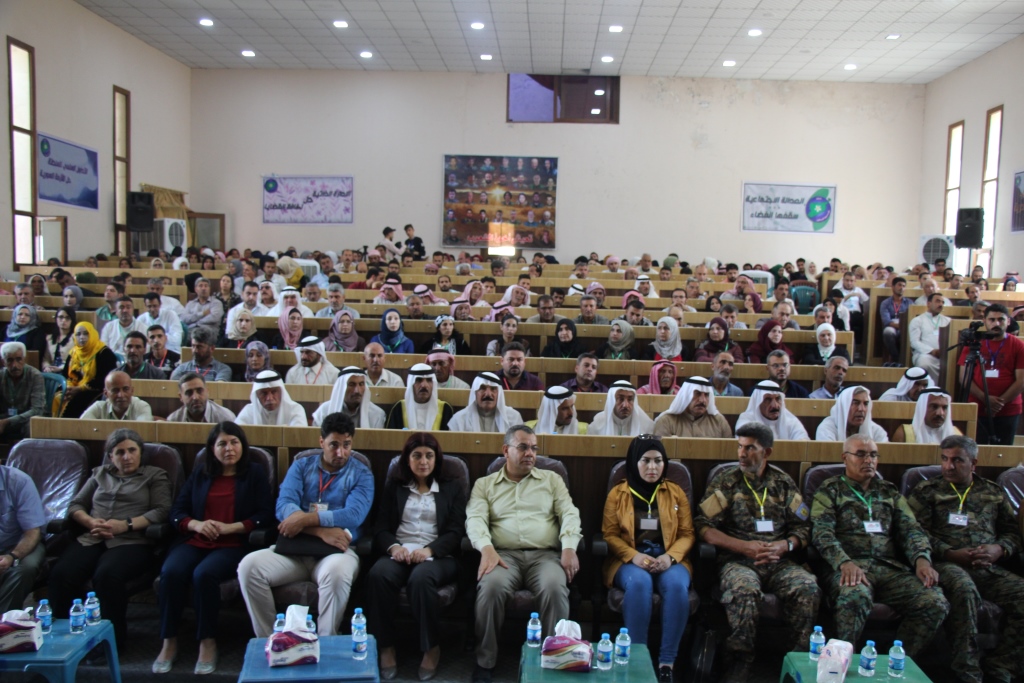 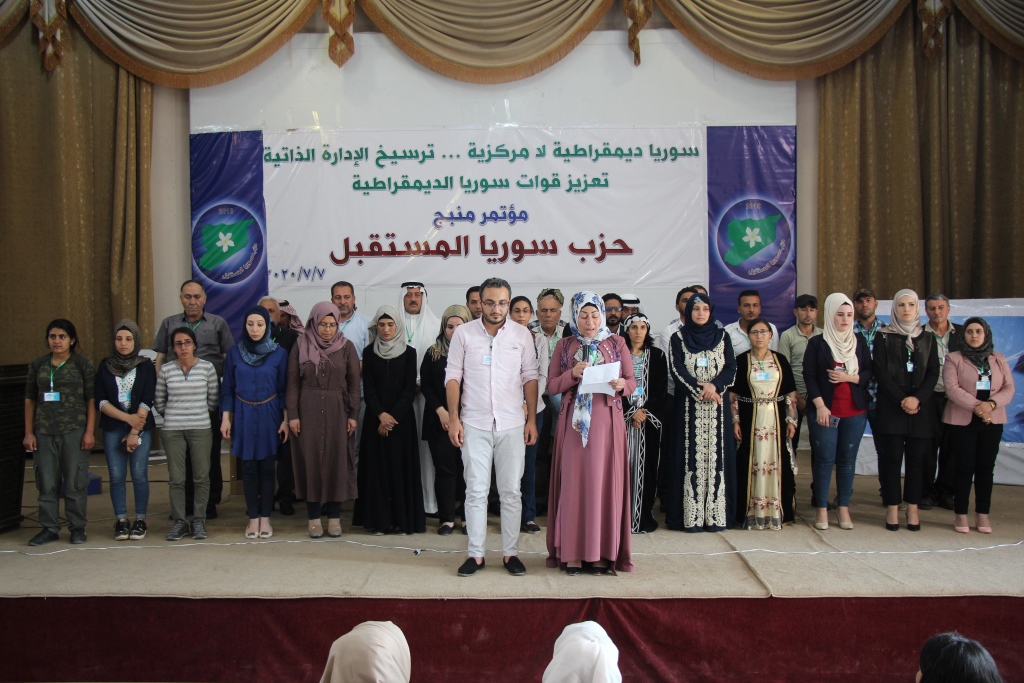 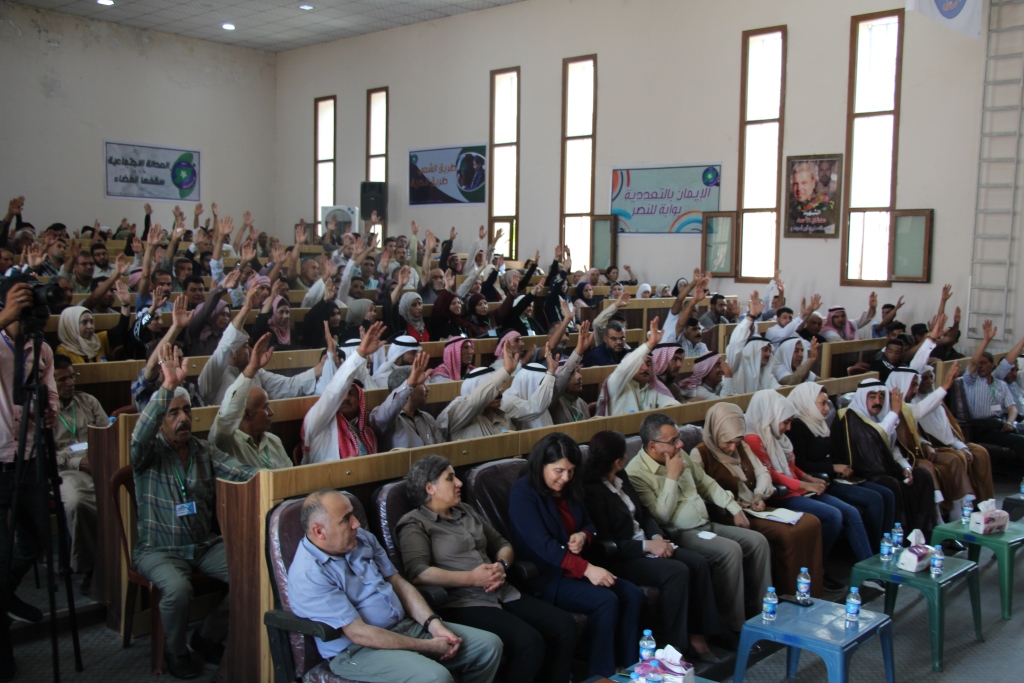