ANHA’s agency met with the head of the Office of Displaced and Refugee Affairs in the Autonomous Administration of North and East Syria, Sheikhmous Ahmed, said,” we have a lot of camps, as well as to hundreds of IDPs those who were forcibly displaced from the fierce battles between the conflicting forces, in addition to the unthinkable devastation on infrastructure due to ISIS battles.” 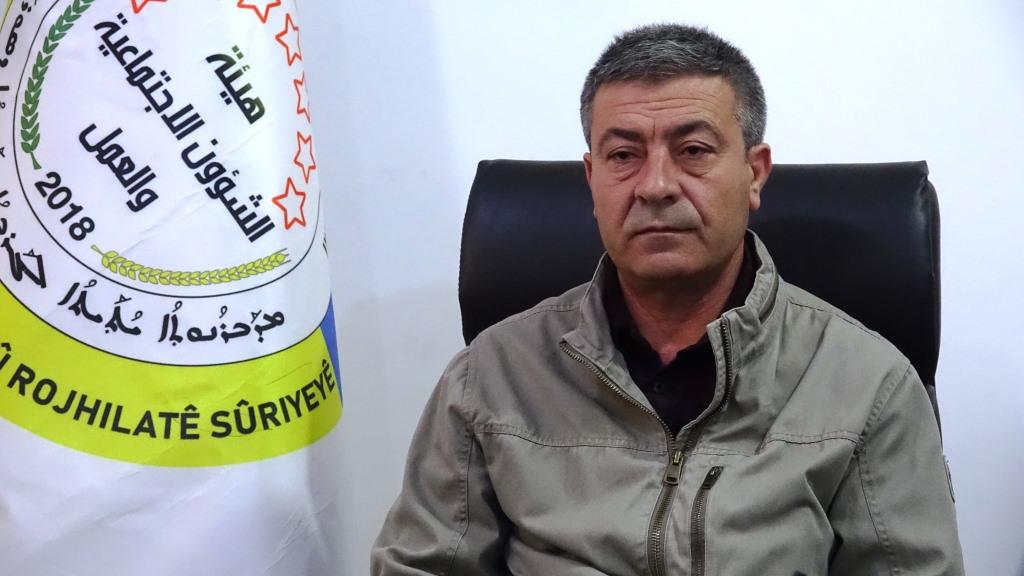 Ahmed explained: "There are also displaced persons as a result of the brutality of the Turkish occupation army and the mercenary groups associated with it, Shahba, Ras al-Ain, Afrin and Tal Abyad, along with Syrian displaced persons who came from the West Bank of the Euphrates River, including from the Syrian interior, as well as approximately 30 thousand Iraqi refugees and 10,000 families of ISIS mercenaries deployed in al-Hol and Roj Camps.”

"The number of people living in camps in NE, Syria is about 1 million, including the families of ISIS mercenaries and refugees from the State of Iraq."

"There are more than 100 random camps, spread in Raqqa, Manbij and Deir ez-Zor, 58 of which are in the countryside of Raqqa."

He went on to say that, "The capacity of AANES to house displaced persons is limited, as it does not have the potential, given the failure of organizations and the United Nations to support and support displaced persons. If the administration opens its doors to displaced persons, there will be a large number of people who want to live in their areas."

"The number of official camps run by AANHES is 16, spread over the territories in the AANES’ areas, 6 camps in Jazira, 1 in Raqqa, 1 in Tabqa, 2 in Manbij, 1 in Deir ez-Zor and 5 in Shahba."

"The closure of the al-Yarubiya crossing (Tel Kocher), through which humanitarian assistance was entering the area, was closed by the Security Council in 2018, and so far no resolution has been issued to open it. This constitutes a significant burden for AANES in the absence of support."

He noted "the inaction of humanitarian organizations, especially in the context of the Russian-Ukrainian war, and the discontinuation of most of the support and assistance programmes provided by the United Nations and its organizations".

"The current conditions, the air and ground attacks of the Turkish occupation and the ISIS mercenaries' cells, especially in al-Hol Camp, pose a danger and difficulty in the work of AANES and humanitarian organizations."

Ahmed called on States with nationals in camps in the region to come back them; to relieve the burden of AANES", the State of Iraq had suspended the return of its nationals in the past; for reasons within the Iraqi Government.”

the head of the Office of Displaced and Refugee Affairs in the Autonomous Administration of North and East Syria, Sheikhmous Ahmed, concluded by emphasizing that "AANES will provide services and support to displaced and displaced persons with all available means", demanding that the United Nations and the International Alliance "provide assistance to camps and shelters.”