In the context of the declared Turkish war against the peoples of northeast Syria, the Turkish occupation state follows numerous hostile means against these areas, such as lowering the water level of the Euphrates River and leaving it vulnerable to pollution, which may negatively affect Syria and Iraq. 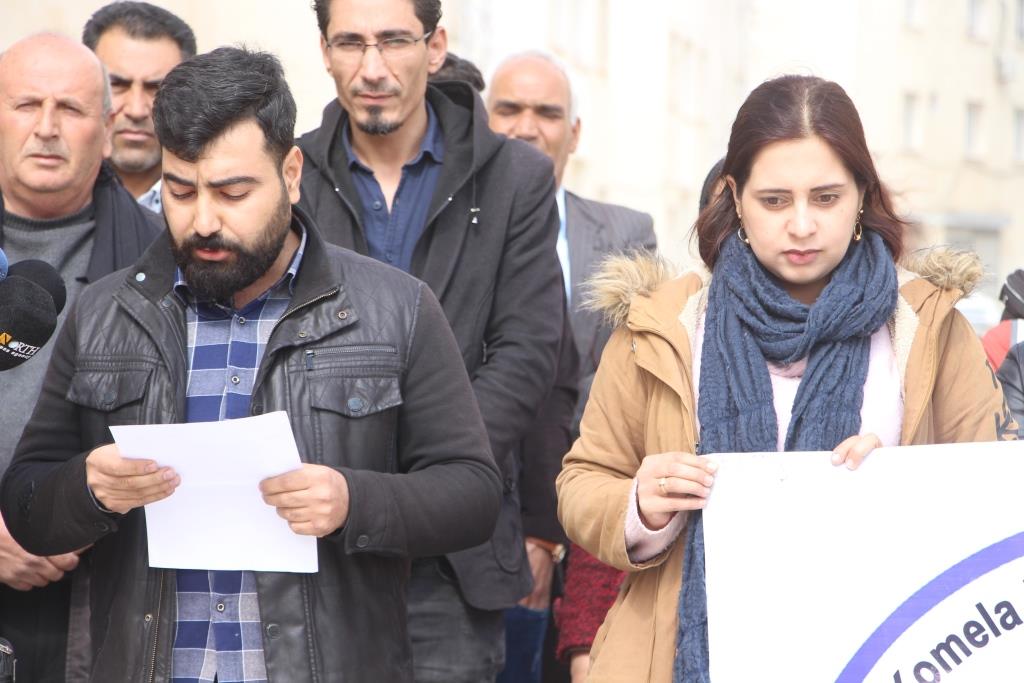 In this context, the Euphrates Region-based delivered a statement to public opinion explaining the extent of the failure of the international community in the face of the violations committed by Turkey against the peoples of NE Syria and the damage caused to the river's course.

The statement was read by Ahmed Daoud, the Co-chair of the human rights organization in the Euphrates region, in which he said:

To the UN Secretary-General, heads of international parliamentary unions, regional parliamentary assemblies and all human rights and humanitarian organizations .. We express our denunciation and condemnation of the heinous crime that the Turkish government continuously and consecutively reduces the water flow of the Euphrates River, which threatens to cause both a humanitarian and a natural disaster.

The Euphrates River is one of the international rivers, which is one of the most vulnerable sources of water to pollution and depletion as a result of it passing through more than a country, leading to the change in the quality and quantity of water in the countries it runs through and that springs from Turkish territory. Turkey is the river spring spot, which led to the Turkish government controlling it as it built many dams, reservoirs and water projects, which negatively affected the quality and quantity of River, as the level of the river decreased gradually, pollution levels increased, and an increase in its water temperature occurred. This is due to the hydroelectric projects and its continuous attempts to use it for its benefits without respecting the charters, covenants and international agreements and respecting the neighboring countries share of its water. It has also invested large areas on its banks, which is estimated at about 1440000 million dunams. The Turkish regime also weaponizes it against civilians without taking into account the humanitarian needs. The Turkish government does not recognize the statehood of the Euphrates River and considers it a "national" river that is subject to its sovereignty and calls it the name of waters beyond the borders. The issue of adapting the legal nature of rivers in general and the Euphrates River in particular is necessary as this enables us to the nature of giving a proper legal description, as these acts and practices are considered harmful an approach, grave, immoral and inhumane, a war crime and a "flagrant" violation and assault on all international charters, conventions, norms and covenants that blatantly violate the principles of the United Nations, the provisions of international law, and the resolutions and articles of the Security Council.

The displaced: Orgs do not undertake their responsibility

A decree was released by the Autonomous Administration of North and East Syria stipulates We...

SDF carries out operations against mercenaries in NE, Syria

The displaced: Orgs do not undertake their responsibility

SDF carries out operations against mercenaries in NE, Syria