Arab Hassan Kabir village was shelled by the Turkish occupation mercenaries from the Arab village of Hassan Hassan Sagheer today, which affected the homes of civilians. Arab Hassan is located northwest of the city of Manbij on the line of the Sajur River separating the Turkish occupation mercenaries on the one hand and the forces of the Manbij Military Council on the other.

As a result of the shelling, Mohammed Hajj Hussein Al-Khalaf, 30, was wounded, and civilians’ homes were destroyed by 6 shells that fell on the village. 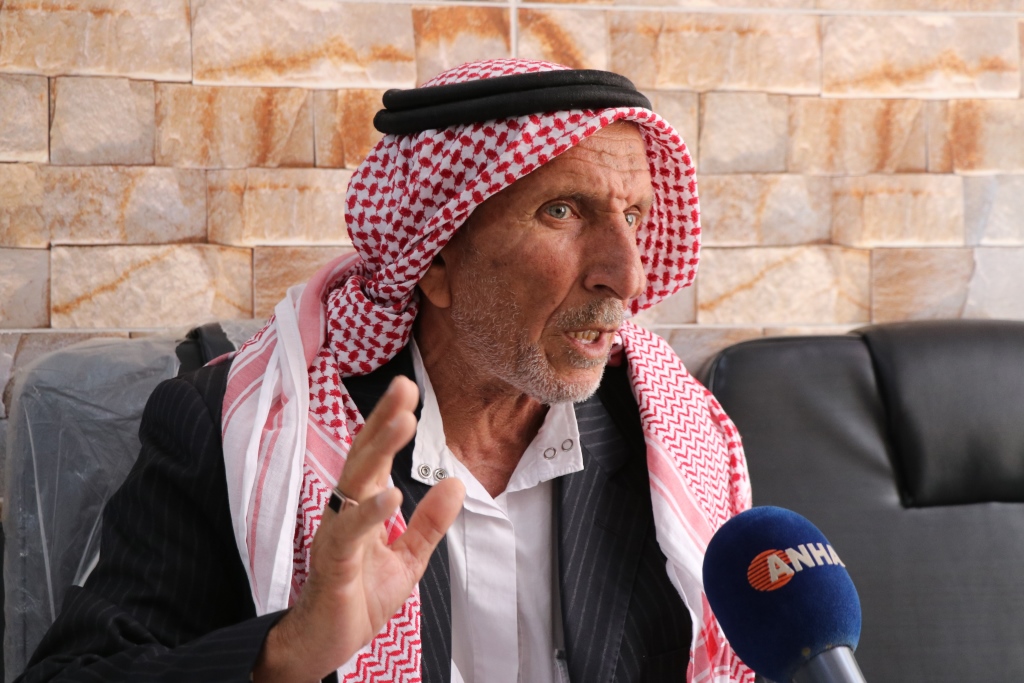 He pointed out that he stayed at his home until the shelling stopped, confirming that at least 6 shells landed in the village, and when Uncle Ali left his home, his relatives in the village told him that his nephew had been wounded and taken to the city of Manbej, and he explained that he had examined the location of the shelling in particular and saw that the shell hit the wall of the house, which resulted in the injury of Muhammad al-Khalaf.

Uncle Al-Khalaf confirmed that their village is being bombed at random and at a time targeting civilians’ homes, wondering, wondering at the actions of the Turkish occupation: “what do they want, we do not know.”

According to the medical staff supervising the case, Mohamed Hajj Hassan Al-Khalaf suffered a slight head and foot injury, while the abdominal area was seriously injured, resulting in liver tear and internal bleeding, and the necessary operations were performed while he was under intensive care until his health improves.

Of note, the village of Arab Hassan Kabir witnessed shelling in early April that killed a 5-year-old girl and injured her parents.

“Struggle must be escalated; occupiers expelled from our land”

The families of the martyrs in Qamishlo canton stressed the need to escalate the struggle to...

Hours after the attacks.. a demonstration in Ain Issa condemning Turkish occupation's attacks

Students and the people of Ain Issa district went out with a demonstration condemning the Tu...

For the second successive day, Russian planes have renewed their shelling on Jabal Al-Zawiye...
Old Website

“Struggle must be escalated; occupiers expelled from our land”

Hours after the attacks.. a demonstration in Ain Issa condemning Turkish occupation's attacks

Turkey has turned into a shield to protect ISIS