The Turkish occupation authorities, with the support and financing of Palestinian brotherly associations, continue to make the demographic of the occupied areas, in particular the occupied canton of Afrin, through settlement-building and the elimination of nature.

According to the Media Office of Human Rights Organization Afrin-Syria, Turkish occupation mercenaries cut down more than 345 thousand perennials and forested olive trees after the occupation of Afrin canton, burning more than 11 hectares of agricultural land, stripping forests of trees overlooking on Maydanki Lake in Shara.

But the General Department of the Environment in the Autonomous Administration of North and East Syria said in a statement on September 8 that nearly 2 million trees had been uprooted since 2018. " 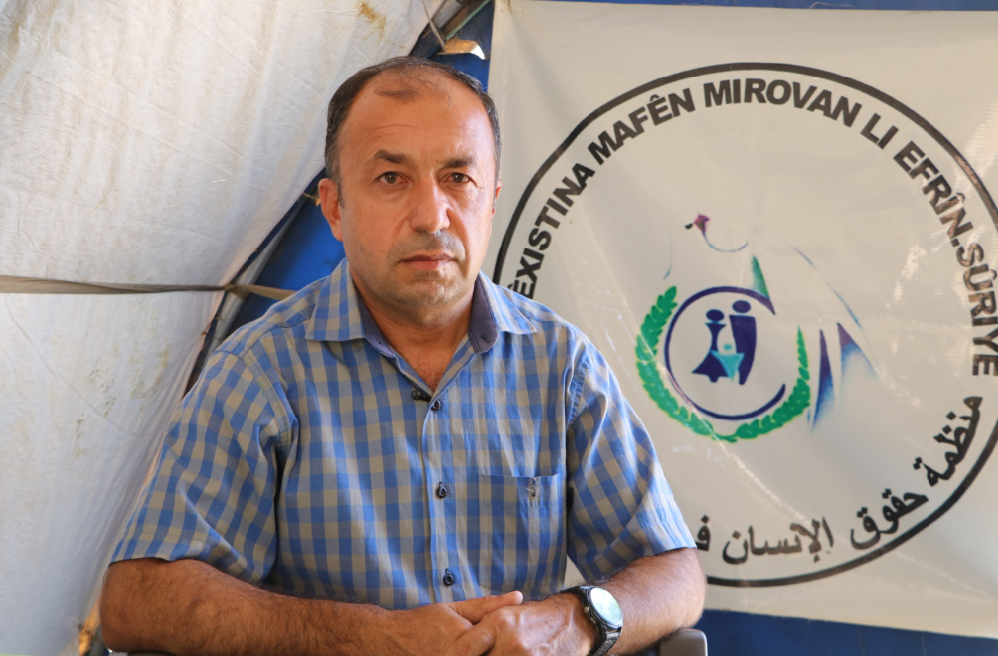 "Occupied Afrin has witnessed daily violations against its landmarks, neither stones and nor trees were safe from atrocities of Turkish occupation with the aim of changing its demography and eliminating its nature, within the plan it has implemented, since its occupation in March 2018."

On the recent crimes of Turkish occupation against nature, Sheikho stated that "recently, video clips have appeared on virtual media, proving the unfair logging of coniferous trees by Turkish occupation mercenaries under the supervision of Turkish intelligence, in the front the eye of the international community without any accountability.”

"The Turkish occupation authorities continue to establish settlements under the humanitarian names of settlers in the occupied areas."

More than 4 thousand trees were cut in Maydanki Lake

During his speech, Ibrahim Sheikho revealed their documentation at the human rights organization Afrin - Syria for the crimes of Turkish occupation in Afrin "Through our monitoring and documentation, we are the human rights organization Afrin - Syria, when it posted on the virtual media, near Maydanki Lake more than 4 thousand coniferous forest trees were cut down by the so-called” Revolutionaries Body”, including the Sultan Murad mercenaries who cut down so many trees in this area, by the so-called (Abu Bilal) and his group, in the course of hours they had cut thousands of trees using electric saws and bulldozers, swept away dirt and uprooted trees significantly. "

Human Rights Organization spokesman Afrin-Syria Ibrahim Sheikho affirmed that "the violations made by the Turkish occupation authorities and the implementation of these brotherly associations are aimed at consolidating the Turkification policy and leaving the region later; to annex it in Turkey as they did in the Sanjak of Alexandretta under humanitarian names “

In conclusion, Ibrahim Sheikho addressed organizations and associations working to change Afrin's occupied demographic by stating that "this work is not right and that the right action is to support and assist the displaced Afrin people in the camps in al-Shahba canton, who live in difficult conditions under the siege and daily bombing by Turkish occupation and mercenary.”

The civil activist from As-Suwayda, Shadi Azzam, explained that a large segment of the peo...

The Catalan delegation, headed by parliamentarian Robin Wangisberg and his assistant Marc ...

The sheikh of the Walda tribe, Hamid al-Faraj, praised the unity and popular cohesion show...

-  Al-Faraj: Popular unity is a force to curb Turkish occupation