Naisse: Agreements on Idlib are transitional, Turkey is regional repository of terrorism 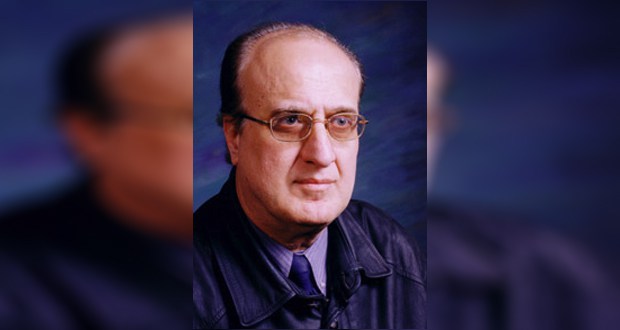 Aktham Naisse said that the issue of Idlib is still under debate and negotiation. What happened during Tehran conference, Sochi Summit and the bilateral meeting are mostly transitional, transient and changeable agreements.

ANHA agency held an interview with the Syrian opponent Aktham Naisse to talk about the Syrian crisis and the meetings held between the countries for Syria and Idlib in particular.

Naisse pointed out that the agreements on Idlib are fleeting, and that Turkey's goal is to reach its target and achieve its interests in Syria, especially the elimination of the democratic project in the north of Syria, stressing that the opposition in all its spectra and the regime have managed in one way or another to resolve the Syrian crisis and the future of Syria, pointing out that Turkey is the regional repository of terrorism and terrorists.

There have been several meetings between the countries that call themselves the guarantors for Idlib, in your opinion, where is the situation in Syria in general and Idlib in particular?

First, the talk about the areas of de-escalation and the guarantor countries has long been without any content, and this term only refers to the countries with effective influence in the Syrian crisis, not less or more.

It can be said that the issue of Idlib is still under debate and negotiation, and what took place during the Tehran Conference and the Sochi Summit is mostly transitional and fleet, changeable at any moment. This reflects the desire of Russia and Turkey to use this paper to the maximum as it is the last paper in which Turkey can blackmail all other regional and international parties, to gain more political gains in their favor and the most important of all, the main Turkish ambition is North Syria and create a positive regional and international climate, to weaken or contain areas of self-management, in this sense, Turkey, which opened many doors and gaps in the Sochi summit, allows its diplomacy through these loopholes to blackmail the other actors in the Sochi agreement, such as the heavy disarmament mechanisms and the place to which they will be transferred. The place to transport thousands of terrorists, and ensure the international route passing from Idlib. Russia, too, will not accept the presence of Turkish bases or Islamic forces hostile to its presence, on the Turkish-Syrian border, threatening its bases and presence in Syria, so it can be said that Idlib is caught between a rock and a hard place.

As for the Syrian crisis, although it has entered a new track leading to solving and putting an end to it, the details of this track opens the door for eternal negotiations and political bargaining, but resolution No. 2254 asserts the necessity to bring about political changes in the structure of the Syrian regime as a condition to proceed with the political solution. Accordingly, the Syrian regime is becoming a stumbling stone to the final solution of the Syrian crisis day by day, as well as other complications related to the political gains of the parties that interfered in Syria. Anyway, I see bringing about a change within the Syrian regime or at least making democratic political changes in Syria like elections and others will pave the way for rapid solutions.

Observers to the Syrian status quo see that Turkey is trying to show itself as if eliminating terrorism in Idlib by announcing Jabhit al-Nusra a terrorist organization, while there are many others that Turkey is still supporting under the cover of promoting its observation points, how do you read this scenario?

Turkey has become today a regional repository to terrorism and terrorists, practically, it was the gate to Syria where terrorists have passed through as well as a station to organize their affairs, besides that, it became a haven for them to catch their breath, this can be easily noticed as thousands of terrorists await in Istanbul streets boasting of their combat and terrorists operations fearlessly.

The Logistic support that Turkey provides for the terrorists and other Islamic forces is crystal clear. Days ago, it took a shy position by considering Jabhit al-Nusra as terrorist only by label, not action actually, many Western media outlets have spoken of sending Turkish reinforcements to Idlib and arming the Islamic factions including Jabhit al-Nusra with complicated weapons.

This Turkish position is clear message to all parties that the Islamic factions are only a paper in its hand and Turkey is sole decision-maker in regard of their fate, thus becoming the hegemonic part on the negotiations table.

It must be noted that all regional alliances currently made are only of fleeting character capable of changing at any moment, I guess that the Idlib issue, namely, the final stages of the Syrian solution will be bringing about new regional and international alliances, considering the global dimension of the Syrian issue and its influence on the world policy, these alliances will not only be fleeting but also of strategic and long-term character.

Each guarantor state has its goals in Idlbi, as you catch up with the Syrian situation, how will the relations amongst these states be if they do not agree on Idlib fate?

It is natural that Turkey plays and manipulates papers and tools in its hands according to its strategic and present interests, including the Islamic factions, the number of these factions are contradicting which is a part of media propaganda and intimidation suggesting to Russia and the regime that huge numbers would fall if they tried to break into the city. Having reached an agreement, the number was reduced to some thousands in order to protect tens of thousands of terrorists from expatriation, disarmament, annihilation and arrest.

What is the effect of these statements over Idlib on the Sochi, Astana track?

Astana, Sochi, and Geneva all these tracks have been ignored since the crisis began to take more practical tracks as bilateral, tripartite summits, etc... were held, most importantly is that the local sides have no place in all these activities related to Syria, neither the opposition in all its spectra nor the regime is participating in some way or another in drawing expectations of Syria in the future which reflects the extent of collapse and political flocking of these parties.