Jamal Hamo: Walid al-Moallem must send his forces to restore the occupied territories 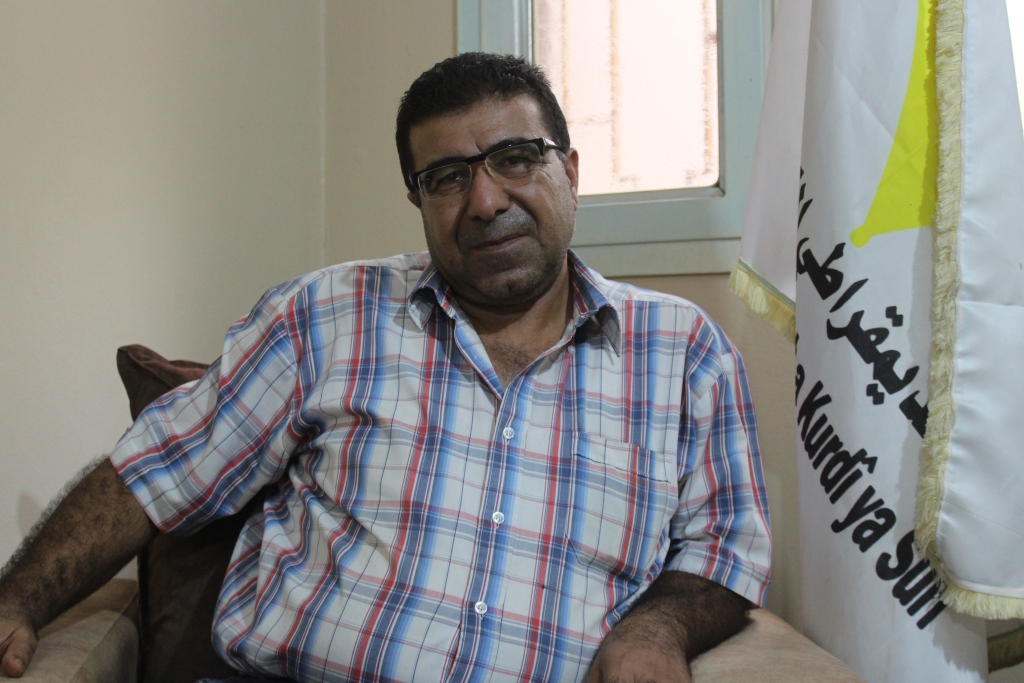 The Politician Jamal Hamo said that the People and Women Protection Units (YPJ,YPG) and Syrian Democratic Forces (SDF) liberated the Syrian territories and maintained them, the Minister of Foreign Affairs Walid al-Moallem it should send his forces to return Syrian 's territories from the occupation .

A member of the Political Office of the Syrian Kurdish Democratic Party Jamal Hamo answered the questions of  Hawar news agency (ANHA) on the latest political developments Syria. Hamo said that the People and Women Protection Units (YPJ,YPG) and the Syrian Democratic Forces SDF were the ones who kept the Syrian territories, and rejected the statements of the Minister of Foreign Affairs Walid al-Moallem, in which he threatened the areas of East Euphrates.

What is the real purpose of the agreements between Russia and Turkey regarding Idlib?

The agreements between Russia and Turkey are short-term. There is  great purpose of Autonomous Administration project in North and East Syria, and Turkey has made substantial concessions to Russia in order to thwart this project.

Turkey seeks to be an influential regional force in the region, and tries to promote the idea that peace in Syria will be achieved through the Turkish portal. The aim of all this is to obstacle the Autonomous Administrationproject in North and East Syria under the leadership of the Syrian Democratic Council SDC. Turkey is therefore trying to be part of any solution to Syria.

Will the agreement be successful in light of the contradictions in the statements of the factions existing in Idlib?

There is no contradiction between mercenary gangs , and not as it appears in the media. The truth is that all mercenary gangs follow the agendas of the Turkish government, all of which operate under Turkish flag and in coordination with Russia.

What is your comment on the statements of the Foreign Minister of the Syrian regime, in which he said that their next goal after Idlib is east of the Euphrates?

Walid al-Moallem should review himself and send his forces to liberate Idlib, Azaz ,Jarablus and al-Bab. There is occupation. As for the People Protection Units (YPG), they have secured these areas and prevented Daesh from controlling them.

What is your vision of the future of Idlib?

There is no clear vision of the future of the situation in Idlib, given the existing complexities. There are Russian interests, as well as the Turkish-Russian agreement, as well as the mercenary gangs in Idlib. All of these parties do not have a specific goal of interest or protection of Idlib people .All factions, as well as countries including Syria and Turkey, are working for their own interests.