The demonstration began in front of the Youth Center and roamed the main street, chanting the slogans of the freedom for Ocalan, and demanding the disclosure of his status.

The demonstrators gathered in the Martyr Ghamgin Square. They stood for a minute of silence, and then the administrator of the Syrian Revolutionary Youth Union Kamal Bashar read a statement on behalf of the demonstrators, saying: "The international plot against the leader Abdullah Ocalan has been going on for 21 years. This plot targets the people of the Middle East in general, and the Kurdish people in particular."

The statement also noted that Imrali fire was also a plot to target the free democratic ideology of the leader Abdullah Ocalan.

At the end of their statement, the demonstrators pledged to follow the path and philosophy of Abdallah Ocalan, and to continue their activities and sit-ins until the status of Ocalan is known.

The demonstration ended chanting the slogans that call for the freedom of the leader Ocalan. 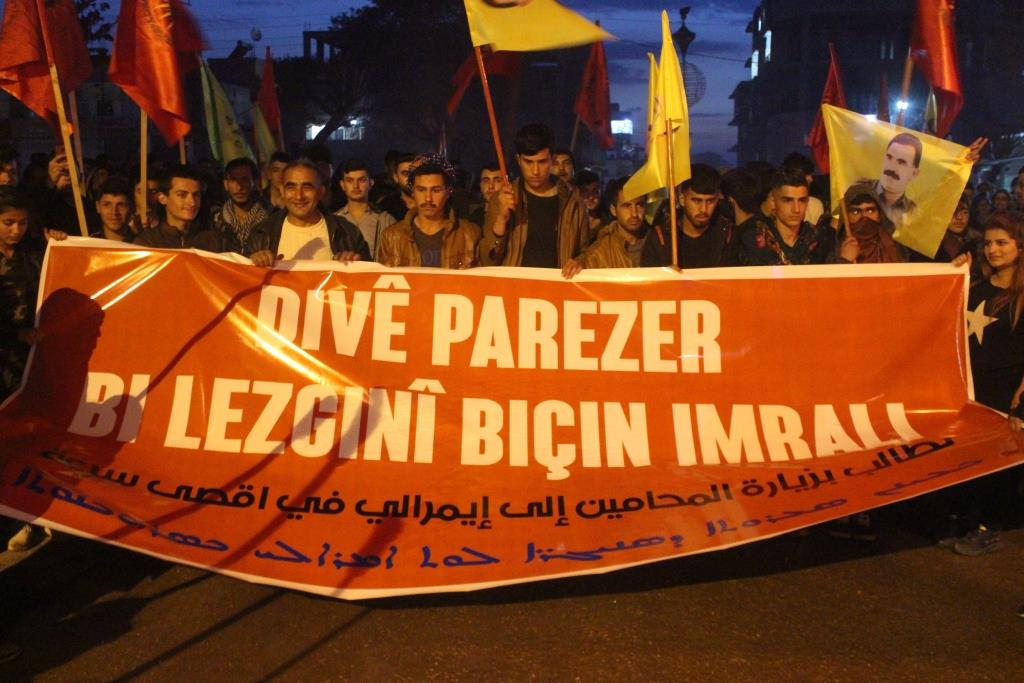 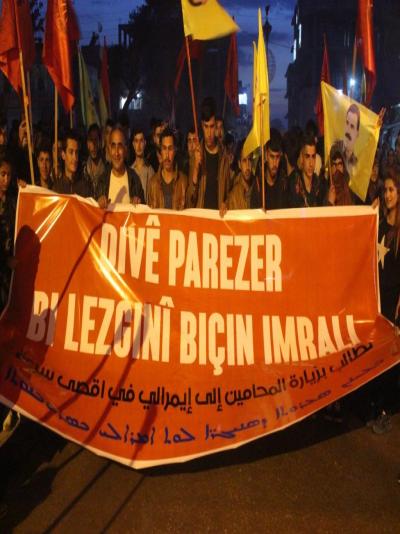 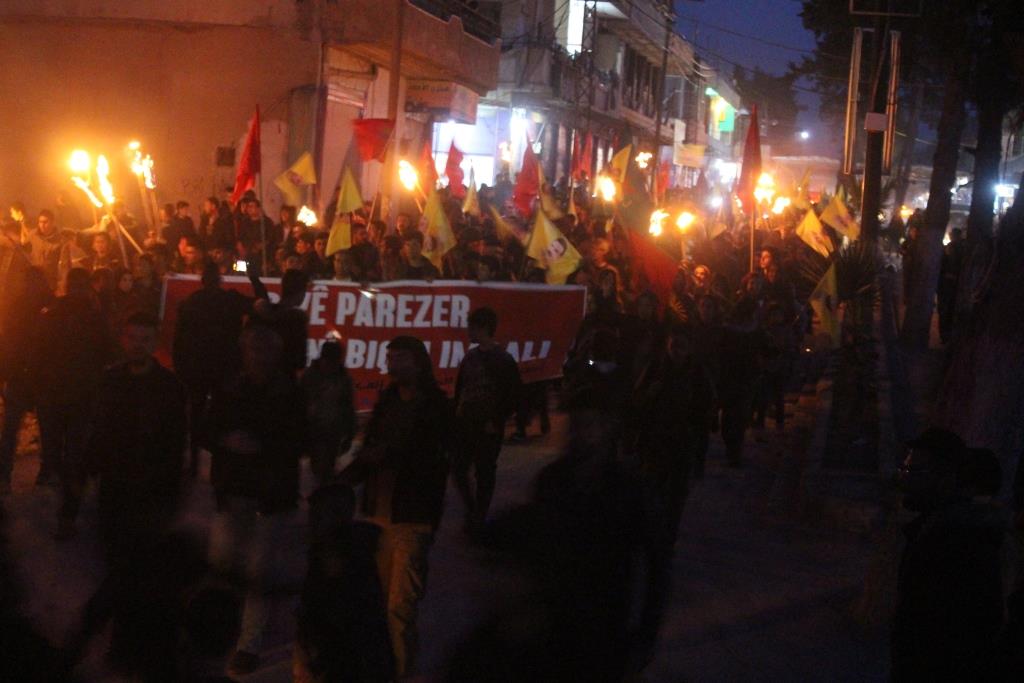 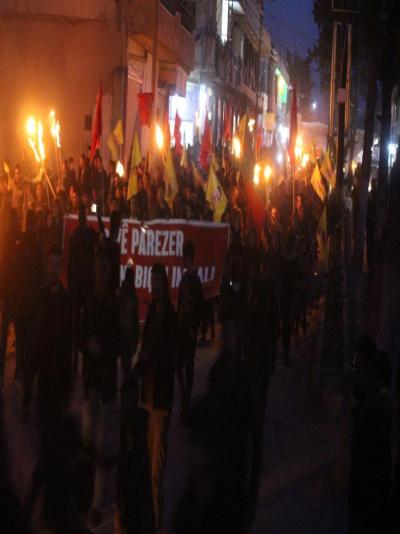 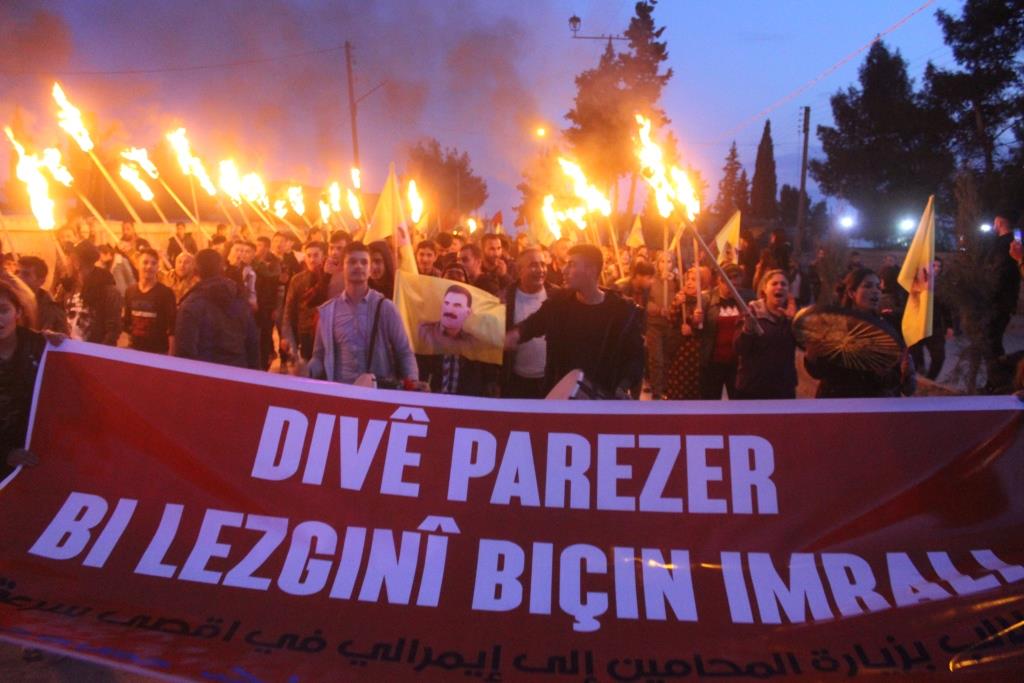 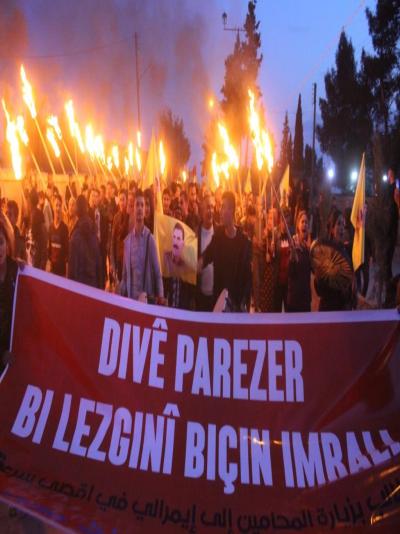 The youth of the Democratic Union Party concluded the 4-hour and 13 km march to call for ver...

AL-Hasakah youth: No one cannot undermine our free will that granted by Ocalan

The Revolutionary Youth Movement in al-Hasakah city confirmed that the Turkish occupation ca...

The Movement of the Syrian Revolutionary Youth in al-Hasaka city called on the parties conce...
Old Website