Under the slogan "No to Occupation and Extermination, Let Us Together Protect Women and Life," and within the campaign launched by the Kongra Star in North and East Syria, the Kongra Star held today an extended meeting in Al-Madina stadium in al-Darbasiyah district. 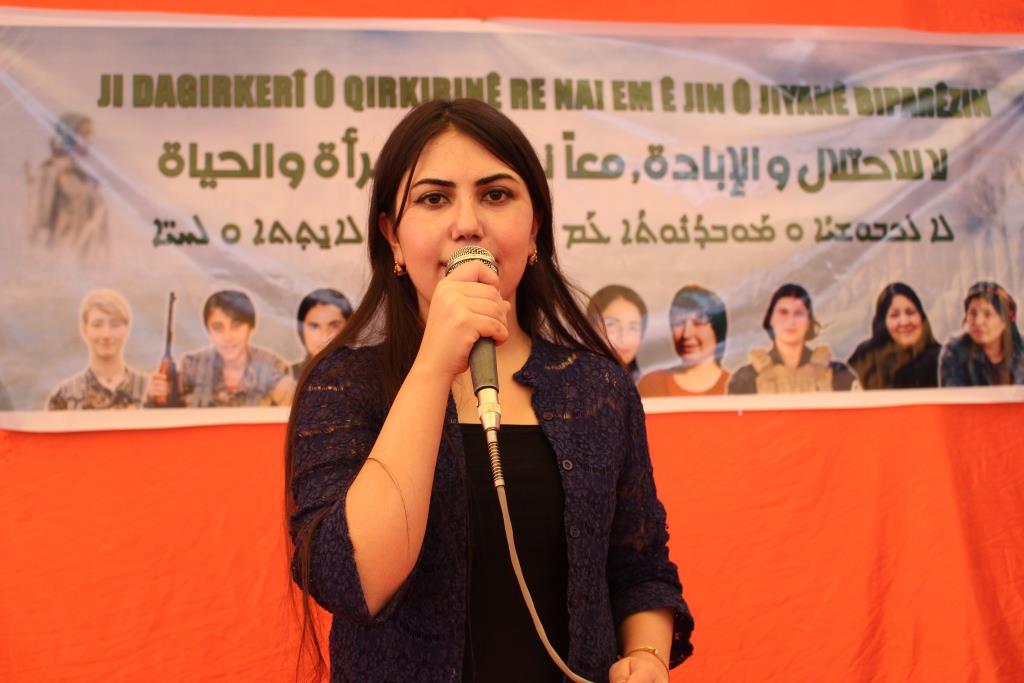 Hundreds of residents of the city and villages of al-Darbasiyah, in addition to civilian institutions participated in the meeting. The meeting began with a minute of silence in tribute for the souls of the martyrs, and then the Member of the Kongra Star Coordination in North and East Syria, Reyhan Luqu, spoke about the importance of the gains of the women's revolution in north and east Syria, and said: "We must protect the gains and standards achieved by women in the North and East Syria Revolution."

Reyhan pointed out: "The Kurdistan Freedom Movement in the four parts of Kurdistan has been struggling since forty years in the face of occupation and the dirty plans that the capitalist countries organize against the Kurdish people with the aim of dividing it and making the Kurds a means of occupation, just as Turkey has been doing since 10 years in Rojava."

Reyhan added: "Turkey is working by various means to strike the gains in north and east Syria by targeting women and committing violations against them, as we have seen in Afrin, Şengal and the rest of the occupied cities, since Turkey believes that women are the secret of the success of Rojava Revolution."

She continued: "Now, it is working to fight the gains of Rojava via the special war that it is organizing on the political, diplomatic and media levels with the aim of striking the project of the Democratic Autonomous Administration."

In the conclusion of her speech, Reyhan stressed that women in north and east Syria must organize themselves more effectively from an organizational point of view to be able to stand against the plans drawn up by the colonial countries in order to break their gains in Rojava.

Then, the meeting ended with chanting slogans that salute the resistance of women and demand their freedom.