During the activity and after a number of speeches delivered at the celebration of the International Women's Day, the General Women's Office of the Future Syria Party in Aleppo, the Young Woman, the Syrian Women's Council and the Yazidi House sent telegrams congratulating the mothers of the martyrs and the women of the world and the Middle East who are struggling against the violations and oppression of the terrorist gangs and the Turkish state.

It was also pointed out in the telegrams that the resistance of women throughout history has been able to create a lot of revolutions and important historical incidents, among them Nefertiti, Zenobia, Rosa Luxemburg and Leyla Kassem.

The telegrams also confirmed that March 8th is a new birth for the oppressed peoples. The sides also promised through their telegrams to continue the struggle and liberate all women from the authoritarian mentality, enslavement and the work to unify and liberate the Syrian lands.

Then, a theater scene titled "Two-Faced" performed and centered on taking the women in Rojava the line of liberation from the enslavement imposed by religion and capitalism, so they adopted the resistance following the approach of the Kurdish people leader Abdullah Ocalan.

Then, the women's bands (Kevana Zerin) and (Flowers of the Future) presented their artistic performances in dancing and singing.

The celebration ended with dancing al-Dabkeh with the folkloric and revolutionary songs. 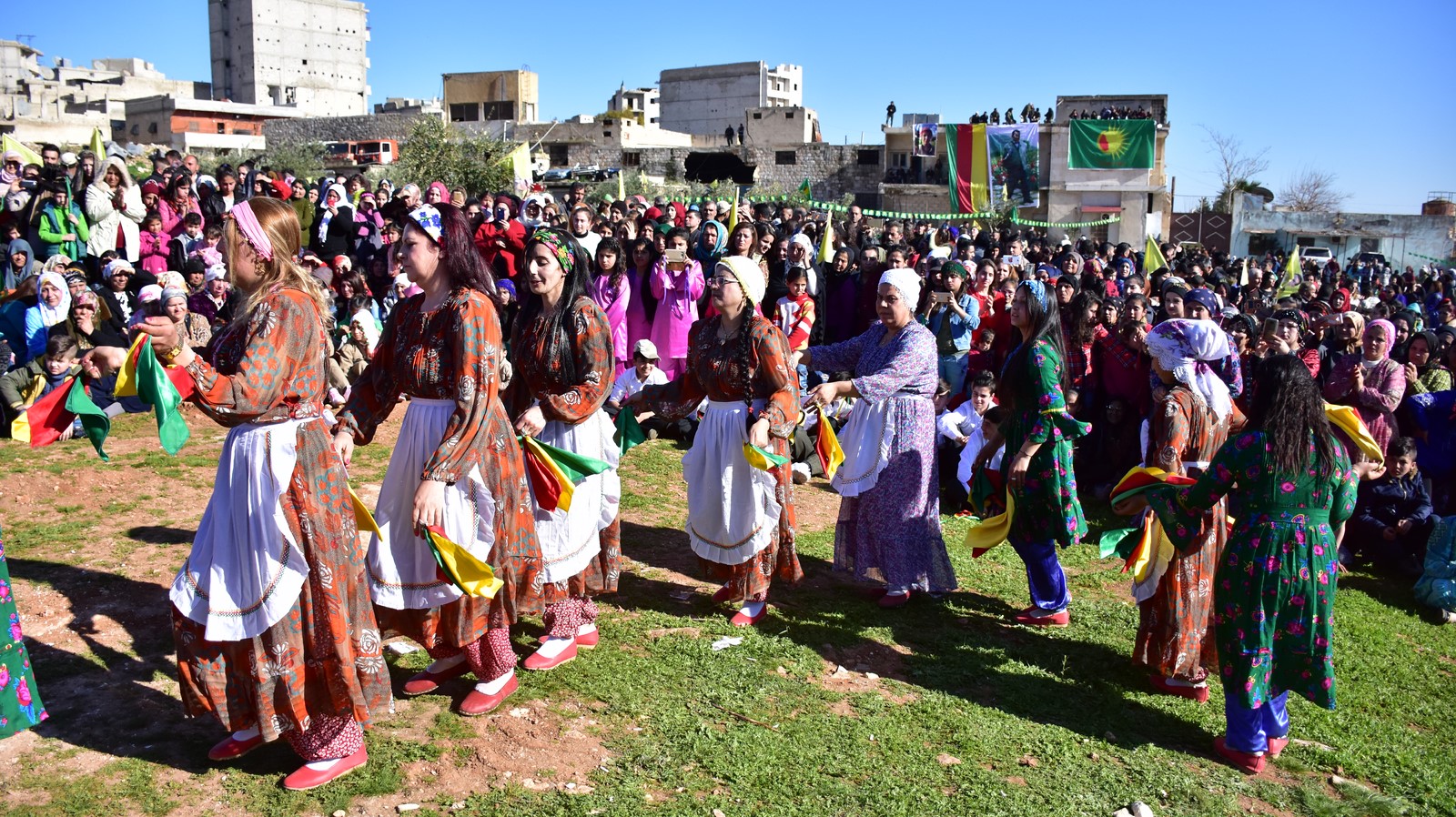 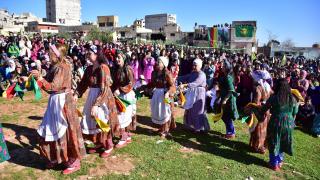 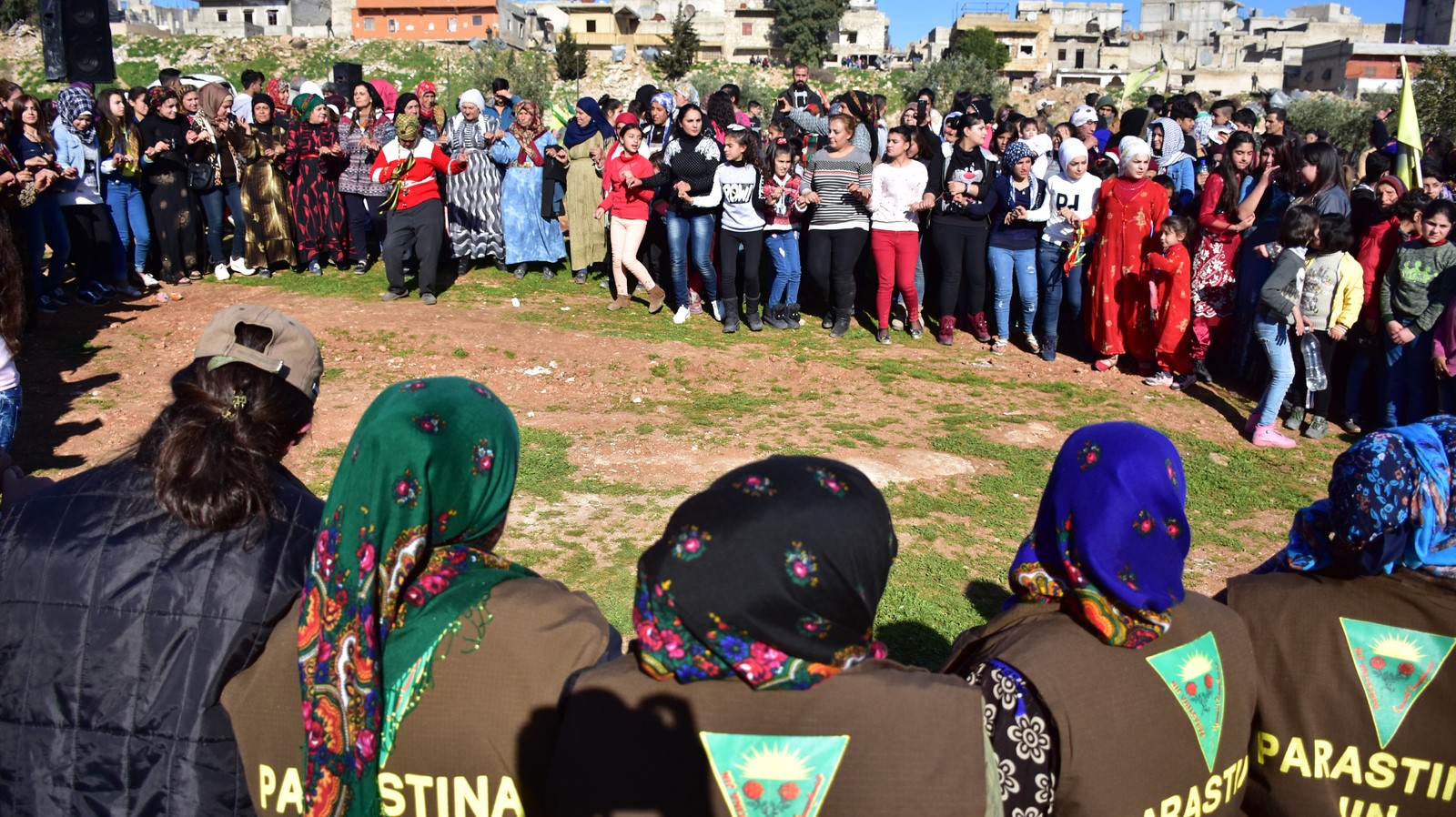 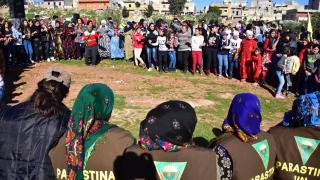 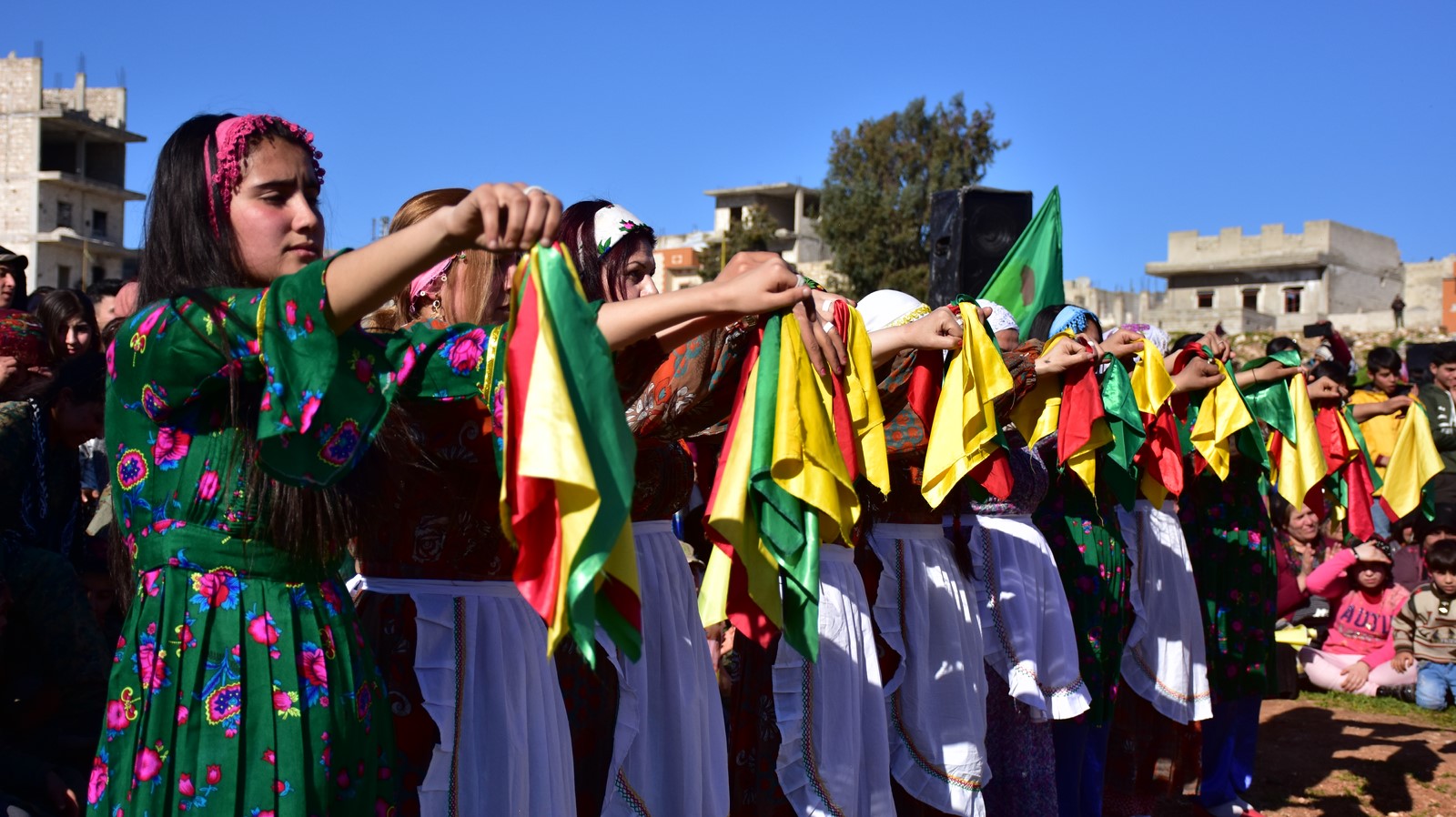 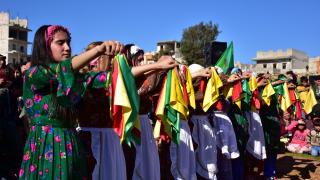 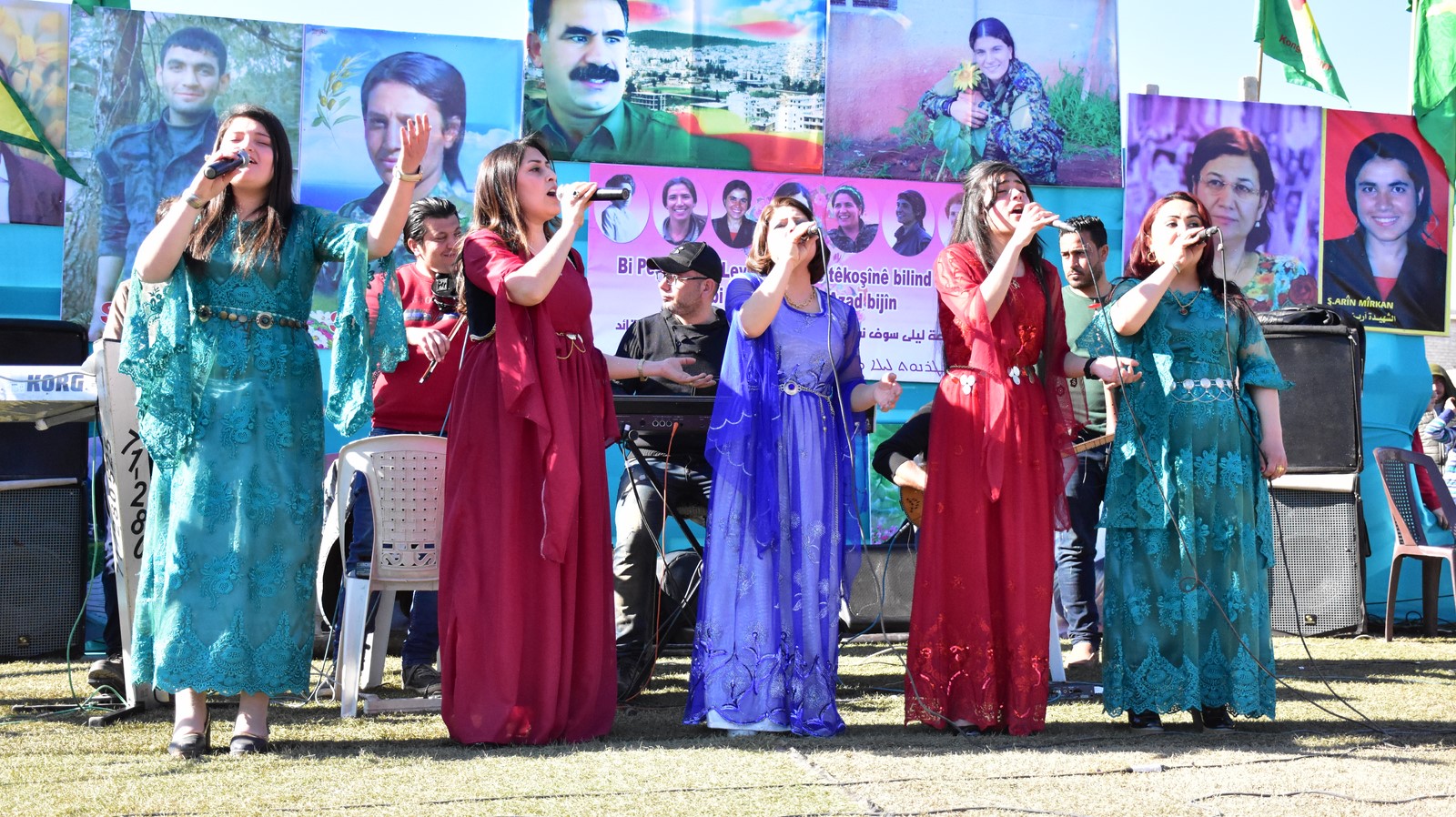 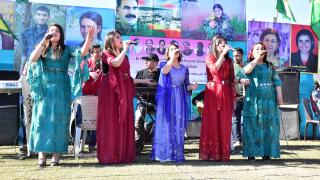 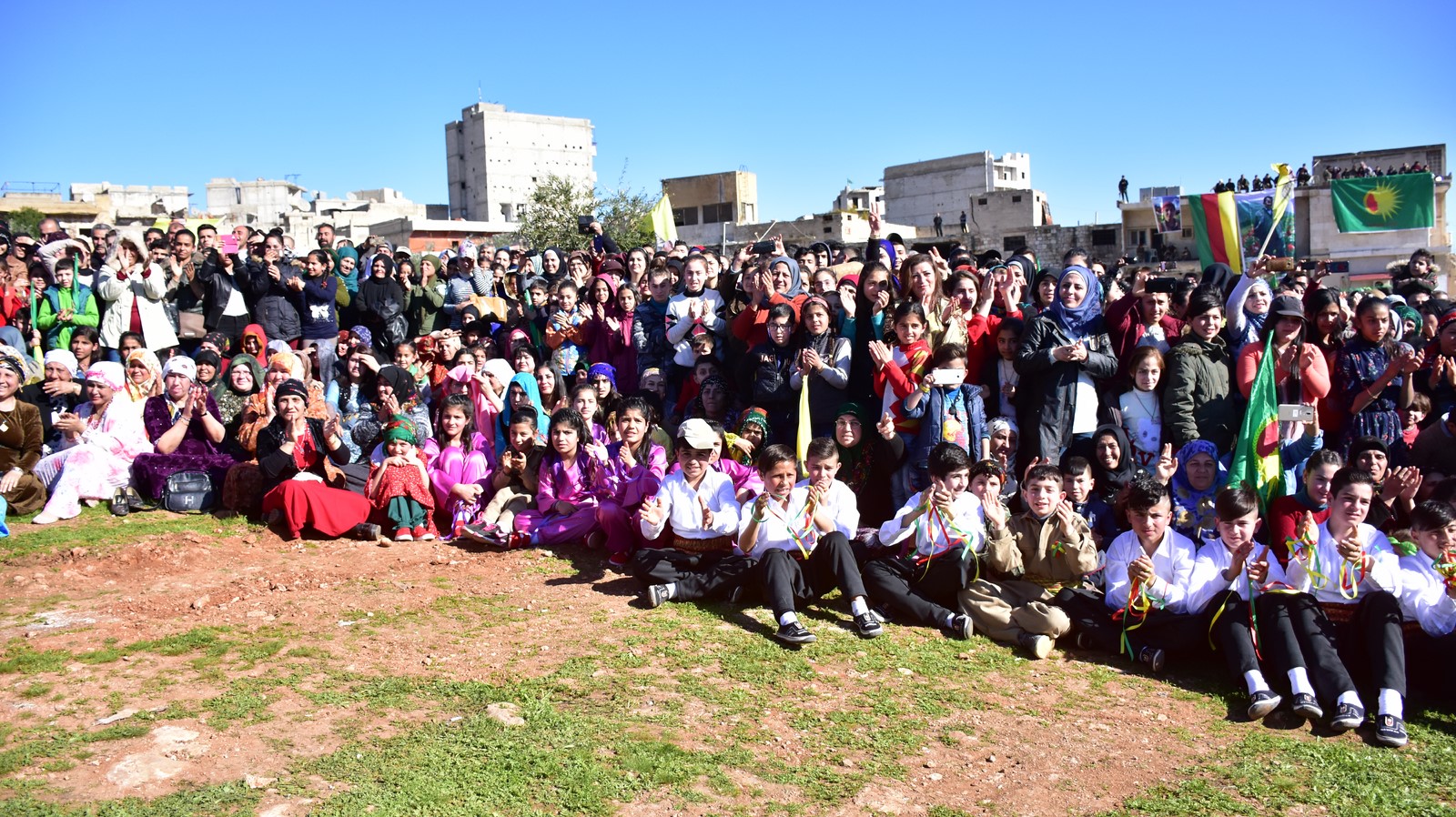 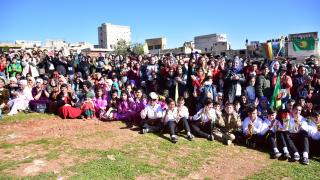 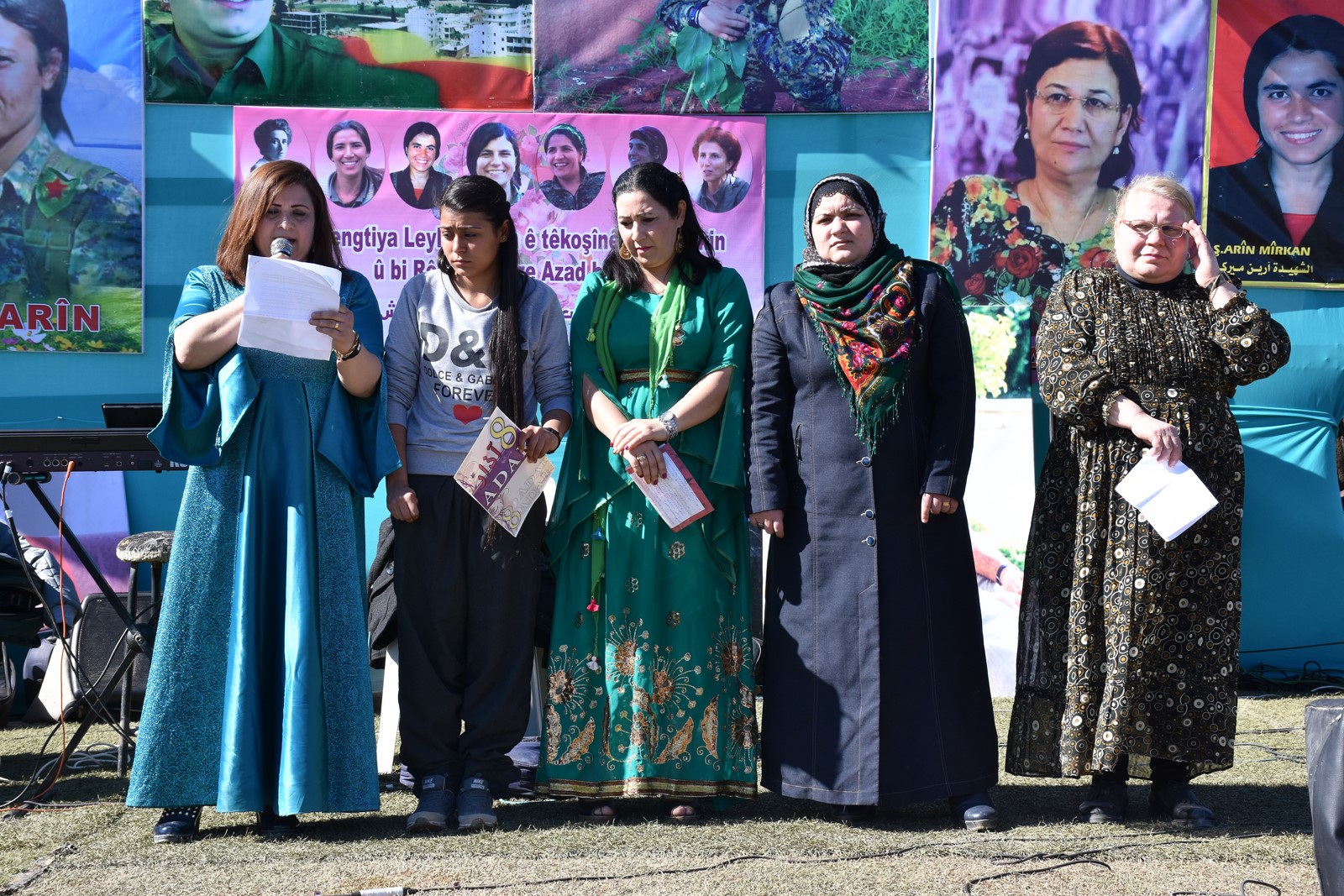 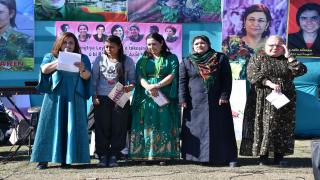 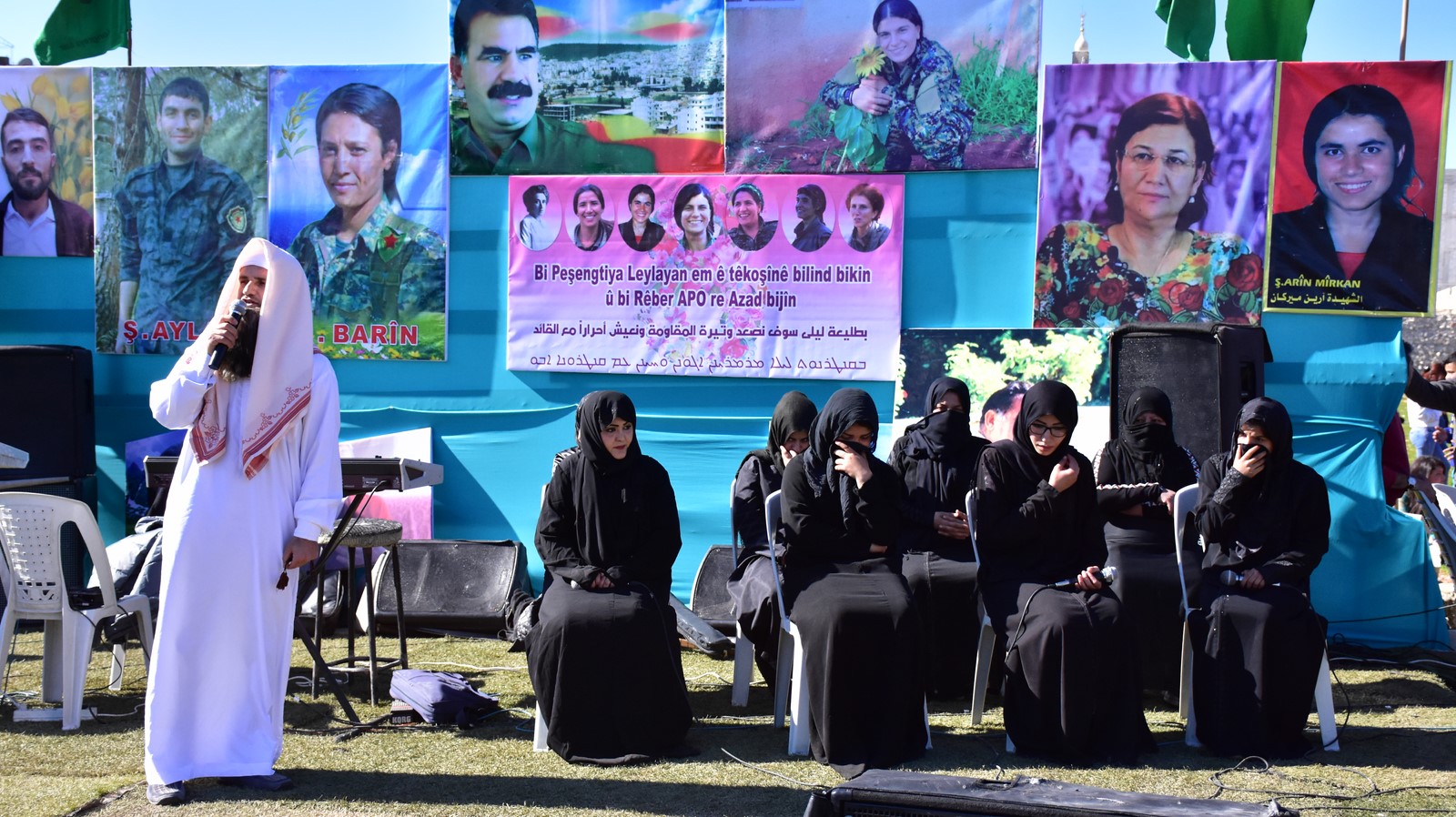 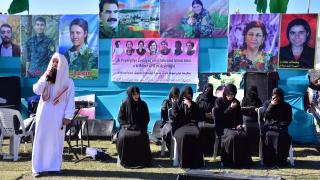