The people's municipality of Qamishlo which is one of the fruits and gains of the July 19th, 2012 Revolution, started from Kobanê and during which the entire regions of Rojava liberated, was opened in May 2013 with the help of the Democratic Society Movement (TEV-DEM) that was leading the revolutionary movement in Rojava – North-East Syria.

The municipality was established in light of the war conditions, Rojava subjection to attacks by the mercenary groups of various names, and the Syrian regime stop performing its duties towards the citizens in this geographical area.

This establishment came in conjunction with the conditions of the suffocating siege imposed on the region by the aforementioned sides, the Turkish state and the government of Başûr Kurdistan which for a long time prevented any aid entry to the region, as they closed the border crossings with Rojava areas whose people were organizing themselves on the basis of the Autonomous Administration and serving their areas themselves.

From the first day of its opening, the municipality began providing services and the necessary needs to the people; water, monitoring bakeries and mills, as well as taking care of the city's infrastructure.

With the establishment of the municipalities, the first signs of a community popular administration for the region were formed in which the people have managed themselves for the first time in the history of Syria and the region, as the peoples of the region announced the Democratic Autonomous Administration on January 21, 2014 in al-Jazeera region.

At that time, the Local Administration and Municipalities Body was the main pillar of this administration. The municipalities were the first institutions established to serve the region and its people before the announcement of the administration, and the people worked there voluntarily without any financial compensation.

With self-efforts, the municipalities launched small projects with little potential to counter the marginalization of the regime in terms of service in the region over decades. With the announcement of the Autonomous Administration, these projects have become more expanded and organized, and are based on professionalism in work and follow-up.

The co-chair of the municipality of Qamishlo Sama Bakdash during the period when the municipality was attacked by the terrorist on March 11th said that the Autonomous Administration after it proved its success and its ability to provide many basic services to the peoples of the region in the conditions of war and destroyed the power of the central authoritarian regime that was controlling the capabilities of the people has become a target of the authoritarian regimes.

She added: "In an attempt to prevent this democratic project – Autonomous Administration - from coming to light, the municipality of Qamishlo was subjected to that terrorist attack in 2014."

Sama Bakdash was present in the building at the moment of the attack. She recounted what happened and indicated that while they were preparing for a general meeting of the municipality, they suddenly heard the sounds of shooting, followed by the sound of violent explosions.

She noted that together with 8 administrators and members of the municipality, they were trapped in one room on the second floor, but the security forces in the municipality managed after a period of time to reach them, and save 8 members individually.

Sama Bakdash added: "After saving those who were with me in the room, I was the last one remained, and then the sounds of bullets rose near the room, I had to jump from the room window on the second floor, and I had fractures and bruises in my legs and body."

They did not undermine the workers' determination

Despite the terrorist attack on the people's municipality building in the city, the Local Administration and Municipalities Body has not stopped providing its services since then, but rather contributed to the development of the area in all respects and at a higher pace.

In this context, Sama Bakdash stressed that those who attacked the municipality could not break the will of the people and workers in the municipality. On the contrary, their insistence on pursuing work and remaining loyalty to their comrades who were martyred in the attack increased.

The municipality commemorates its martyrs

Meetings with the people to determine projects for 2020

After the attack that targeted it, the municipality of Qamishlo paid attention to the issues of hygiene, providing water, establishing a sewage network and restoring it, restoring and rehabilitating bridges, planting the city, asphalting, paving and expanding roads, and establishing sanitary landfills to take advantage of waste in the cities of al-Jazeera region.

During the projects implemented in 2019, the municipality attached importance to expanding the roads in the city's entrances, decorating and afforestation trees, and opening a parallel road to Qanat al-Swais neighborhood bridge to reduce congestion on it.

Now the municipalities hold a series of meetings with the people in Qamishlo district to know the people's demands, on the basis of which the projects that will be worked out during the year 2020 and their budget determined. 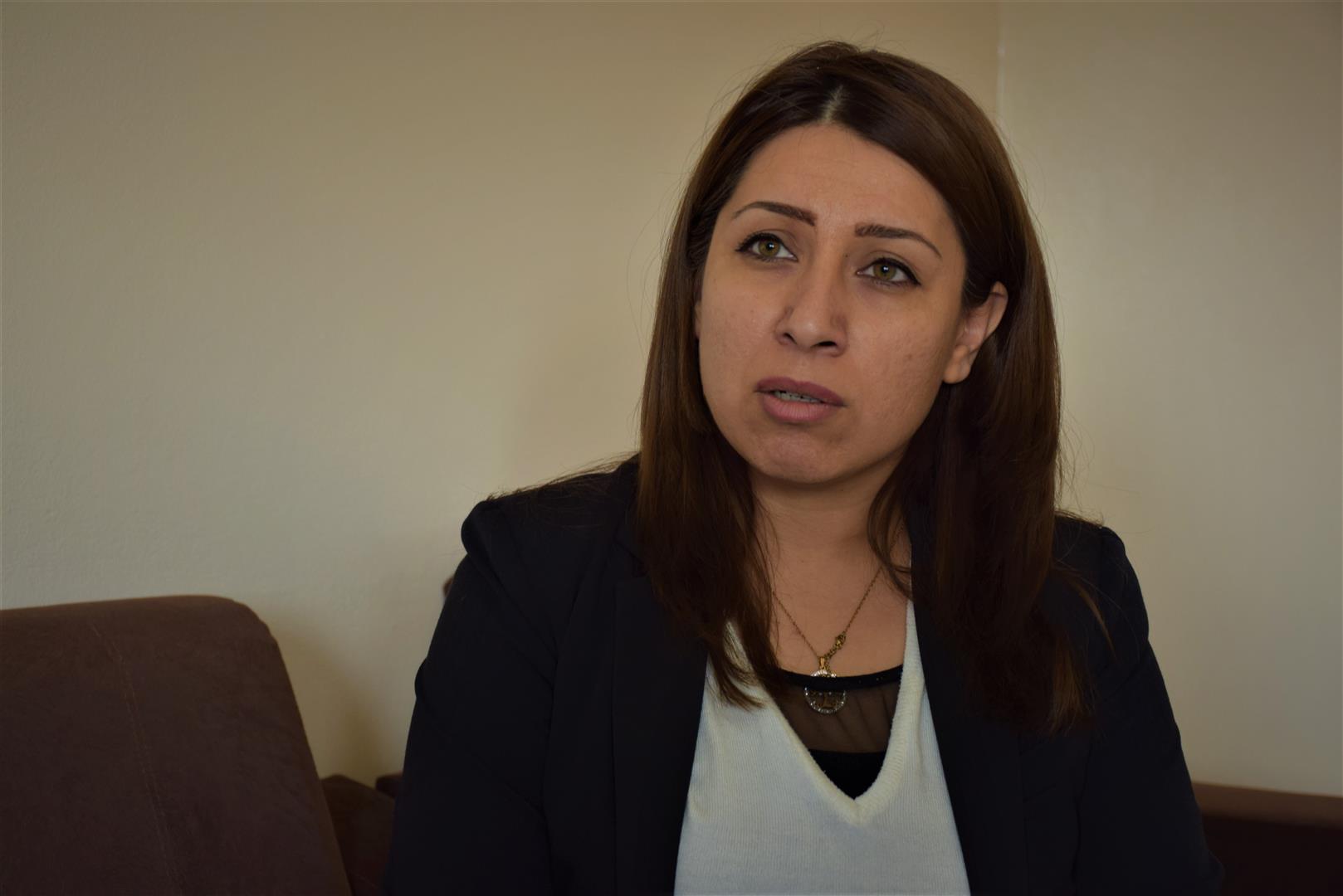 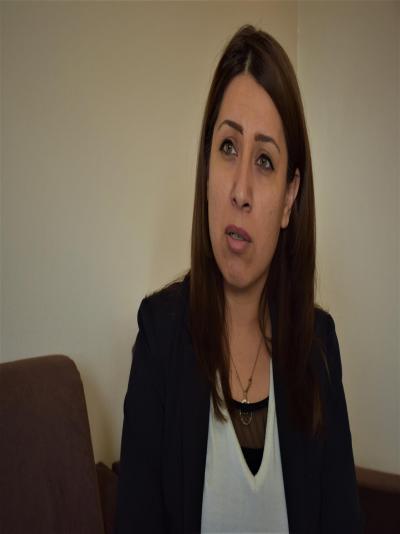 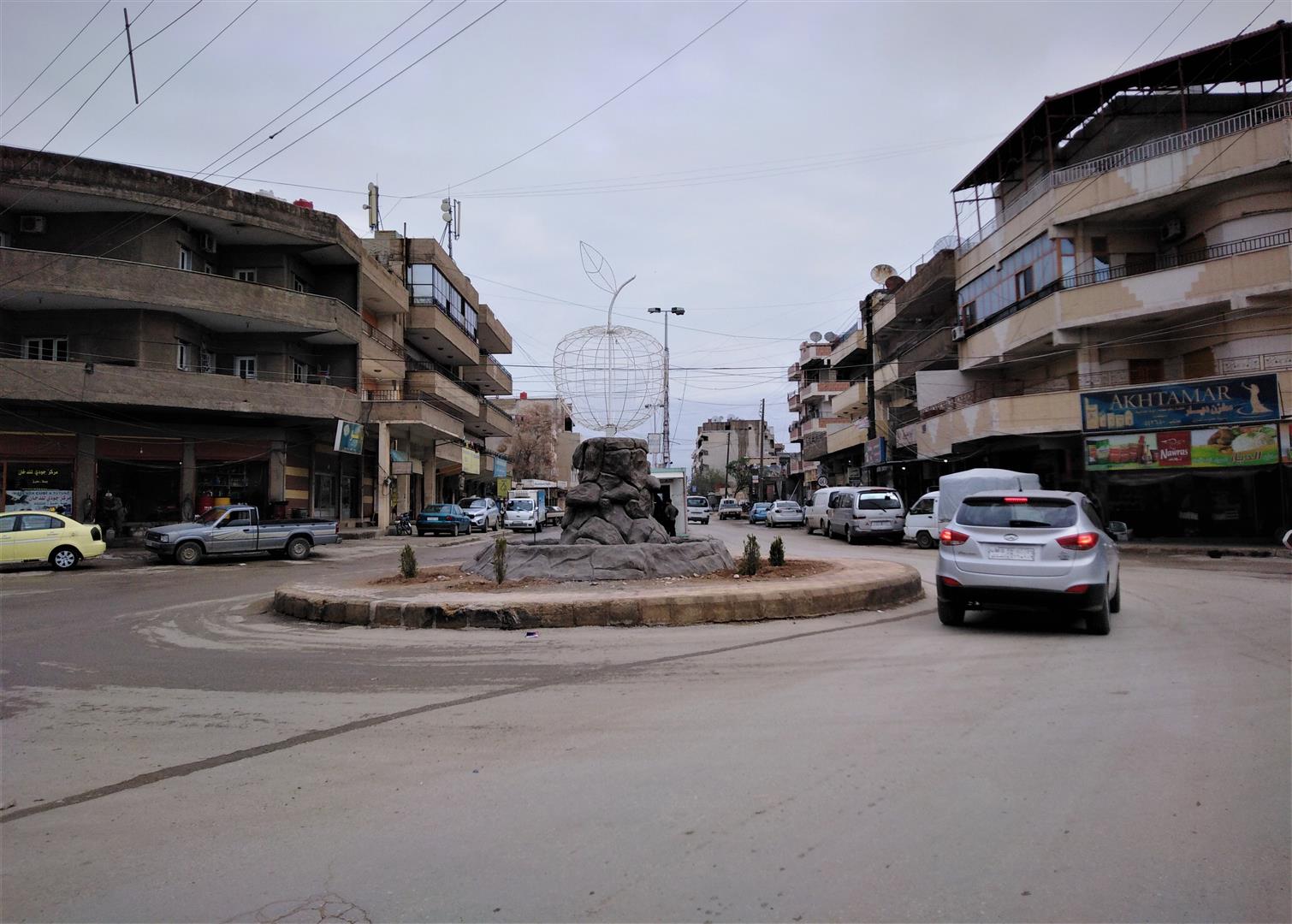 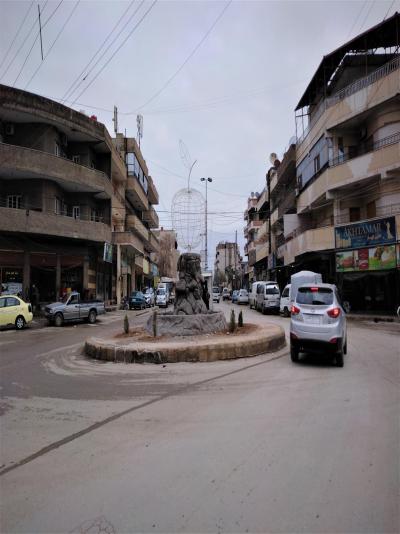 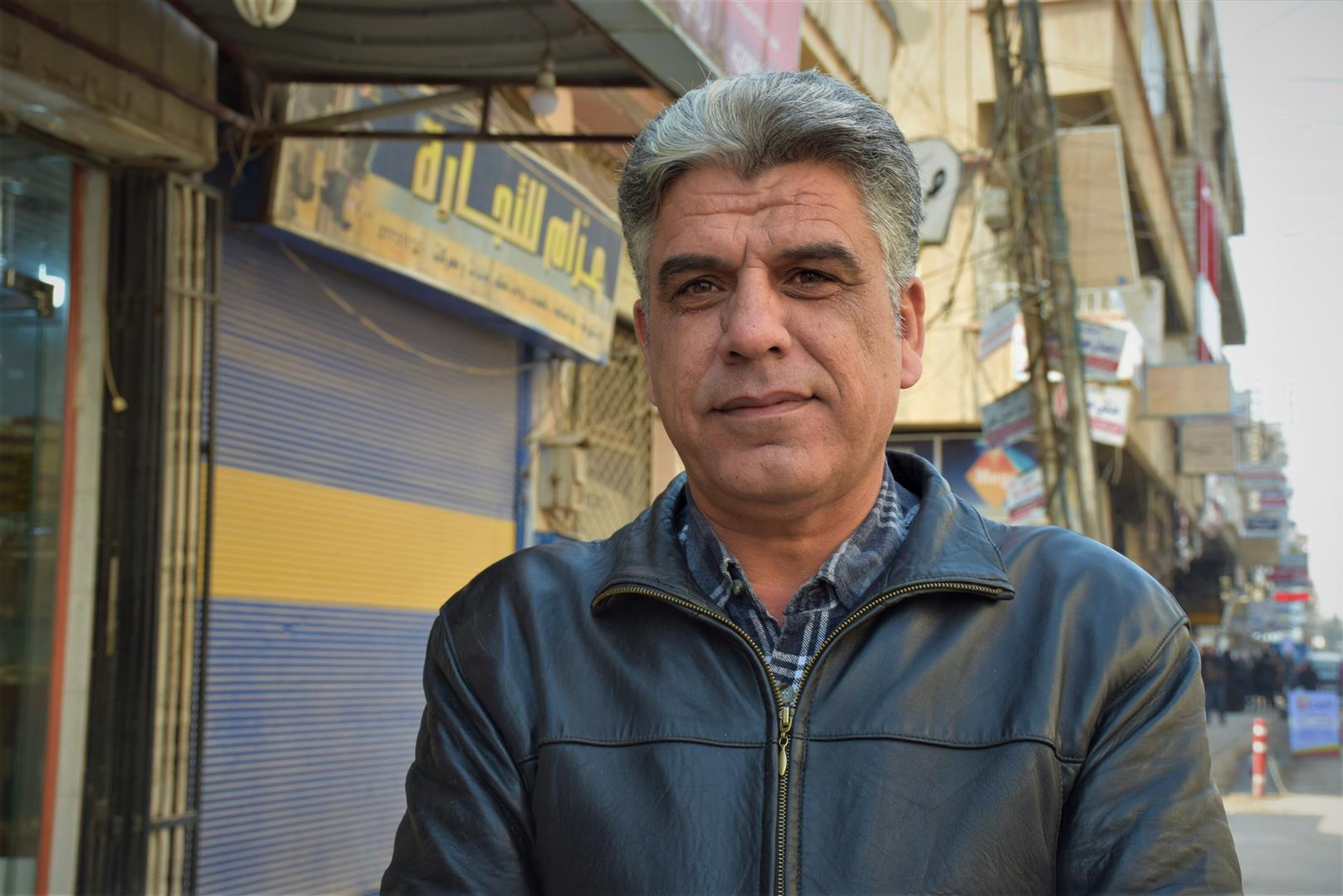 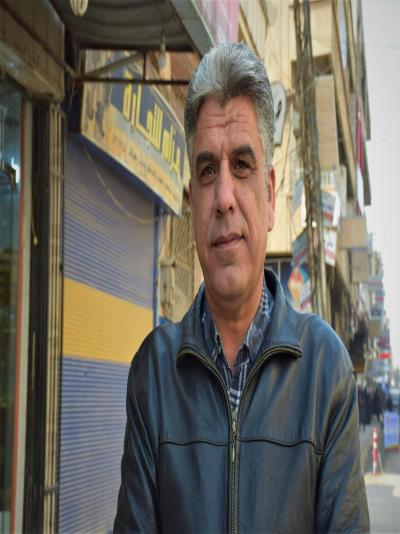 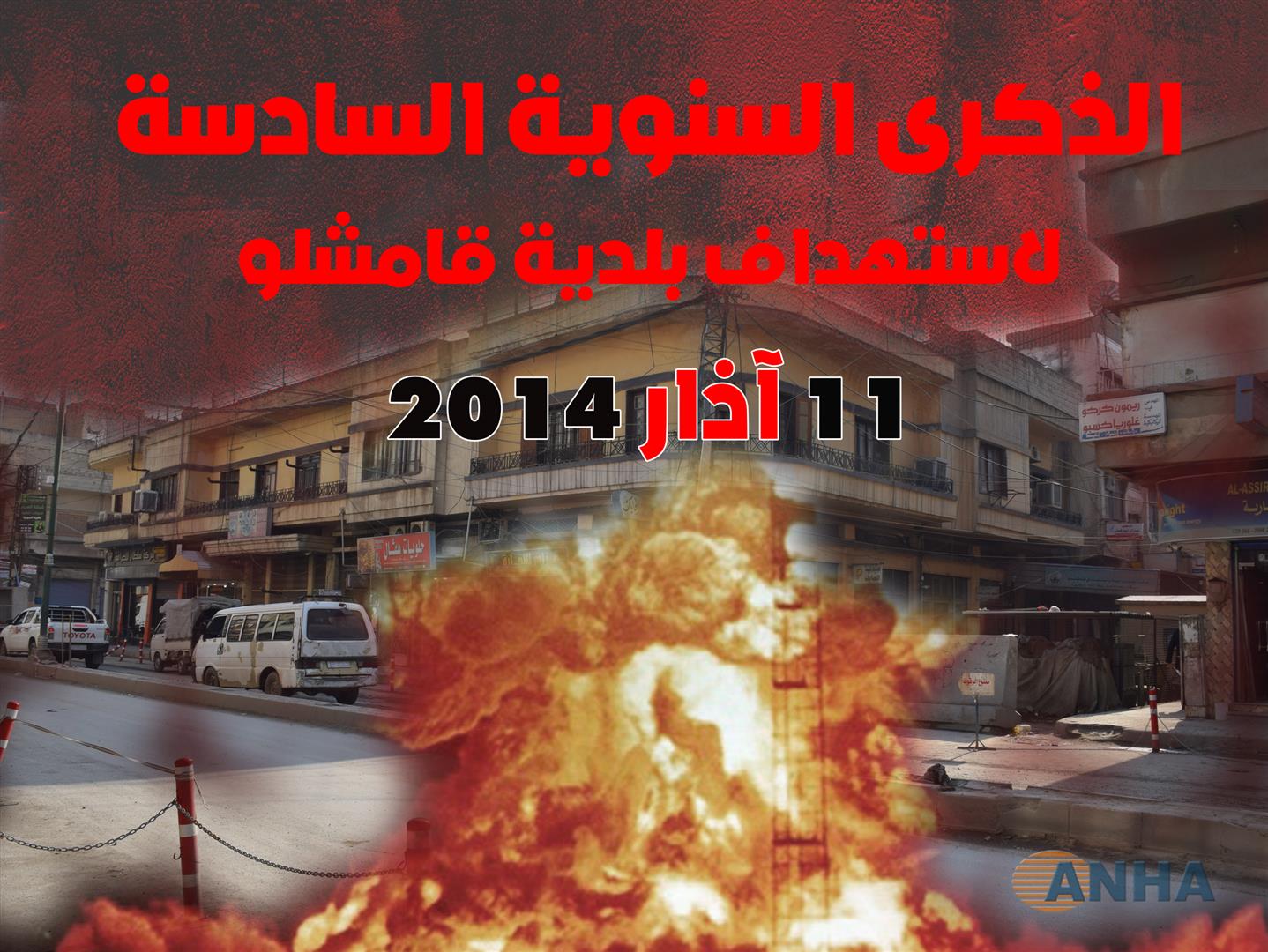 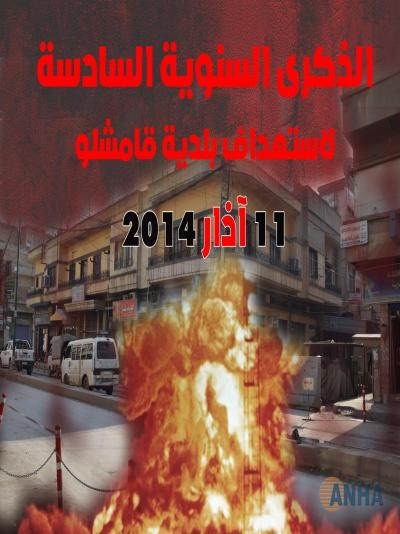 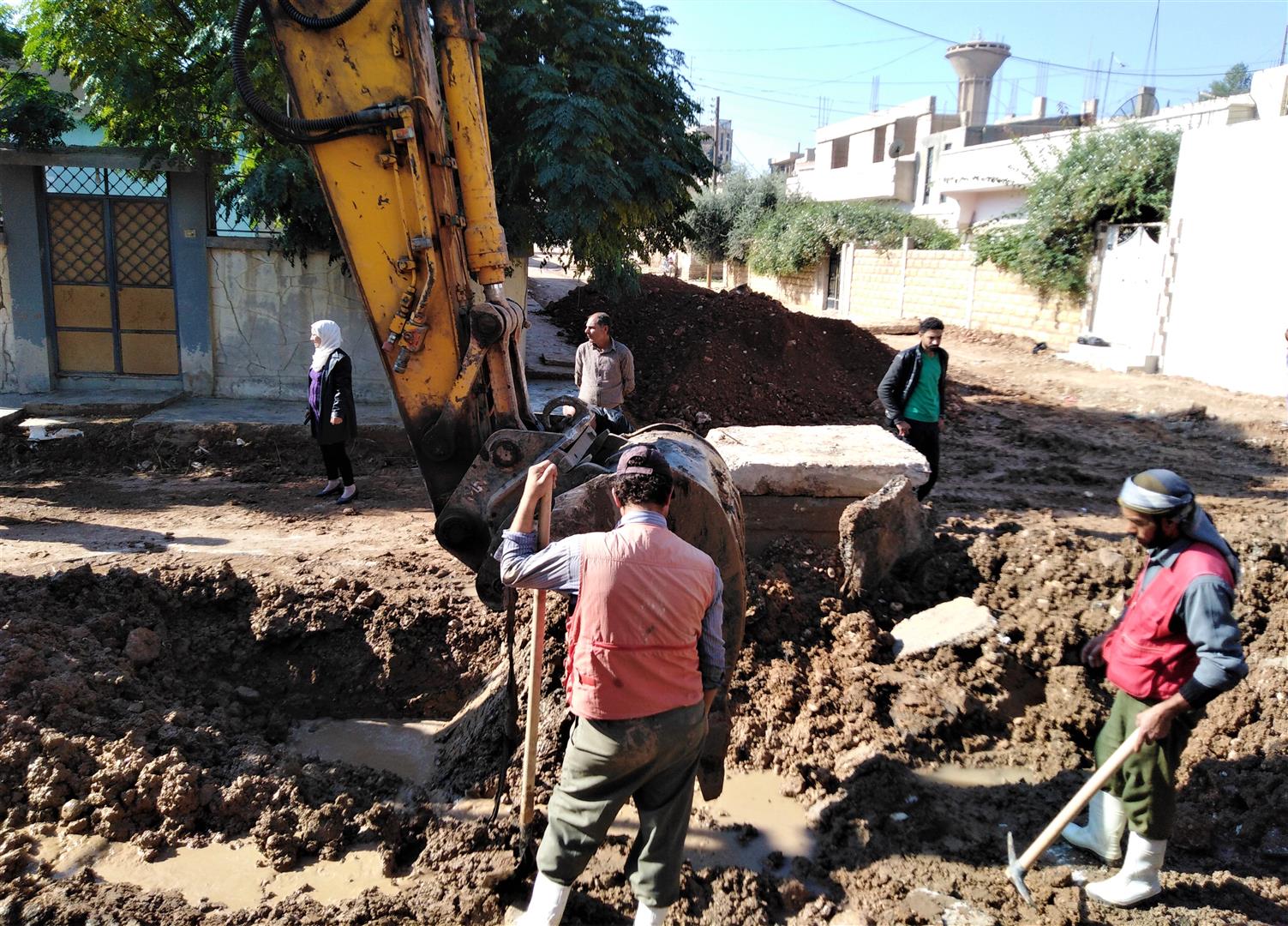 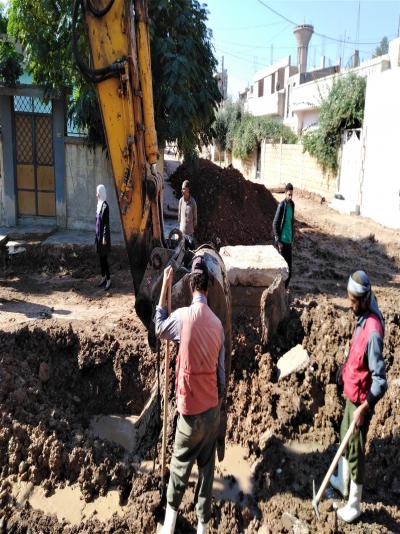 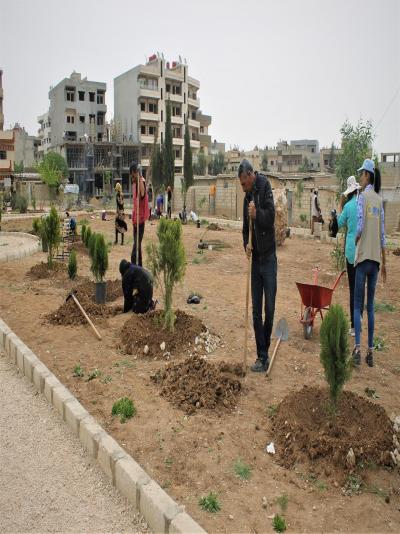 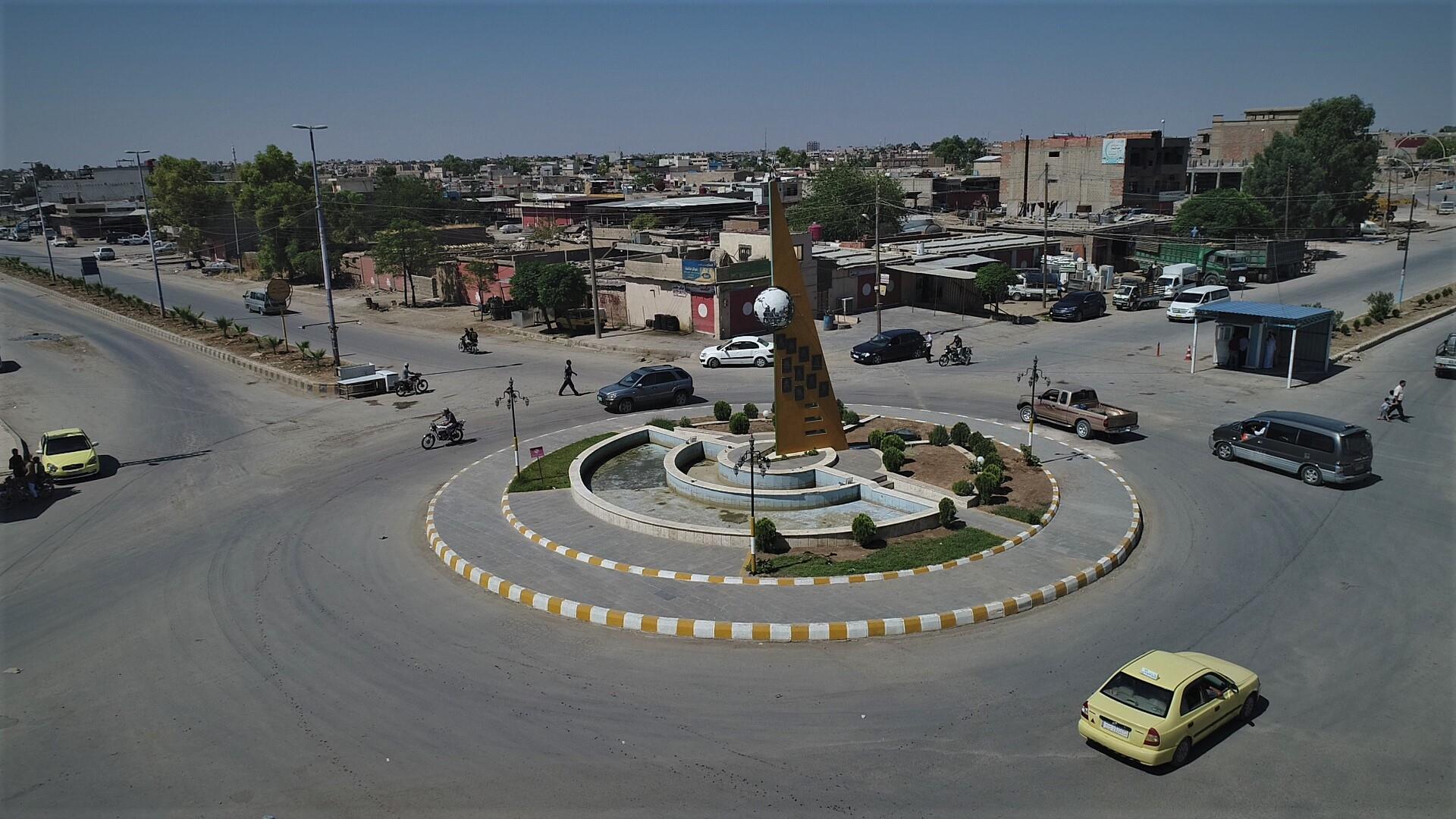 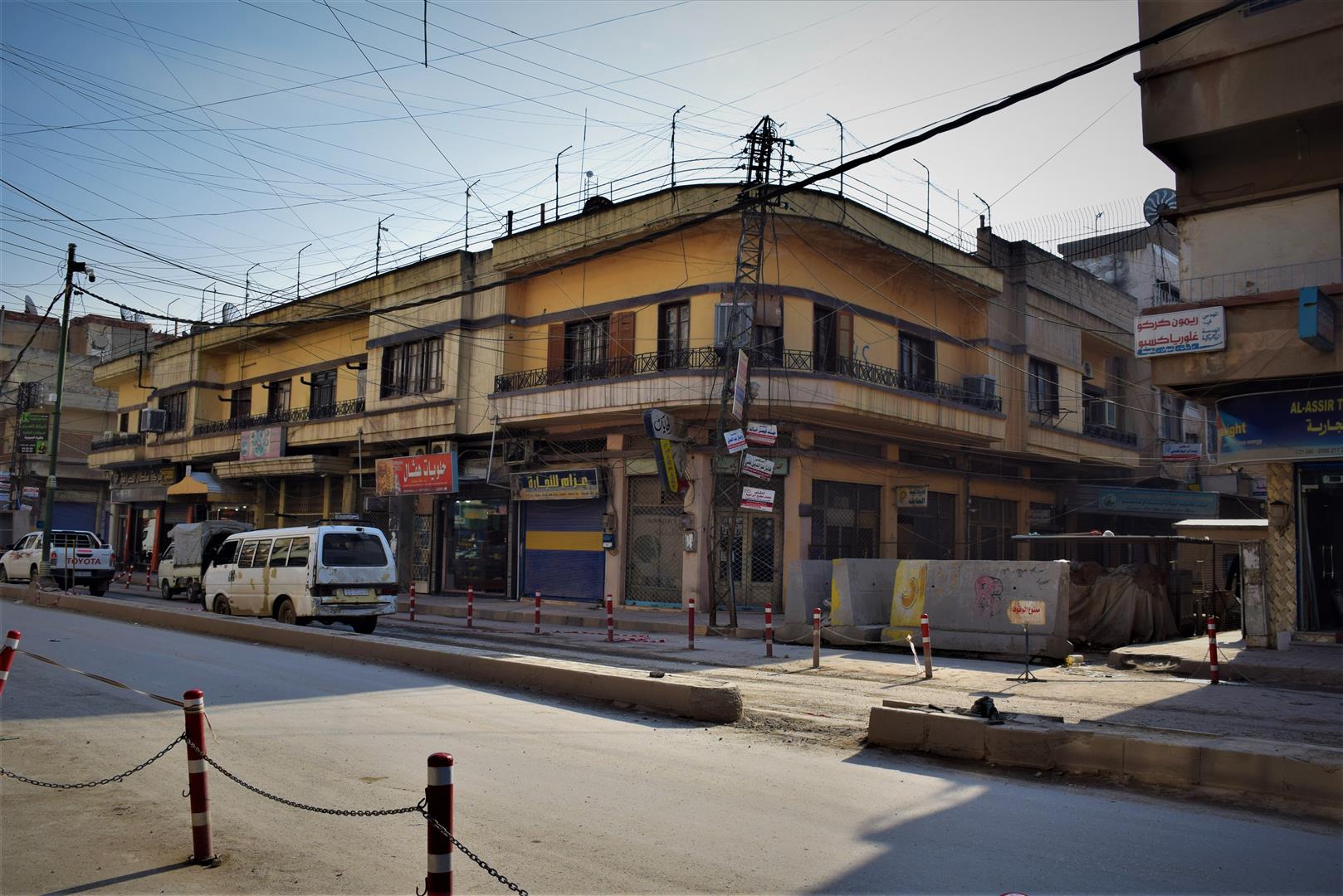 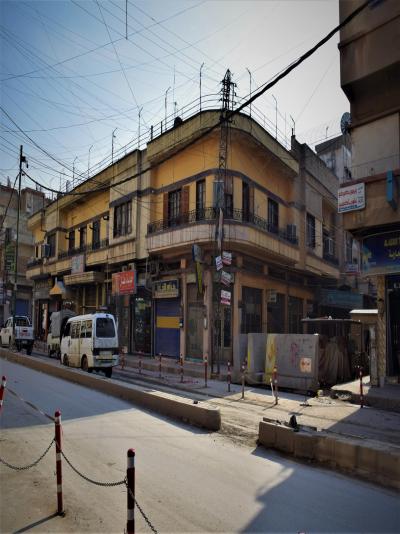 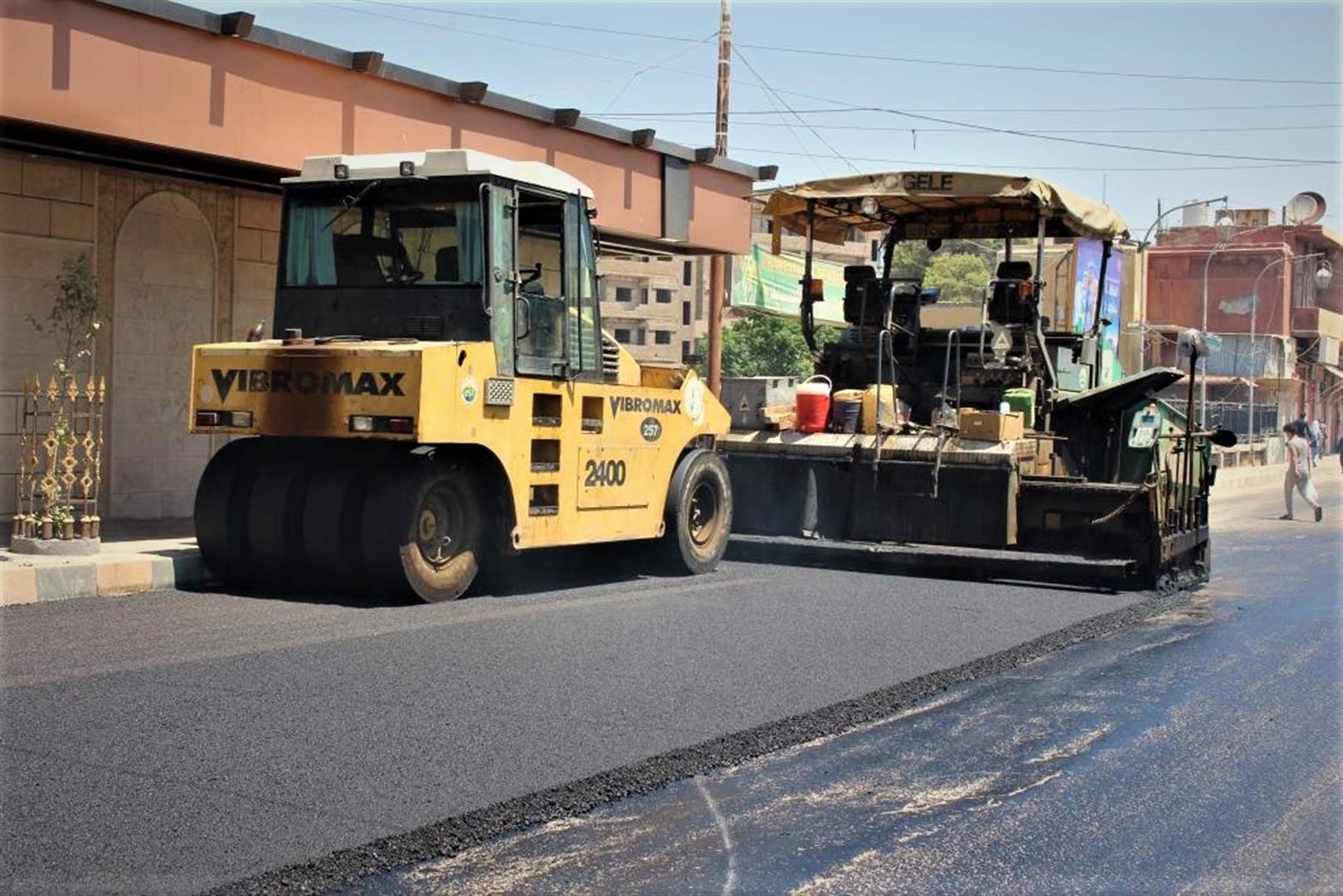 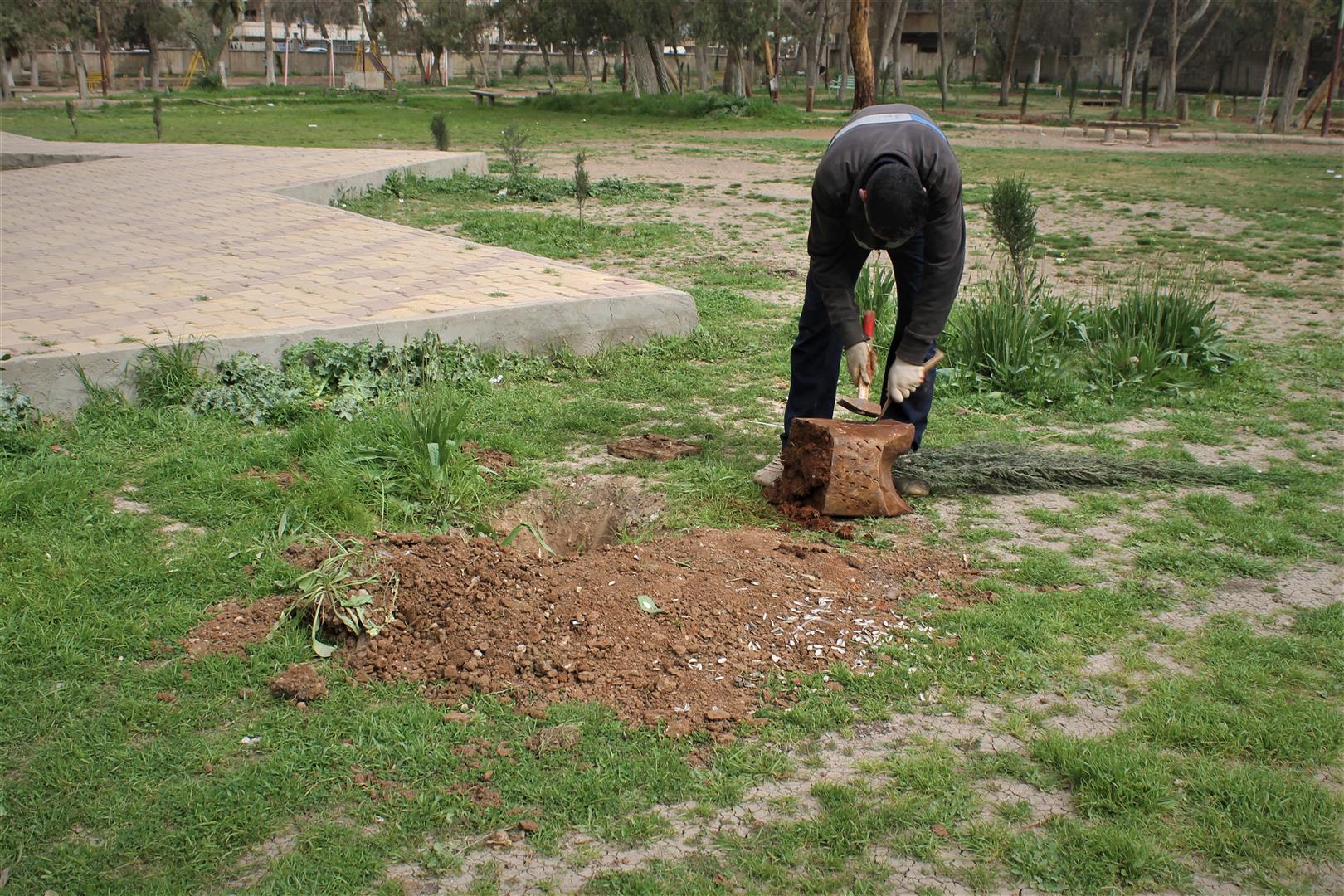 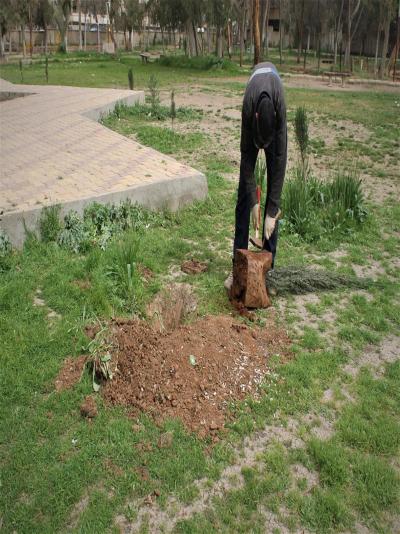