Our correspondent stated that at 9:30 local time, when an 8-vehicle American patrol was passing from Khirbet Amo village located 3 km southeast of Qamishlo city, coming from the international road (M4) towards Qamishlo city, a checkpoint of the Syrian regime and the national defense blocked the road before the US patrol and prevented it from crossing, although the American patrols usually take this path.

Our correspondent said: having stopped the American patrol, skirmishes took place between the patrols’ members and members of the Syrian regime and national defense at the village checkpoint, and the people gathered around the American vehicles, and they threw stones at them.

One person was killed and another wounded due to mutual shooting

Our reporter stated that the American soldiers opened fire in the air to be able to cross, but the road was blocked in front of the patrol, and 5 American vehicles managed to cross the village, while 3 vehicles remained at the checkpoint after the situation in the village became tense.

As a result of mutual shooting, one person was killed, some claimed to be civilian, and another was injured, which further escalated the situation, and directly fired at American vehicles.

Our correspondent noted that members of the Syrian regime and national defense targeted journalists in the village, attacked them, and confiscated his camera, because he had fully documented the incident, and said that they had to move away from the village’s checkpoint.

Russia intervenes to calm the situation

Meanwhile, a Russian patrol arrived at the village, and after discussions between them and the Americans and the regime members, the situation was controlled, and the American vehicles detained in the village exited towards Qamishlo.

Our reporter said that the situation is now stable, and that the American and Russian machineries have left. 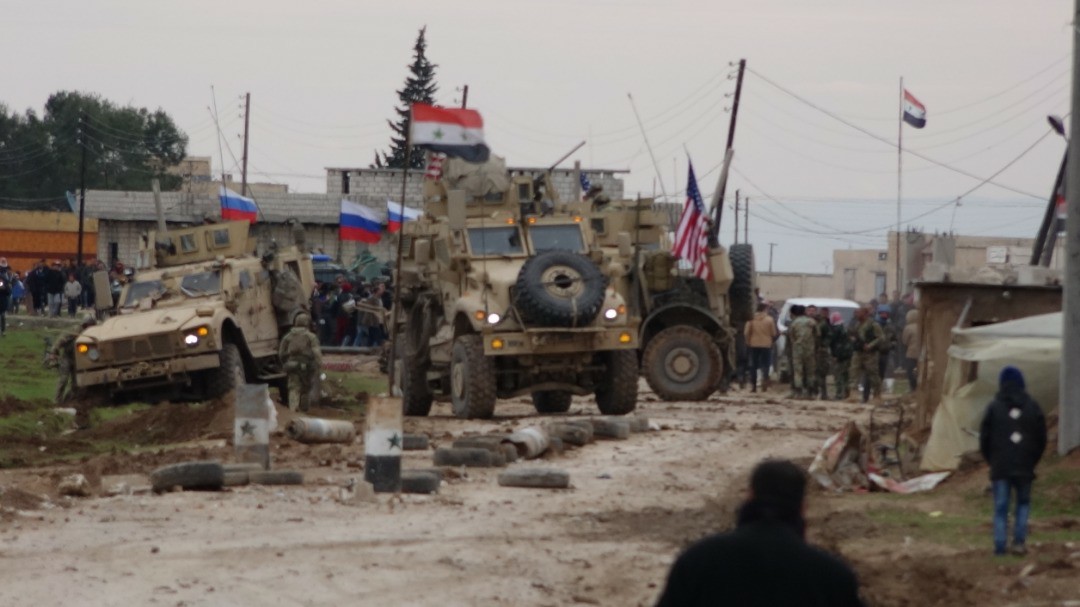 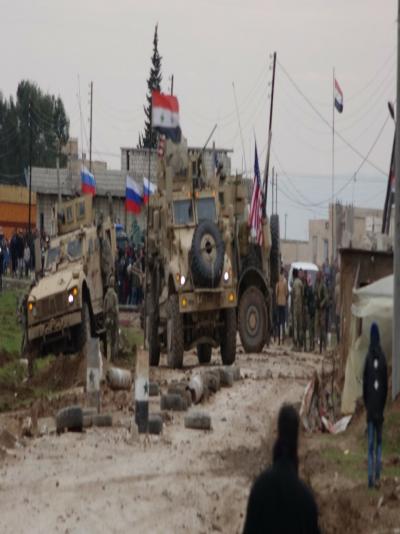 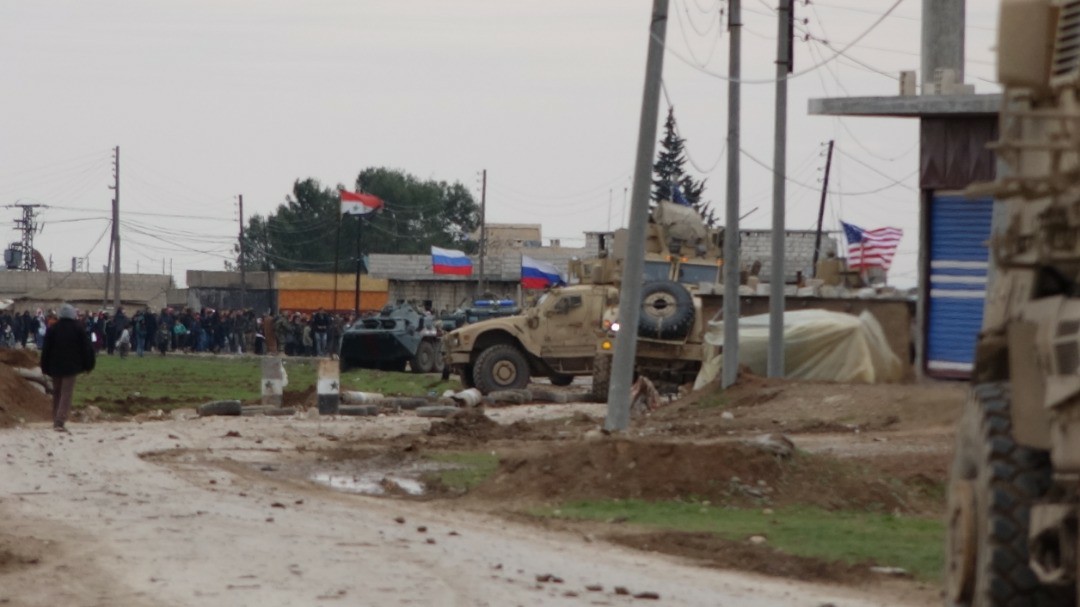 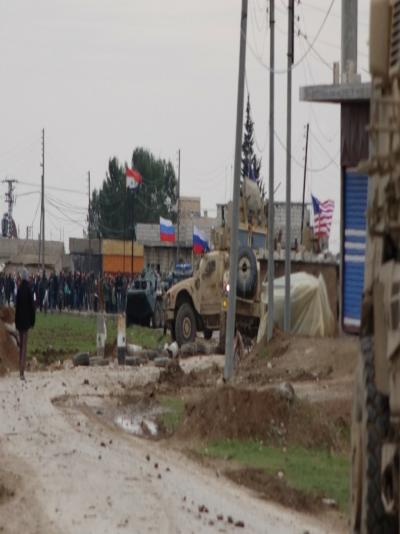