In this context, our agency interviewed a number of families of ISIS mercenaries who fled the camp. They were arrested by the ISF in Raqqa, Tabqa and Manbij, and they spoke of a course in the camp that day.

Wejdan Kamal, one of the families of ISIS mercenaries from the Iraqi province of Anbar, came to Syria in July 2016 with her husband, and settled in the town of Albukamal of Deir ez-Zor governorate. There, while trying to escape to Azaz to travel from there to Turkey with a number of ISIS mercenary families, they were arrested by ISF in early 2018, and then transferred to Ain Issa camp.

"That morning was normal and then they heard the sounds of planes they thought they were the international coalition’s, but after they were bombed, they learned that they were Turkish," Wejdan Kamal said. Masked men who were sleeping cells were inside the camp, and then my children and I left the camp with a number of Iraqi families, and we headed towards the city of Raqqa, and at one of the checkpoints we were arrested, and then they brought us to al-Hol camp. ''

'Sleeper cells set fire to the camp after stealing some documents'

Wejdan also said, "I first came out of the camp, I secured my two children somewhere, and I came back to the camp, to bring some of our supplies, and I saw people in civilian clothes and carrying weapons, they were sleeping cells, they entered the camp management rooms, and took some papers with them. Then they burned the rooms."

"The families of ISIS mercenaries were in contact with Turkey, and they were telling me that the Turks would come to take us, they would only take immigrants (that is, foreign ISIS mercenaries)," said Wijdan Kamal. "When they attacked the camp, they came and took the families." "There were between 20 and 25 Turkish families in the camp, as well as two families from Macedonia and two German families."

'Her husband was an ISIS mercenary, fled to Idlib'

Rahaf Ahmad al-Khalaf is a resident of al-Mayadeen city of Deir al-Zor province, the wife of Daesh mercenary Mahmoud Hussein Ismail, after the Syrian regime stormed the city of al-Mayadeen. Her husband escaped to the city of Idlib in mid-2017, and later went out with her two children to Salqin district of the governorate. Idlib in search of her husband, but her husband divorced her, and imprisoned her at Jabhat al-Nusra’s prisons once, and the Turkish occupation in Marea again, because her ex-husband wanted to take her children from her, and stayed in the prisons for about two years and three months, and then went out through Azaz to Manbij, and there she was arrested and transferred to 'Ain Issa camp.

'Cars entered the camp, number of families fled, they set fire to the back of the camp'

"When we were in the camp, the Turkish army bombed the camp with planes," said Rahaf al-Khalaf. "In the meantime, cars entered the camp from the back, with people wearing white shirts and black trousers. They fired at the camp indiscriminately, took a number of families with them and then left.”

'Many mercenary families headed towards the Turkish army'

Rahaf Ahmad Khalaf noted that many mercenary families left the camp and headed towards the Turkish occupation army and its mercenaries. "We stayed in the camp, and then we wanted to go to Raqqa with a number of Syrian families. We were arrested at one of Raqqa checkpoints and then brought here in al-Hol camp. "

In a related context, the administrator in the security of the camps in north, east and Syria, Aylol Rizgar pointed out that before launching attacks on northern and eastern Syria, the mercenary families were carried out acts of sabotage in the camps (al-Hol, Roj, and Ain Issa), as well as demonstrations in support of Erdogan, especially after Baghdadi's call to them and Erdogan's comments on attacks in the region.

"In al-Hol camp, there were demonstrations in support of Erdogan, while in the camps of Roj and Ain Issa, there was training for ISIS, according to the information we received, there was a secret organization inside the camps, and we arrested a number of ISIS in this regard," Rizgar said.

'Sleeping cells inside and outside the camp were ready to attack'

Regarding the events in Ain Issa refugee camp, Aylol Rizgar said, “First, sleeper cells began to attack the camp, in conjunction with the Turkish occupation army's shelling of the camp and its surroundings. "Some of them have come out of the camp to other places because we could not control the situation because of the shelling."

Rizgar noted that, according to our information, the ISIS are hiding in Manbij, Raqqa, Kobani, and.

Regarding the sleeper cells that entered the camp, Aylol Rizgar said, "Through our investigation of the families we have arrested, and our follow-up, it became clear that about 200 families of ISIS mercenary families turned to the Turkish army. The sleeper cells took families with them when they entered." The video shows what happened in Girê Spi / Tall Abyad, where we saw a number of ISIS mercenaries we knew in the town of Girê Spi who were of different nationalities and were previously in Ain Issa camp, and other videos in which mercenaries say they came to Ain Issa and freed their families, and this confirms that Daesh mercenaries are among the those who carry out attacks on the region."

'We have arrested about 90 families so far'

As for how to arrest some of the families who fled the camp, Aylol Rizgar said, "with the help of the Internal Security Forces and other institutions of the Autonomous Administration in the areas of Raqqa and Al-Tabqa, we have so far managed to arrest 4 Syrian families, 15 Iraqi families, and about "70 families of different nationalities, all are families of ISIS mercenaries, we are now searching for the remaining families."

Regarding the situation of the families who were arrested, Aylol Rizgar said, "They are now in a special section of al-Hol camp, and the investigation is continuing so far." 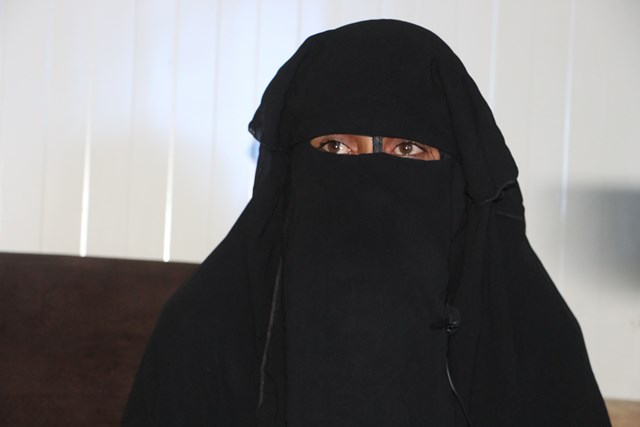 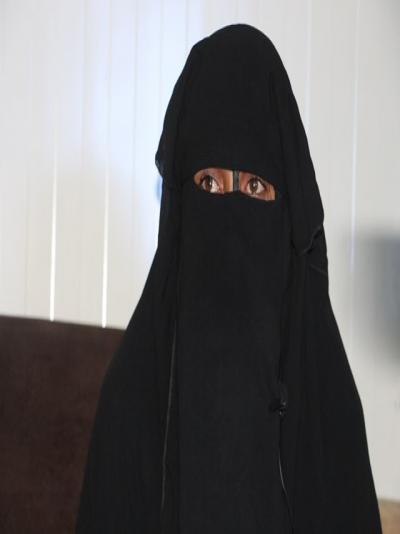 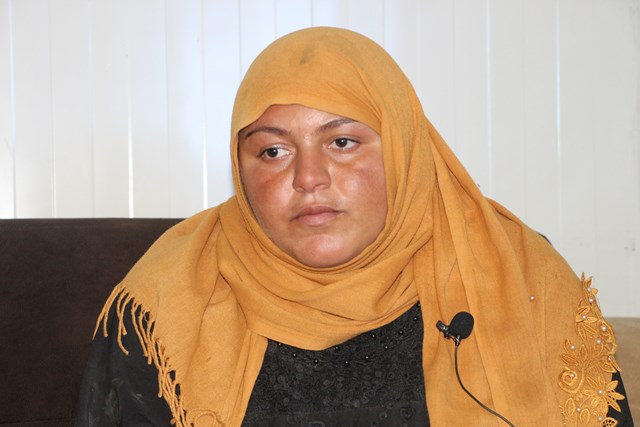 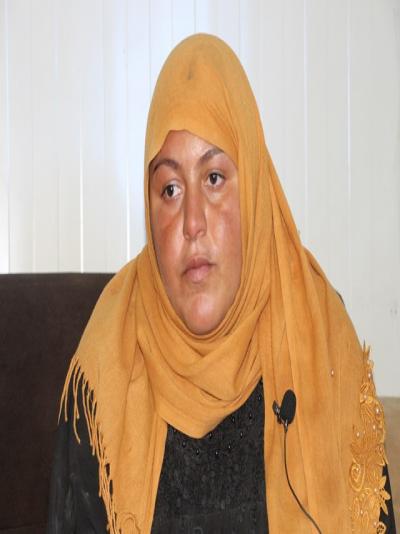 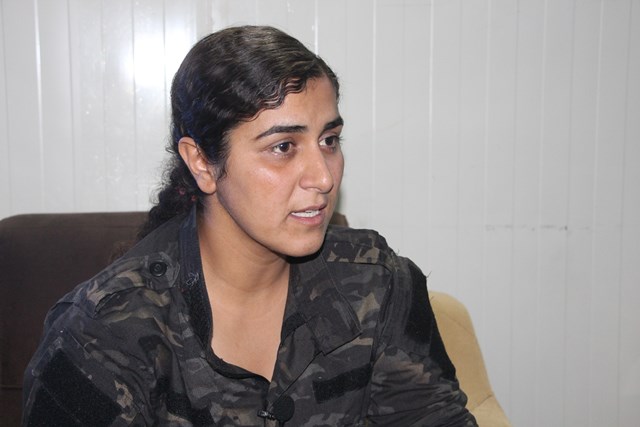 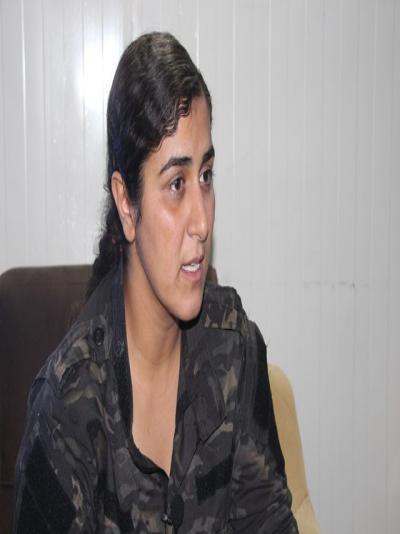 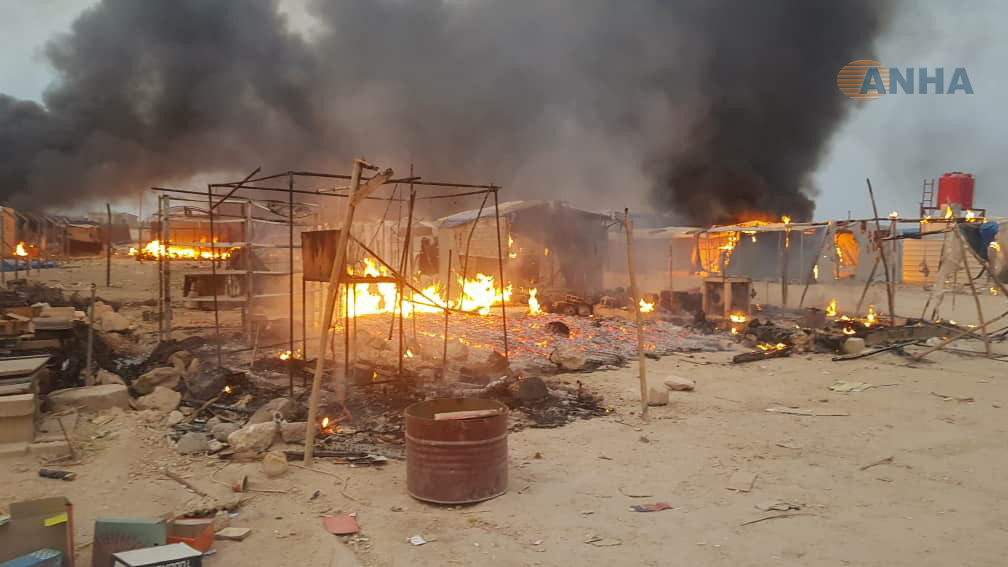 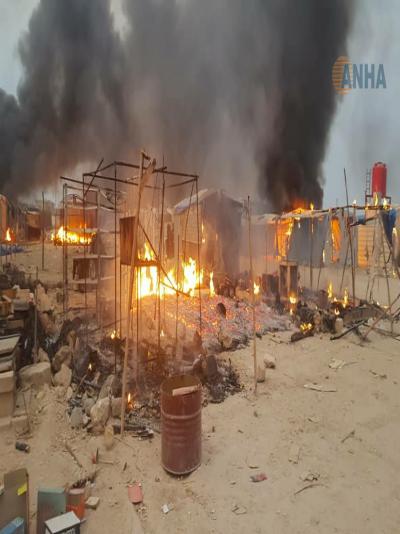 The Martyrs Families Council of the Afrin region issued a statement denouncing the violation...

The administration of the Semalka Border Crossing announced that the crossing is completely ...

The Turkish occupation army and its mercenaries are bombing the populated village of Salib i...
Old Website