The 15th of September of this year marks the sixth anniversary of the ground attack launched by ISIS from 3 axes on Kobane in the fall of 2014, two years after the siege of the canton.

ISIS launched the attack, taking advantage of the media momentum and heavy weapons it had seized from the Iraqi and Syrian army camps, in addition to Turkey turning into a safe passage for mercenaries coming from different countries around the world.

The fighters of the People's Protection Units and Women (YPG and YPJ) were able to stop the progress of ISIS inside the last third of the city, three weeks after the start of the attack, so that the Global Coalition announced the start of operations against the ISIS in Kobane, in light of the ferocity of the battles in the alleys and streets of the city.

During the battles, dozens of civilians took up arms to defend their city, along with the revolutionaries who came from various Kurdish regions and participated in the battle against ISIS.

The fighter Ismael Ali, nicknamed “Khal Samo”, was born in 1961, in Kobane, has 12 sons and daughters, joined the People's Protection Units in 2011. He fought the at beginning of the revolution in Rojava what was called the “Free Army” and the Al-Nusra Front in Girê Sp / Tal Abyad and the town Sarrin, south of the canton.

Ismail fought ISIS in the eastern, western and southern villages during the siege of Kobane, with very few fighters in one of the fiercest battles in the Syrian civil war within the neighborhoods of Kobane.

He refers to the Kurdish spirit due to the resistance in Kobane and global sympathy, saying, "The resistance united the Kurdish will and there were no borders left between the Kurds in Iran, or in Turkey, or in Iraq. They are artificial borders set by the tyrannical regimes."

In the one trench against ISIS there was a fighter from eastern Kurdistan and another from the south, and next to them was an international fighter. This is what distinguished this historical resistance. " 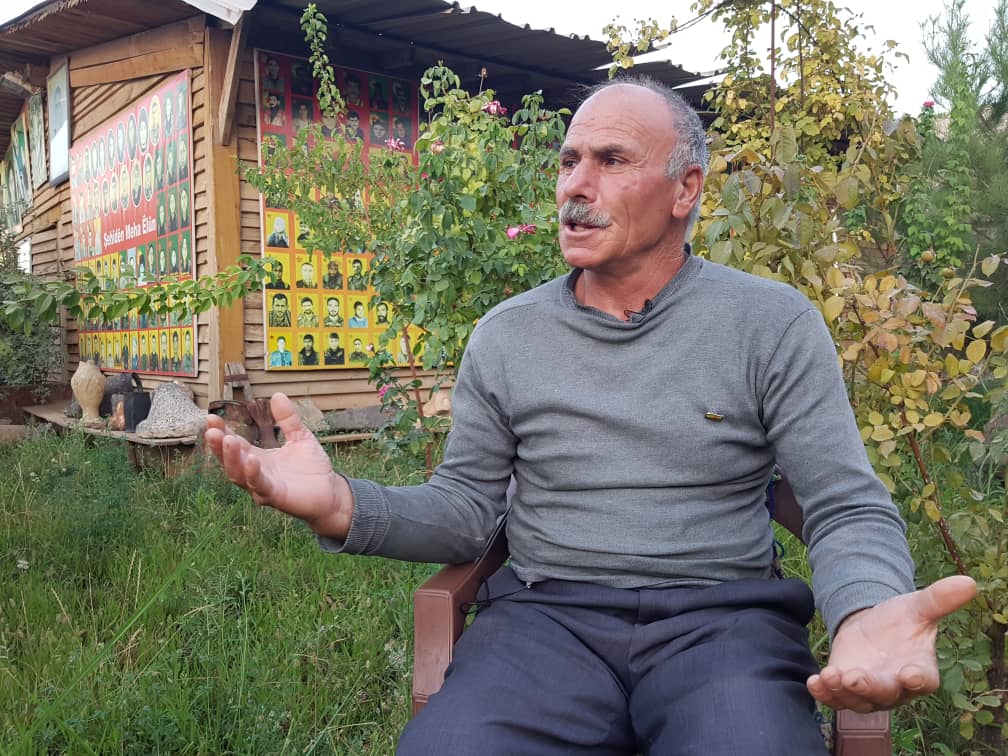 He added, "We have turned into a shield against the global threat represented by ISIS. Societies in different countries have shown sympathy for this resistance because we have made great sacrifices for that. More than 12 thousand martyrs, and 25 thousand wounded in the battles against ISIS and the Turkish occupation in the regions of northern and eastern Syria. "

Ali calls on the people of the world to show solidarity with Kobane, against Turkish threats and the mercenary factions affiliated with them, on the sixth anniversary of the great attack on the city, saying, "The international community is called upon to protect the city, the symbol of global resistance."