including America and Iran, Since 1979 to the possibility of military confrontation today, after the arrival of US aircraft carriers to the Mediterranean and increase sanctions at all levels against Iran as an attempt to change the behavior of the latter and paralyze its influence in the region.

The US move and its mobilization in the region is an unprecedented step since the 2003 Iraqi war, in response to the unsatisfactory Iranian moves in several Middle Eastern countries that threaten their forces and interests in the region, whether through proxies or directly from Tehran itself, Bringing the crisis between the two countries to an all-time high, accompanied by severe threats from both sides four decades ago.

Stages of US sanctions and the UN Security Council on Iran

US-Iranian disputes began with the fall of the Shah Mohammad Reza Pahlavi, supported by the United States and Britain, and Ayatollah Khomeini's arrival in 1979 as head of state in Iran. Khomeini's religious groups detained 52 embassy staff amid anti-US demonstrations, "during the Islamic revolution that brought him to power on 11 February 1979. With this incident began a wave of US sanctions on Iran to declare a complete trade embargo in 1995.

With the seizure of the American embassy in Iran and the hostage-taking of the employees, which created a crisis between the two countries, US President Jimmy Carter issued an executive order in November 1979 freezing some $ 12 billion of Iranian assets, including bank deposits and property.

During the Iran-Iraq war, the United States imposed new sanctions on Iran in 1984, which included a ban on arms sales and US aid to Iran.

In 1995, during President Rafsanjani's rule, President Bill Clinton passed a resolution banning the trade of Iranian oil industries. And then issued a resolution banning any US trade with Iran, ending the trade between the two countries finally after it began to improve during the post-Iraq war. The US Congress also passed the Iran-Libya Penal Code, known as ILSA, which imposes sanctions on foreign companies that deal with Iran, which wins the investments of more than $ 20 million to develop oil resources in Iran.

In the era of Iranian President Ahmadinejad, who came to power in 2005, was hit by another wave of sanctions and the freezing of assets of individuals associated with the nuclear program, by the Security Council and the United States of America because of Iran's nuclear activity.

In June 2010, the US Senate and House of Representatives approved a comprehensive law on sanctions, accountability and divestment in Iran to include many industries and materials in Iran, signed by President Obama.

The Geneva Agreement on the Nuclear Program ... Iran's economic breakthrough after decades of blockade and sanctions

After Iran's agreement with the Group of 5 + 1 in Geneva in 2013 on its nuclear program, which provides for a short-term freeze of its program in exchange for easing economic sanctions, Iran has had a breakthrough for its crisis with Western countries, as well as its first formal agreement with the United States after three decades.

This agreement has continued periodically and tentatively as a preliminary agreement, to be extended in 2014 and later in 2015 in conjunction with the continuity of negotiations between the parties concerned in the agreement.

In April 2015, Iran agreed to implement restrictions on its nuclear program for at least a decade, as well as international inspections to monitor the implementation of the Convention. In return, it lifted international sanctions under which it announced the Joint Comprehensive Plan (JCPOA) between Iran and the 5 + Russia - France - Germany - United Kingdom - China – America)

To enter into force in February 2016, signed between it and the major powers and begins with the lifting of economic sanctions imposed on Iran since 1979.

American withdrawal from the comprehensive plan ... a return to the crisis strongly, and differences between member states

In a decision considered by US President Donald Trump announced on 8 May 2018 on the withdrawal of his country from the nuclear agreement and the return of US sanctions against Iran strongly, including oil exports, shipping, banks and all economic sectors.

The US president pointed out that the withdrawal came because of Iran's support for terrorism and the creation of instability in the Middle East, misleading its commissioners to the international community and not allowing inspectors to work in nuclear sites, as well as their anti-racism towards American citizens, but the Convention serves one party which is Iran.

The withdrawal and the whole range of accusations that Trump referred to at the time did not satisfy some of the member states. Germany, France and the United Kingdom objected to the resolution, pledging to support European companies with commercial ties with Iran. Russia continued to trade with Iran, in  energy and commodities.

For his part, US Treasury Secretary Stephen Manuchen threatened foreign companies dealing with Iran, saying "Washington will aggressively target companies and organizations that circumvent our sanctions."

On the other hand, the Iranian response came to stop the sales of enriched uranium and heavy water to other countries. Hassan Rohani threatened that they would resume uranium enrichment if the other parties did not allow Iran to benefit from economic benefits within the joint comprehensive work plan.

The Iranian economy is on a slippery slope

The Iranian economy was still suffering from a frequent recession due to US sanctions and the international community. Given the scale of economic development up and down, Iran was living its worst case before the nuclear agreement on the ground in 2016 to rise again and strongly in its economy in the period of agreement, American Donald Trump on his unilateral withdrawal from the agreement and pressure other countries to return to the economic recession and strongly on all aspects of economic Iran.

Iran's oil exports, due to the US sanctions, fell by half, falling to 53% last March. Their exports reached 1.1 million barrels per day from 2.3 million barrels.

Where the US Council's decision came into force last May to end the exemption of Iranian oil importers, which include 8 countries whose oil-importing companies were exempt from US sanctions, including China, India, Turkey and South Korea and would be included in sanctions if they did not stop buying Iranian oil. According to observers, the end of the exemption will lead to the refining and economic strangulation of Iranian oil exports.

Three of the eight countries dealing with Iranian oil  Taiwan, Greece and Italy - have suspended dealing while the other 5 have halved their purchase.

Internal crisis and protests due to the economic crisis

Inflation has risen from 9% in 2017 to 31% in 2018 after direct sanctions and is estimated to increase to 37% by the end of 2019 if oil exports continue to fall and currency deteriorates in Iran.

Internal crisis and protests due to the economic crisis

Inflation has risen from 9% in 2017 to 31% in 2018 after direct sanctions, and is estimated to increase to 37% by the end of 2019 if oil exports continue to fall and currency deteriorates in Iran..

With the announcement of America's withdrawal from the nuclear agreement in May 2018 and the return of sanctions against Iran, protests were launched in most cities against the Iranian government and the head of state, Ayatollah Ali Khamenei, because of the poor living conditions and arbitrary repression of the Iranian state and its dictatorship.

The situation of the IRGC and some of the other militias of the Iranian regime on the terrorist lists has increased the pressure on the people, as the regime has increased the policy of intimidation and repression against the people to cover up its defeats in this context.

US policy against Iran .. managed economically, but the latter still has a strong political position

Despite the fact that all American attempts to impose sanctions on Iran at all levels and strangle them in a tight economic blockade on all fronts were aimed at curbing the influence of the latter in the Middle East and reducing its presence in the region, as well as reducing the threat to its forces and allies and interests in the Middle East.

However, the United States has not yet been able to find a serious blow to Iran in this regard, because, according to developments on the ground, Iran has expanded in Yemen, Syria, Iraq, the Gulf, Lebanon and other countries of the region, and continues to cooperate with regional countries of significant political Economic development.

Observers in this regard see that the prospects of war in the Gulf and other areas collide with the forces of the parties and their interests, may be possible because of the expansion of Iran in the region, as seen by the US side, and Iran's changing behavior and policies, may open the possibility of war, and direct threats between the two parties without the movement of any state to create a settlement of the dispute so far.

There is a scenario of war between the two sides in the region, but it is not clear how the war would be. It could be a quick war for sensitive points and positions of the Iranian regime in the region to intimidate and pressure it to take it to the political track or a quick and purposeful war to strike vital and influential positions on Iran, it reach a full-scale war that is likely to crush the Iranian regime and uproot its arms in the region. There is no sign of supporting any superpower that might support the latter in its battle against the United States and its allies.

This unprecedented threat and movement may be the only way to reach the borders of war without war, as a step that serves the existing political and economic war so that the Iranian regime will be subject to pressure and surrender to make concessions at all levels to avoid a comprehensive war, whether unwilling or voluntary due to   Given the current crisis the sanctions and international isolation because of its policies in the region. 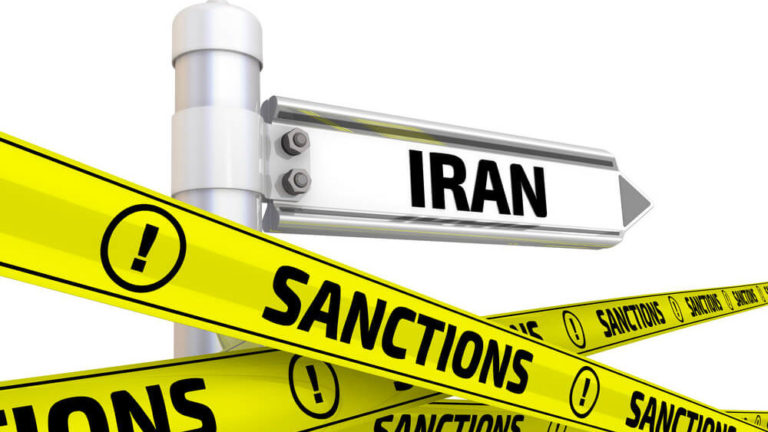 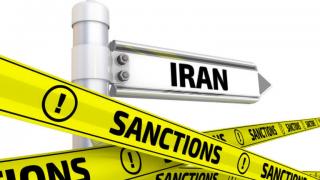 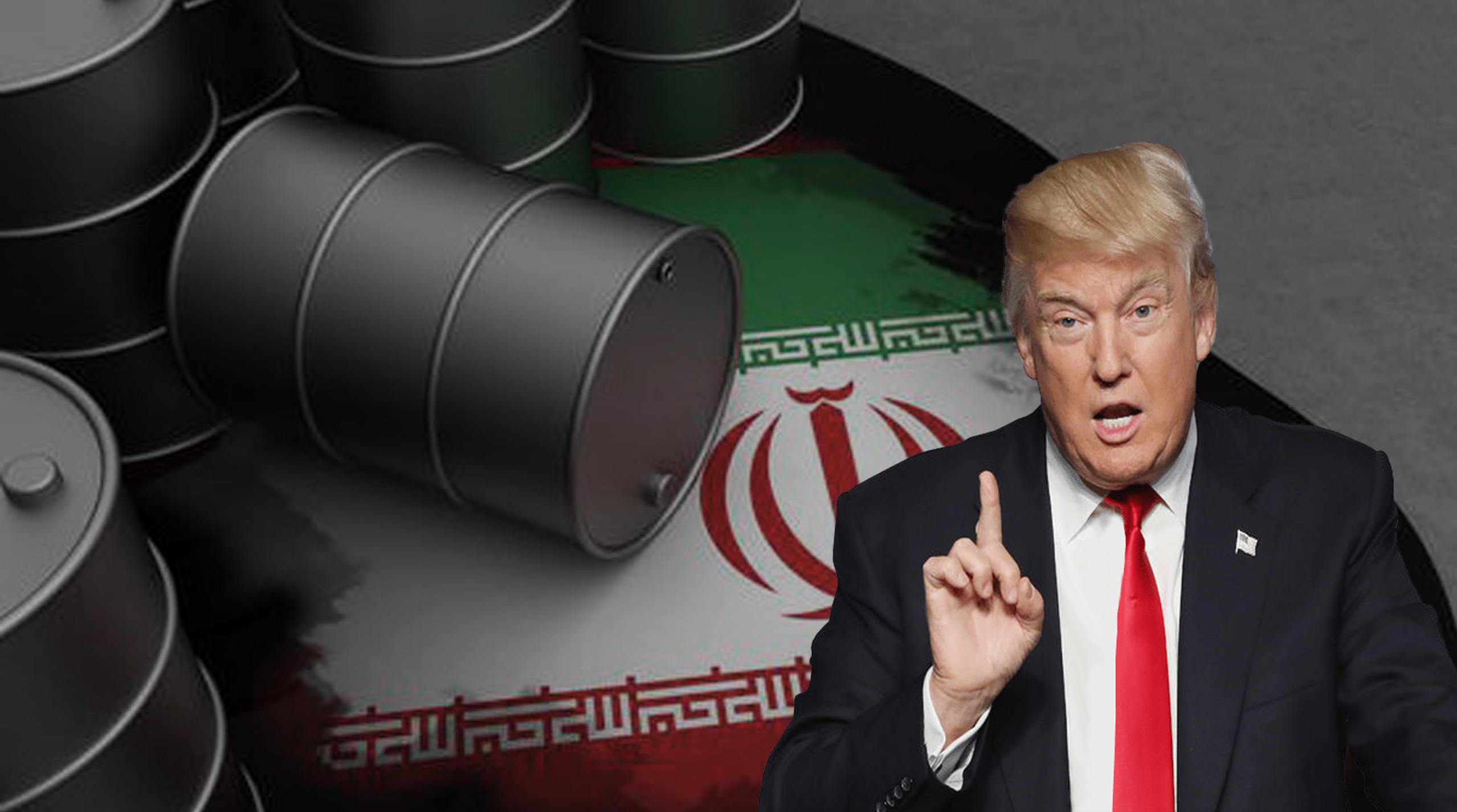 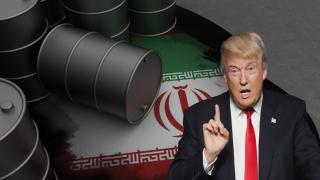 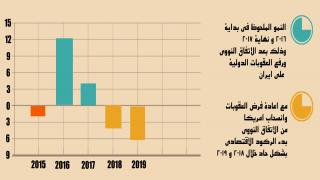 The battle of Kobani had formed an important historical event against Islamic State's gangs ...

​​​​​​​The Turkish occupation army and its mercenaries have killed more than 5...

What groups comprise under PMF; what parties support it?

After Donald Trump assumed the US presidency, the United States worked to change its policie...
Old Website