The meetings included a meeting with the External Relations Department in the Autonomous Administration of North and East Syria, Kongra Star Foundation and the Democratic Union Party PYD, in Qamishlo.

The visiting American delegation included the Vice President of the US Commission of the International Religious Freedom Nadine Menza, pastor of the Evangelical Church in Tennessee Nashville, Steve Burger.

According to the official spokesman in the Foreign Relations Department, Kamal Akef, the meeting discussed political developments at the Syrian level and the regions of north and east Syria in particular, the delegation was informed about what happens of the violations against region’s components of “Kurds, Arabs, Syriacs, and other components of the region at the hands of Turkey and its mercenaries, which depend on forced displacement, killings and looting, rape, and the demographic and cultural change of the occupied areas.

Akef added, "The meeting discussed the report issued by the American Religions Commission in July of this year, and the need to prosecute all human rights violators, and the meeting was positive, as we discussed the report that Nadine Menza, Vice President of the Religions Freedom Commission in the United States of America, will prepare for the region."

"We will wait for the report that will be issued by the delegation after its return to the United States of America," Akef said.

As for the second meeting, US Commission of the International Religious Freedom gathered with Kongra Star Foundation, and the delegation was received by both the member of the Coordinator of Kongra Star, Asia Abdullah, and the spokeswoman of the Kongra Star, Ramziyya Muhammad at Kongra Star Relations Center in the city of Qamishlo, north and east Syria.

The meeting between the two sides lasted for more than an hour, during which the two parties discussed several issues related to the region, and women in particular, and what they have achieved in the region, and the difficulties and sufferings they are exposed to, in addition to the main role that women play in the regions of north and east Syria at various political, military levels, and social.

Kongra Star presented to the delegation many documents that prove the crimes committed by Turkey and its mercenaries against women in Syria in general and northern and eastern Syria in particular, especially what the members of the Kongra Star coordination were exposed to Turkish bombing in Kobani.

Ramziyya Muhammad indicated that the delegation became aware of the suffering of women in the regions of northern and eastern Syria, as a result of the Turkish occupation, and its constant threats, and that US Commission should work to put pressure on US to put an end of the Turkish threats against the region and end its occupation.

For her part, member of the Joint Presidency of the Democratic Union Party, Fawza Youssef, during the meeting with the American delegation, referred to "the violations of the Turkish state and its mercenaries in the occupied areas where demographic change is implemented, ethnic and religious cleansing and the transformation of these areas into places for ISIS, and the recent raising of ISIS flags in Serêkaniyê and Afrin was good example.

Fawza Youssef emphasized that "Turkey does not only pose a threat to the Kurdish people, but to the entire region."

US delegation confirmed that the regions of north and east Syria are the only region where freedom of religions and cultures prevail, and that they will provide support for the sake of stability in these areas.

The delegation will go to al-Raqqa city to hold meeting with officials in the Autonomous Administration of North and East Syria, and holding several separate meetings there. 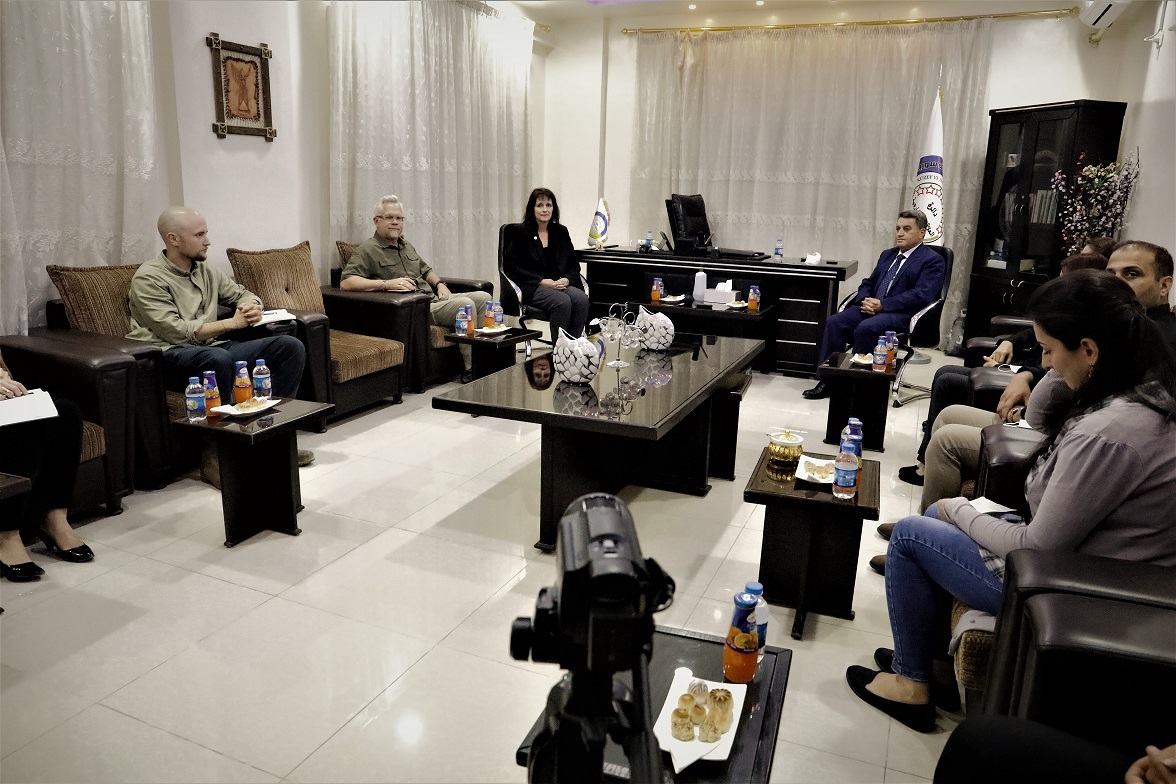 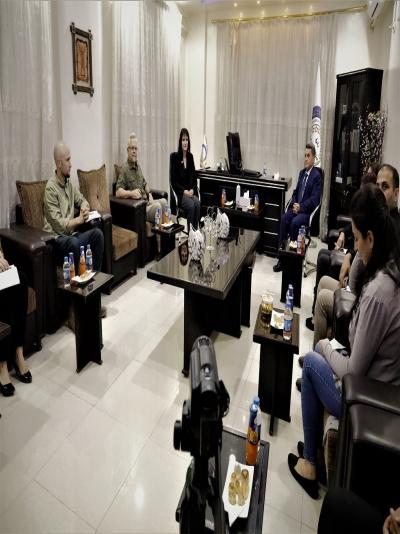 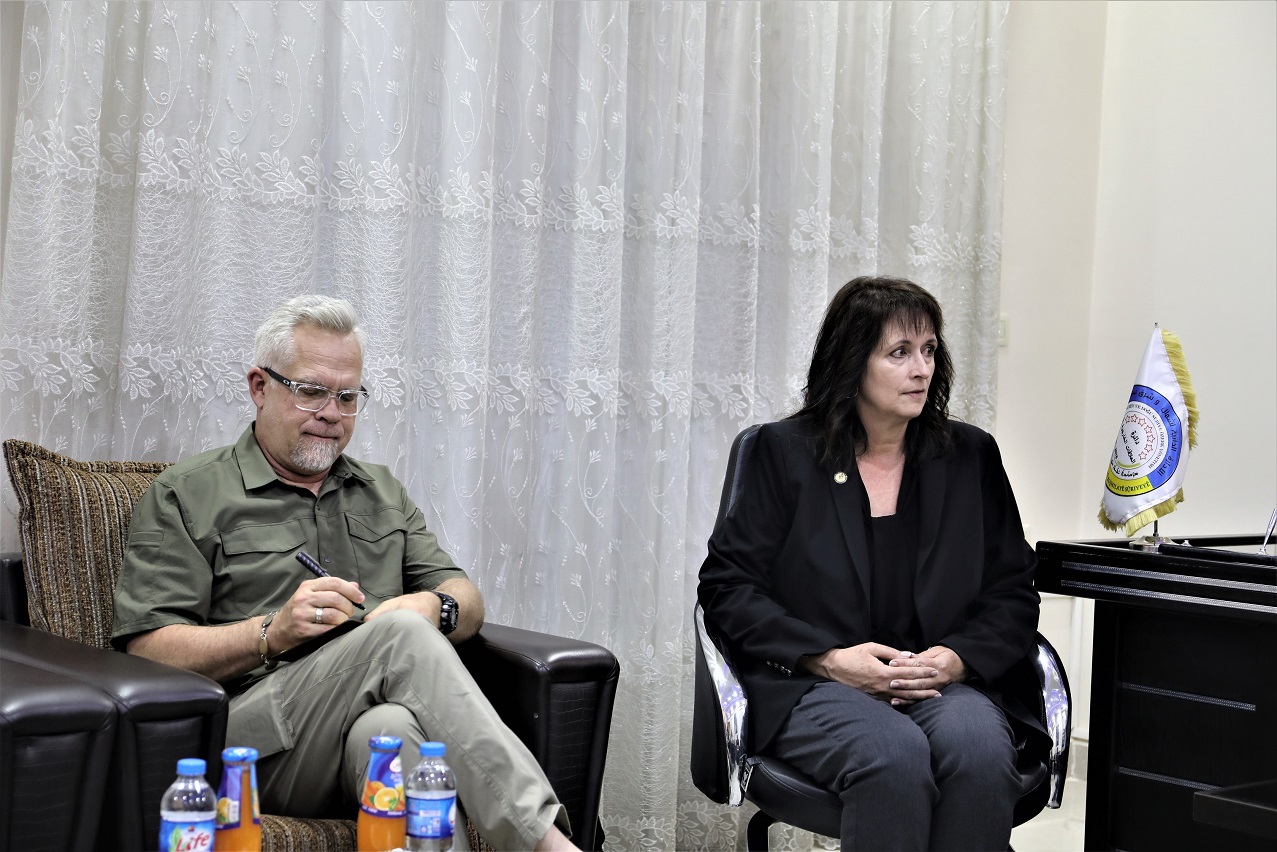 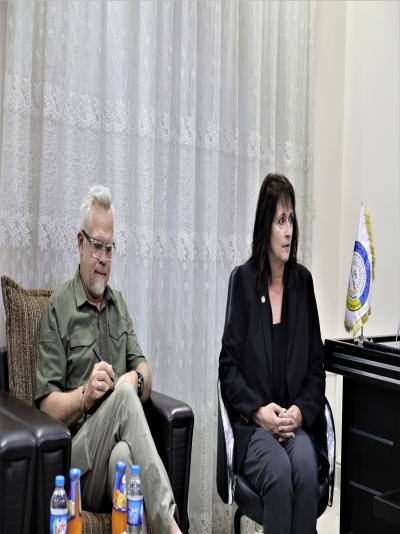 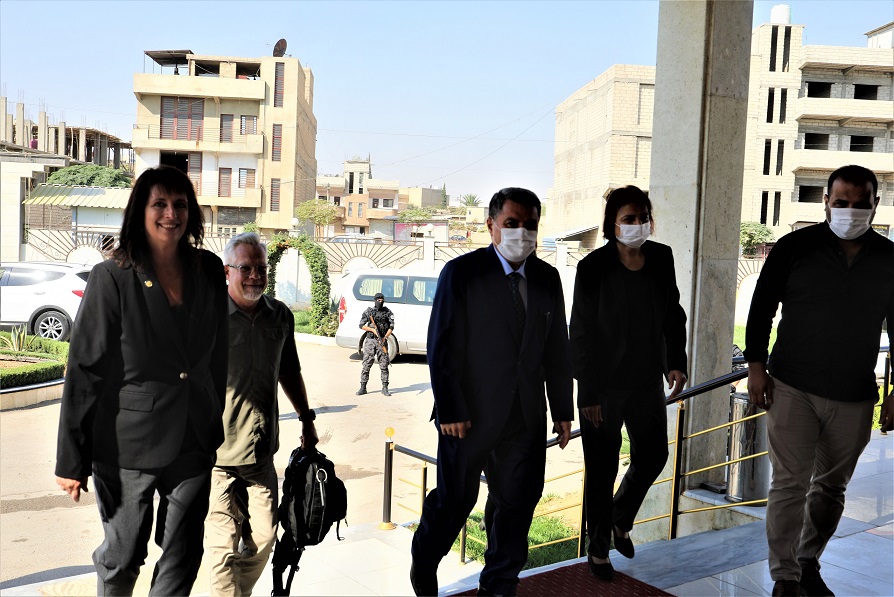 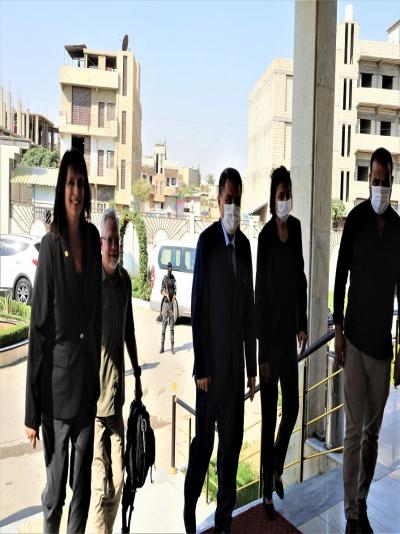 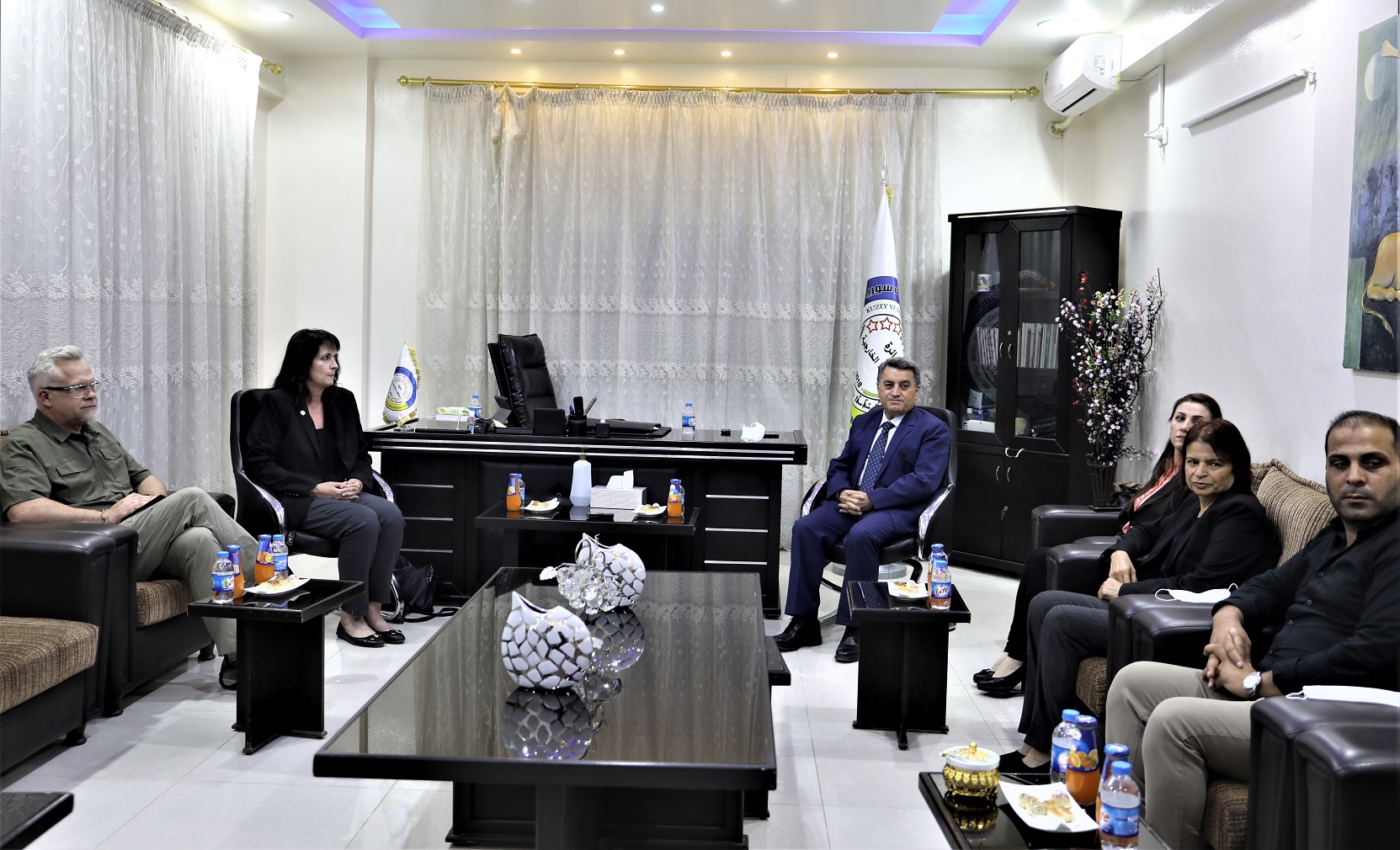 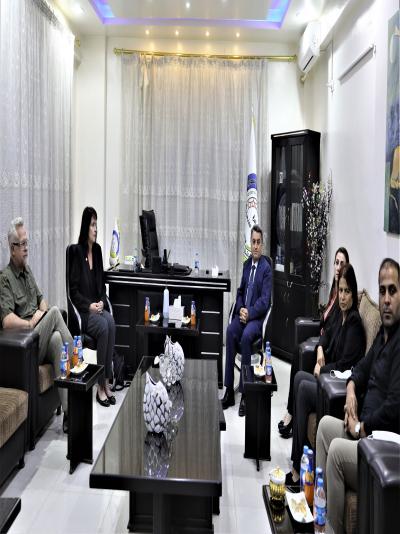 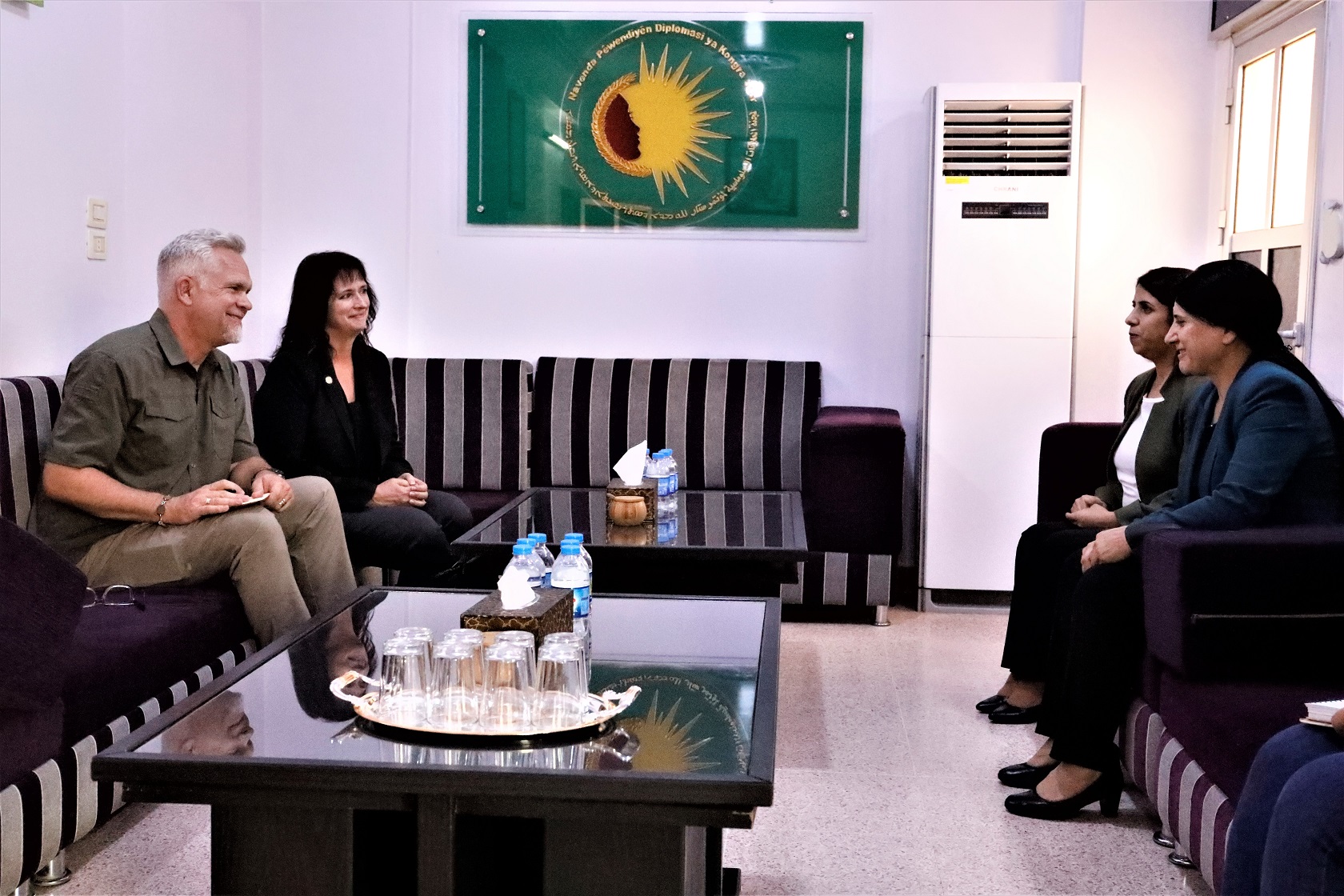 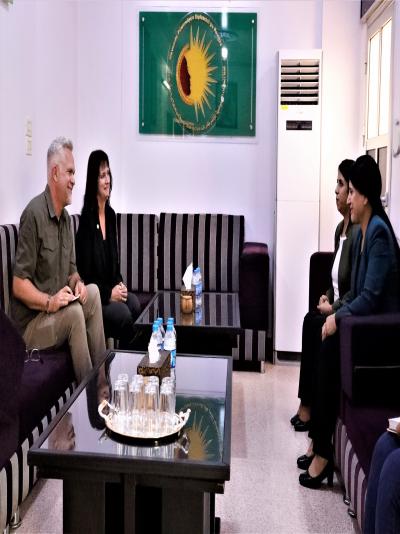 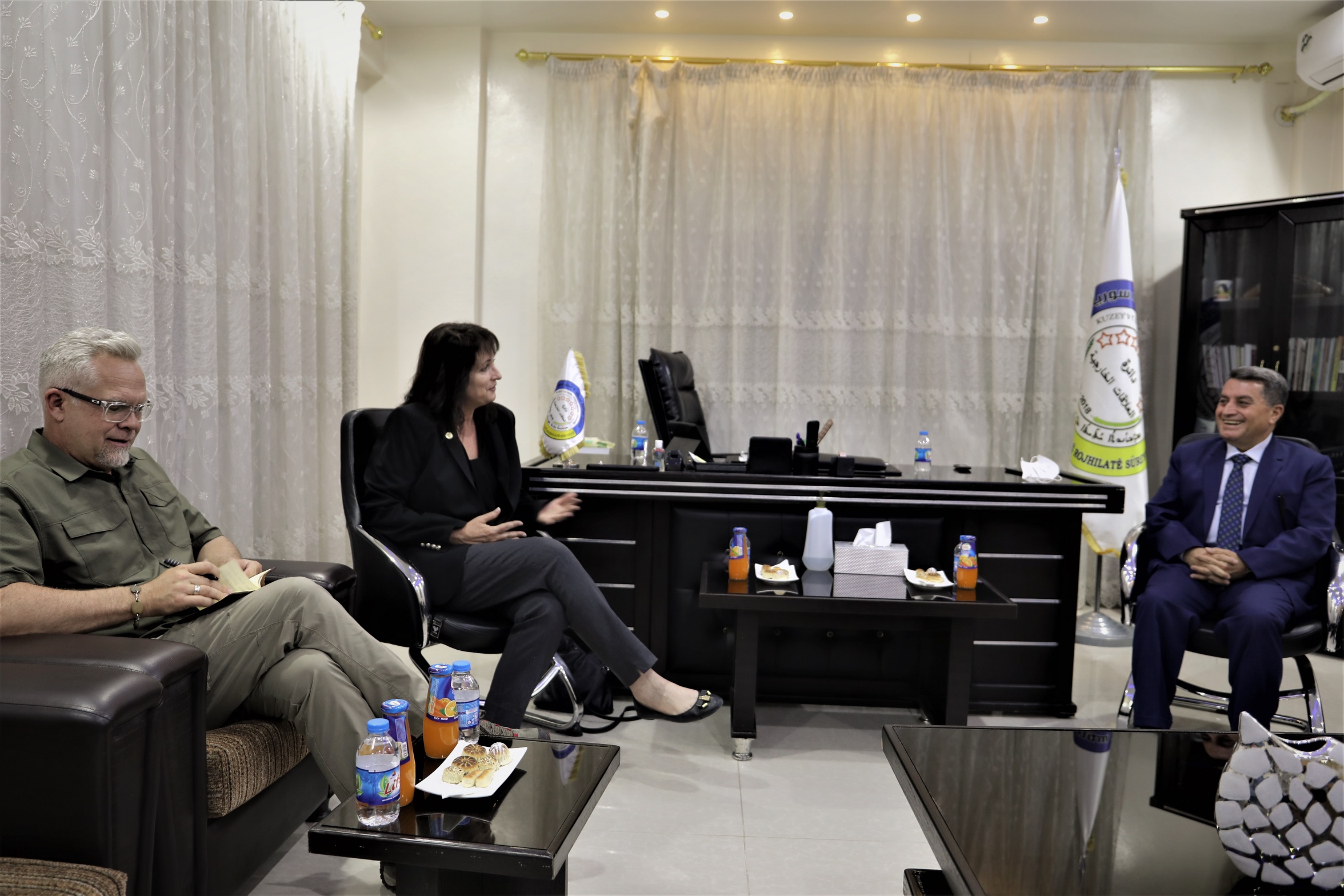 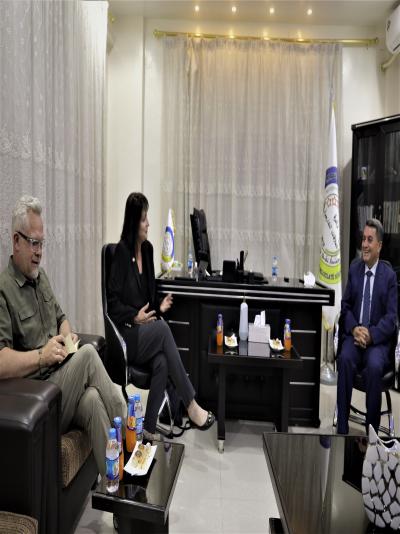 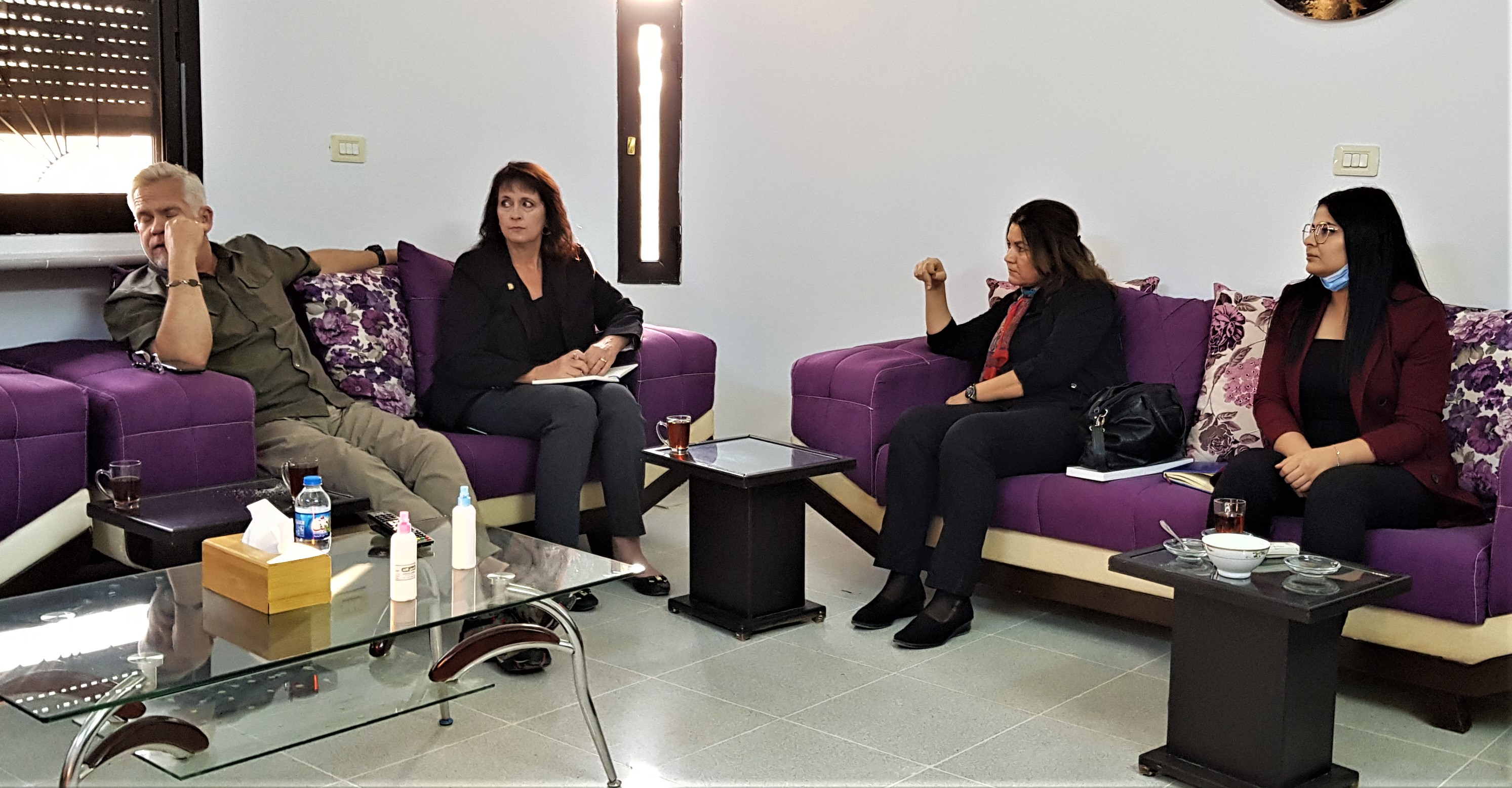 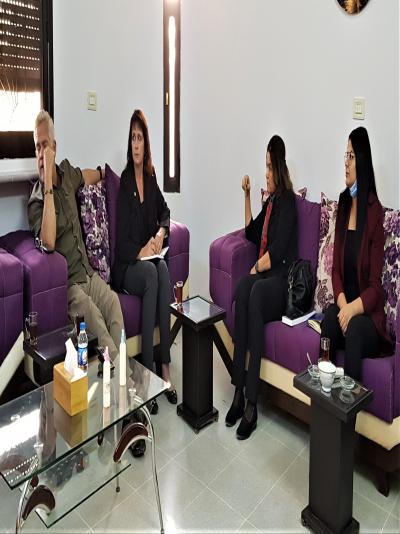