The statement issued by the Autonomous Administration of Şengal included the following:

"Since the October 9th agreement held on Şengal between the Iraqi Prime Minister Mustafa Al-Kadhimi and the Kurdistan Democratic Party (PDK) under the supervision of the United Nations until the present day, our people have been rising up and waging the struggle, our people have been resisting in all forms and assessing their activities in a democratic way, through which they are showing rejection of the agreement and fear for themselves. On the other hand, our administration has conducted, since the first day, many meetings with the government, personalities, military forces and Iraqi parties. To this day, we want to solve this problem related to Şengal through dialogue, but unfortunately it appears to us that they want to implement the agreement that they agreed upon on Şengal.

To this end, preparations are being made to bring 10,000 military forces to Şengal. We ask why these forces will be brought? When ISIS attacked Şengal, where were these forces? When we were fighting against ISIS, where were these forces? Now, Şengal has no need for any military forces from outside because the Şengal Protection Forces which consist of young Yazidi women and men can protect Şengal. We protected our people and the gains of our people against all external and internal attacks within the framework of legitimate defense. We appeal to public opinion and say that we do not want any war to happen, but we will use our right to legitimate defense in the face of any attacks on the gains of our people.

In its statement, the council clarified the objective of this agreement as follows:

Eliminate the will of the Yazidi people, defeat the Yazidi Protection Forces.

Arrest the Yazidis who fought against ISIS.

Control roads connecting cities, villages and compounds, set up checkpoints and impede the movement of residents.

In addition to closing the borders of Şengal, besiege the holy places, and bring unknown armed forces to these areas.

In this way, the Arabs who supported ISIS and were the cause of kidnapping, selling and killing the yazidis of Şengal would be returned to the region.

We call the application of these provisions the 75th Firman on the Yazidi community. Now Şengal and the Yazidi people are at risk of genocide in the name of law.

The things that ISIS mercenaries could not do in Şengal, Iraq is trying to do against the Yazidis under the name of imposing law.

To block the way to this genocide, we appeal to all parties and political forces, the four parts of Kurdistan and our people to prepare to protect Şengal and the Yazidi community."

The Yazidi Freedom and Democracy Party called on the Iraqi government to reject the Turkish ...

KHRAG Head: Everyone should pressure Turkey for Ocalan's freedom

The Head of the Kurdish Working Group for Human Rights in South Africa (KHRAG) said that the... 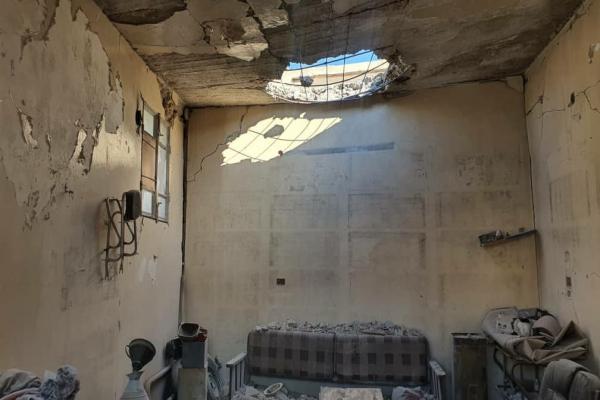 - ​​​​​​​ENKS demanded to withdraw from coalition