Some of the residents repaired parts of the houses on their own, while some families were unable to repair the houses in which they resided.

Tel Sha'eer village in al-Shahba canton had a large share of the destruction as a result of the battles that have occurred and the existence of IS in that area as most of the houses are almost destroyed. Thousands of Afrin residents are living in Tel Sha'eer village at present.

At first glance, the homes of the semi-destroyed houses and living the residents' homes within them indicate the strong will of the people of Afrin to return to their homes, as their great determination is clear in their eyes.

We will live among this destruction only to return to Afrin

Fayeq Hassen, a resident of al-Ashrafieh neighborhood of Afrin is now living in a semi-dilapidated house in the village of Tel Sha'eer with his family of seven members. Fayeq's house is consisted of two rooms, the first's walls are damaged as a result of bombardment, and the second room is invalid.

Fayeq Hassen said that they are going to live in semi-destroyed homes just to return to Afrin. He added, "We have resisted in Afrin for two months before the most powerful weapons. Yes, we came out of Afrin, but they could not break our will with their attacks and dirty politics."

Fayeq Hassen added, "We were bare feet when we went out, we walked for nine hours on our feet under the heavy rain. The sounds of the shells shook the corners of Afrin."

Fayeq said at the end of his speech, "We have been here for nearly a year, and we will resist until we return to Afrin after the occupier would be taken out." 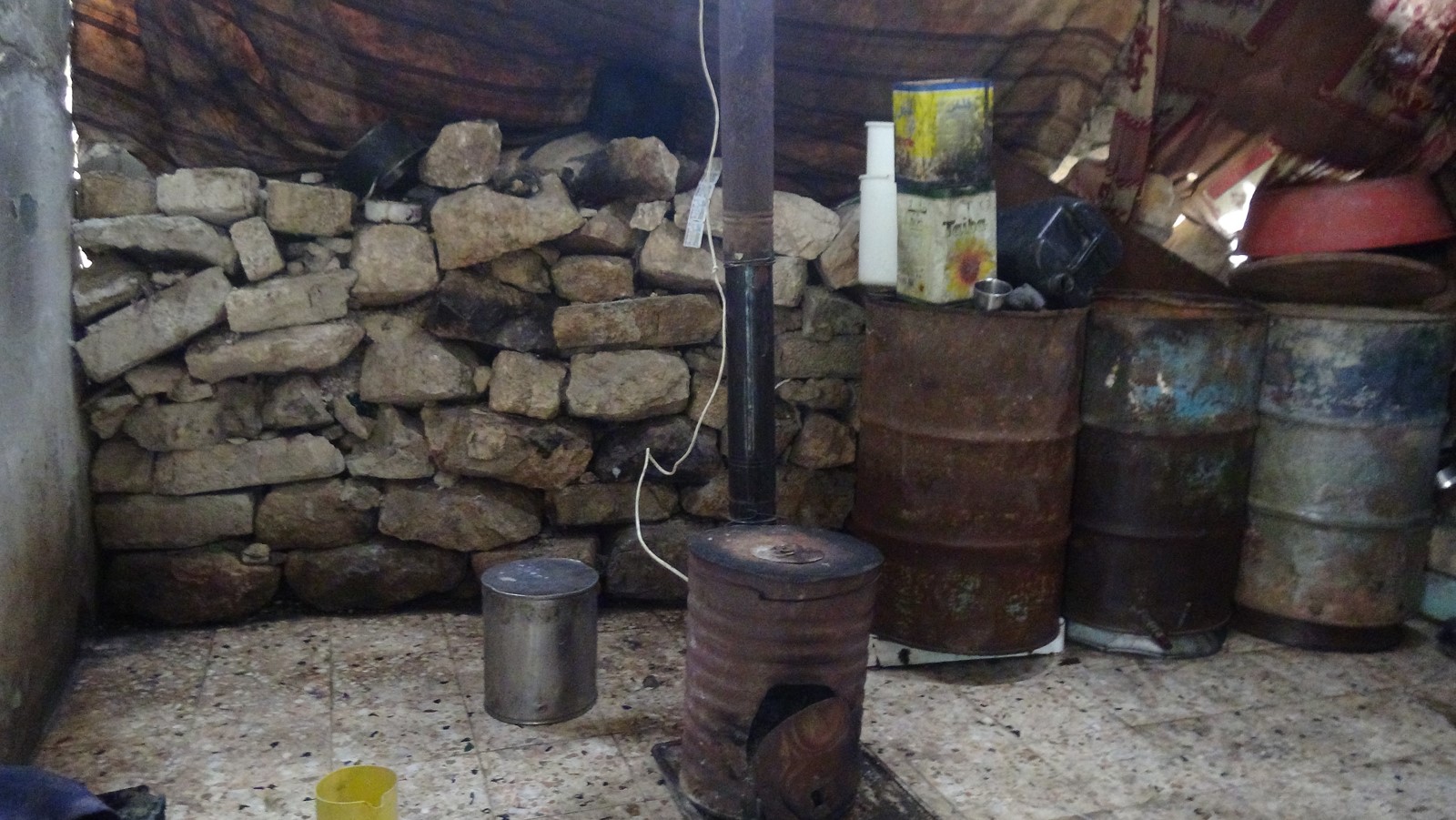 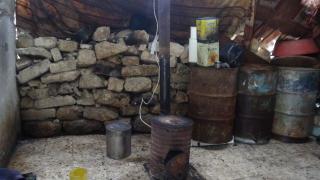 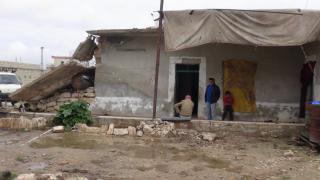 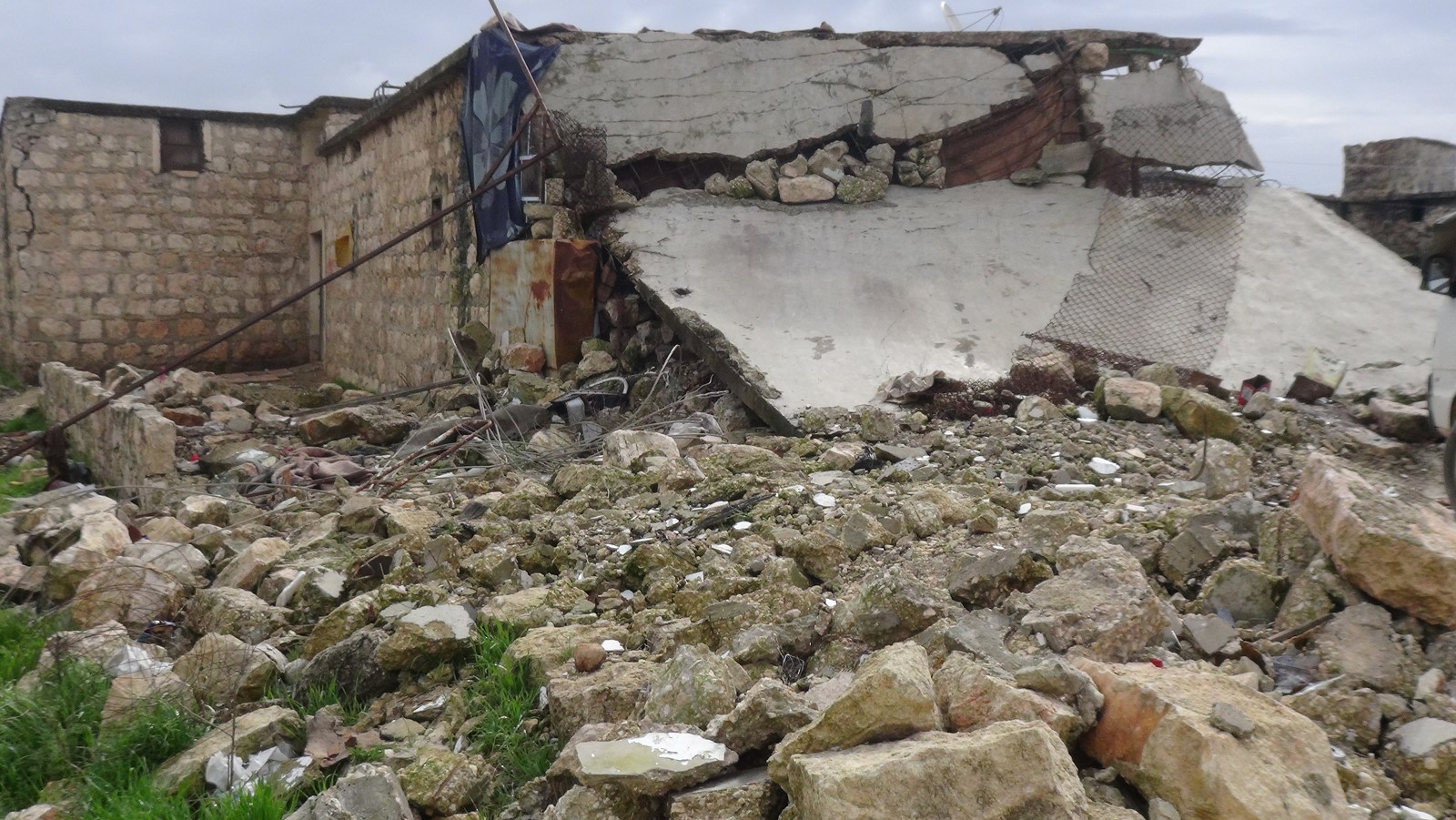 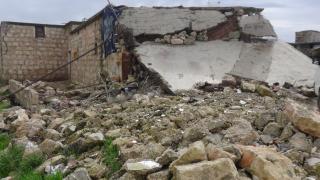 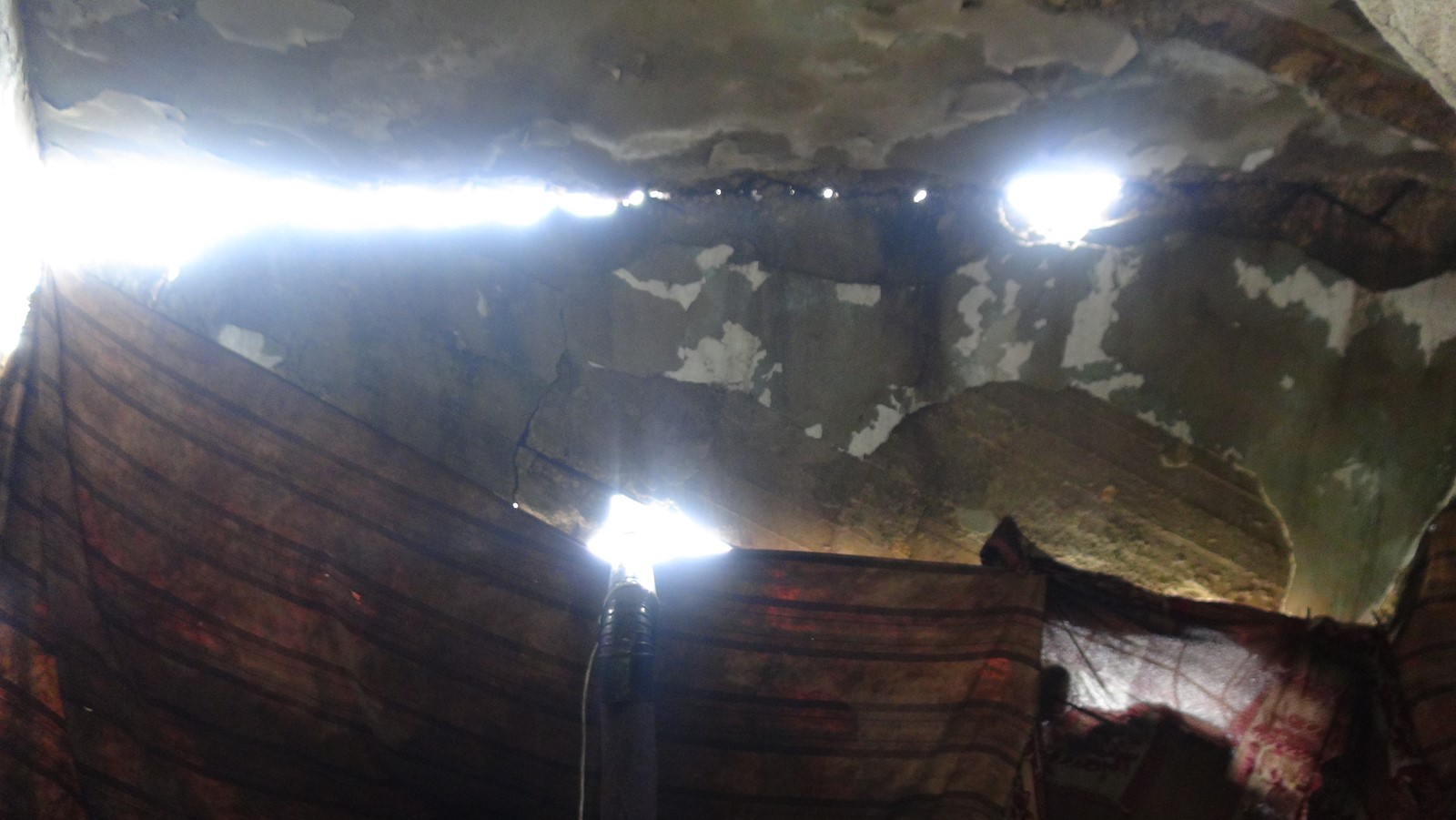 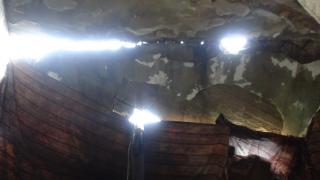 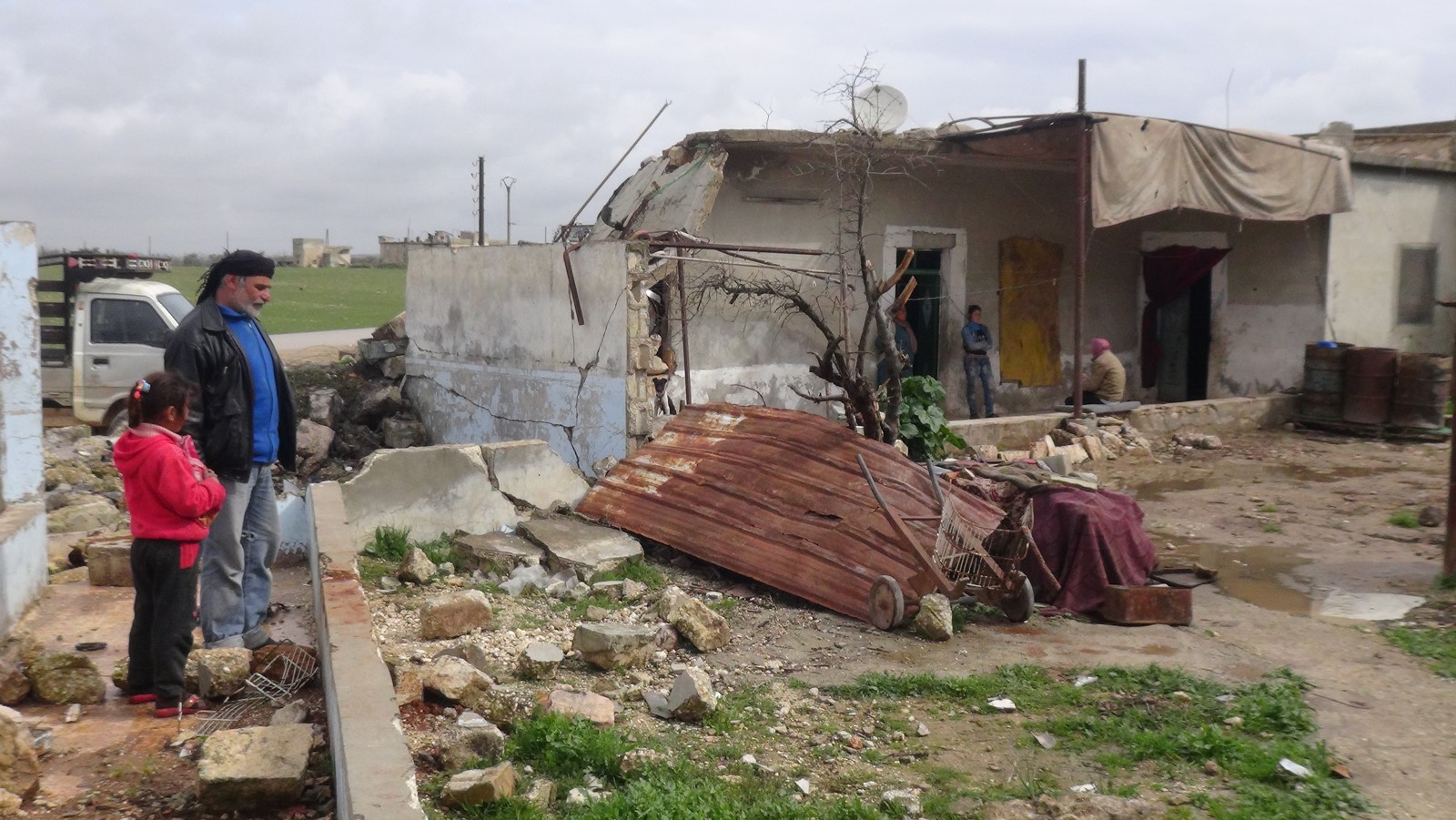 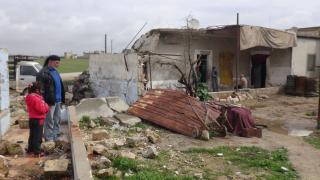 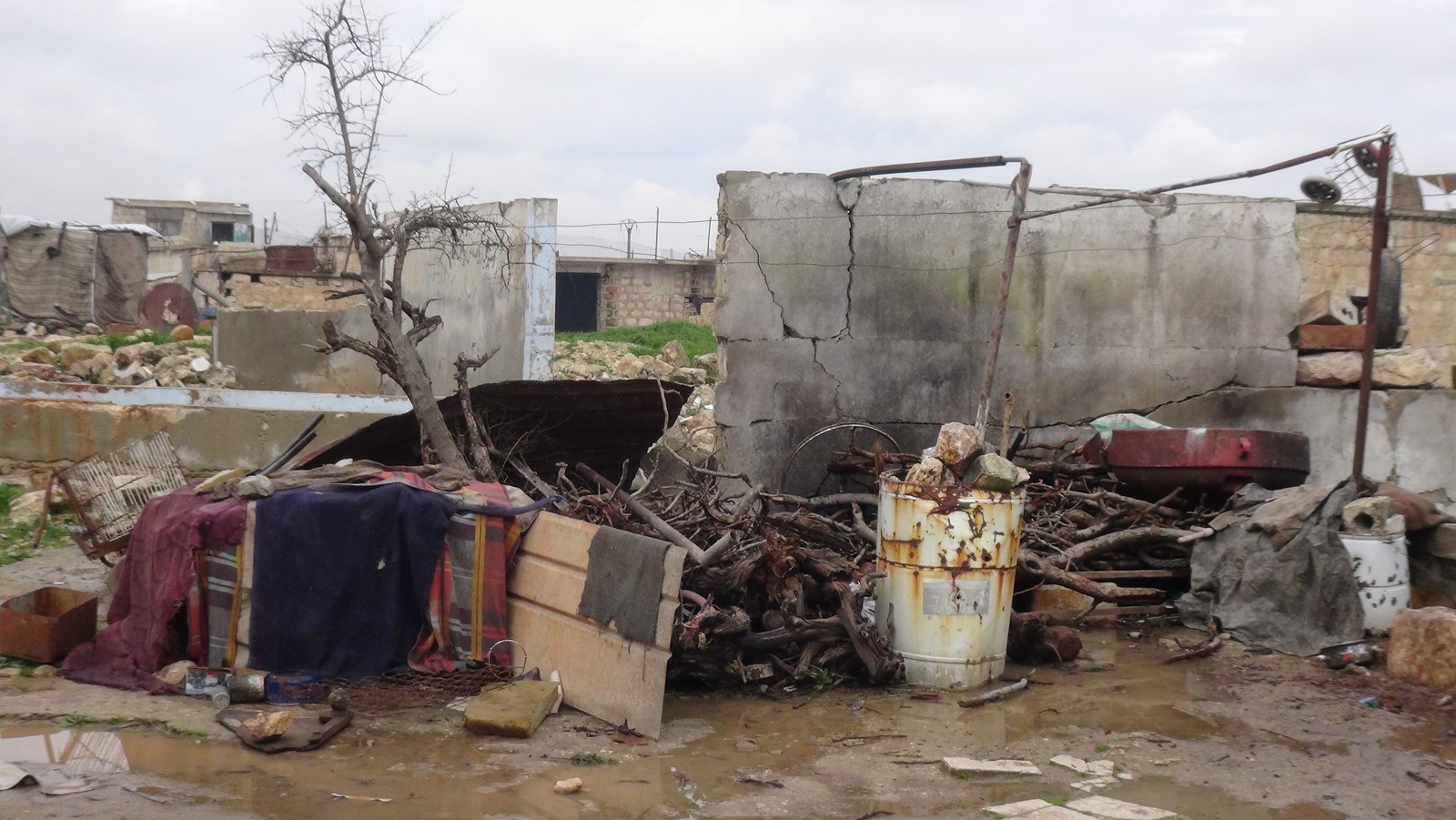 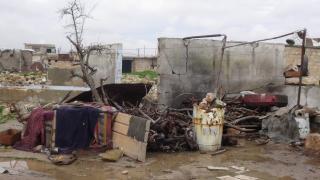 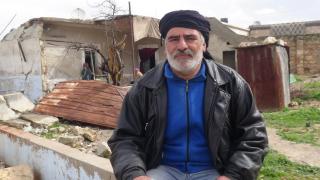