The Turkish occupation is sending some of its clients to Turkey to subject them to special training, and it promotes on social media sites that these people have been kidnapped, in order to hide them from view, and mislead the people.

A source from inside the occupied province of Afrin confirmed publishing pages on the fake social media of the Turkish intelligence, news of the kidnapping of a number of civilians within the occupied Afrin canton, and they were originally agents for them, to be sent to Turkey to receive training, and assign them to special tasks. 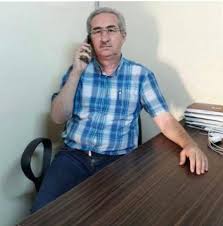 The source explained that these persons are being subjected to training courses in Turkey, and they are now at the head of their work that was assigned to them by the Turkish occupation in the occupied Afrin.

A moderate earthquake measuring 4.7 on the Richter scale struck off the Syrian coast on Frid...

Dozens of residents of Afrin canton who displaced to al-Shahba lit the candles on the occasi...

Two members of the Syrian army were killed and another was injured by the shelling of the Tu...
Old Website