The Turkish occupation began more than 20 days ago with the plan to build the partition wall in the vicinity of Afrin canton, isolating Afrin from the Syrian geography, after the destroying and demolition houses in the village of Jilbirê.

The Turkish occupation is building a separation wall in the vicinity of the villages of Kimar, Meriamin and Jilbirê, which has exceeded two thousand meters, after the trenches were dug and 20 houses from the eastern and northern sides of Jilbirê were demolished, in addition to the village school and water tank and the building of the agricultural unit in the village of Jilbirê southwest of Afrin.

About the village of Jilbirê

After the occupation of Turkey and its mercenaries to Afrin, they looted and robbed all the houses in the village of Jilbirê, they would not leave even the doors, having already displaced all its inhabitants, without allowing any of the villagers to return to it.

Our agency ANHA obtained the names of some of the owners of the houses whose houses were demolished by the Turkish occupation in April, in the eastern and northern parts of the country. They were: Ali Sayed Abed, Abdo Ibrahim Abdo, Mohamed Hassan Abdo, Hassan Abdo Issa, Othman Abdo Issa, Aziz Majeed Issa, Hussein Majid Issa, Mohammed Atta, Radwan Shawkat Issa, Ibrahim Fani, Saleh Issa, Ibrahim Abdo Issa, Jamal Abdo, Fawzi Majid Issa, as well as the school of the village and the agricultural unit.

The Turkish occupation continues to demolish the houses in the village, to dig trenches and build the wall in the center of the village, thus dividing the village into two parts.

We see our destroyed houses from afar

"they destroyed our homes and leveled our houses, after the occupation, Turkey stole our houses. We could not do anything, and now our houses have been destroyed. We have nothing left. The occupation built a wall in the village dividing it into two sections," said Farida Abdel Rahman Hamo.

Muhammad Eissa, 70, who goes from time to time to the village of Tinab east of his village to see it from there, until the village gradually began to vanish into the air, he noted: "After Turkey occupied our villages, it wanted to instigate sedition among the components, as it did not approach much of the Arab villages surrounding our village, but looted, stole and cut down trees and did not leave anything in the village, and displaced all its inhabitants, and now it is destroying the houses, and laid the partition wall to include Afrin to Turkey, all before the eyes of the world, everyone sees and watches as if nothing is going on.

Abdul Salam Abdu said that the Turkish occupation "wants to make Afrin the second Iskenderun, they destroyed the houses, built the wall, and all the countries are silent." He added that there is no law that accepts the seizure, destruction and displacement of another's home. 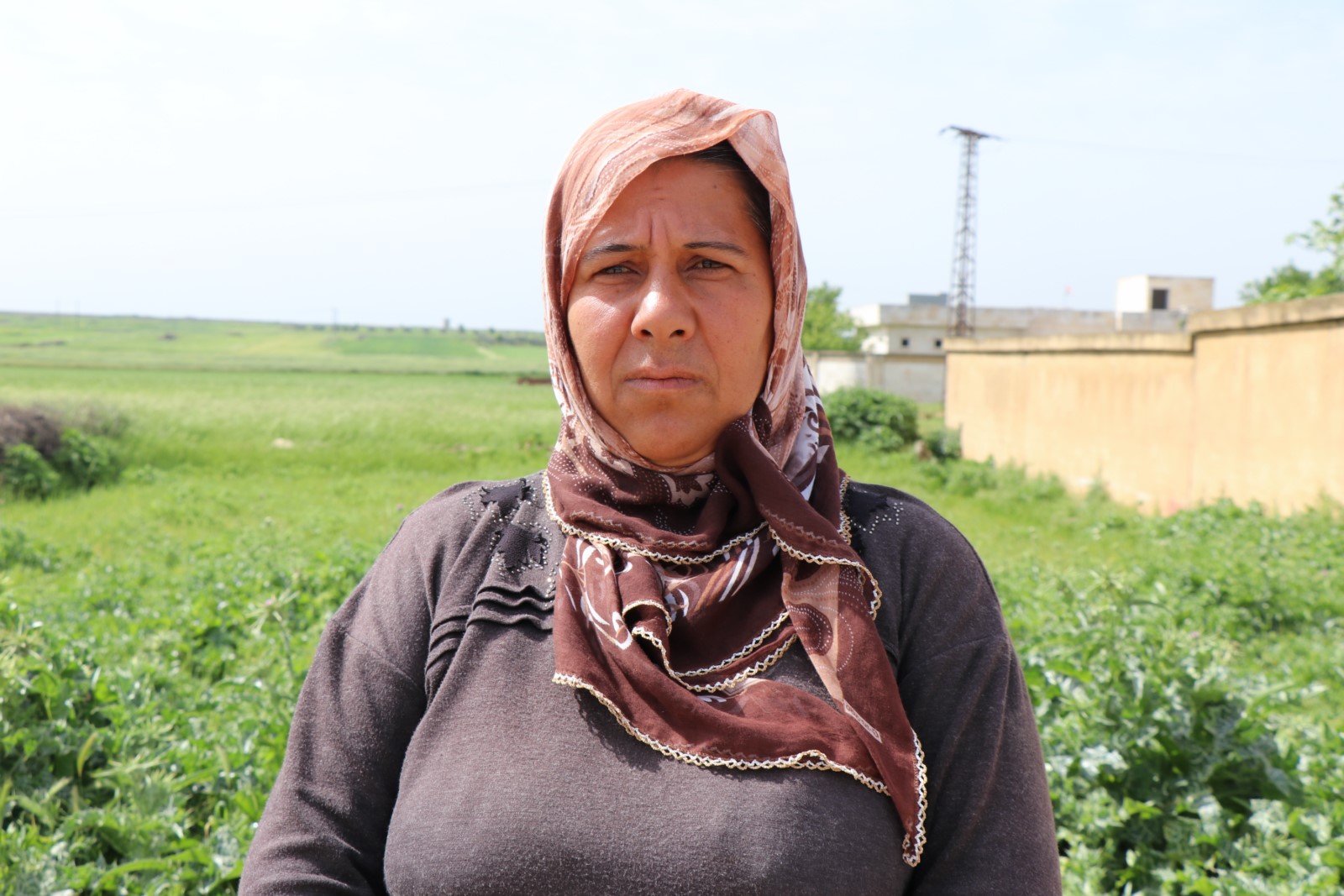 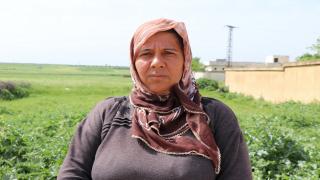 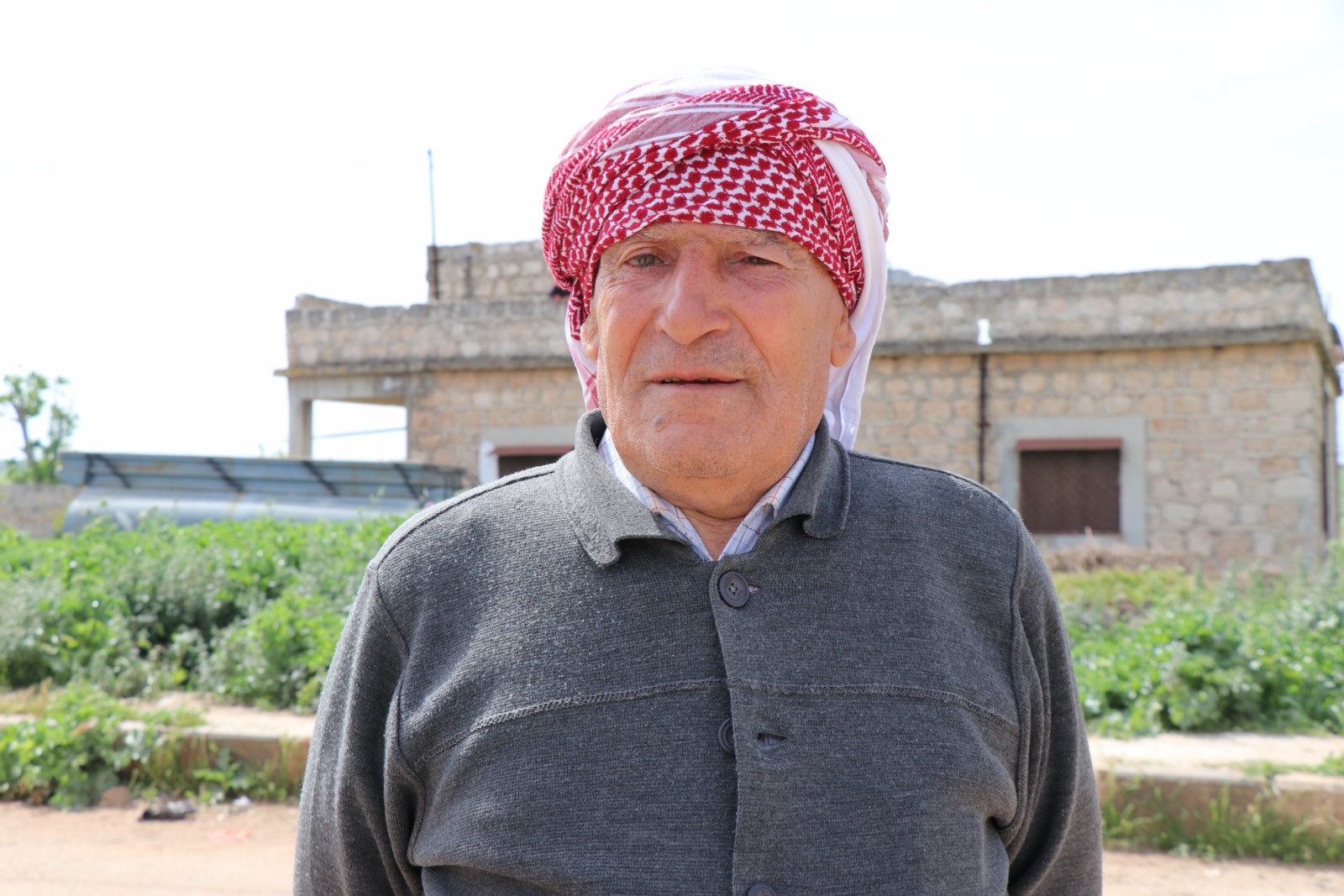 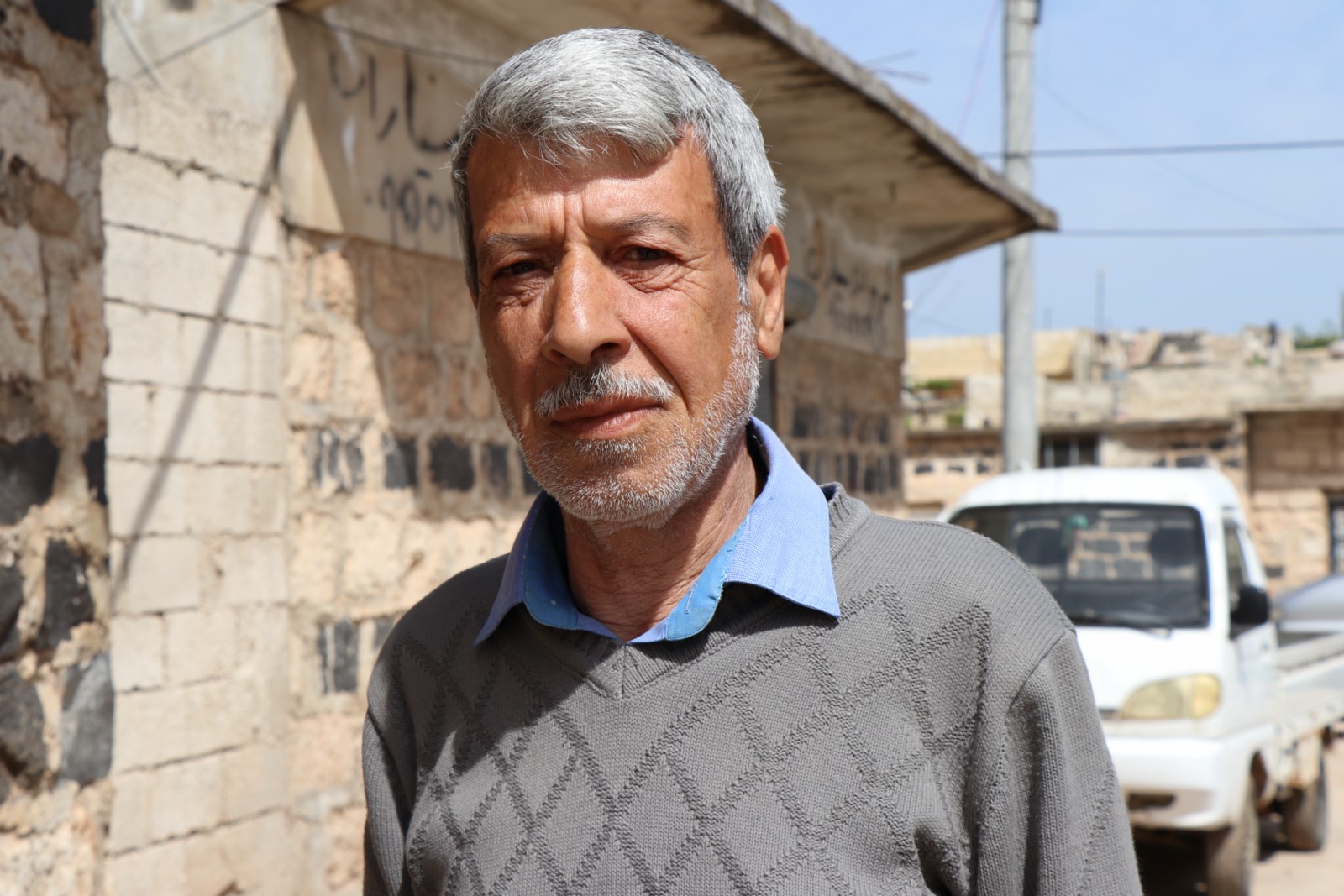 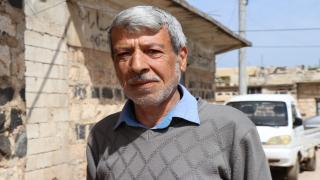 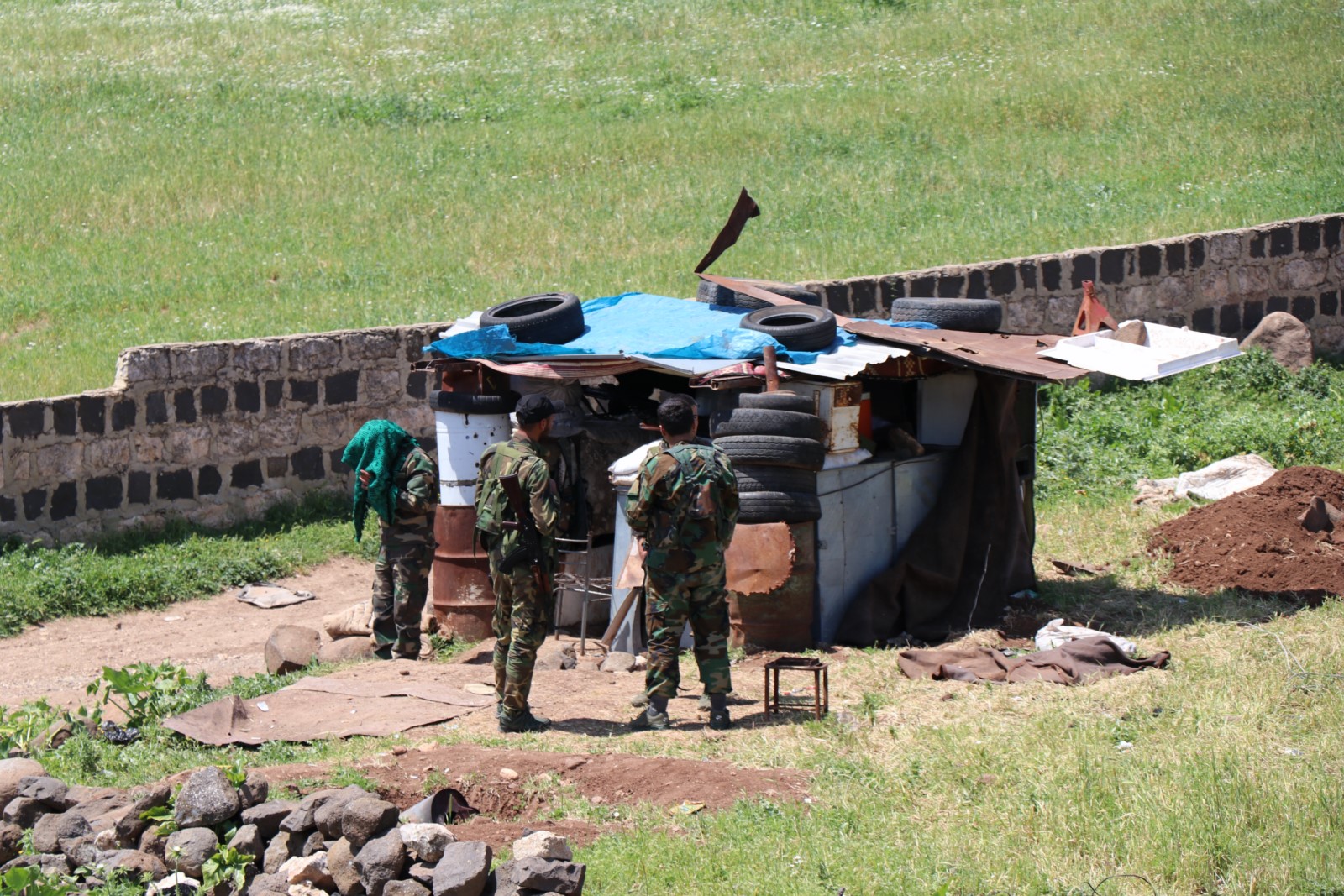 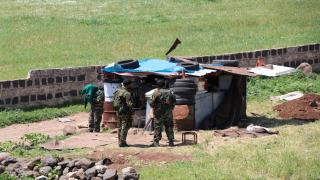 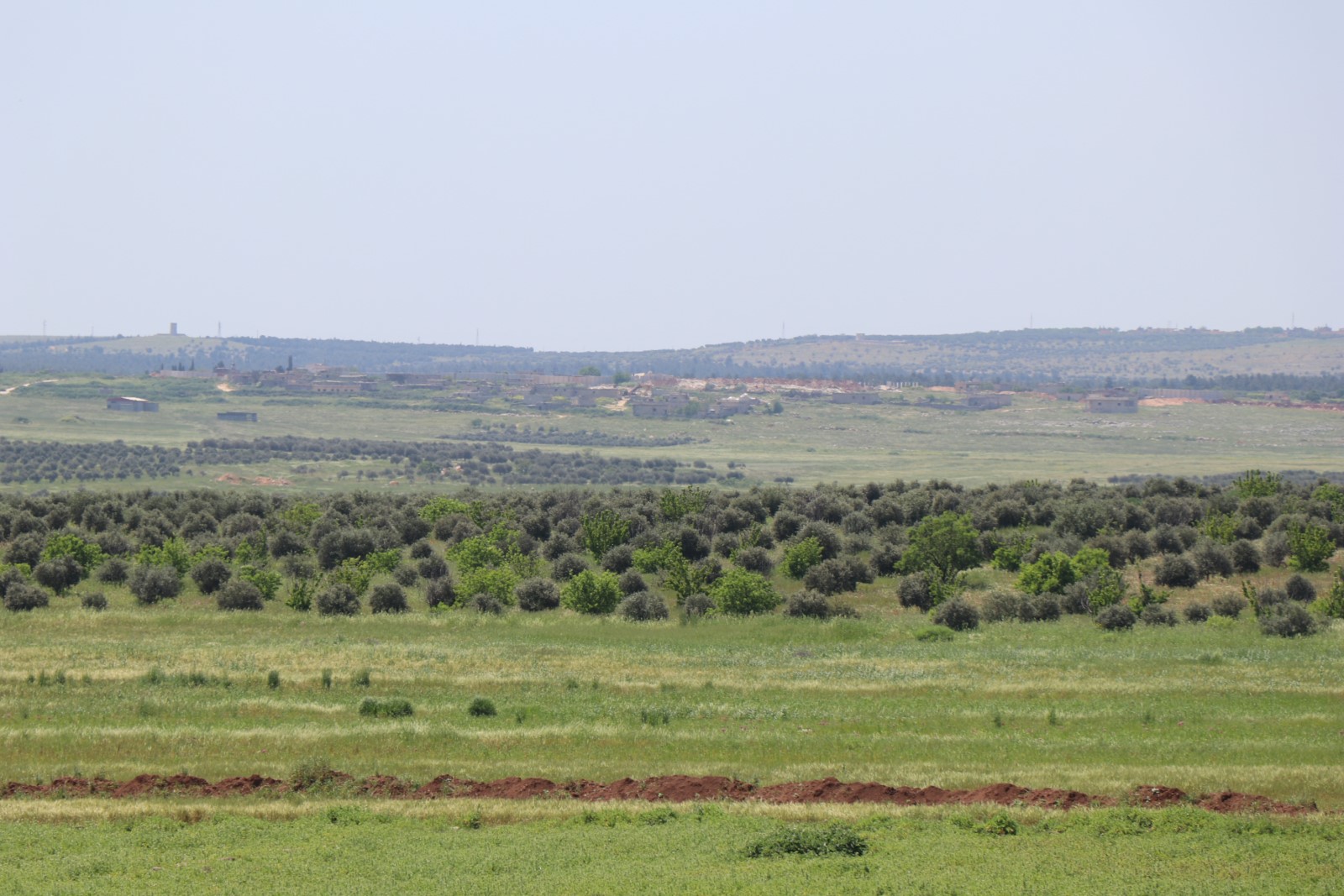 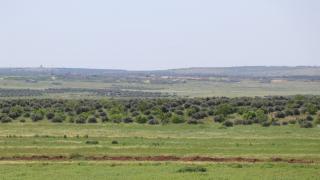 A member of the Yazidi House in north and east Syria explained that the Turkish aggression i...

The Turkish occupation army and its mercenaries renewed their bombing on Tel Tamr countrysid...

The villages of Soghanke in Sherawa district in Afrin canton is being exposed to an intensiv...
Old Website