The Chinese Uighur colony in Idlib ... Turkey is spreading cancer through the Syrian body.

In the third part of this dossier, we will list the transfers of Turkish intelligence to Turkish mercenaries, other Asians of Turkish ethnicity, and Sunni groups with a jihadist-salafist orientation to Syria, mentioning the places of their colonies and their points of deployment, in addition to the objectives of the occupation of this step.

Uighur is a name of one of the Turkish peoples, which is concentrated in east Turkistan, located in northwest China, on an area of ​​1/6 of China, Uighurs are Muslims and have an Islamic political movement that belongs ideologically to the salafi jihadism.

Uighur population in China is about 11 million, and some are in neighboring countries such as Kazakhstan, Uzbekistan, Kyrgyzstan and Turkey, but their numbers in these countries are very few, the largest in Kazakhstan about 200 thousand people.

Uighurs began to appear in Syria at the end of 2011, and their organization, the Islamic Turkestan Party, was not announced until early 2014. The party is a branch of Turkestan Islamic Party in eastern China, which was listed by United Nations as a terrorist organization in 2001, United States also declared it a terrorist group in 2009, while Russia considered it a banned organization since 2006, and China considers them separatist terrorists.

The beginning of their entry... Turkish media and intelligence have formed the appropriate mind to lure them.

The beginning of the entry of fighters from Uighurs to Syria accompanied by the announcement of Jabhet al-Nusra for itself in late 2011 in Syria with Turkish-Qatari-Saudi support, then helped the member of al-Nusra" Abu Rabah", who was wounded in battles in Syria and settled in Turkey, establishing their first camp in Syria and launch a website "Jihadi" in Turkish, its headquarters in Turkey in order to recruit Uighurs and bring them to Syria.

Turkey's support for Uighurs in Turkestan region in China was manifested in helping them to come to Turkey and then sending them to Syria to join the ISIS and Jabhet al-Nusra, where they were given residence and passports or travel tickets to reach and reside in Turkey, and then dedicated their own homes to teach al-Quran and Islamic law in the sense of extremist jihad, to send them later to Syria, and the Turkish universities have opened the door to provide special university scholarships for Uighur students, including "New World University" in Istanbul to attract the largest number of families and the younger generation.

This was confirmed by a number of IS mercenaries who were arrested by Syrian Democratic Forces, including Uighur Daesh mercenary Othman Ismat, who assured to Hawar news agency ANHA about this information about their exploitation by the Turkish state and how they transferred Uighur fighters and their families to Syria.

China has accused Turkey of giving Uighurs identification documents and then facilitating their travel to Syria and joining Daesh, government reports have revealed that there is a tendency in Turkey and IS organization to organize the travel of these groups, which began entering Syria through Turkey as part of the "families' migration" the reports added that there is a commission paid to agents for every Uighur person.

In addition, the mechanism of promoting Turkish media and its policies lies in putting Uighur community in a shell that they are oppressed in China and that they prefer the Syrian war to the Chinese repression! This appears clearly in their intensive reports in this regard in 2013 and 2014, that is, before announcing ISIS for its alleged caliphate by months, for example Anadolu Agency which belongs to Erdogan's government intelligence, has repeatedly reported such reports: "Uighur Muslims prefer the fire of the Syrian war to suppress the Chinese authorities."

Killing and displacement of the Druze and Christians to draw the boundaries of Uighur colony in the countryside of Idlib..!

The Druze in the countryside of Idlib are a major component in the province, where they spread in the villages of Mount Samak north of the province within 18 villages, as well as the children of Christian religion in several villages and towns in Idlib, the most important towns of al-Gasanyia and al-Yakoubyia, with the militias under the banner of Free Army and jihadist factions backed by Turkey dominating areas in the countryside of Idlib, they threatened Druze with Islam or with the sword, thus opening the way for forced migration or Islamization.

In 2014, when ISIS was controlling of that area, a Saudi named Said al-Gamdi was officially commissioned to "teach Druze the fundamentals of Islam". Otherwise, he would be slaughtered, followed by Jabhet al-Nusra and the Islamic Turkestan Party in 2015, after Idlib was ousted from ISIS, it was also threatening the Druze and Christians in north of the province, to pay tribute and learn Islam in their own way and to bring their children between 10-14 years of training camps, was rejected and committed the most terrible massacre against Druze in Kleb Luza village, which killed more than 40 Druzes and displacing forcibly while others remained to embrace Islam, not to mention operations of rape and systematic kidnapping.

Turkey established colony of Uighurs in Idlib adjacent to the borders of Iskenderun and supports their survival.

In conjunction with the violations against the people of Mount Samak and the villages of the western countryside and north of Idlib increased the influx of Uighurs to this area, whether they are fighters or families and also to al-Shahba areas, the leader of Turkestan Brigades, Abu Rida al-Turkistani, asked the Muslims in Turkistan to come to Syria and join their society to fight the Alawites, in a speech during the occupation of Jiser al-Shegour city.

During the years 2013 and 2014, the figures indicated influx of more than 20,000 Chinese Uighurs to the area extending from Jabal Samak Druze to Mount Turkoman that spread over most of the border between Idlib and Iskenderun Brigade in the northwestern corner of Syria with a distance of 100 km and depth of 20. But the number was increasing and the exact number of their presence today in that colony of occupied Syrian territory is unknown.

A significant number of Uzbeks, Caucasians, Turkmans, Tajiks and Azeris come to these areas and live with Uighurs, and they and their children have joint training camps in the town of Drakush in the countryside of Idlib.

With the convergence of the three parts of this dossier, we see many similarities in the Turkish policy to occupy the Syrian territory and then cut it, namely the forced displacement or melting of the society found in the crucible of its mind and culture and bringing components of Turkish race inside and outside to that area to facilitate its move and occupy it later.

All mercenaries with their families who came to Syria via Turkey believe in the idea of ​​"ban Turkism, htat is, believing in the unity and brotherhood of all Turkiish-speaking forces, in this argument, Erdogan wants to make Turkey a center to link all these forces and conduct them according to his policies and management it according to its policies in the area.

According to Beirut Center for Middle East studies, Turkey's support for the Uighur movement in Syria is part of Turkey's expansionist ambitions and a foothold for the ethnic Turkish Uighurs within Syria and a change in its demographic composition so that it can intervene in Syria in the future, under the pretext of maintaining the security of Turks there

Tomorrow: Afrin was looted and settled in, but Turkey did not determine its fate due to resistance

11 years on Syrian Crisis, no solution seems on the horizon

Dozens of prisons have spread in Afrin canton after its occupation by the Turkish occupati... 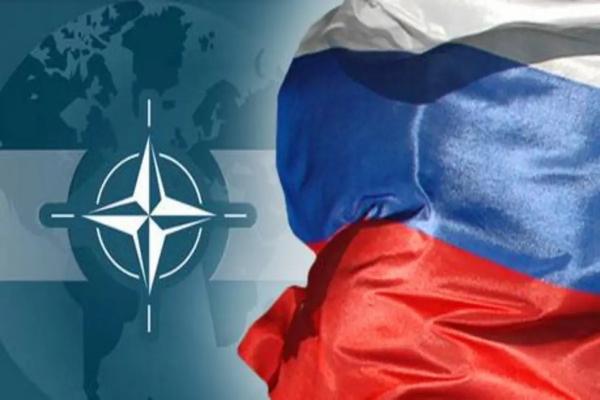 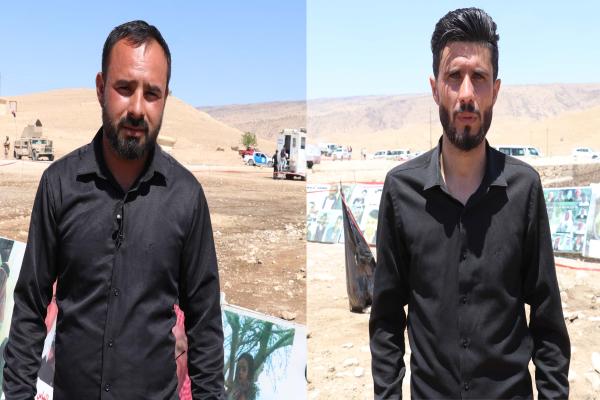 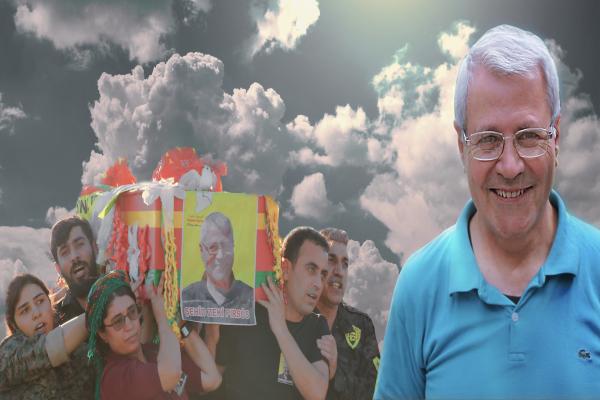 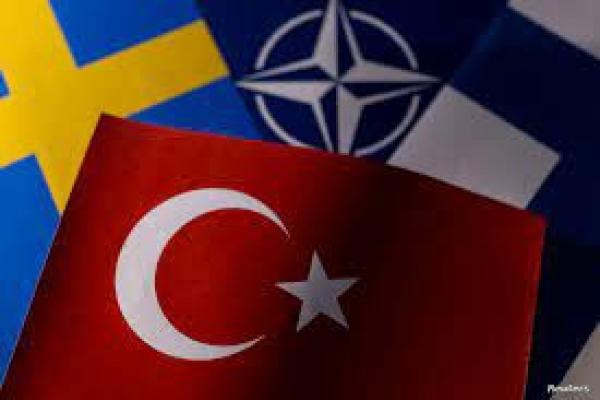 - ​​​​​​​Al-Abed: We should not count on international community