A large fire broke out in the agricultural fields in the eastern countryside of al -Bab city. Al-Bab Military Council's forces and the farmers rushed to extinguish it and control it before expanding to other agricultural areas.

In this regard, the fighter Baran Arima of al-Bab Military Council said: "A fire broke out in the fields of wheat, barley, olive trees and nuts in Sheikh Nasser village in the areas of the Euphrates Shield mercenaries related to the Turkish occupation." 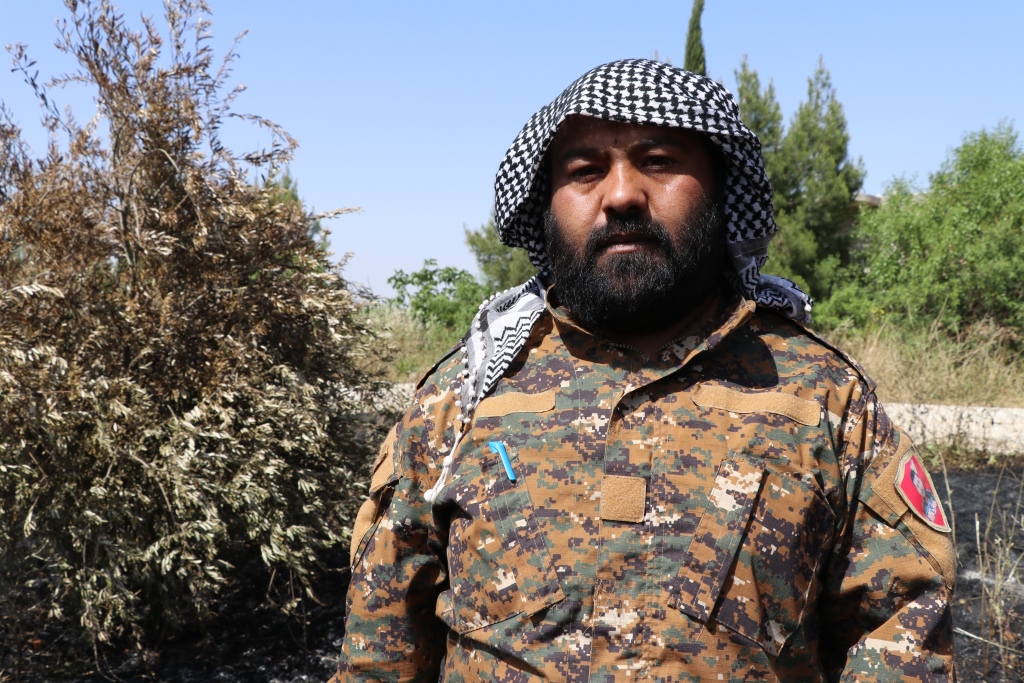 According to the information, the fire set to more than one site at one time and led to the burning of large areas of wheat and barley crops, in addition to walnut trees and nearly 300 olive trees.

It is worth mentioning that the Turkish occupation army also caused yesterday the burning of agricultural areas in the countryside of Ain Issa district in the north and east of Syria.