Turkish President Recep Tayyip Erdogan continues to engage in wars and conflicts in the Arab region, hoping to achieve his dreams of restoring the glories of the Ottoman Sultanate whose hands were stained with the blood of the peoples of the region from the Arabs, Kurds, Syriacs, Armenians and Greece, but he did not achieve a decisive victory in all the countries that enter it, starting with Iraq passing through Syria to Libya.

The leader of Ennahda Movement, Rached Ghannouchi - the President of the Tunisian Parliament - clearly and explicitly supports Accord Government in Libya, and is distinguished by his good relations with Erdogan and the Emir of the State of Qatar, Tamim bin Hamad al- Thani, so the Ennahda positions often come from the Libyan conflict identical to the Turkish-Qatari agendas in the region.

Due to the strong relationship between Ghannouchi and Erdogan, the latter is trying to make Tunisia a backyard for its forces and a bridge for mercenaries to enter and control Libya in an effort to extend its influence over North Africa.

This was more evident with the arrival of a Turkish plane said to be carrying medical aid to Libya at the Tunisian airport of Djerba Zarzis last month, after the European Union launched an IRINI mission to monitor the flow of arms to Libya, but there was talk of sending weapons there from South Africa.

However, Ghannouchi’s actions and his contact with the Libyan Prime Minister Accord's government, Faiz al-Sarraj, and his blessing of control of al-Wattia Air Force, met with a strong Tunisian popular rejection, and Tunisian voices demanded the dismissal of the head of the Ennahda Movement, Rached Ghannouchi, from his position in the parliament’s presidency, because of his bias towards Erdogan's interference in Libya, and in this context a crowd of opponents gathered in front of the Parliament building, on Monday, to demand his removal from the presidency of the Parliament.

The Tunisian General Confederation of Labor confirmed the strongest professional and political alliance in Tunisia, its refusal to exploit the Tunisian lands as a starting point for Turkish or other interference in Libya.

A statement issued by the National Executive Office of the Tunisian General Labor Union: "The escalation of events in the sisterly country of Libya after nearly 10 years of infighting, foreign interference and the tolerance of the lives and wealth of its children."

He continued, "The situation has become more dangerous after the direct intervention of a number of countries, and after the transfer of thousands of terrorists who suffered the most heinous defeats in Syria to transform the confrontation to the Libyan front and from there to other fronts in Africa to share positions of influence and control over wealth, especially oil, gas and uranium."

The Union said that this situation is reflected on Tunisia and constitutes a direct threat to it at all levels, adding, "The threats exacerbated by the involvement of Tunisian political parties in support of this or that party, after the statements of the US Forces AFRICOM leadership, which revealed a plan to use Tunisian lands to enter the Libyan conflict America directly

The Tunisian trade union organization also stressed its rejection of any foreign intervention in Libya and considered it a direct occupation, and called for the necessity of imposing a Libyan Libyan solution to the crisis through a dialogue that precedes the cessation of all forms of armed resolve.

And continued, "He recruits the union with all the national forces to confront in all forms the use of the soil of our country as a starting point for American, Turkish or other interference in Libya."

The Union also called on the President of the Republic, Qais Saeed, and the People's Representatives to "present a legal initiative that prevents any party, regardless of its position or strength, from dragging Tunisia to line up behind the alliances, which are all against the interest of Tunisia and against the interest of our brothers in Libya and our peoples in the Arab region."

He concluded his statement by calling for "the Tunisian authorities, especially the constitutionally authorized president of the Republic, to express the national position, to take all security and sovereign measures to protect our borders and prevent the movement of terrorists to and from Libya, and not to repeat the criminal experience of travel that resulted in the killing thousands of our youth to the crematoria of death and terrorism."

In this context, Munther Qafrash, head of the Tunisian Salvation Front, said that they demanded the withdrawal of confidence from Ghannouchi because of the danger it poses to the interests of the Tunisian state by his loyalty to Qatar and Turkey, and the President of the Republic, Qais Saeed, held legal responsibility to deter Ghannouchi, who entered Tunisia in the Libyan war by supporting al- Saraj government in the service to his Qatari and Turkish masters.

And Qafrash stressed in a special statement to ANHA agency that "the positions of Ghannouchi may cause great harm to the Tunisian community in Libya and huge losses for the Tunisian state, which requires the removal of Ghannouchi from the presidency of the Council of Representatives and his trial for allegedly communicating with foreign bodies and endangering Tunisian national security."

For his part, Tunisian journalist Moez Samrani said, "The relationship of Rached Ghannouchi, head of the Tunisian Renaissance Movement, with Turkey is not a coincidence, and is not related to the Libyan file only, but exceeds that much." This is due to the association of Ghannouchi and his loyalty to the global project of the Muslim Brotherhood around the world, to the extent that Ghannouchi "could be more loyal to Turkey than his loyalty to Tunisia and its interests."

Samrani said in a statement to ANHA agency that the involvement of Ghannouchi in Tunisia in the Libyan file is no longer hidden from anyone, pointing to his extended relationship with the Libyan Brotherhood since 2011 and said, "We all know in Tunisia the relationship of Ghannouchi and the Ennahda Movement to Abdel Hakim Belhadj, the leader of the Muslim Brotherhood in Libya and one of the elements of the Islamic Group Armed forces in Afghanistan, and how he was received in Tunisia during the era of the Troika with full respect, this without forgetting that Ghannouchi owes allegiance to the Fajar Libya militias in protecting Tunisia and had said it explicitly about 3 years ago, and the registration is there, instead of mentioning the Tunisian army that represents a dam Impervious to defending the sanctity of the homeland, the last of which was the congratulation of Ghannouchi to al-Sarraj on the occasion of the seizure of  al-Wattia air base near the Tunisian border.

Earlier, Tunisian political forces warned against Ankara's intentions to use Tunisia for military purposes and expressed strong opposition to any Turkish activity on Tunisian soil, and the Popular Movement and the Labor Party, the Socialist Party, the Baath Movement, the Tunisia Forward Movement, and the Democratic Modernist Pole, issued a joint statement Through them, they expressed their absolute rejection of any Turkish activity on Tunisian soil to support "militias and terrorists" and the export of mercenaries to Libya. 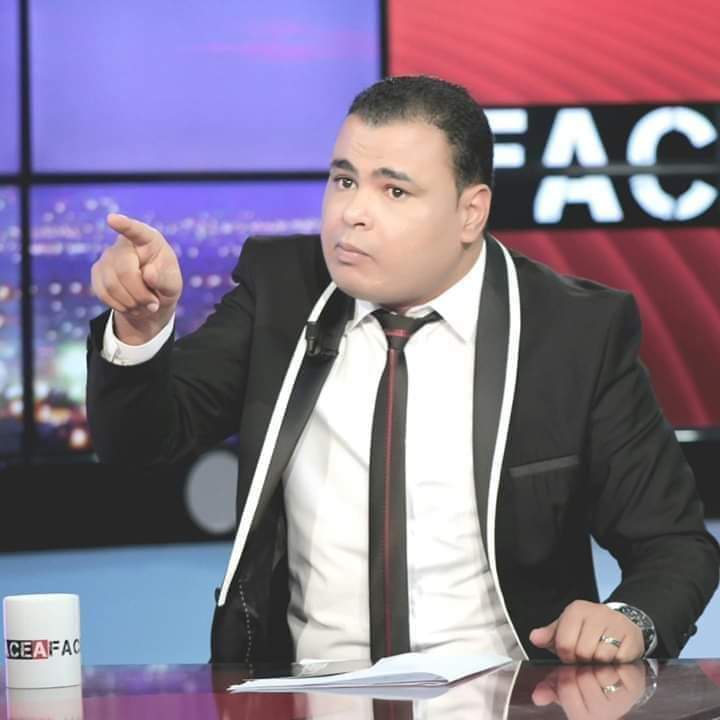 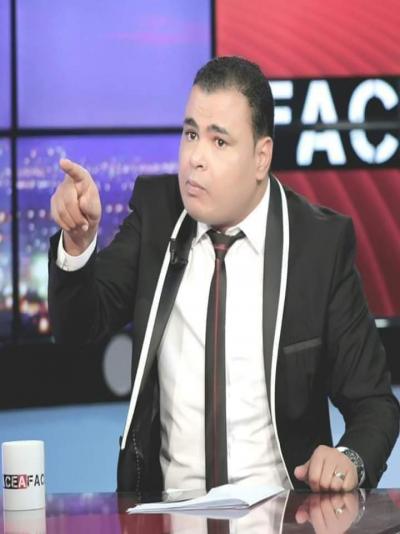 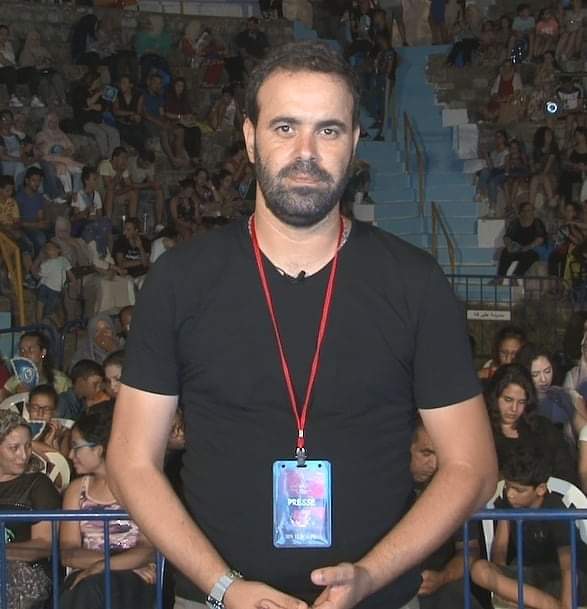 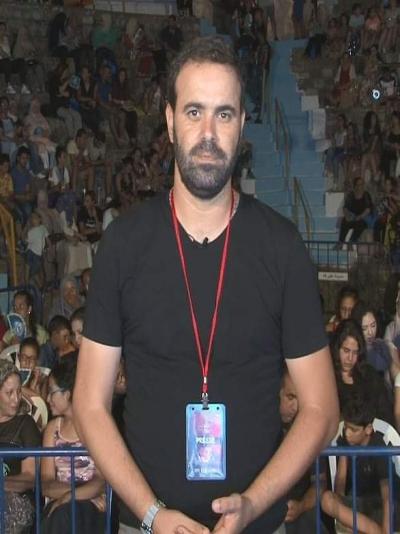 A number of countries, during a ministerial conference via video to the Security Council on ...

US official threatens to impose sanctions on Lebanese companies, individuals for

A senior US official said he hoped that Washington would not have to take a position that wo...
Old Website