To condemn the attacks, violations and occupational ambitions of Turkey, a demonstration was launched from Qarmouti roundabout located in the west of Qamishlo, heading towards the city of youth.

The participants stood in front of the city of youth a minute of silence, after which a speech was given by a member of the Martyrs’ Families Council, Shamsi Khan Khlo, who confirmed that the pace of resistance, struggle, and revolution initiated by the resistance martyrs Ali Çiçek, Muhammad Khairy Dormush, Akef Yilmaz, and Kamal Bir are still continuing.

Shamsi Khan Klu explained: "The approach of democracy taken by leader Abdullah Ocalan with his thought and philosophy is the key to establishing security and stability in the Kurdish lands and the countries of the Middle East."

The march was concluded with chants saluting the martyrs' resistance, and calling for the freedom of leader Abdullah Ocalan.

Tirbe Spiye Disrict Council organized a mass march condemning the Turkish attacks on Başûr Kurdistan, northern and eastern Syria, and demanded the international community to put an end to Turkish violations against civilians and interfere in the affairs of neighboring countries.

The demonstrators gathered in front of Kongra Star east of the district and carried a banner reading on it in the spirit of resisting the 14th of July, we will defeat treachery and occupation. They roamed the central market and chanted against the occupation before standing before the youth center of Rojava.

After standing, two speeches were made, a speech on behalf of Tirbe Spiye Council, delivered by the co-chairman of the council Abd al-Rahim Hasso, and a speech in the name of the Democratic Syrian Council Parties delivered by the administrative council member Abbas Hussein.

The words indicated that the Turkish state has transcended international agreements and assaulted the lands of neighboring countries in an attempt to regain the Ottoman occupation and break the will of peoples before regional and international silence for decades.

The words also called on the international community to put an end to Turkish violations, and called on the people to lift the pace of the struggle against the Turkish occupation, which is trying in all ways and means to strike at the freedom of peoples.

Hundreds of people from the Tel Hamis region announced today their solidarity with the peoples eager for freedom and democracy during a demonstration against the Turkish aggression against Başûr Kurdistan, Syria and Libya, which was launched in front of the district council.

Participants in the demonstration that roamed the main street, raised the flags of the SDF, and pictures of Abdullah Ocalan, as they carried banners saying "With our unity, we will defeat conspiracies against peoples", "No to the new Ottoman occupation of northern Iraq, Libya, and Syria."

After the participants stopped in front of the martyrs roundabout for a minute of silence, the co-chair of the Tel Hamis District Council, Hayal al-Khuwair, addressed to the masses, and said: "The Turkish state creates arguments to attack peoples and states, and does not stop its crimes."

Al-Khuwair renewed its reign and joined the march of resistance, which rejects all forms of discrimination and racism.

The administrator at Kongra Star in Tal Hamis Joza Al-Hassoud said: Today we stand against all the violations of the fascist Turkish state in the northern and eastern regions of Syria, and on this occasion we commemorate all of our companions who sacrificed in order to secure a free and dignified life for women, especially the companion Sakina Cansiz. 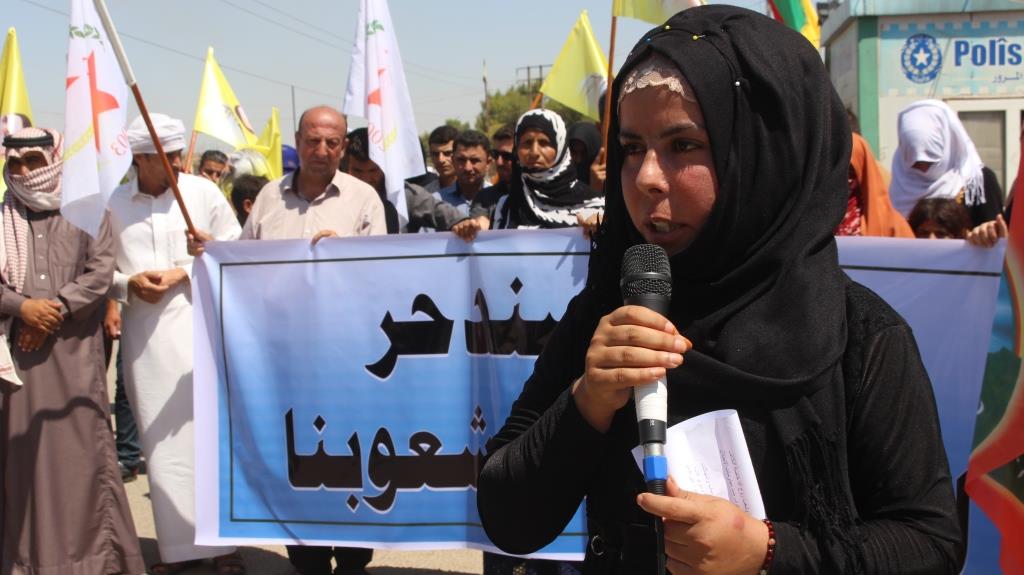 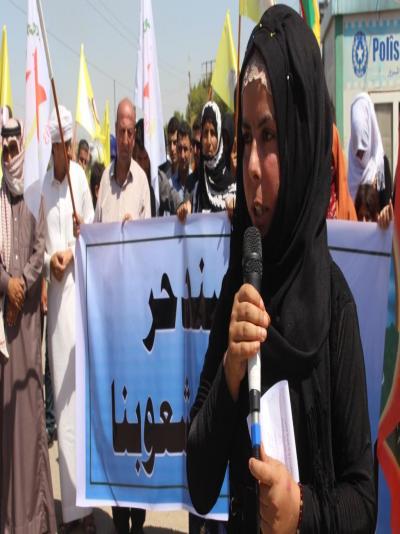 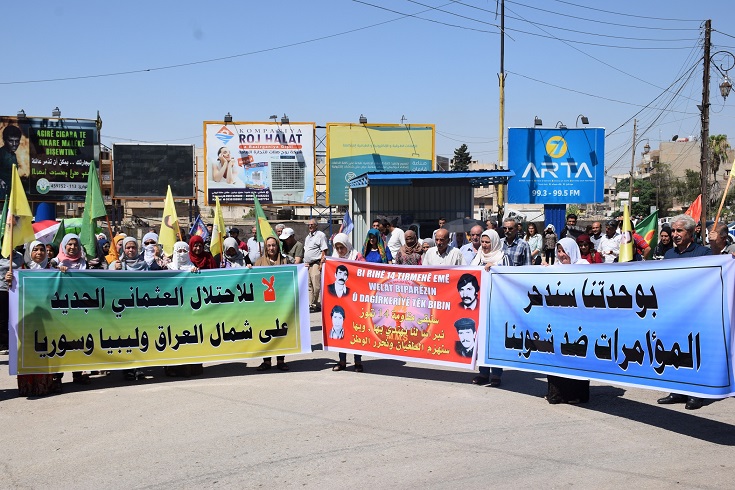 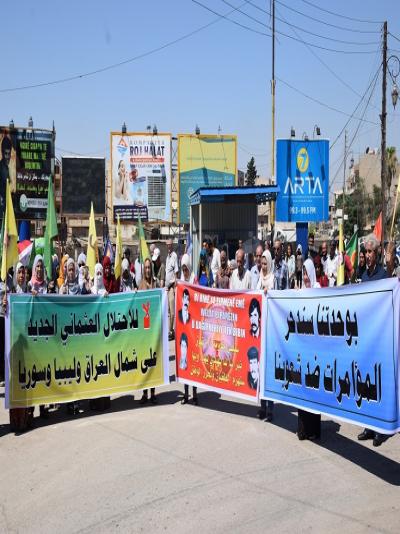 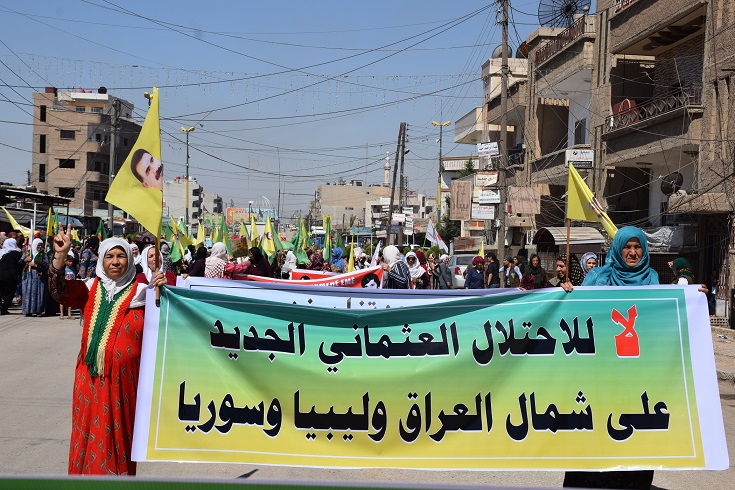 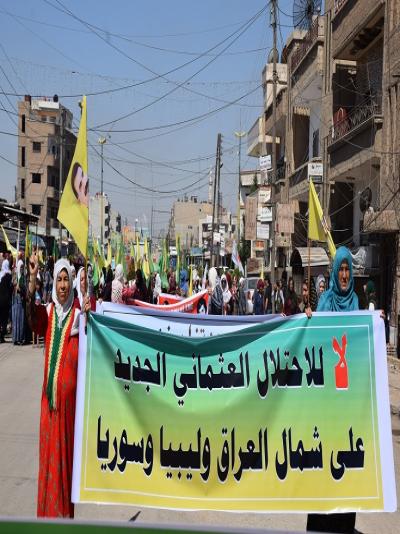 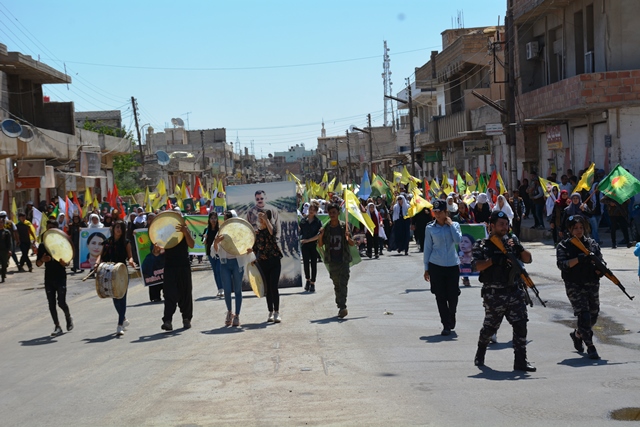 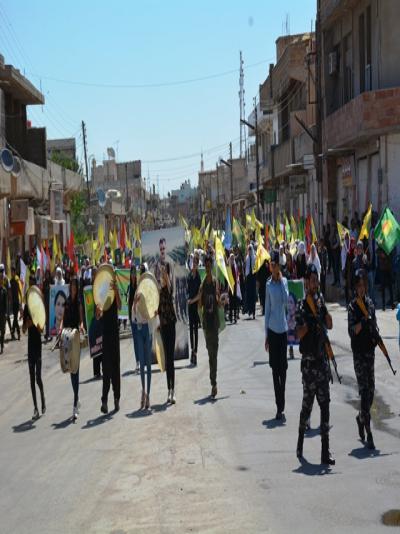 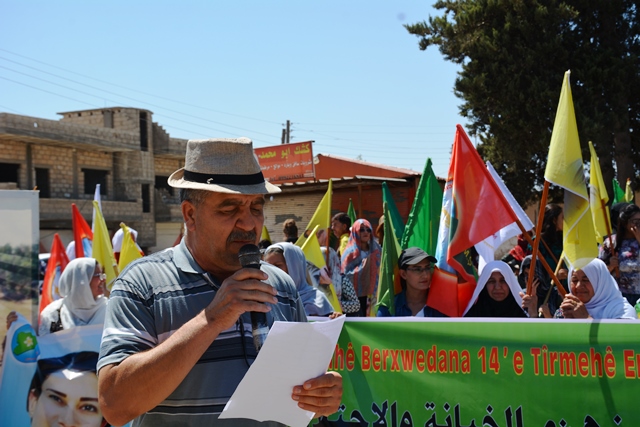 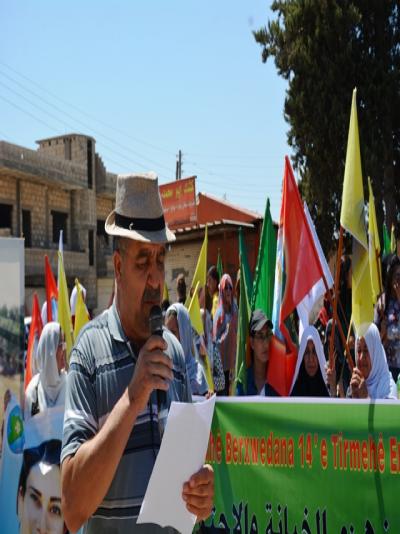 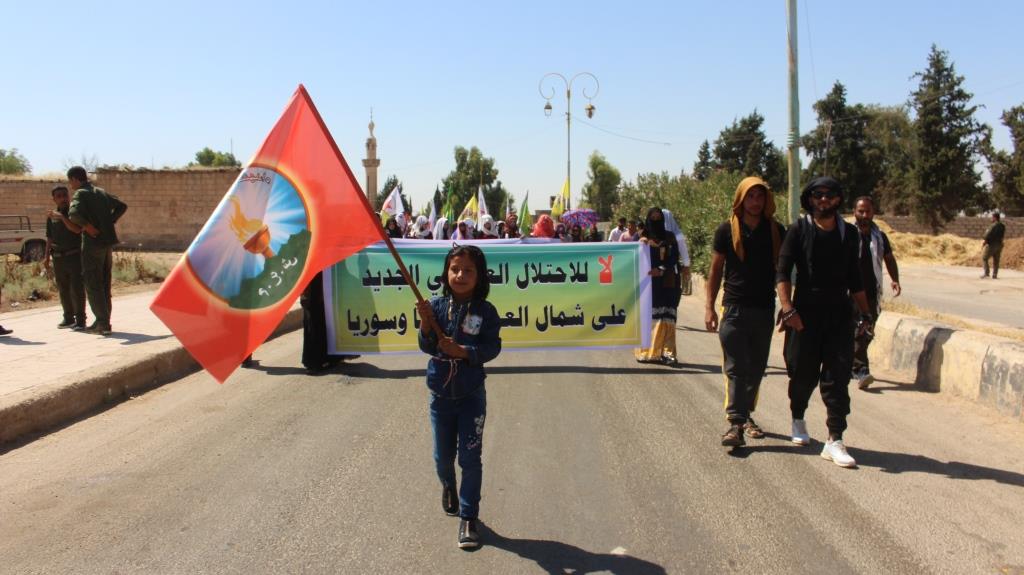 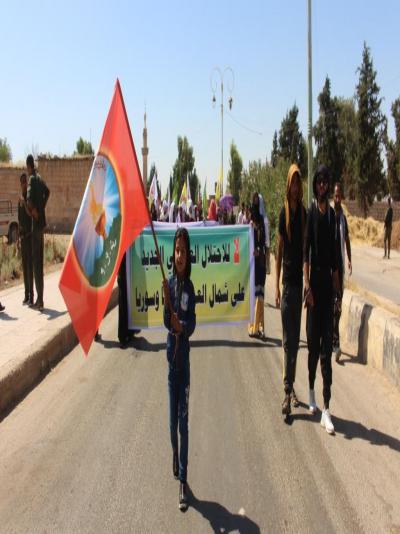 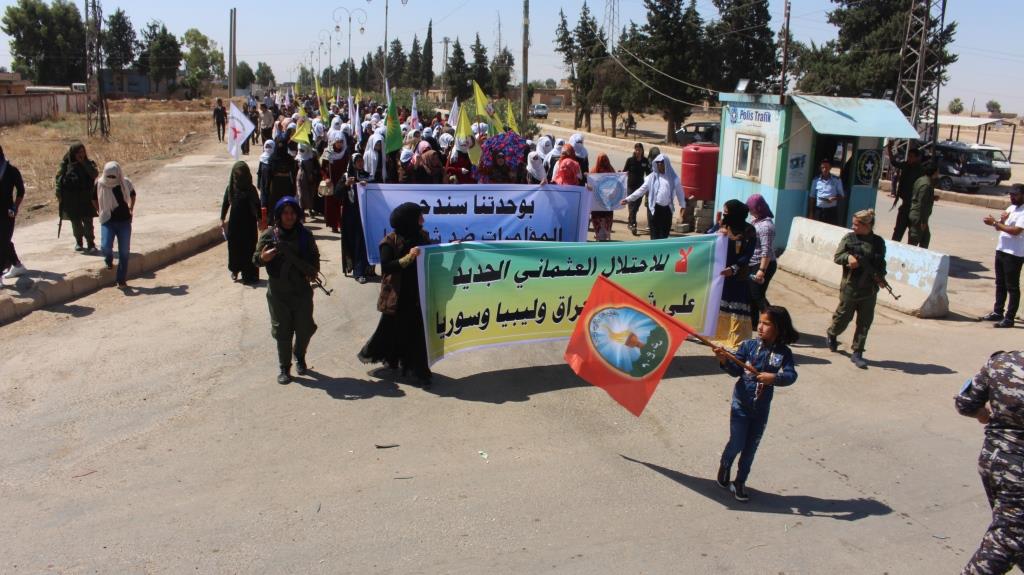 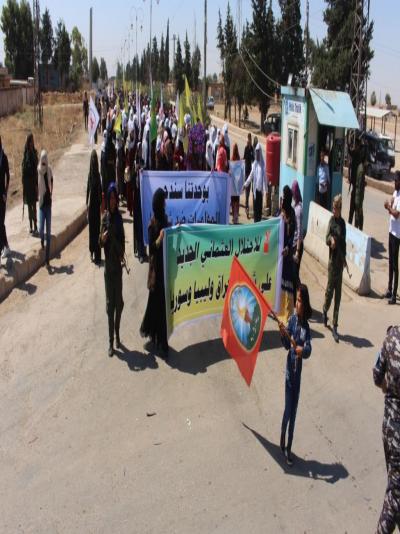 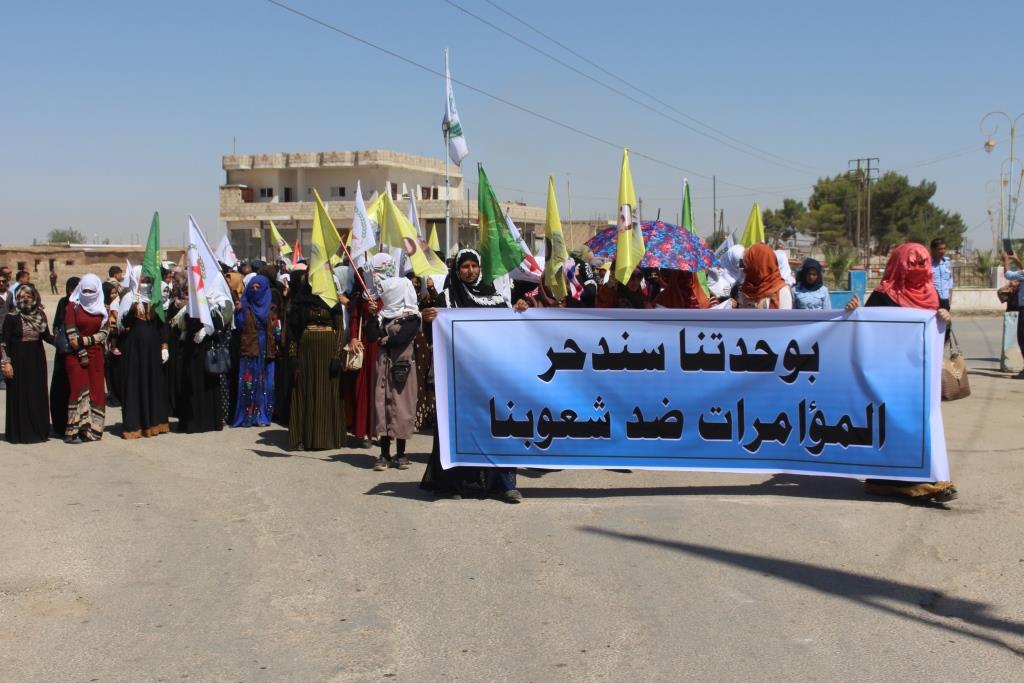 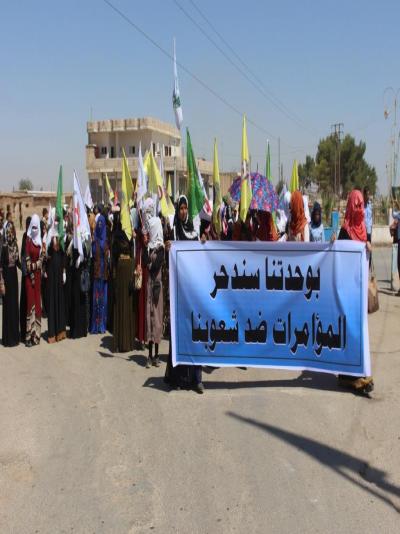 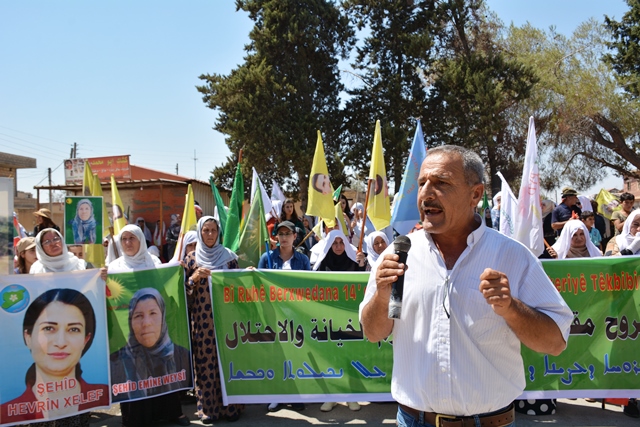 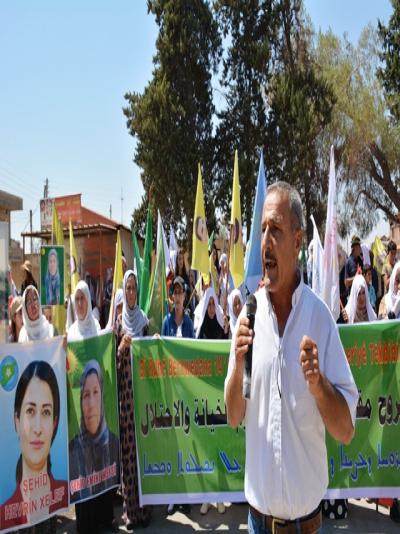 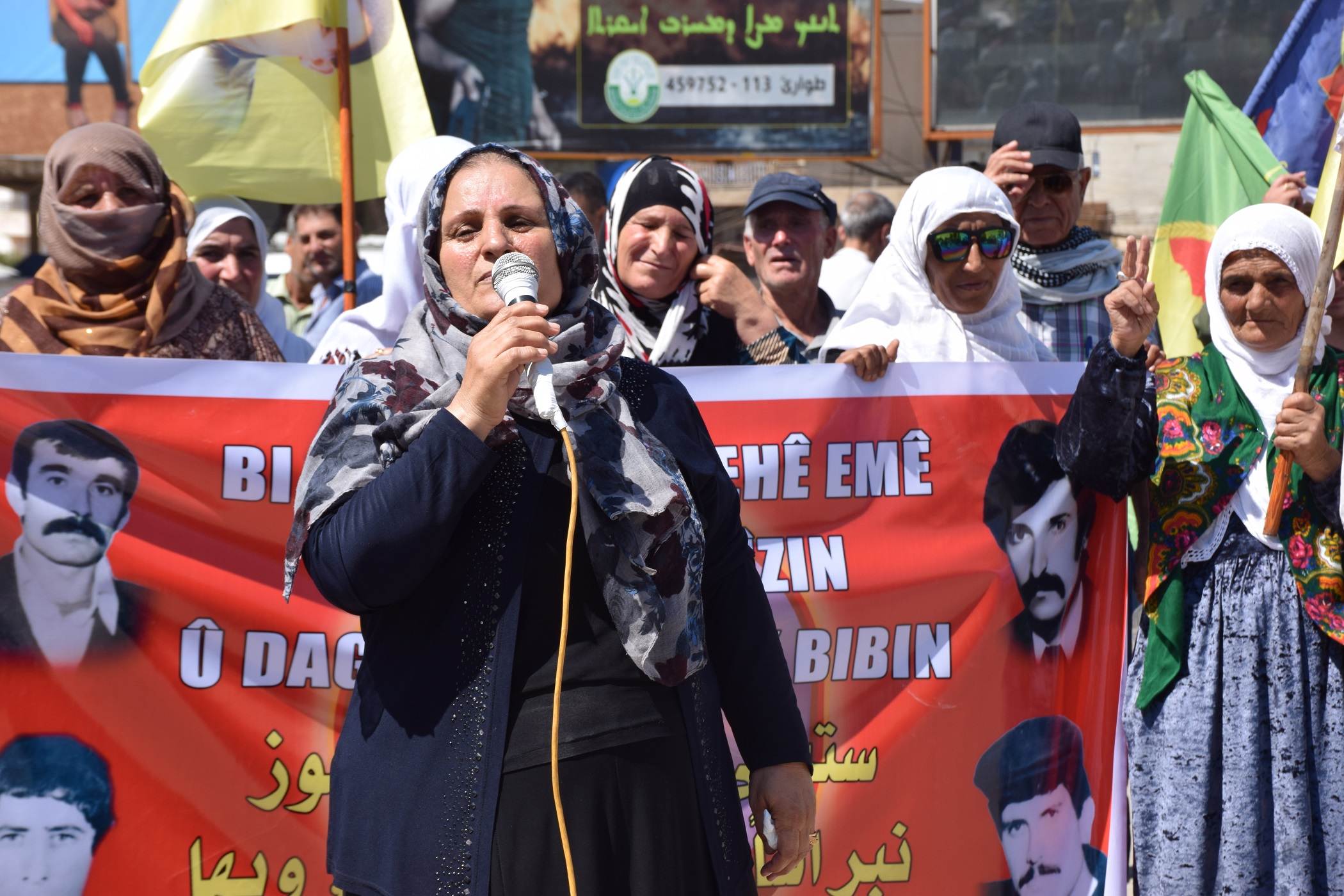 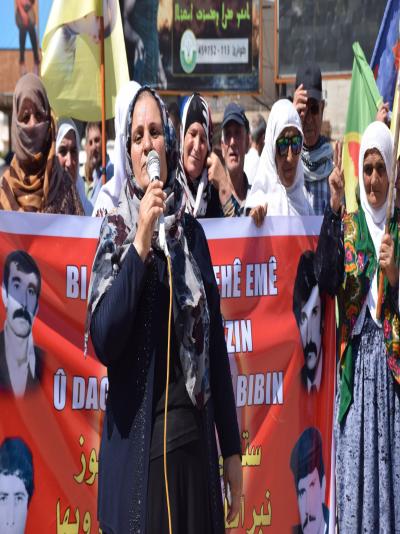 The General Council of the Autonomous Administration of North and East Syria issued the two ...

​​​​​​​Newroz Oysal: CPT report is not enough, committee must play its role

The lawyer of leader Abdullah Ocalan indicated that what was revealed by the Committee again...
Old Website

​​​​​​​Al-Jawala clan: External hands are behind assassinations of sheikhs

Greece: We to prosecute Turkey in International Court of Justice for its destabilizing behavior

​​​​​​​Mine explosion at civilian car in Deir ez-Zor northern countryside