Unidentified persons wrote phrases on the door of the office of the Kurdistan Democratic Party - Syria, and some officials in the party, and media outlets accused the Revolutionary Youth Movement of this act, and accused them of breaking the office door and burning the flag of Başur Kurdistan, which was denied by a number of eyewitnesses.

Accordingly, the Revolutionary Youth Movement in northern and eastern Syria issued a written statement, accusing them of what unidentified people had done to the office of the Kurdistan Democratic Party - Syria.

“As it is known, today, our movement, the revolutionary youth movement, launched a new event under the slogan “We will Definitely Win”, in which tens of youth participated, who confirmed their support for the campaign, and this event was organized in all cities and regions of north and east Syria, and during the event in Qamishlo In order to distort our campaign, unknown people wrote some phrases on the door of the Syrian Kurdish Democratic Party office.

We, the revolutionary youth movement, see that such acts are incitement to sedition and do not serve Kurdish unity, and we call on all parties to be vigilant against such provocative actions, and we demand that such events not be linked to our movement.

The march of the Syrian Revolutionary Youth Movement, which came out to denounce the interna... 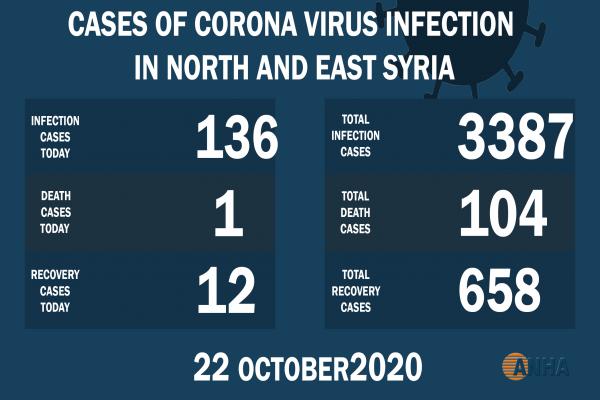