Meetings were held among the mercenary factions led by the mercenary Abdel Jabbar al-Akidi on June 24, 2013 in the state of Delok "Antab" in Bakur Kurdistan (northern Kurdistan), and these meetings resulted in the formation of the northern Aleppo countryside operations room called "Mujahideen Al-Shamal Chamber" whose aim was to fight the Kurdish people with direct Turkish supervision.

Among those targeted cities are the town of Tal Hasel and the area of Tell Arn of Sfireh area, southeast of Aleppo, to be the first massacre targeting the Kurdish people since the outbreak of the Syrian crisis.

A brief history of Tal Hasel and Tell Arn

The Kurdish town of Tal Hasel is located in the southeast of Aleppo governorate, approximately 17 km on the Aleppo-Sfireh highway, immediately after the cable and battery factories, adjacent to the city of Tell Arn, and approximately 8 km away from Sfireh area and Waha residential city with an estimated population of 15,000; the Muslim and Yazidi Kurds, and Al-Denadia clan (Dena). Its lands irrigated by the Land Reclamation Company.

It was named Tal Hasel due to its approach to the city of Tell Arn (Girê Aran), and as it was a public center for collecting agricultural crops (abscess) for the state of Aleppo during the Ottoman rule, and due to the large number of abscesses that were collected in the form of a large hill.

It has strong and close relationships with Kobane, Tell Arn, Kafr Saghir, Om Hosh, Ahras, al-Nirabiya, Sheikh Keif, al-Taana, Hasajek and other Kurdish villages in the areas of al-Bab and Azaz,  and with Andara, Basuta, Ghazawiya, Burj Abdalo, Diwan, Kakhra, Qastal Ali Jendo, and other villages in Afrin area.

Tal Hasel is famous for cultivating grains, vegetables, roses and flowers, various types of vegetable seedlings, planting fruit trees and animal husbandry, and there are several industrial facilities and shops.

It has four mosques, several primary schools, two intermediate schools, a high school and all of which are mixed, a health center, an electronic telephone exchange, a municipality headquarter, a semi-automatic bakery, a reserve bakery, medical clinics, several pharmacies, a private hospital in progress, and special educational offices to prepare educational courses for students.

As for Tell Arn district or the Kurdish (Girê Aran- Girê Aranê) region, it is located about 20 kilometers in the southeastern side of Aleppo, adjacent to the Kurdish town of Tal Hasel from the northwestern side. The highway of Aleppo-Sfireh-Waha passes between them, and the population of Tell Arn city is approximately 35,000.

It has a large archaeological hill considered the largest archaeological hill in the countryside of Aleppo in general. The area of Tell Arn has been inhabited since the Mitanni era and witnessed the war that took place between the Mitannis and the Pharaohs at that time, and then became the capital of the Arameans (Beit Kos).

Some small hills that are still known by their Kurdish and Mitanni names surround the city of Tell Arn. On the western side, there is (Girê Hejîrê / Tel al-Tin) and on the eastern side (Girê Dweilê / Tel al-Ghol).

What did Tal Hasel and Tell Arn witness in 2013?

During the outbreak of the Syrian revolution, the people of Tal Hasel and Tell Arn formed a special force for themselves in the name of Jabhet al-Akrad, and they took upon themselves the responsibility to protect the people and preserve the safety and comfort of the people. This force extended to Manbij, al-Tabqa and al-Raqqa, and won the trust of the people, and a civil council was also formed.

Aladdin Khaled said: "With regard to the massacre of Tal Hasel and Tell Arn which took place on the 27th of July 2013, it had introductions, as at the beginning of the Syrian crisis, the people of Tal Hasel and Tell Arn did not allow the factions of the so-called Free Army to enter Tal Hasel and Tell Arn. At the initiative of the clans' notables in the two towns, a group of youth was formed to manage the town and its villages, to protect the people, and to prevent any military faction from entering the town and ​​Tell Arn district. They had a force that they maintained and that preserved the management of services, providing services to the people by relying on themselves without allowing any side to interfere in the affairs of the people. The region witnessed stability, and a large number of displaced people came from Aleppo, and even from Sfireh region and the neighboring villages, as it was crowded with expatriate residents in search of safety, stability, and provision of services such as securing flour. We have prepared the mill, secured the flour for the citizens, and supported the bakeries in Tal Hasel and Tell Arn."

Khaled continued he speech: "In that period, the so-called Free army was fighting the regime, and they were defeated in Homs and retreated. At that time, a meeting took place among the mercenary groups led by the mercenary Abdel Jabbar al-Akidi and the mercenary Abdel Qader al-Saleh in the state of Delok (Antab) in Bakur Kurdistan on the 24th of June 2013 and with the supervision of the Turkish intelligence "MIT". The meeting included all the mercenary groups, and at that meeting, they decided to eliminate the Kurdish people.

Khaled described the reasons for the attack on the town of Tal Hasel and Tell Arn by saying: "For fear of linking Afrin to Kobane city, the Turkish MIT wanted to exterminate this people and this force, and they separated the city of Afrin from Kobane and began to achieve this with the rest of the mercenary and extremist Islamic factions."

Why did mercenaries chose Tal Hasel and Tell Arn to attack?

On the reason for choosing the towns of Tal Hasel and Tell Arn, Khaled added: " first: Because their people are Kurds. second, the Turkish intelligence services were using mercenaries to fight the Kurds because the Turkish state has no relationship with neither the Syrian people nor the revolutionaries." Rather to kill the Kurdish people and change the demography of their regions and eliminate the Kurds in Tal Hasel and Tell Arn, up to Azaz and the Bab area, and to place a barrier of mercenaries between the city of Afrin and the city of Kobane.

The head of the civil council of Tal Hasel and Tell Arn at the time, who participated in the resistance and witnessed the massacre of the mercenaries of the Jabhet Al-Nusra and the factions. We did not expect an attack in the area. Initially, they started attacking the headquarters of the Jabhet Al-Akrad in Tal Hasel, and surrounded the town. In the meantime, there was a family of 5 people heading from Tell Arn to Tal Hasel, they mercenaries shot, wounded them "

When they attacked the headquarters of the Jabhet al-Akrad  in the town, they tried to cordon off the town directly, but the villagers resisted and thwarted their attack. They seized vehicles belonging to the mercenaries and military equipment. The mercenaries entered the village’s mosque of the village, and prevented the people from performing the Asr prayer. They deployed snipers on the mosque's minaret and began targeting passers-by.

Jumaa Kalo pointed out that the first attack lasted 3 hours, and the mercenaries declared a cease-fire at the call of the Maghrib to break their fast. The town decided to resist until the last breath. After breakfast, the battle continued for the second hour after midnight and we were able to surround the main entrances to the town. At that time, the group that entered the village was trapped in the mosque. We could hear them asking for support from the operating room they formed after failing to attack.

They asked for support from the mercenaries of Idlib, the Kurds of Jabal al-Zawiya, battalions from Manbij, al-Raqqa, and Jarablus. The number of attackers was estimated at about 10,000 mercenaries. "

Mercenaries used in the attack all kinds of weapons. On this basis we kept the women and children away in the open on the northeastern side of Tal Hasel.

On July 29, 2013, the battle did not stop, they spread to the Tell Arn area after their failure in Tal Hasel. They controlled Tell Arn area. In the afternoon they headed to the town of Tal Hasel and surrounded it. We were forced to withdraw, for fear of committing massacres, and lack of weapons. Jabhet al-Nusra and the mercenaries took over it. I would like to mention that nearly 480 mercenaries, including 8 princes of foreign nationalities, were killed of them, causing great anger among them. "

Resistance of the people ...

Kalo talked about the resistance of the two towns: "At the beginning of the attack, the mercenaries expected to control the district in only a few hours, but they were surprised by the resistance of the townspeople so they carried out arrests on personal identities. According to some information, the arrested number was approximately 400 people, including women and children, while 45 people were martyred. "

Theft and looting began, while the residents remained in the open, preventing the mercenaries from burying their martyrs.

The youths of Tal Hasel and Tell Arn insisted on the resistance and refused to leave their town and hand it over to the mercenaries. After our withdrawal we used to infiltrate the mercenary checkpoints in the evening. I can say that the two towns were under our control in the evenings.

The Syrian government watched the events closely and did not move

Regarding the position of the Syrian government, lawyer Aladdin Kalo said: "the Syrian government did not move, knowing that the Syrian Defense Factories Corporation is located south of Tal Hasel and Tell Arn. It also had a battalion called the Tal Hasel battalion of the Air Defense in the west of the town. Phone signals were cut off from the area a week before the attack, so the massacre occurred against the Kurdish people under the world's nose.

Citizen Aziza Bashar, from Tell Arn district  praised the resistance of the people." Resistance of the people had a great role in protecting the lives of civilians. I do not forget the virtue of Hajj Adel Atto, aged 50 who protected his village and defended it until his martyrdom. He sacrificed his spirit at the time in order to save 20 young people in the area. 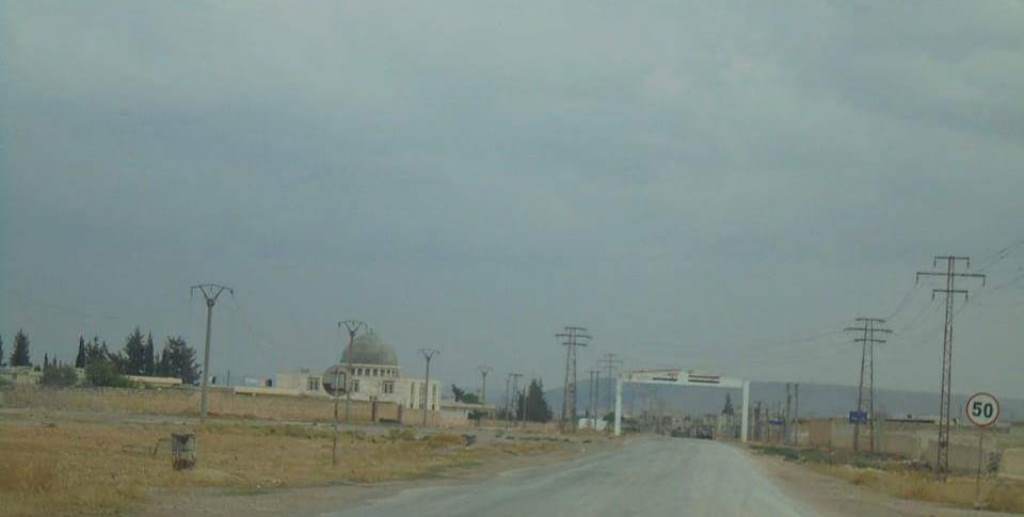 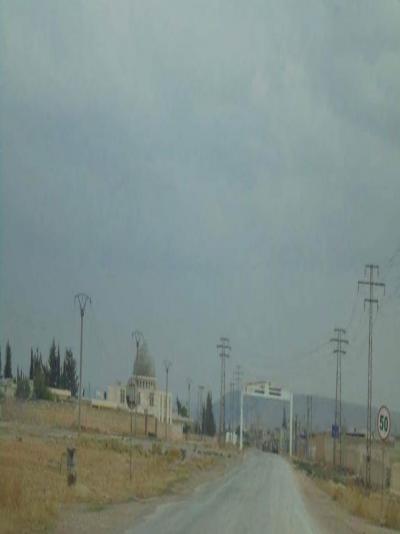 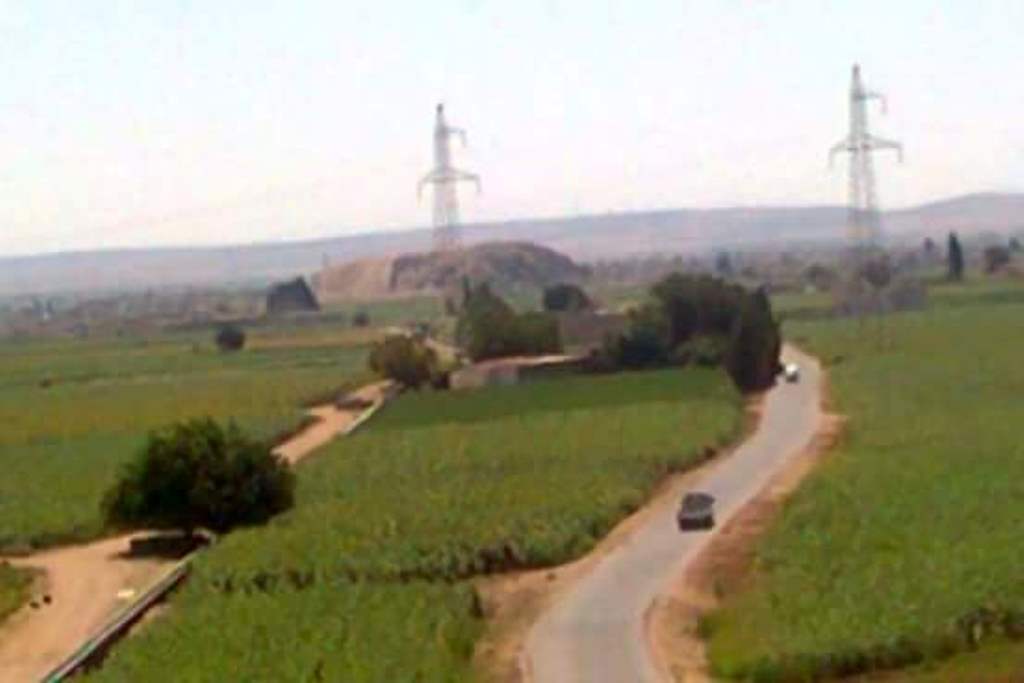 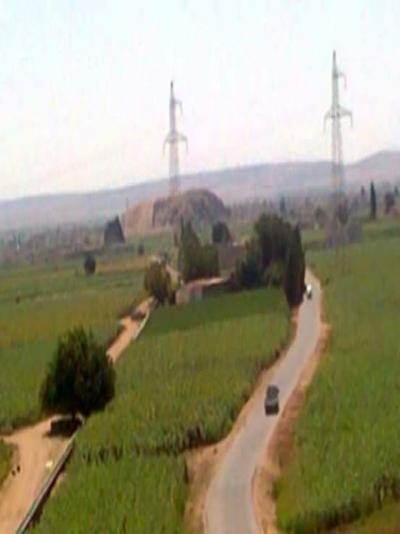 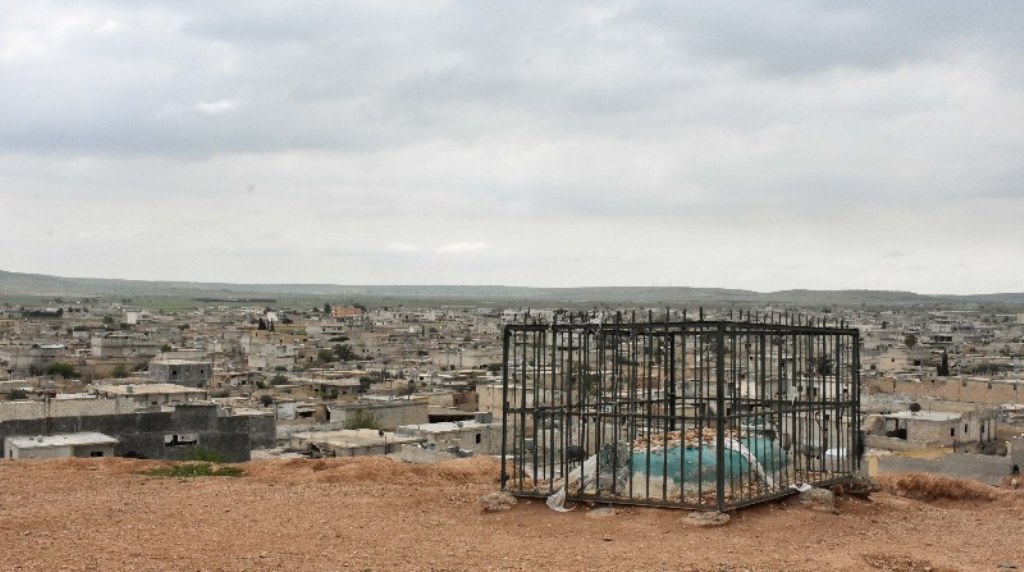 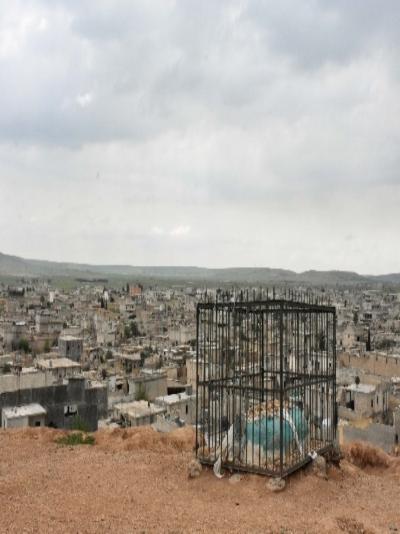 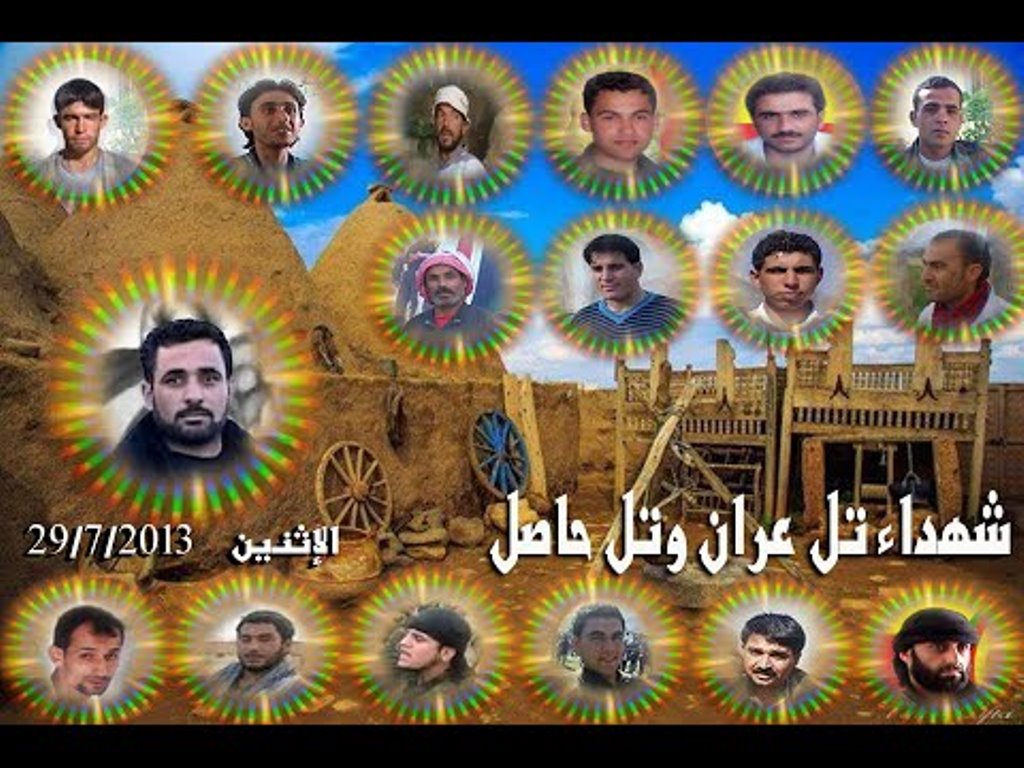 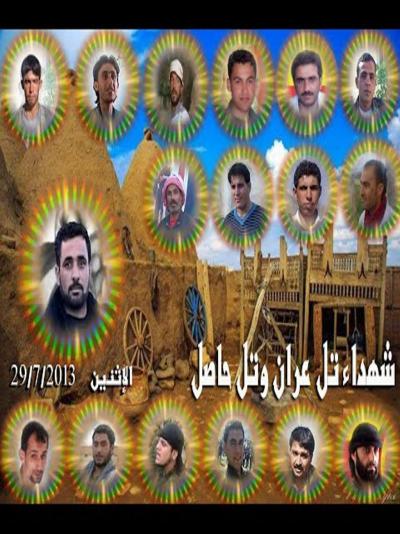 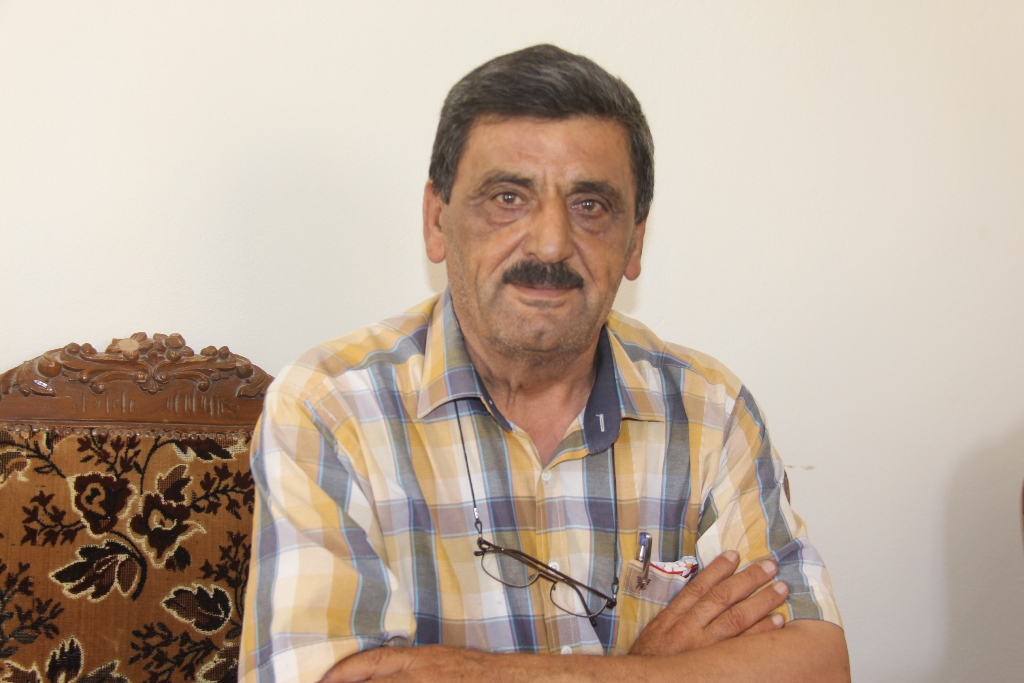 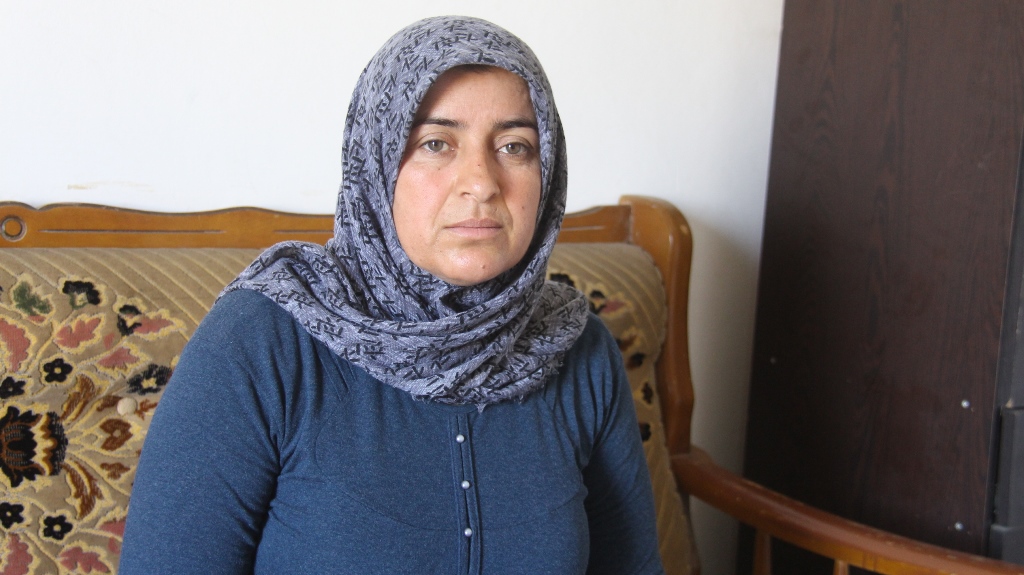 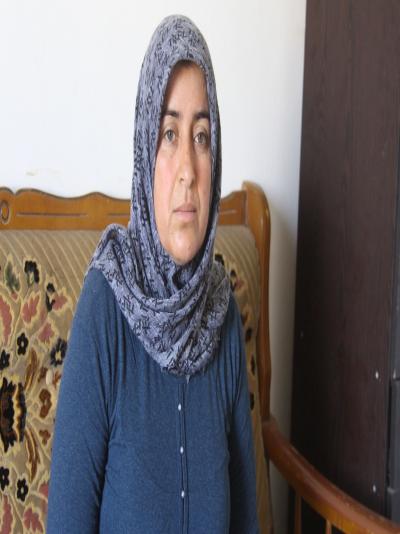 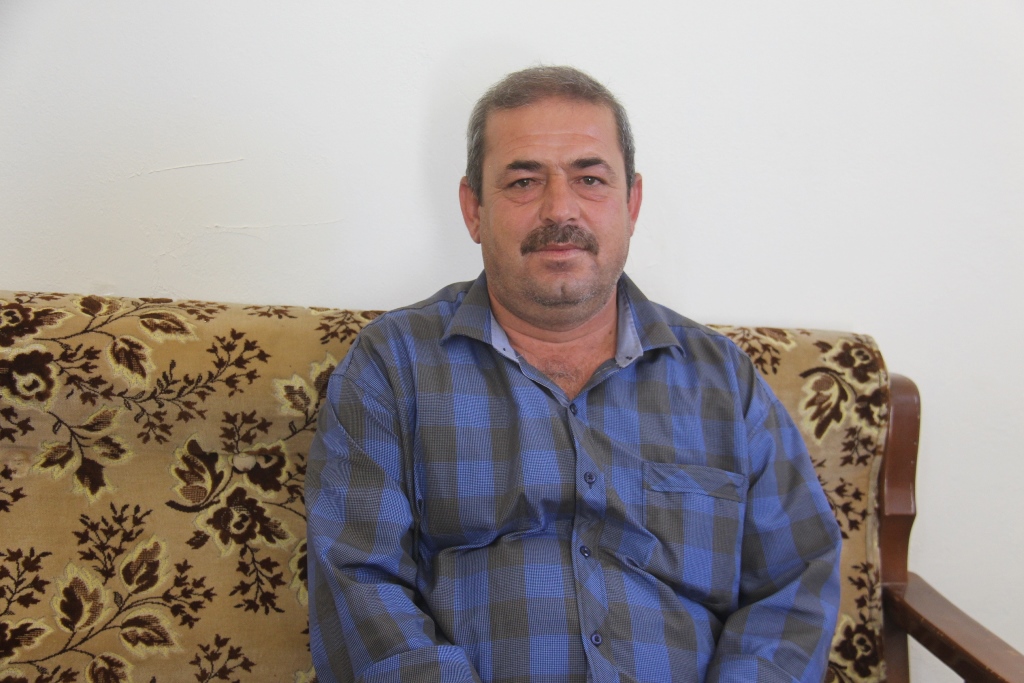 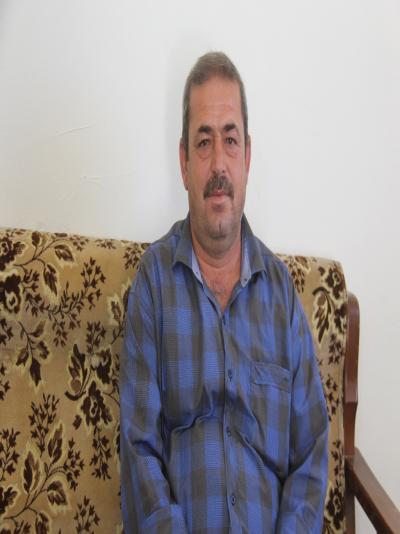 One of the war wounded against ISIS called on the international community to protect the reg...

Doctors ... stuck between sounds of weapons and struggle of souls in Battle of Kobane – 4

Despite the fierceness of the battles that the military fighters fought on the Kobane fronts...

The memory of the famous attack of ISIS against Kobane, the symbol of global resistance in t...
Old Website