On the occasion of the fourth anniversary of the founding of the Syrian Democratic Council (SDC), the Council organized a symposium in the city of al-Hasakah, at al-Nukhba (the Elite) Restaurant.

Amina Omar pointed out that the establishment of the Syrian Democratic Council came to be an umbrella for all the forces that believe in the democratic project in Syria, and continued, "During this period, the Council was able to include many Syrian national figures who believed in the solution through continued work."

During the opening of the dialogue by the attendees, the joint head of the General Council for Northern and Eastern Syria of the Autonomous Administration Siham Qaryo said, "The Council was able to continue to work despite the obstacles and crises that the region is going through. We faced many difficulties, especially the Turkish attack on the lands of northern and eastern Syria, which was the strongest, and the people were attacked by the Turkish occupation state and its mercenaries. "

Siham added, "All the components and political forces agreed on the democratic project in the Autonomous Administration, which protected the people from terrorism."

Siham continued her speech, "We all want to prove to the world that we have liberated the territories from terrorism and have made a political move, and our goal is to protect our people and our regions from terrorism. Furthermore, the international and regional interests have not left the Syrian people since the beginning of the crisis. They are carrying out their wars on Syrian lands and the people only who pay bill for this war.”

At the end of the symposium, a short film was presented about the Syrian Democratic Council. 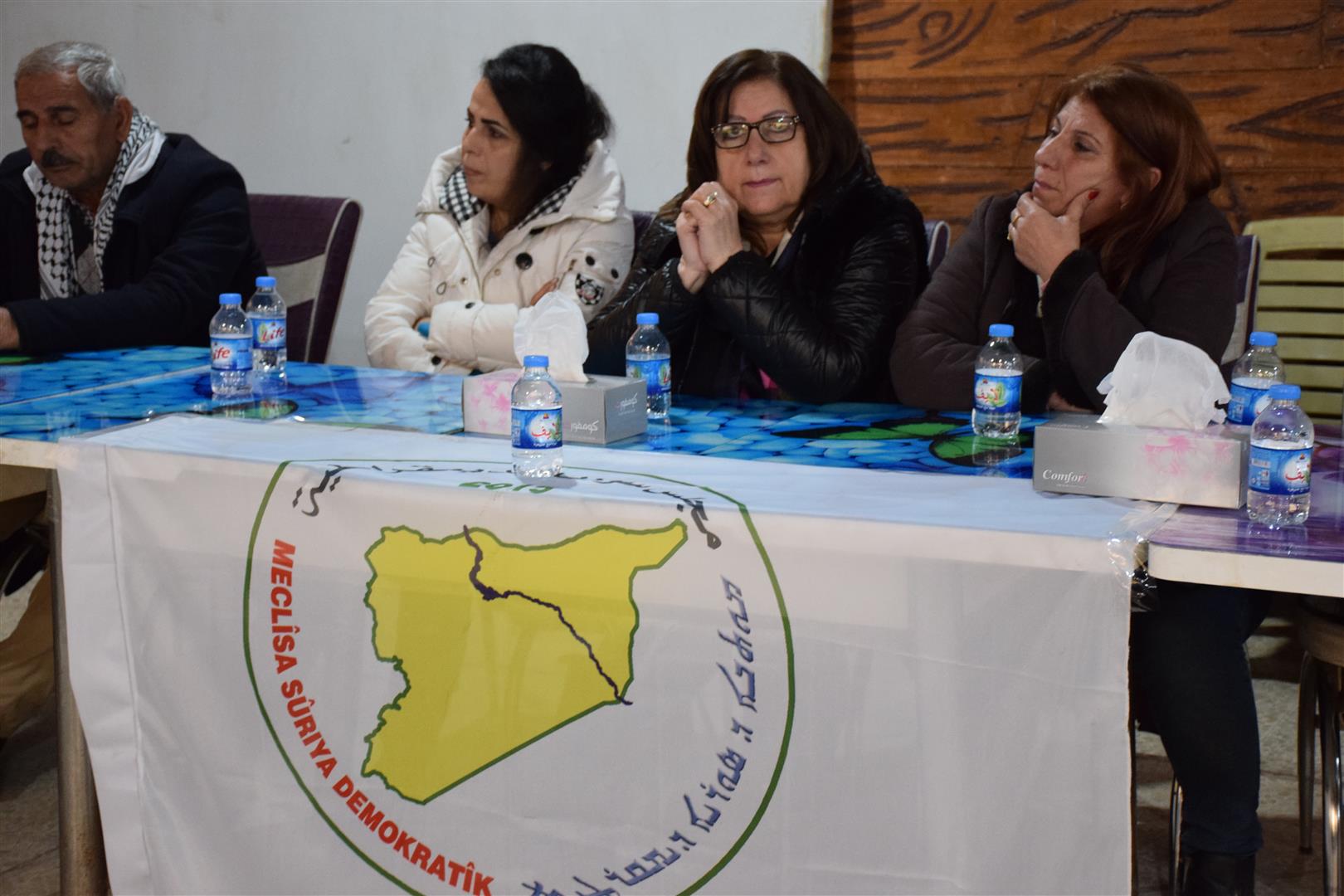 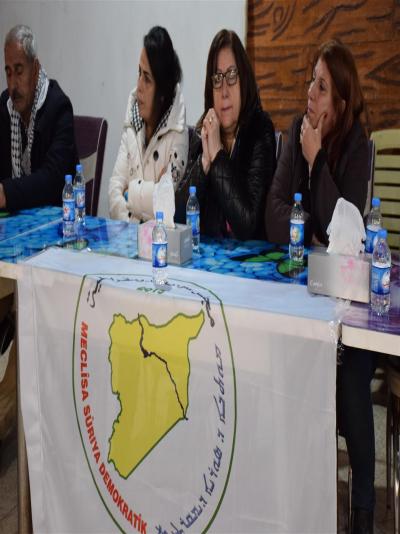 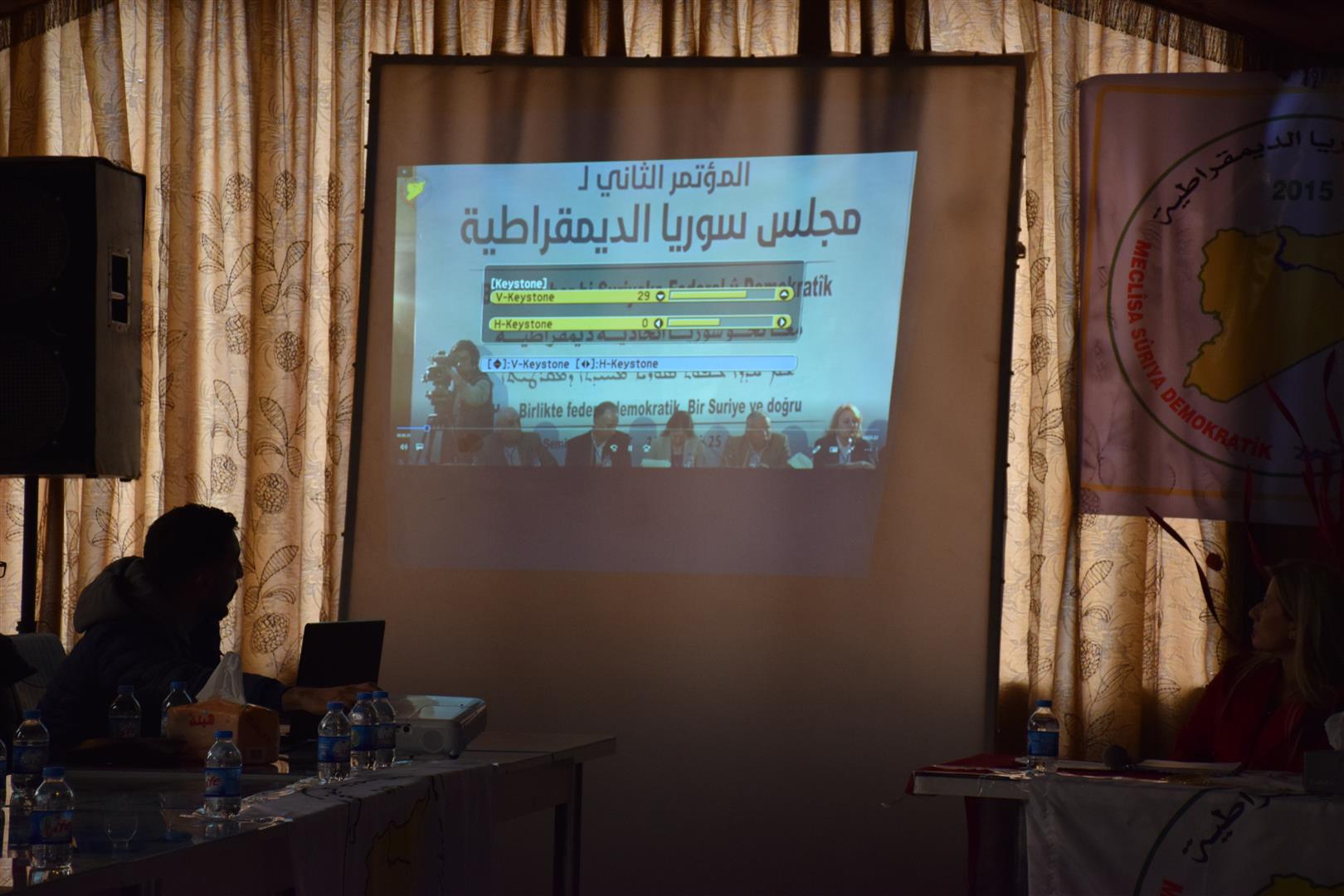 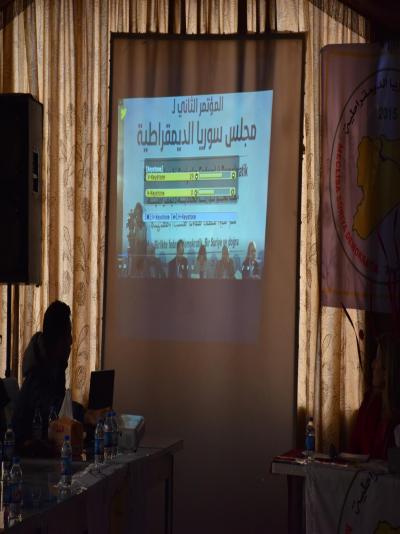 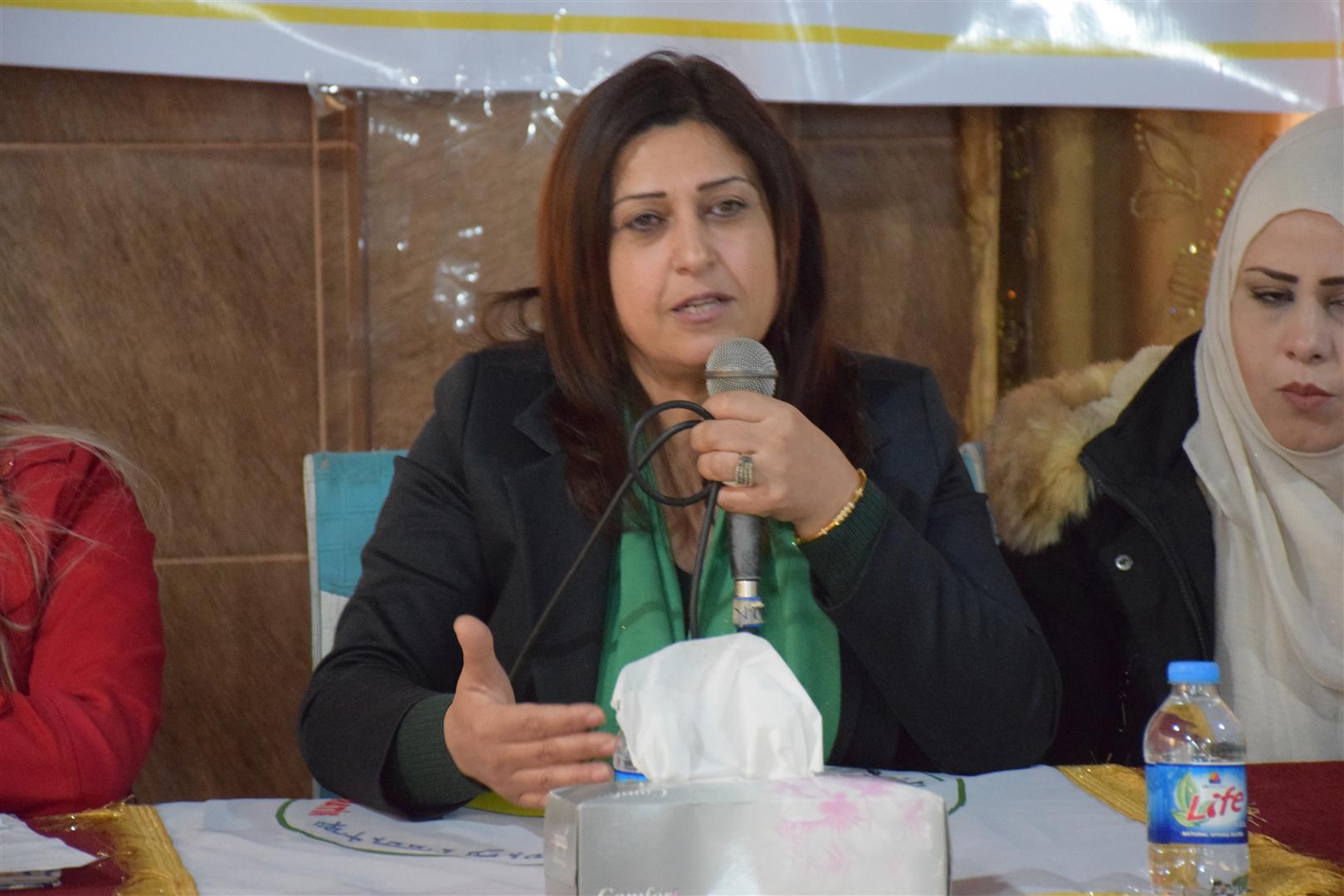 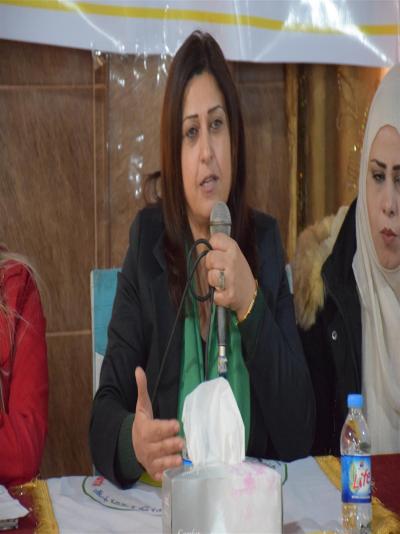 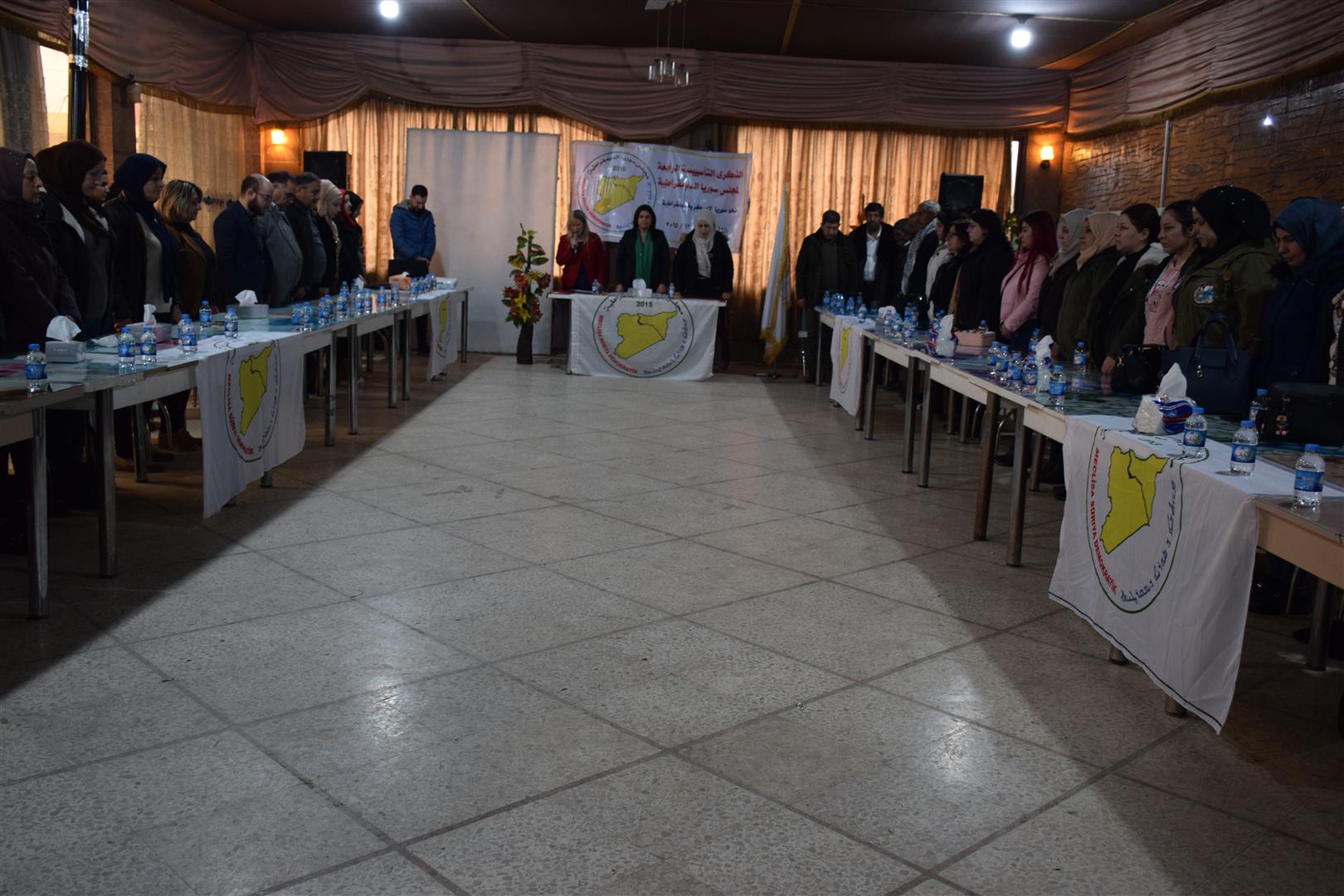 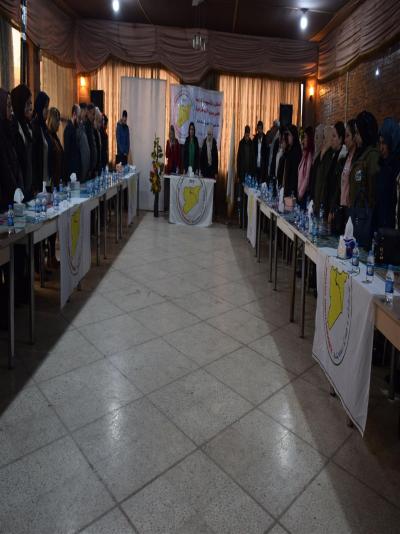 Member of the Presidency of the Syrian Democratic Council (SDC), Khalil Abdo, confirmed that...