The tent, which was decorated with pictures of the martyrs and placards reading "Where is the conscience of humanity, no to the war against childhood, where is the global conscience towards Erdogan's crimes", "Our covenant of resistance" was attended by members of the Community Protection Forces and KSC. 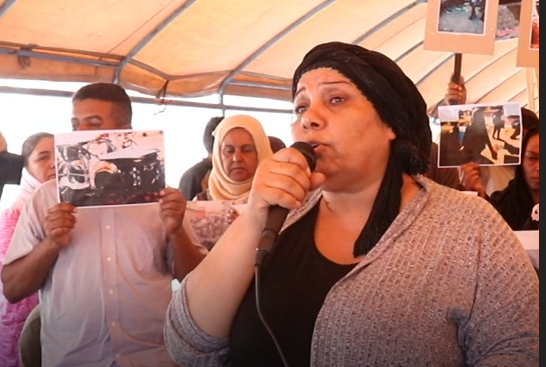 The tent’s activities began with a minute of silence in honor of the martyrs’ souls, then read a statement by the administration of the Community Protection Forces - Women in Al-Jazera region, Hadiya Abdullah, in which she said, “As you know, for 11 years, our revolution in north and east Syria has been subjected to continuous attacks and threats by the occupation.  We have set up this tent to convey our demand to the whole world, which is to impose a no-fly zone on our regions in the face of the Turkish occupation, which is attacking us with NATO weapons.”

She pointed out that the people took the struggle and resistance as a basis for it, "We in this revolution have taken the resistance as our basis, and we will preserve the gains of this country with all its components. The democratic nation includes all the components without discrimination, and everyone said that they are with our project, but only in words, we want to  the world is with us in all honesty, and the tent of the sit-in today is under the slogan “Where is your conscience and your justice?” We want justice, so let us know if they are with us or not.

"We call on the United Nations and human rights organizations to hold the Turkish occupation accountable for its crimes," she added. 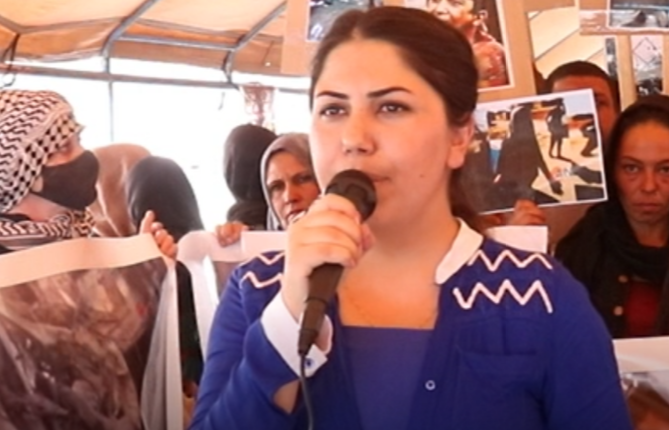 Today, we are in front of the United Nations headquarters, to hear our demands, that we are a peaceful people, we have not attacked anyone or transgressed the borders of another country, and we wish the world to stop these drone attacks on our areas, which target our children and women under the pretext that we are terrorists.  He fought terrorism here, protected the region from them, and liberated the world from their brutality. Until now they are in our camps in northern and eastern Syria, so let the world stir its conscience towards us.”

This was followed by a speech by a member of the coordinator of the Star Conference, Rayhan Luqo, who said, "We congratulate you for standing here in this great tent and for your request to protect the gains of the revolution in north and east Syria and to build the project of the Autonomous Administration which has become an example for the whole world, and our unity and will strengthen this revolution." 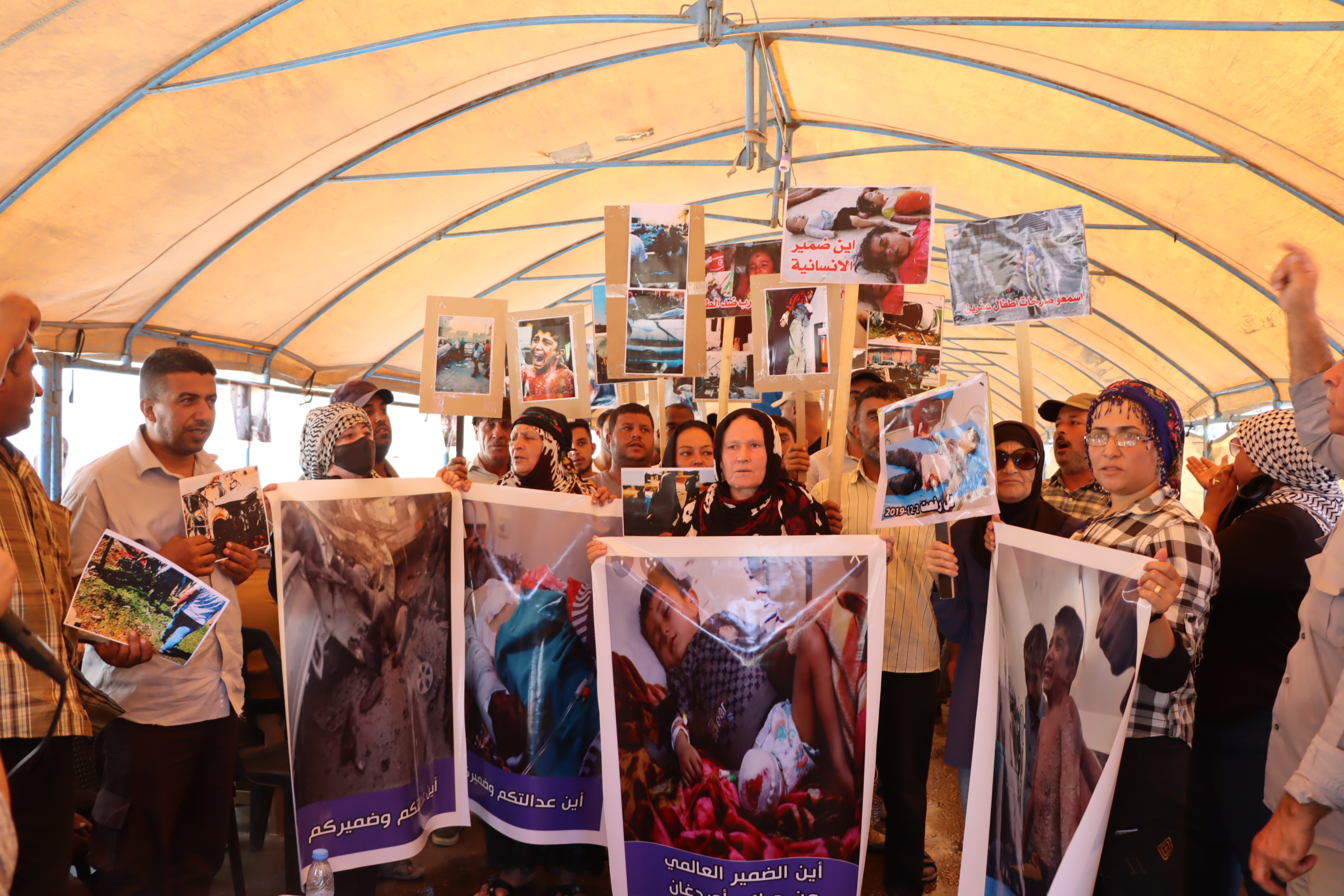 She added that the attacks of the Turkish occupation on our regions are met with international silence and human rights and children's rights organizations, "stressing that "Northern and eastern Syria, with its sons and daughters, has protected humanity from ISIS mercenaries. The whole world should be grateful to the north and east of Syria."

"With our solidarity, we will confront the attacks of the Turkish occupation and preserve the gains of our revolution, because we are the owners of this project until the last moment, and our slogan will be 'resistance is life'," she stressed.

Then a letter was delivered to the United Nations Headquarters by a delegation of 5 people on behalf of the women of North and East Syria, which read:

“In the name of the women of northern and eastern Syria, we ask you to break this shameful silence about the violations committed by the Turkish state on a daily basis by targeting innocent women, children and the elderly, spreading terror in the hearts of the people, and brutalizing the Syrian territories through aerial bombardment and targeting markets, neighborhoods and safe villages.

The Turkish state transcends all international laws by violating the Syrian borders. Therefore, we ask you to carry out your moral and humanitarian duty to stand in the face of these flagrant violations, through international laws that provide for the protection of civilians and non-aggression on the territory of neighboring countries, and to hold the Turkish state accountable for all the crimes it committed against the peoples of the region.

We, the women and peoples of northeastern Syria, will exercise our right to demonstrate, and this vigil will not end until these demands are answered and the Turkish bombing of our lands is stopped.  Which fought the most notorious and heinous terrorism in the world represented by ISIS, which derives its strength from the Turkish regime.”

The sit-in tent is scheduled to continue until August 30th.