On Monday, the Educated Women Association held a ceremony to sign a book by the writer and artist Rojin Mohamed Musa, where this book was published in its first edition, and it is considered the first book by the writer.

The signing ceremony which was held in the Reading Garden in the western neighborhood of Qamishlo was attended by a group of Kurdish writers and intellectuals, members of civil society institutions and political parties.

The book which consists of 10 short stories talks about the oppression that the Syrian people in general and the Kurdish people in particular in north Syria - Rojava are exposed to through the attempt of the Turkish occupier to practice the worst forms of war, oppression, injustice, inhuman crimes, displacement of all people, in addition to destroying everything. The book deals with images from the Kurdish community with its traditions and customs.

During the ceremony, the writer's father and the Secretary-General of the Kurdish Left Party in Syria Mohamed Musa delivered a speech, in which he said: "I do not know how to describe my feeling. I am very proud of my daughter who registered all her feelings and what the Kurdish people lived during the Turkish attacks on northeastern Syria in her book written in the mother tongue, and I always wanted to open the way, strive to fulfill my daughter's dream and make her to depend on herself in this life in all fields and levels."

The writer and artist Rojin Mohamed also delivered a speech in which she said: "The purpose of writing this book is to deepen the realization of the children and grandchildren about the bitter reality that the people in northeastern Syria lived, and to know what happened to their parents and grandparents; killing, abuse and displacement, so that the image of the homeland remains unforgettable in the minds of  this country’s people, the rising generation."

Rojin then concluded her speech by saying, "We, the Kurdish people, have never lived a good life because of the many enemies around us, but we will not stop, and we will continue to struggle and resist in the face of injustice and all forms of abuse against the Kurdish people. We will not take a step back." She demanded the youths to not live an empty life without meaning, and to strive for realizing the dream of their homeland through their pens, saying: "Life that goes with chaos is without a goal. For this reason, the young people must meet the high expectation of their people."

At the end of the ceremony, the book was signed by writer Rojin Mohamed Musa, and distributed to the audience. 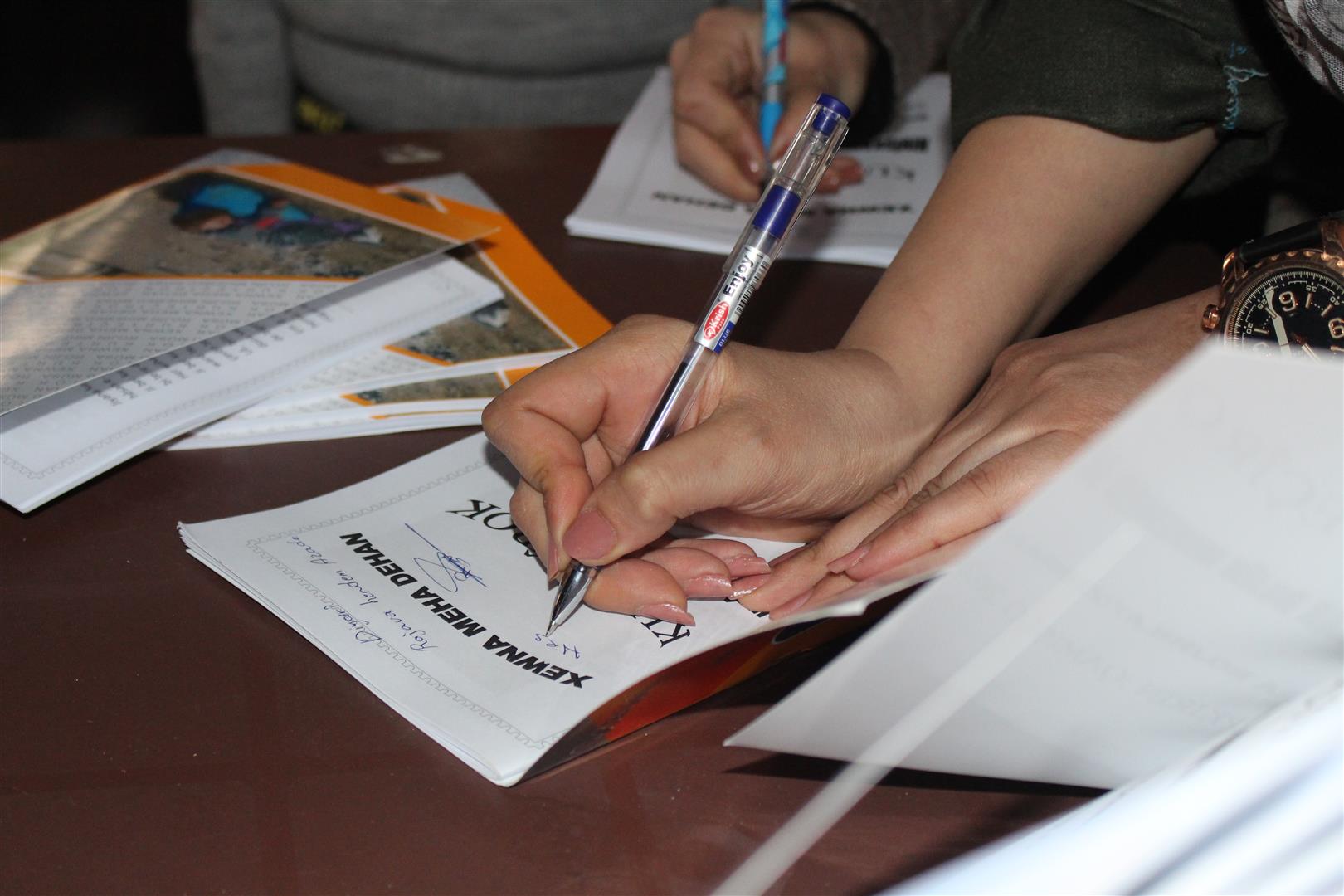 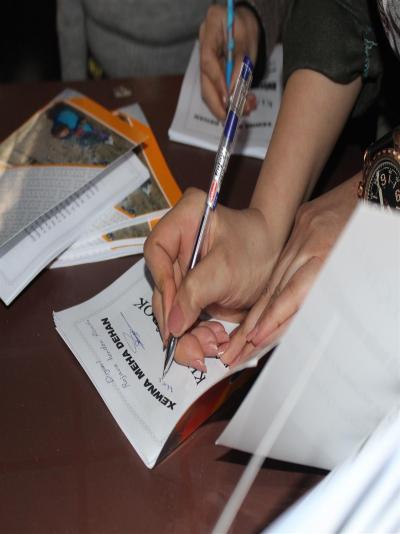 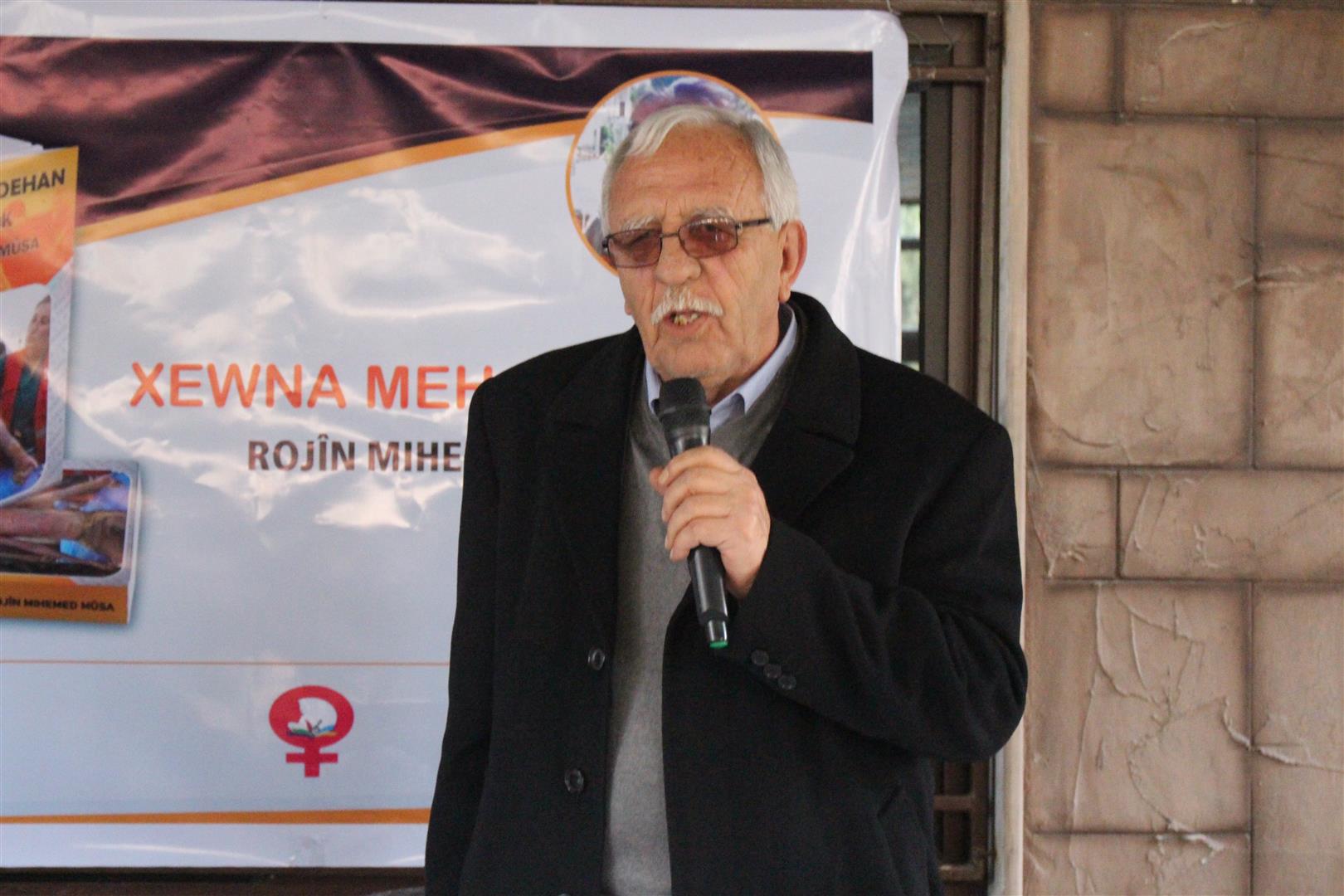 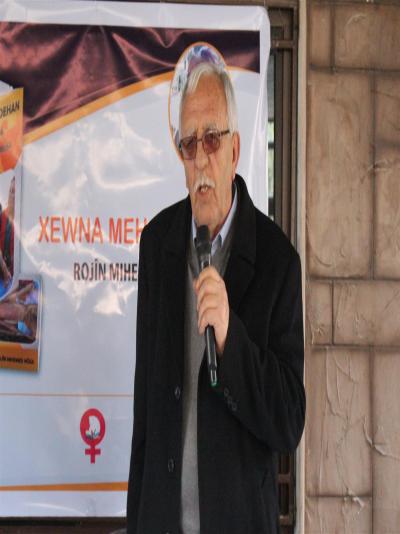 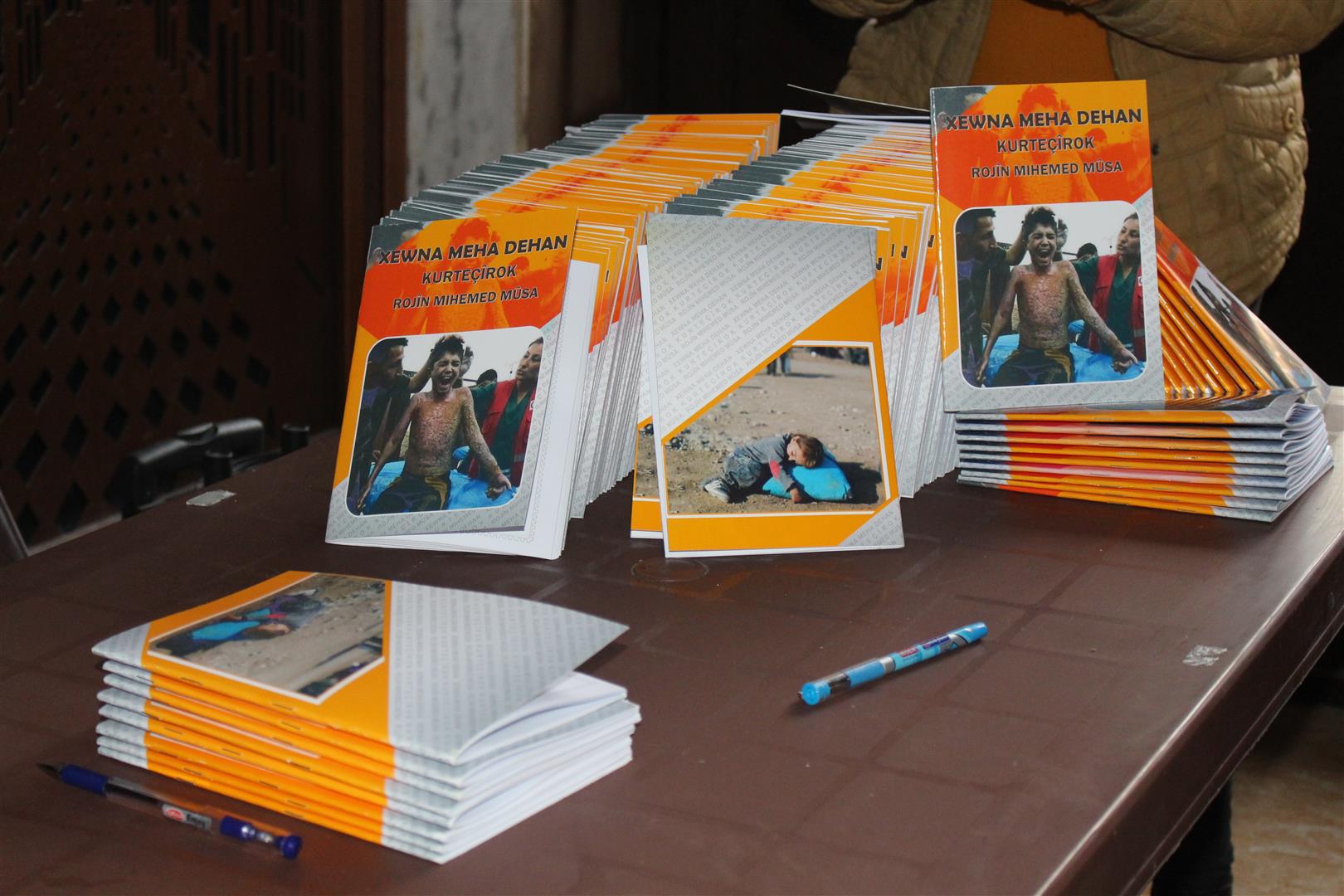 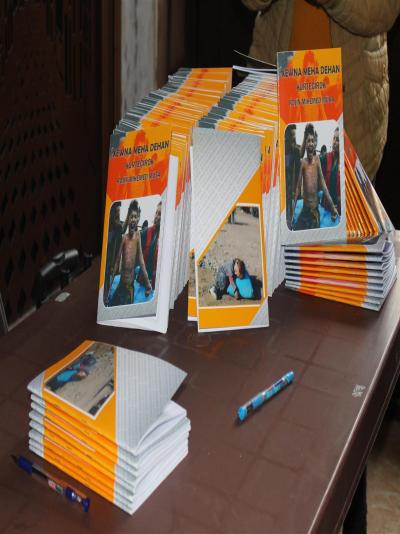 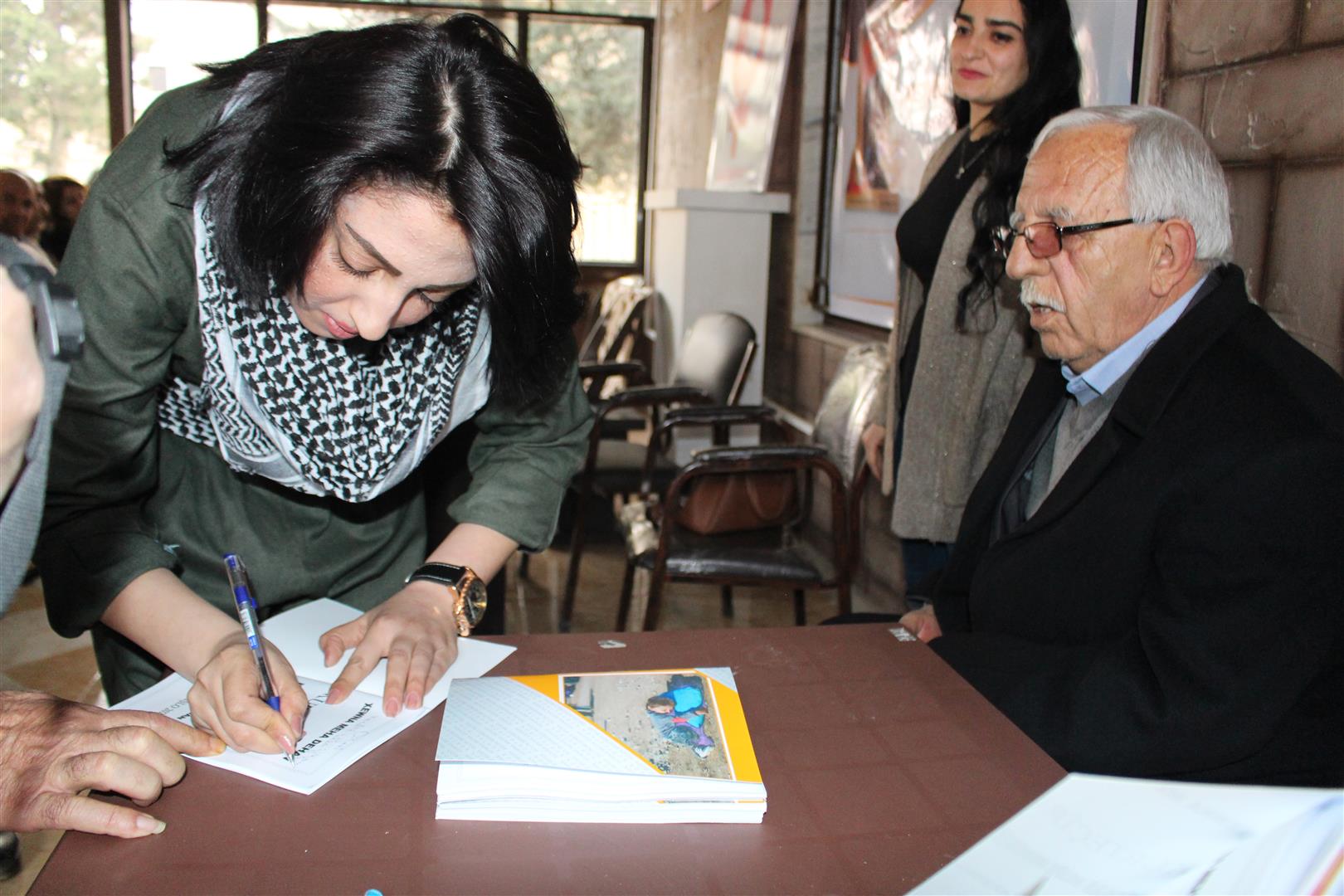 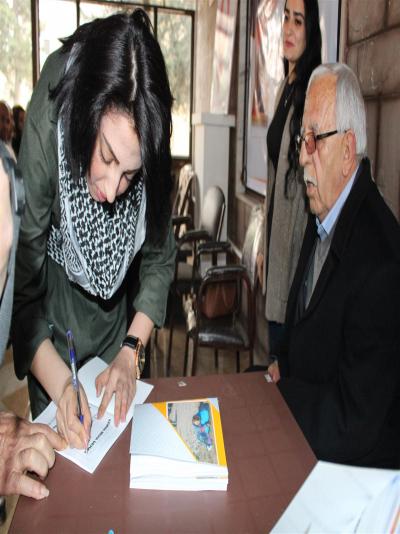 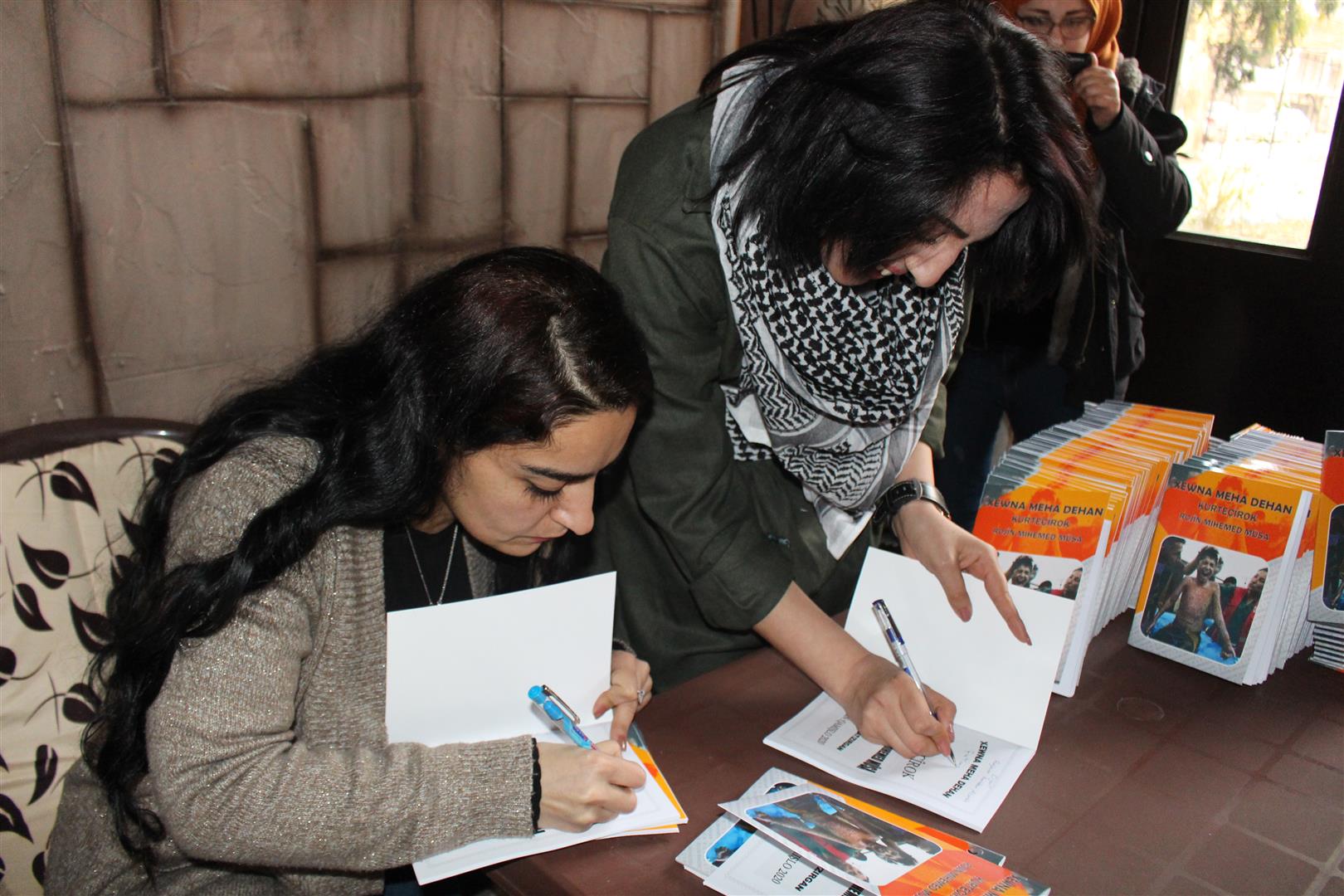 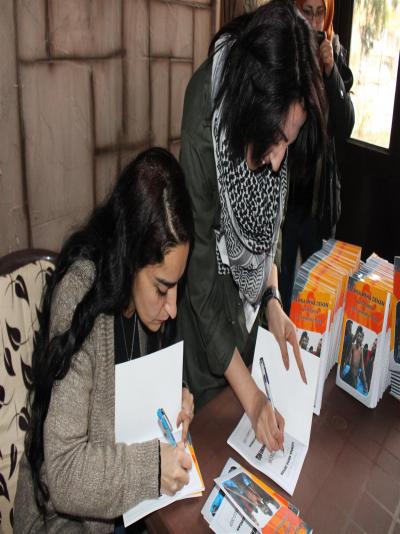 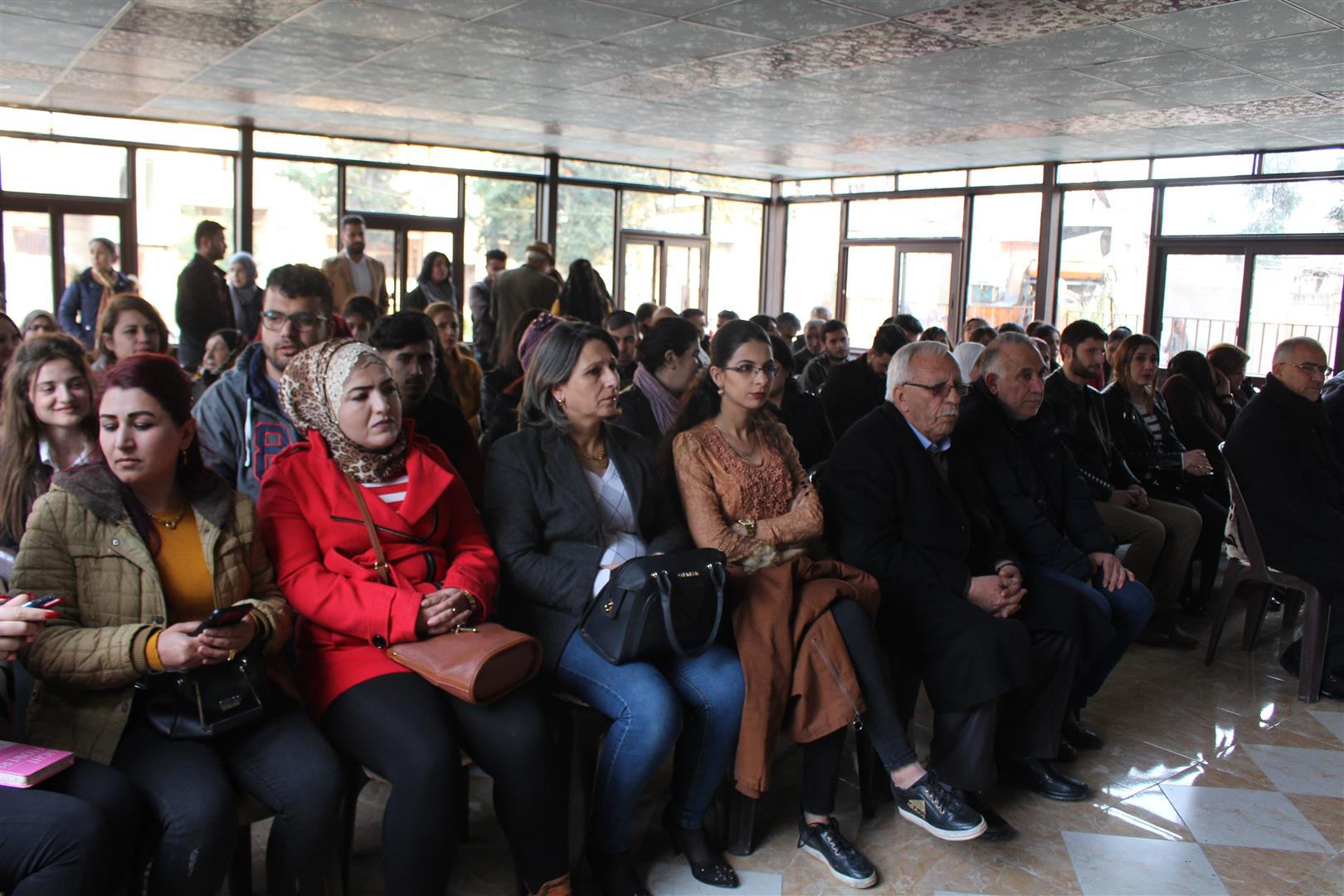 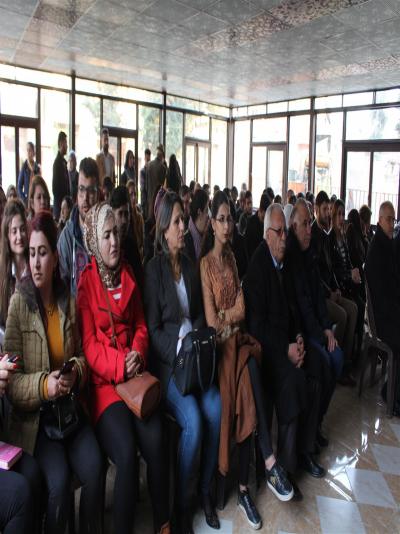 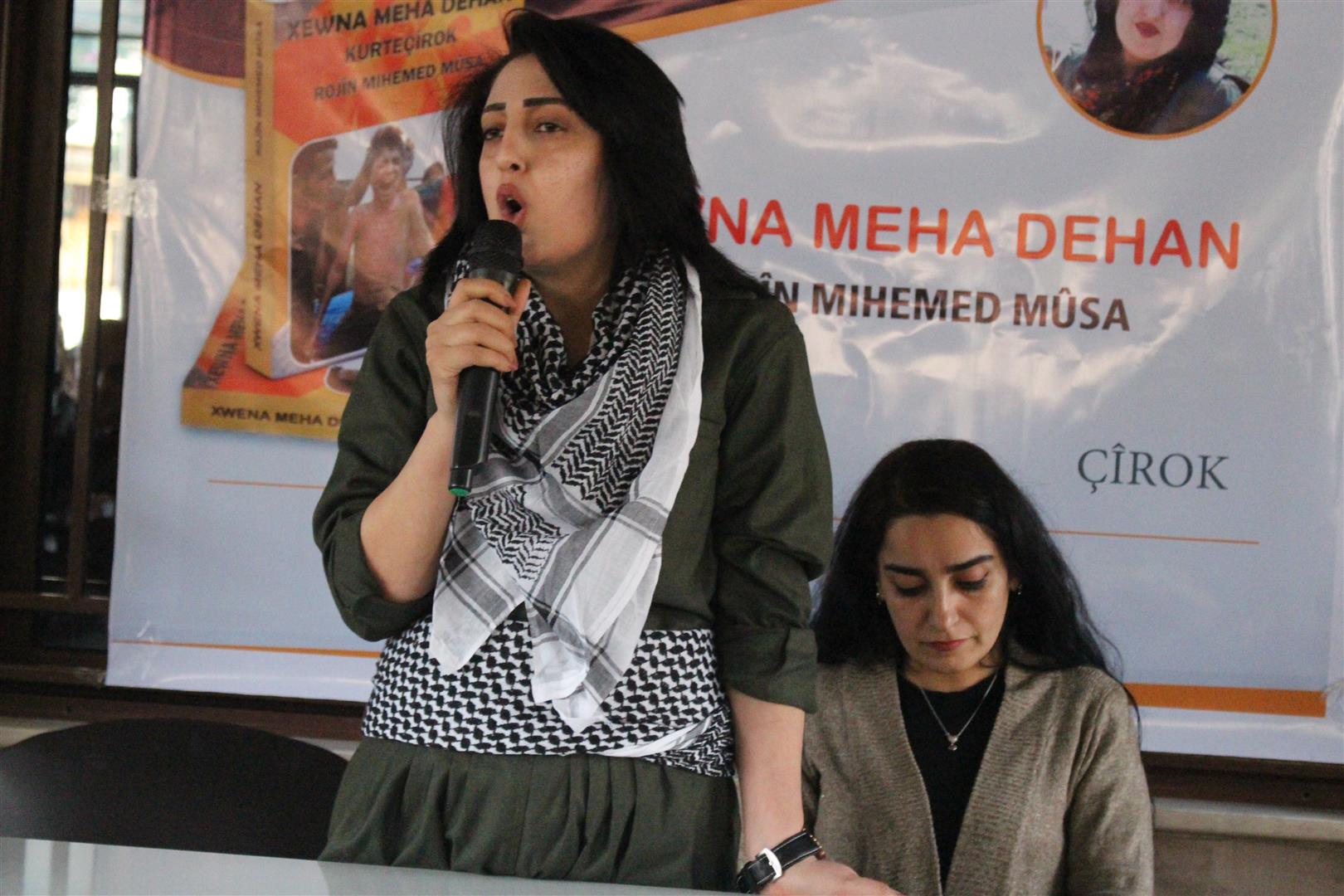 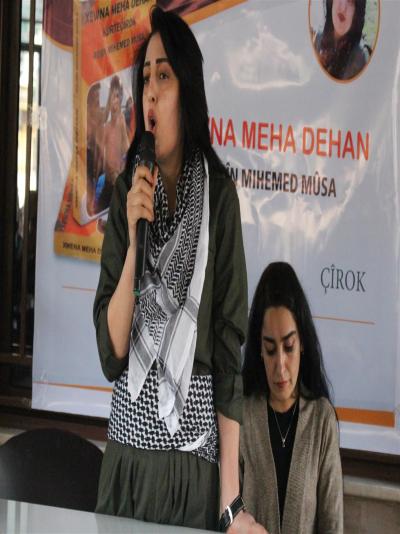