Hundreds of Manbij Military Council fighters celebrated the victory of Syrian Democratic Forces on Daesh mercenaries. The people of Manbij and the members of the committees and institutions of the Democratic civil administration of Manbij and its countryside, a delegation of the International Coalition Forces also joined it at the Academy of Martyr Yekta in Tishreen Dam.

"In the academy's square, flags of Manbij Military Council and martyrs photos were hung as well as banners reading, "The achievements in Kobani, Manbij, al-Raqqa and Deir ez-Zor will continue to defeat the last terrorist on Syrian soil." This victory has become a history in the triumph of women's freedom, freedom of peoples and co-existence among all the Syrian components. "

The ceremony began with a minute of silence, followed by a speech on behalf of the Manbij Military Council delivered by its official spokesman, Shervan Darwish. At the beginning of his speech he congratulated the victory on Daesh mercenaries to all fighters who participated in the fight against terrorism and also the International Coalition forces.

"Shervan expressed his pride in Manbij Military Council's participation in the battle to defeat terrorism, he said, The victory over mercenaries is an inheritance for the entire world. The world has become more secure after the elimination of a large part of the terrorism that threatened the entire world," he said.

Shervan pointed out that the "Kobani epic" was the first defeat to Daesh mercenaries, recalling the martyrs who fought in the alleys of Kobani to Manbij and al-Raqqa "like the martyr Abu Laila and Abu Amjad, they were martyred knowing that their comrades will complete the path by eliminating Daesh mercenaries militarily."

Shervan Darwish urged the fighters to do more work and organization "to maintain victory." He stressed that fighters who defeated Daesh mercenaries "to break any further attacks and repel any greedy country."

Then leaders in the Manbij Military Council presented cards honoring the Martyrs' Families and the war-wounded institutions.

The celebration ended with folkloric Dabka and songs. 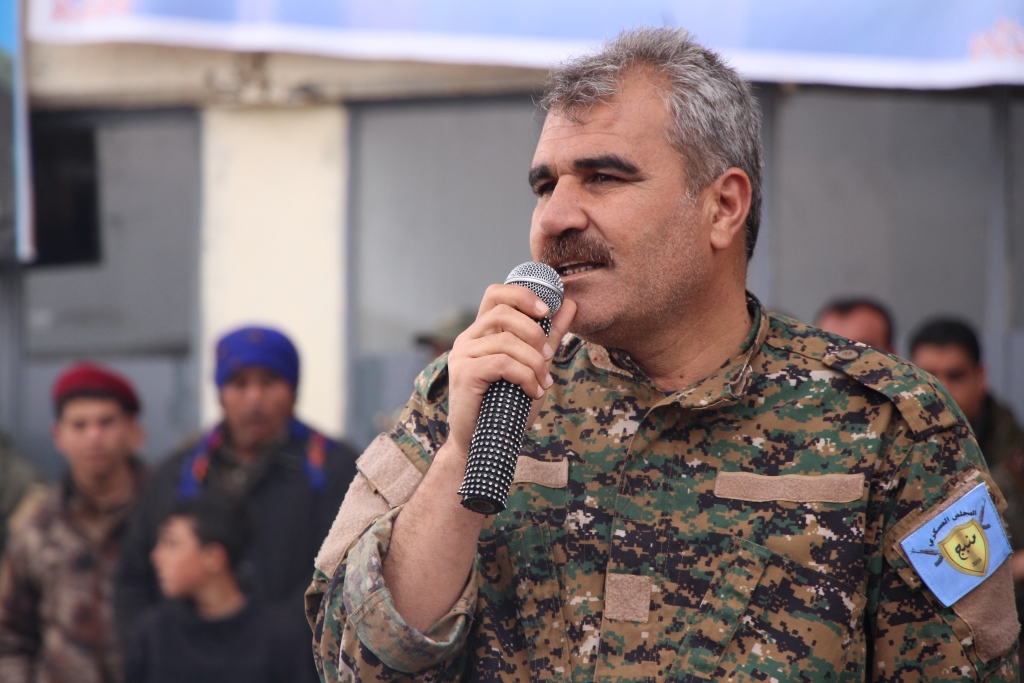 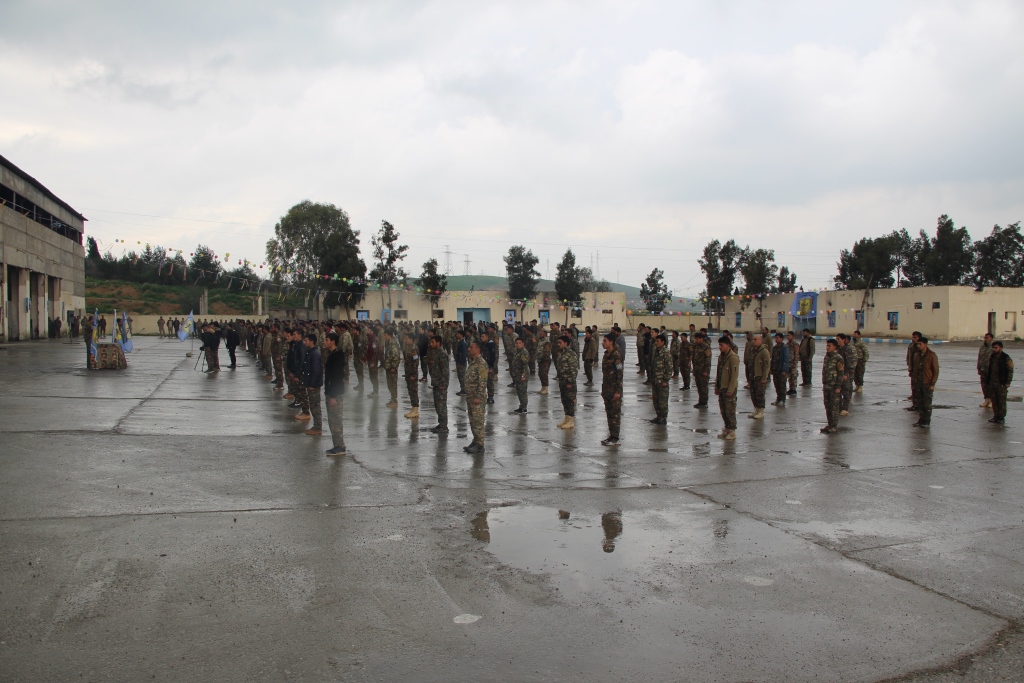 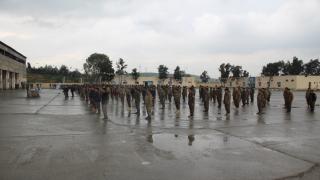 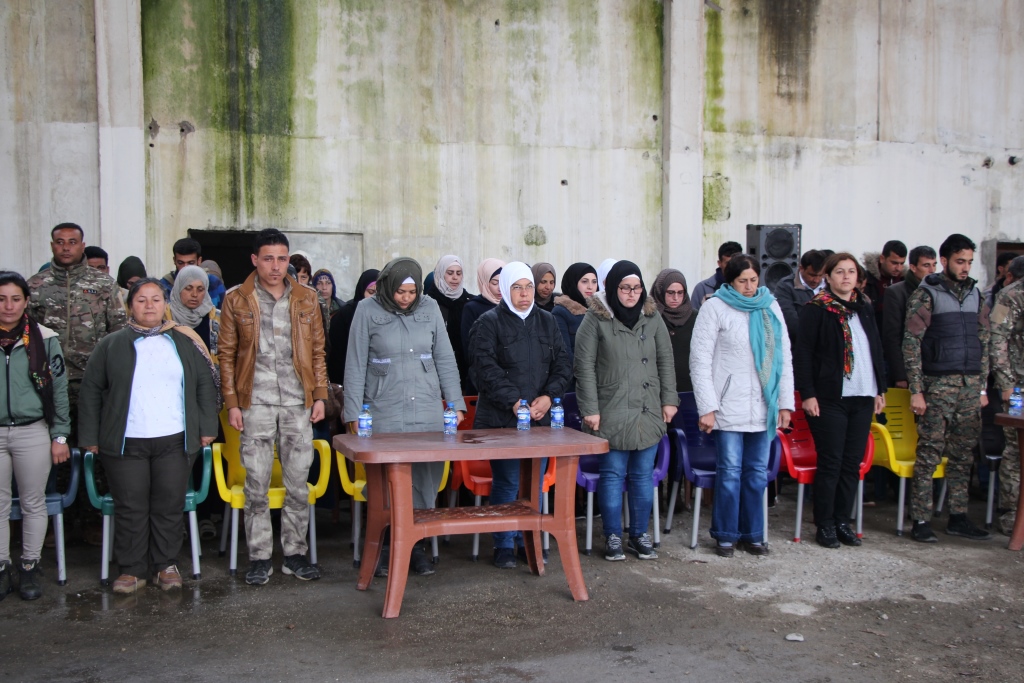 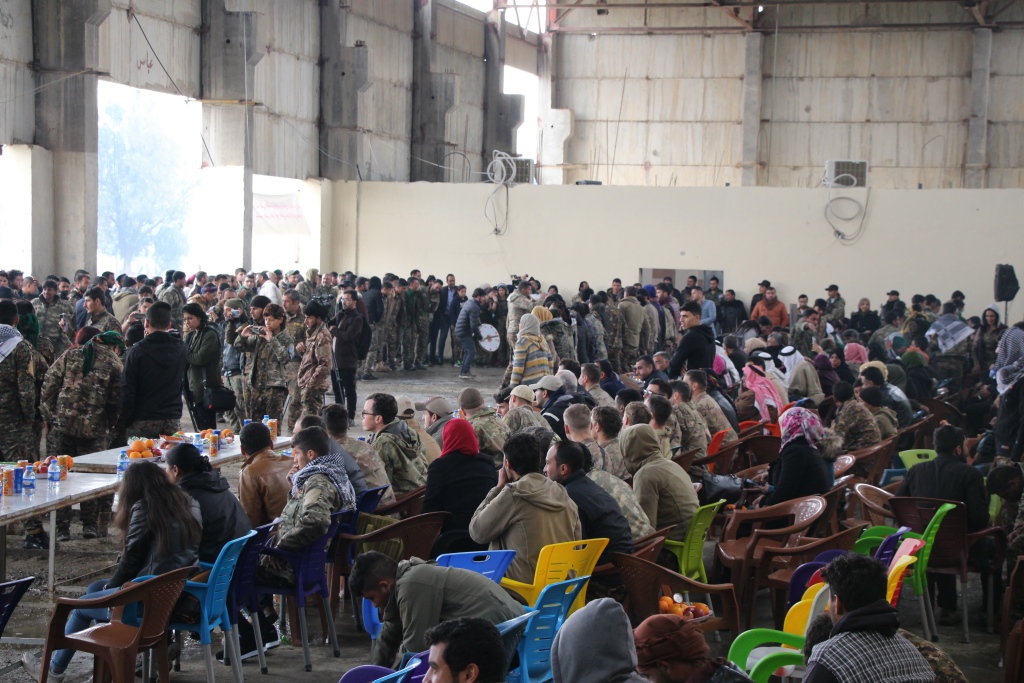 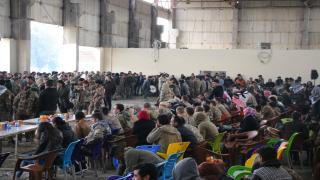 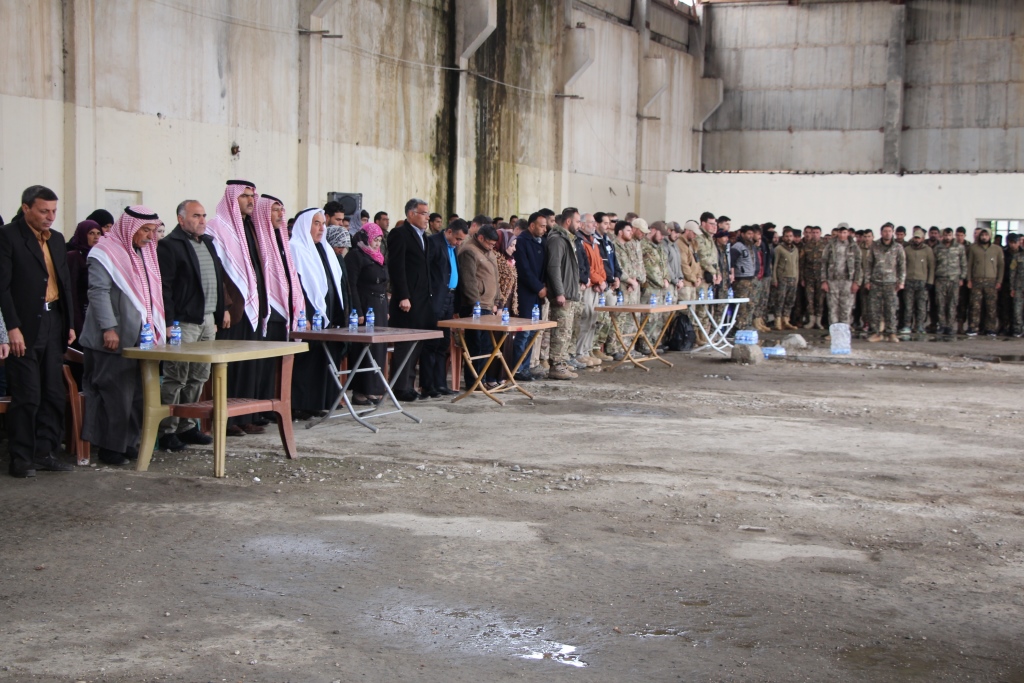 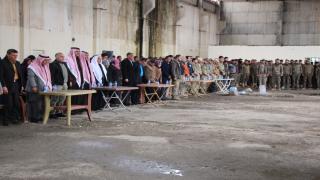 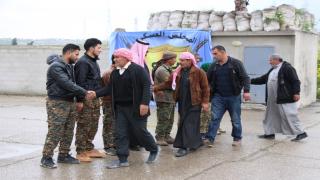 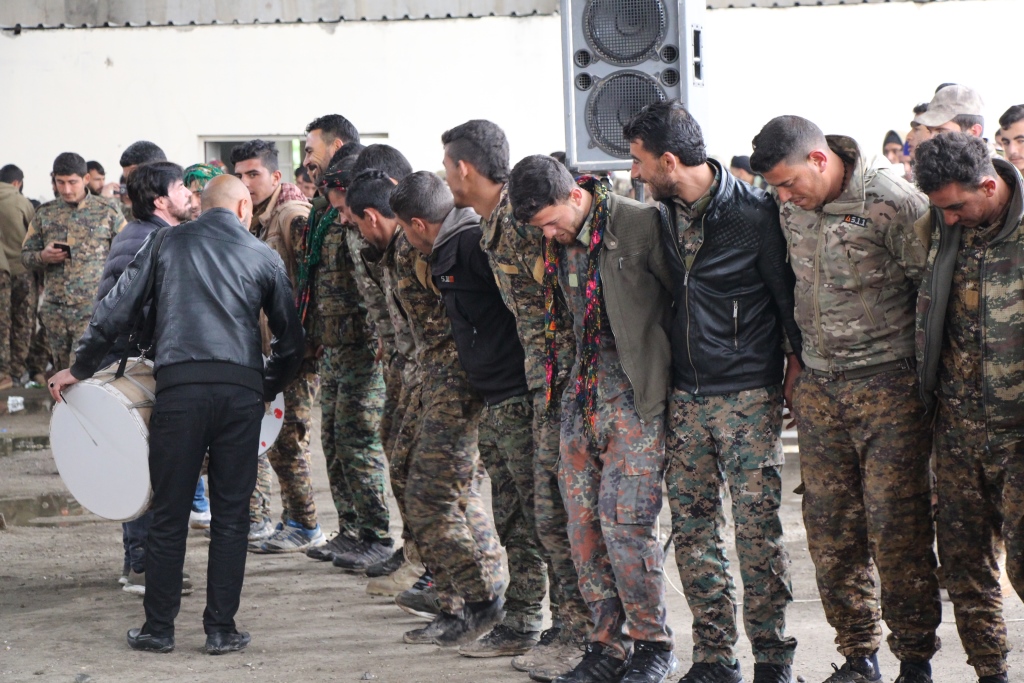 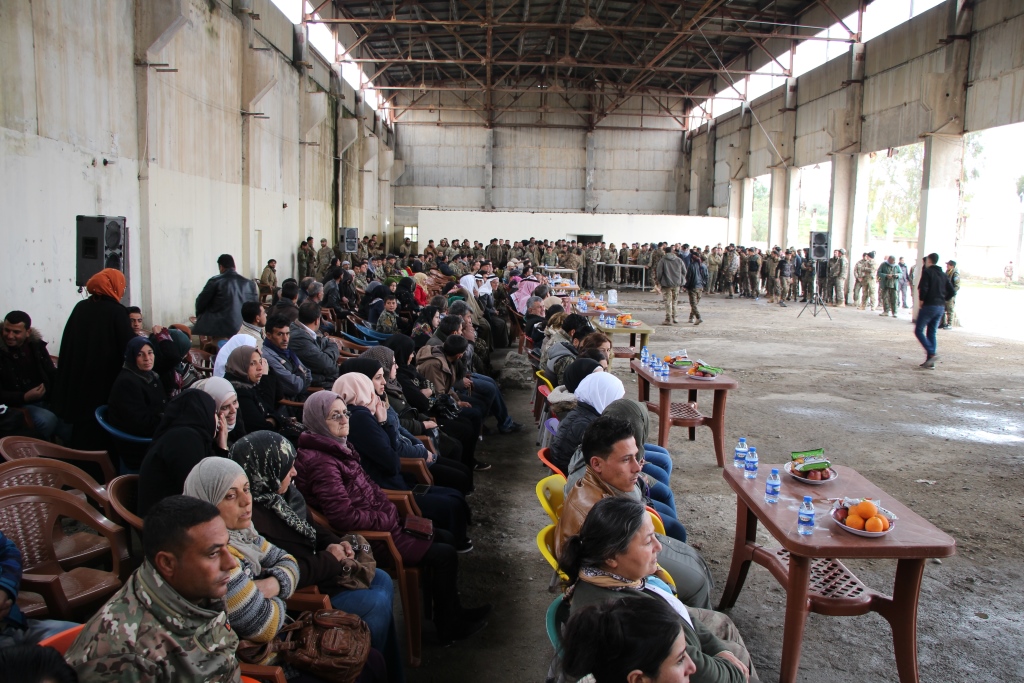 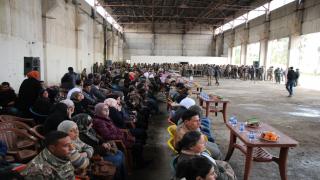