The members of the Kongra Star met on Saturday morning under the slogan "Together Towards the Future" to discuss the role of women in society, methods of protection from special war and how to stand against them in Jarjilla Restaurant in Derik city, north-east Syria.

After the symposium began by holding a minute of silence, the symposium's axes focused on the role of women, as they are the nucleus of the social cell and the main pillar in the upbringing of generations, and refining their talents to become future makers within the concept of organized social work, and moving away from individualism so that everyone is active within society. 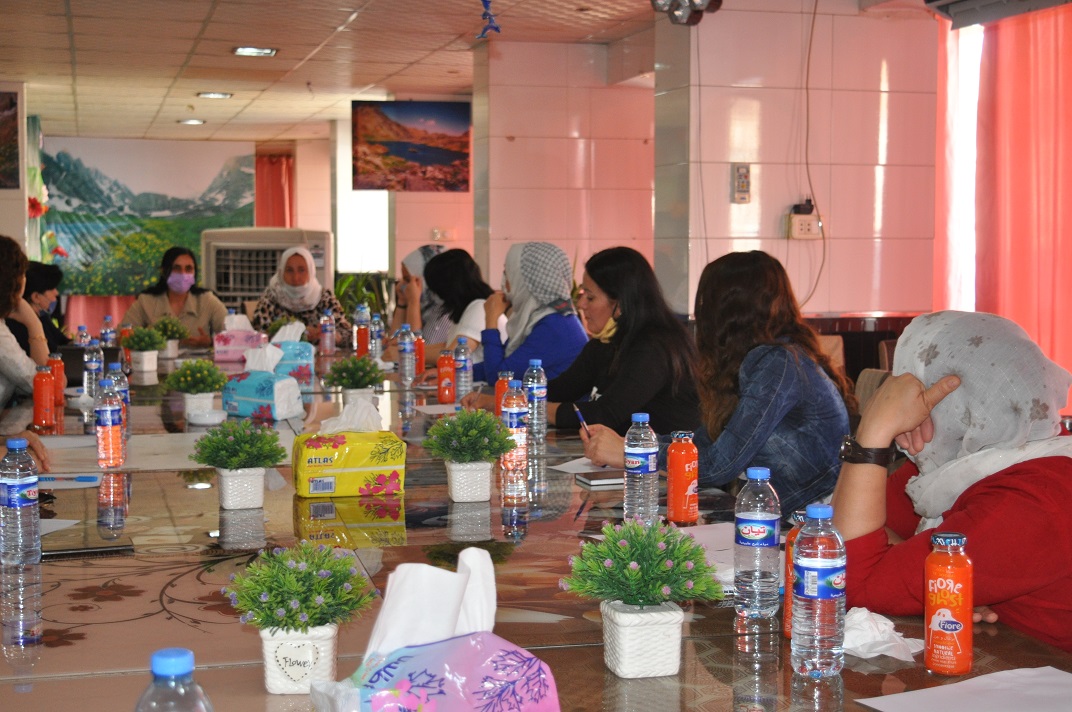 The dialogues in the first axis dealt with the balance between the analytical memory and emotional memory, in contrast to the man who has developed analytical memory, and convincing women that they have the ability to participate and the strong and sound advancement of society."

The second axis focused on the attempt of the capitalist regimes to eliminate the illuminated minds, principles, values and morals by distorting facts and obliterating the identity of the individual in putting misconceptions by convincing the individual that the forces are the ones who control.

The symposium ended after discussing it by the attendees who confirmed that psychological warfare is one of the most dangerous means used by the capitalist regimes in their war against societies.

Turkey's trial of Çîçek Kobani is a breach of international law

The co-chair of the Lawyers Union in Al-Jazeera region stated that Turkey's trial of the pri...

The third batch of the displaced residents at Al-Hol Camp, that was composed of women willin...

Female politicians called on the concerned parties to form a committee to visit north and ea...
Old Website