According to the official website of the forces, the special units of the Syrian Democratic Forces carried out a new security operation with the support of the International Coalition, near the town of Al-Busaira in the eastern countryside of Deir ez-Zor.

The operation targeted a local ISIS leader, who was active in transferring cell members, especially suicide bombers, and intended to provide them with weapons and equipment necessary to carry out bombings in areas of the Hasaka and Deir ez-Zor countryside, and various areas in north and east Syria, according to the website. 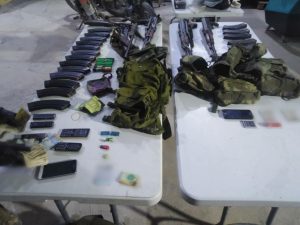 It confirmed that the place was raided and the wanted leader was arrested in his house in the village of Al-Daman near the town of Al-Busaira. During the house search, a warehouse of weapons and explosives was found, and the contents of machine guns, stores and military clothing were confiscated.