The sheikhs spoke during a meeting organized by the Syrian Democratic Forces (SDF) in Al-Hol sub-district of Al-Hasakah canton, attended by dozens of sheikhs and clan leaders in the district, to discuss the latest developments that concern the regions of the NE Syria to shed light on the interventions and threats of the Turkish occupation and its mercenaries in the region.

The meeting which was attended by the sheikhs and notables of (Khawatneh, Hassoun, Tafahiyyin, Sharabiyyin, Mohsen and al-Hazeem) clans in addition to dozens of members of civil and military institutions.

The meeting began with standing a minute of silence, then the administrator in the Internal Security Forces in the sub-district spoke, Abd al-Aziz Abdo, and the commander in the Military Council of the Syrian Democratic Forces in Ayala al-Hol, Ahmad Daraan.

Abdo congratulated the liberation of the region from ISIS by the SDF and managed to restore their rights and freedom so they could live in peace and security.

Noting that: "The SDF was able to withstand the Turkish occupier and its mercenaries with all boldness, and sacrifice with dear and precious so that their people live in freedom and peace."

Abdo added that after the liberation of the region, there had to be a solid bridge between the people to the Autonomous Administration, while the Internal Security Forces were formed from all components, calling upon all people for cooperation to eliminate sleeper cells that seeks to destabilize the region. "

On his turn, Daraan explained that the al-Hol region has suffered greatly since the outbreak of the Syrian crisis, and the control of ISIS mercenaries over the region and the SDF's role in securing the region.

Daraan emphasized that the mercenaries' first strategic goal was to break up the Arab clans in the region, because they are the pillar of the cohesion of peoples, while the Turkish occupation targets the NE Syria regions stability.

Noting that Turkey and Russia have been working recently to recruit Arab youths to serve their occupation agendas in the region, with the aim of emptying the region.

Daraan asserted that it seeks to discredit the Arabs under the name of the Syrian mercenaries, calling on the notables of the clans and all components of the region to show a firm stance on these plans.

During the discussions, they attendees indicated that the meeting is a positive and falls within the framework of protecting the region from the conspiracies of the Turkish occupation, the Syrian government and its Russian supporter that target the democratic project in NE Syria, saying, "We have to be vigilant and aware and be in the service of our democratic project, and to rally around the SDF."

After the meeting, they issued a joint statement to the public opinion and was read by the leader of the Military Council of the Syrian Democratic Forces in the Al-Hol area, Ahmed Daraan, in which he said:

“The concept of security and protection is one of the natural foundations in self-defense, and it is a fundamental right for a person to survive and ensure his continuity in life, and this right is a project that is preserved and safeguarded by all human and international norms and conventions.

With the aim of expanding the influence zones by the dark powers and the global hegemonic states at the expense of the Syrian components, deepening the Syrian crisis, Russia draws its policies according to its interests and vision for a solution based on its supreme interest throughout the region and its declared and hidden conflicts with America and its axis starting from Syria to Libya and the Mediterranean Basin to control the oil regions and their supply lines, intentional in doing so to push the Syrian people into conflict areas in Libya and other areas, it seeks to recruit people in NE Syria to make their societies fragile and subject to extortion.

As for the Turkish occupation and its mercenaries, the spearhead of the Turkish fascist conflicts, and the new Ottoman project and the supporting forces, which have the greatest role in pushing the Turkish occupation towards declaring wars and intervening in more than one region, in Syria Turkey has been playing the key role in destroying it in all respects, it worked to plunder its economic resources, demolish the infrastructure, and work for demographic change in many regions. It used the displaced and refugees as blackmail card against Europe and pushed them into the region's wars under the name of fighting the Rojava's Kurds.

But it collides in the region with the democratic nation project based on coexistence and the brotherhood of peoples represented by the autonomous and civil administrations in northern and eastern Syria, which is the biggest obstacle to the implementation of the Ottoman-Turkish plans, because in the concept of a democratic nation there has become an agreement in blood between the components of these regions.

It is a basic duty as notables, sheikhs, or intellectuals from the people of the region, to be alert and beware and we also have to work on solving the problems that occur with organizational that preserve public, individual and societal rights, and that all our military institutions are from the internal security forces, the SDF and its associated institutions are working to maintain security, safety and stability in the region.

We must work to unify in front of all external and internal threats, and it is the basis for stopping any attack on our regions, and we also have to work to educate the youth. We must work to consolidate the concept of the democratic nation.

And we, in the Syrian Democratic Forces and the Internal Security Forces, pledge our people to be an impregnable dam to preserve security, safety and the safety of our regions from any external interference, and on this basis, by uniting us military, civilians, sheikhs, dignitaries and intellectuals, we will reach freedom, dignity and social justice. 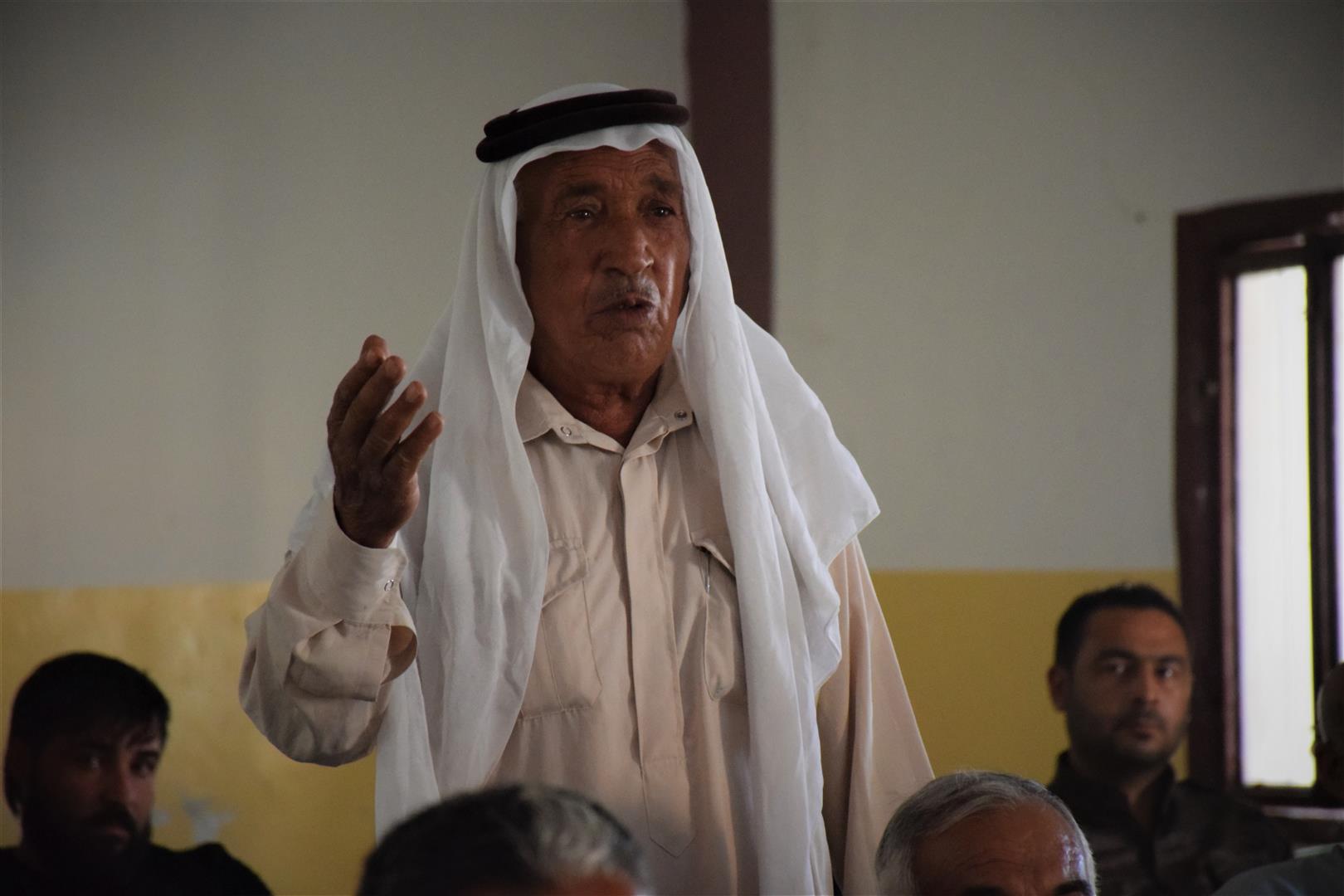 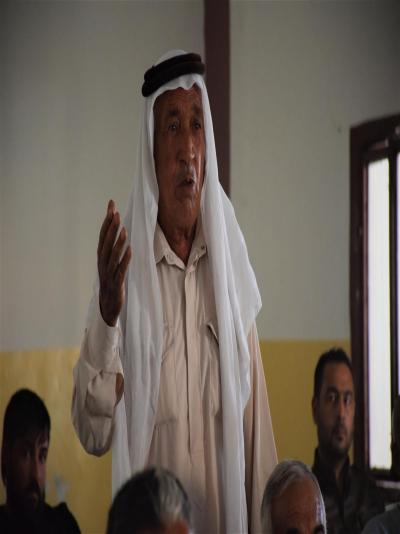 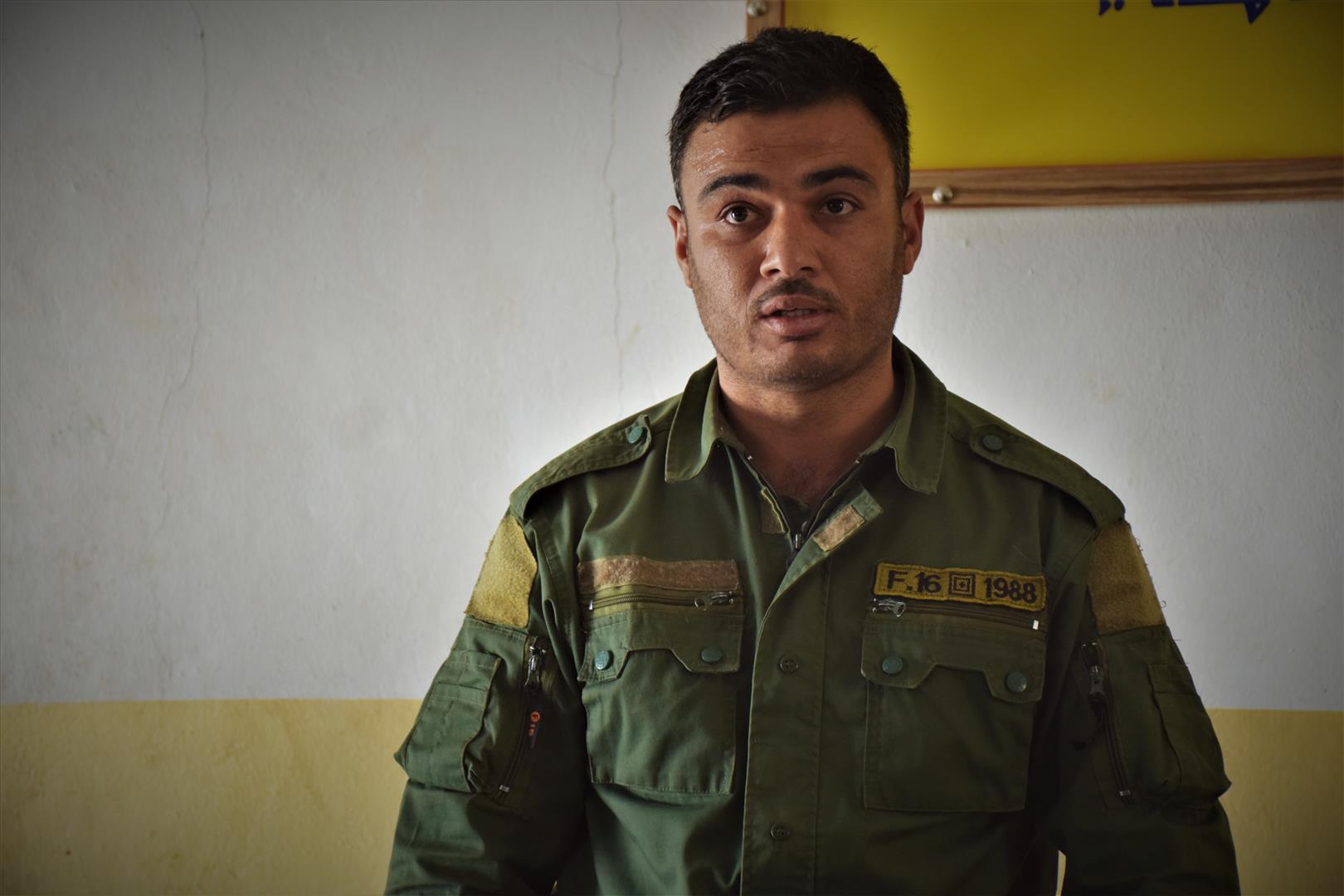 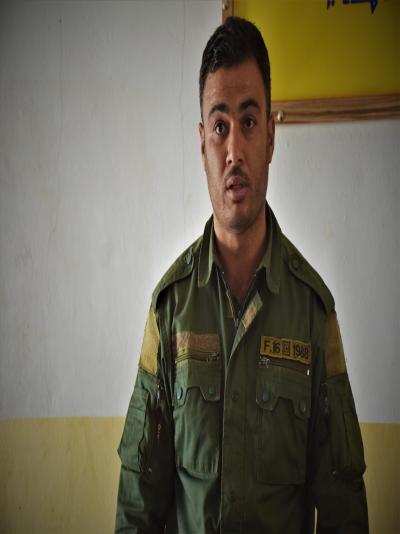 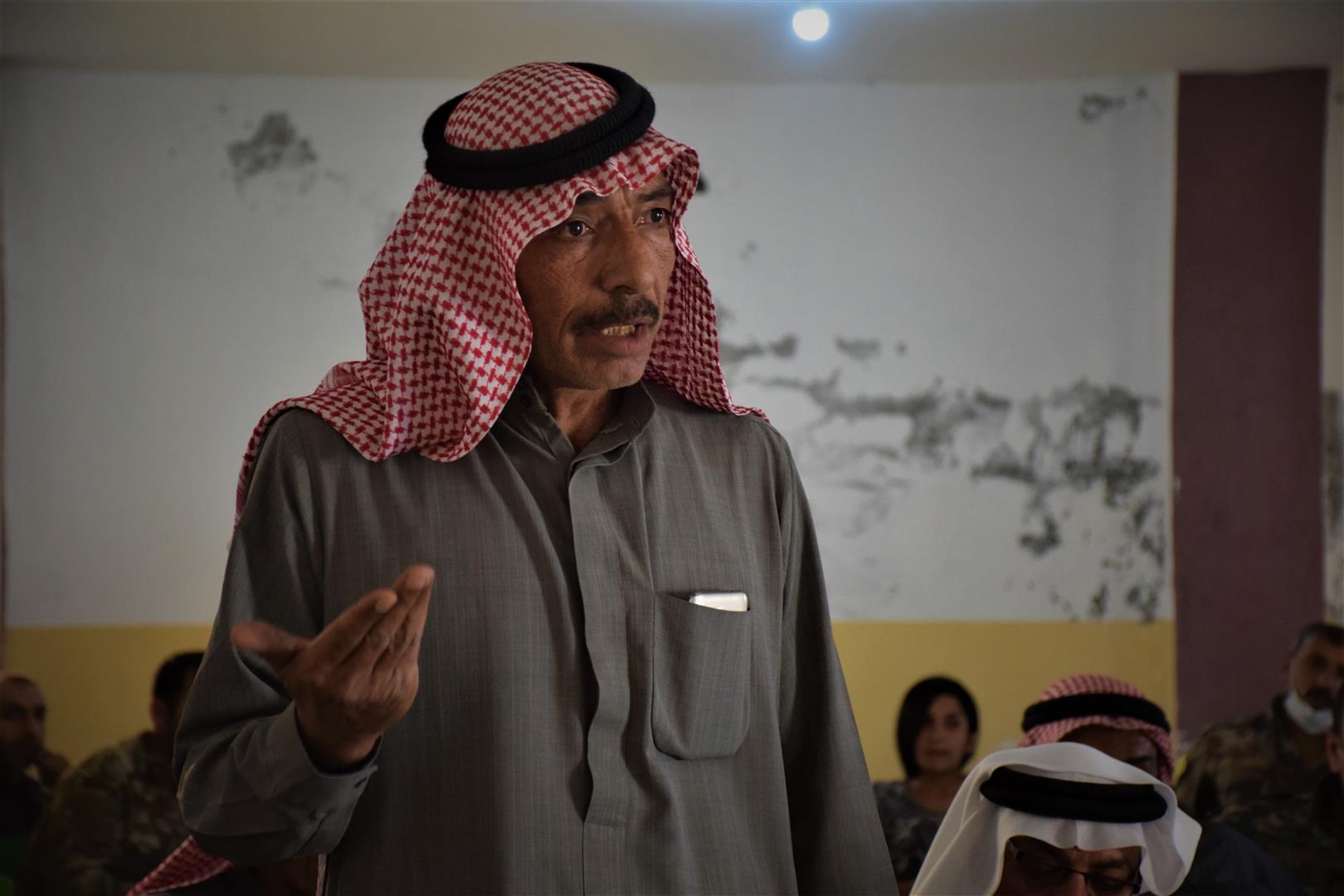 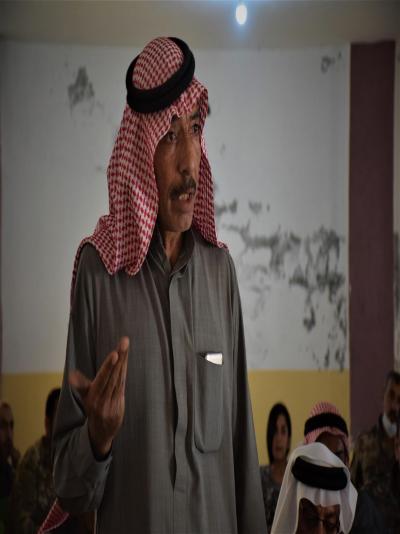 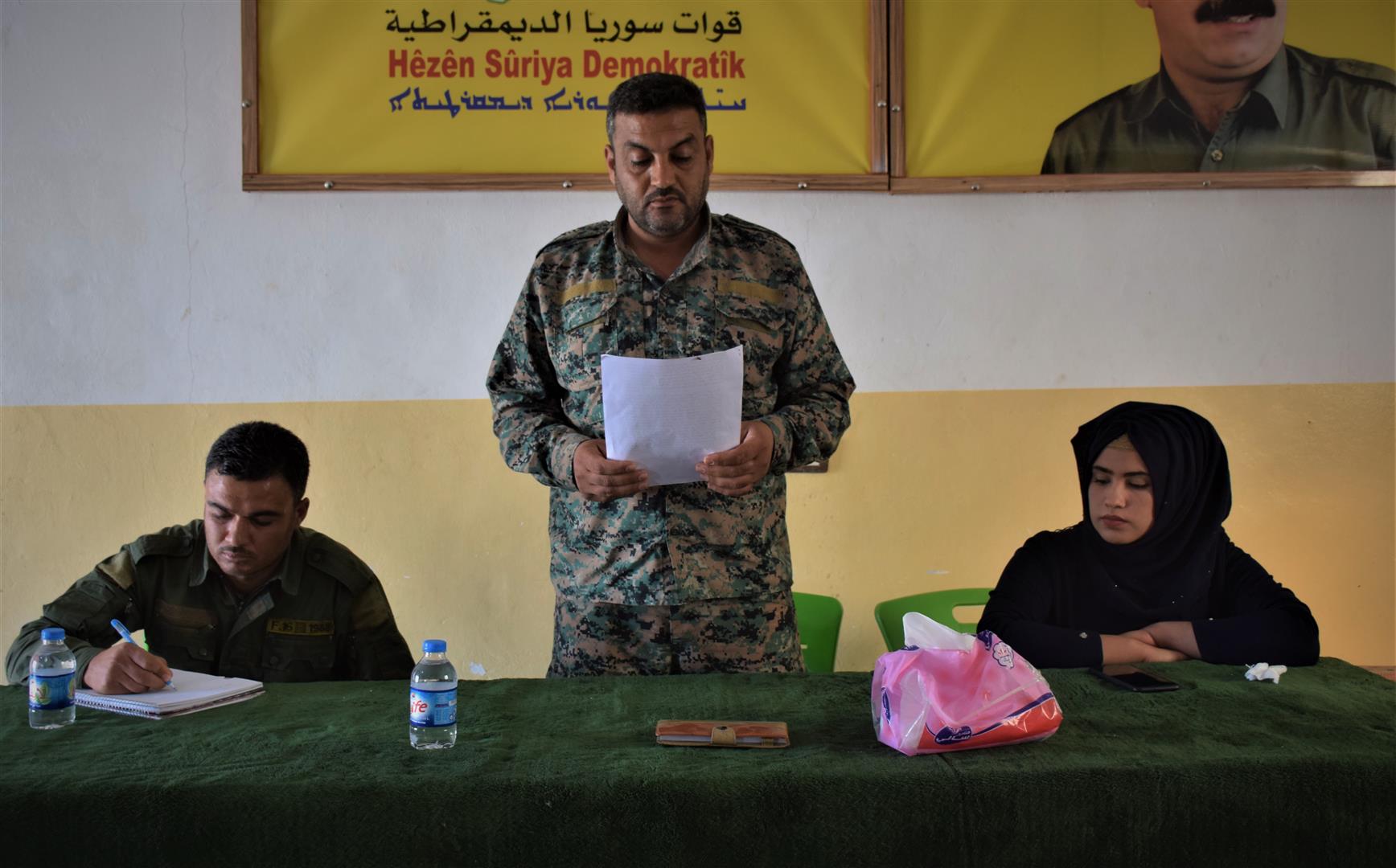 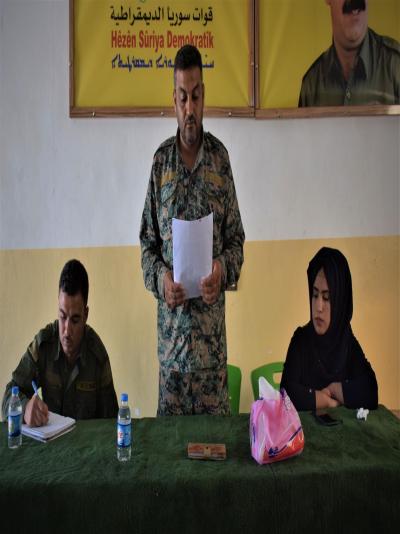 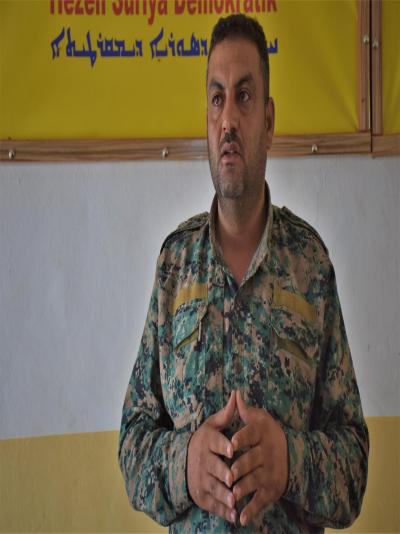 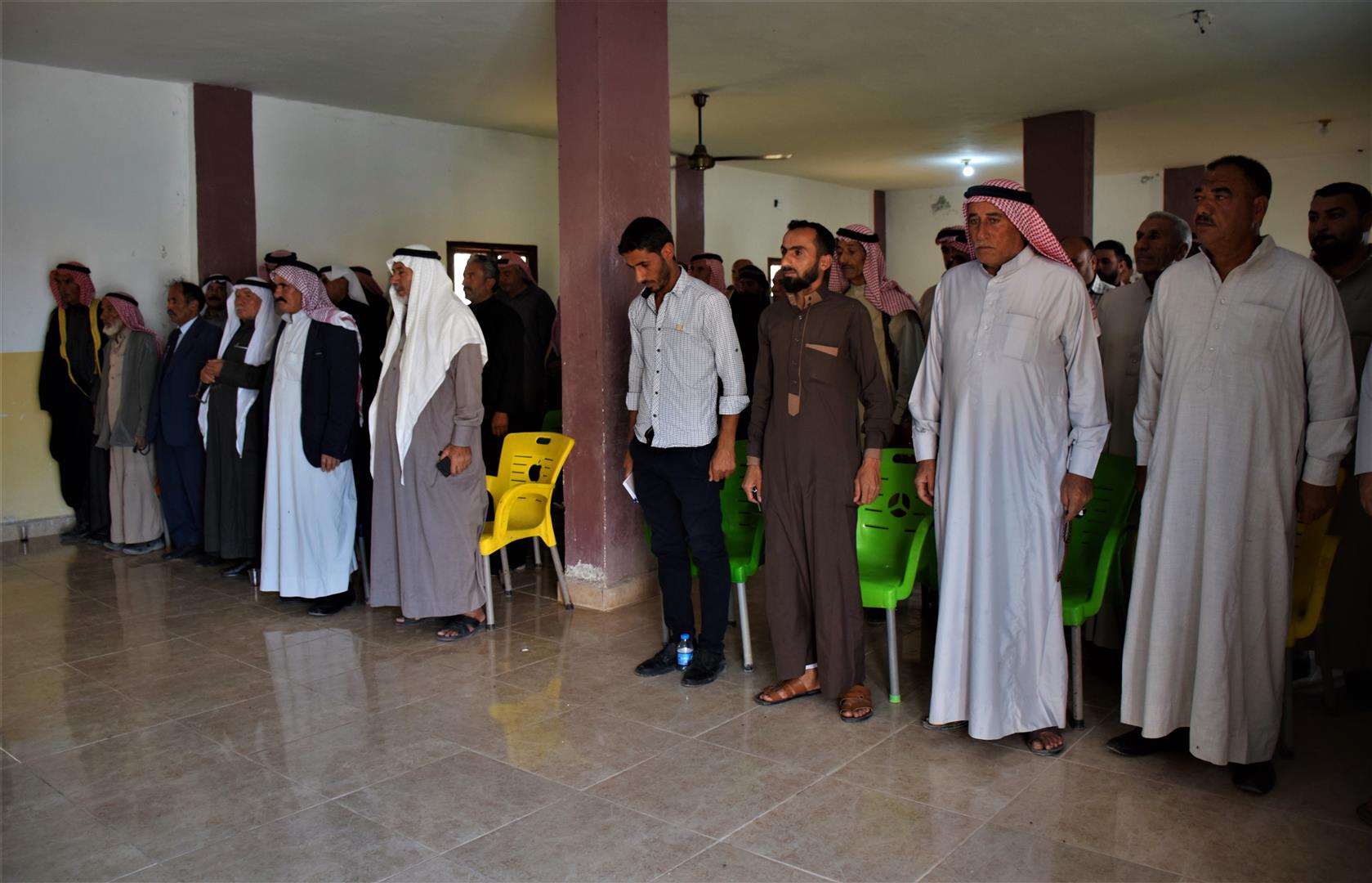 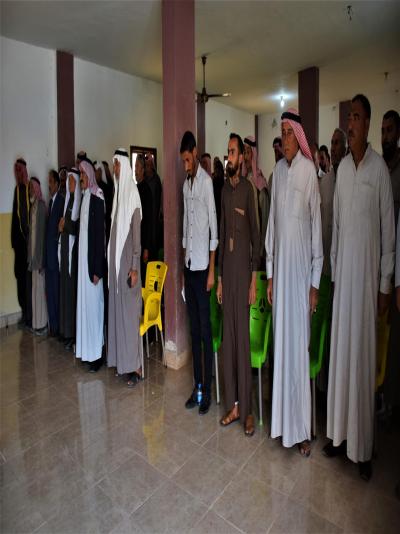 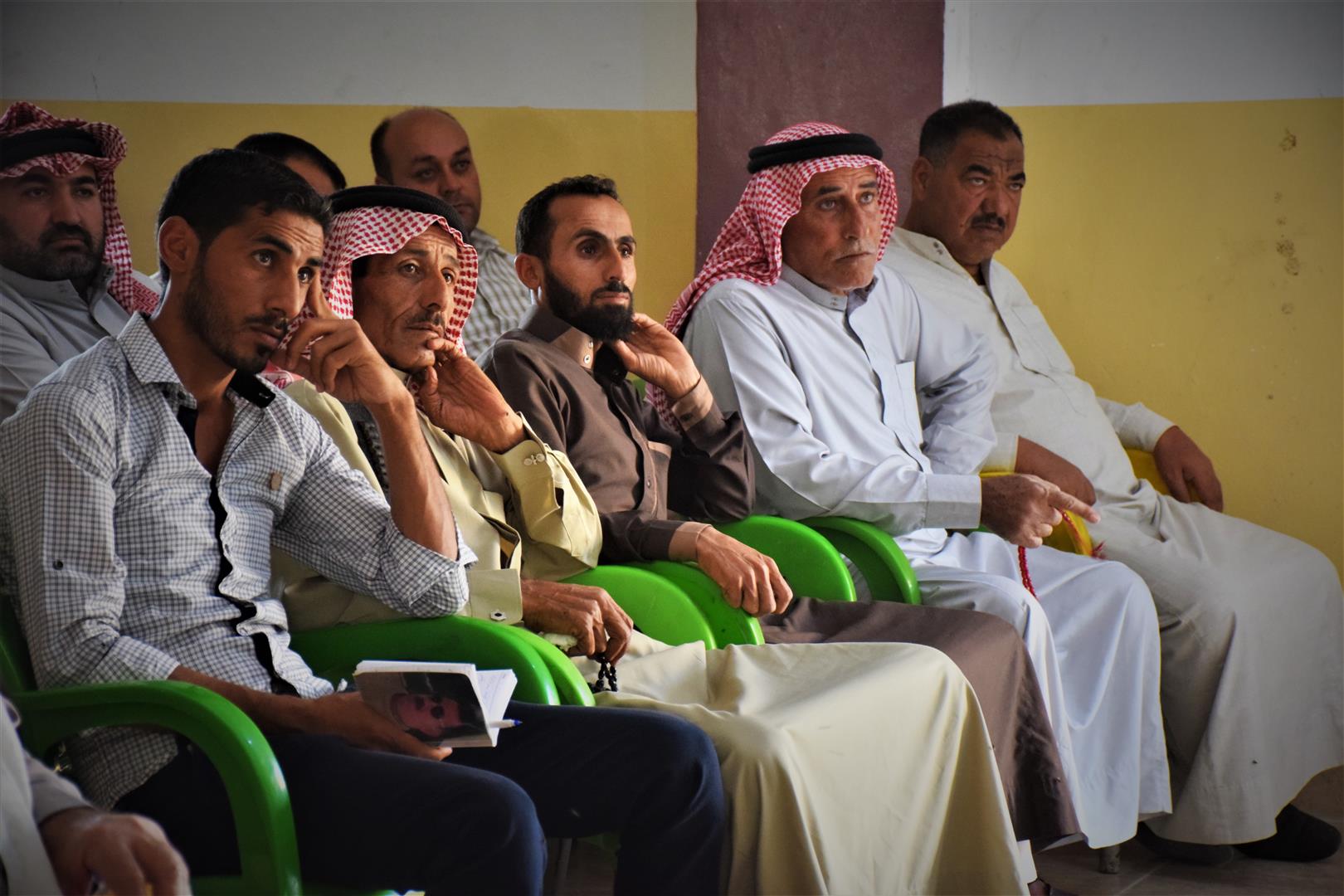 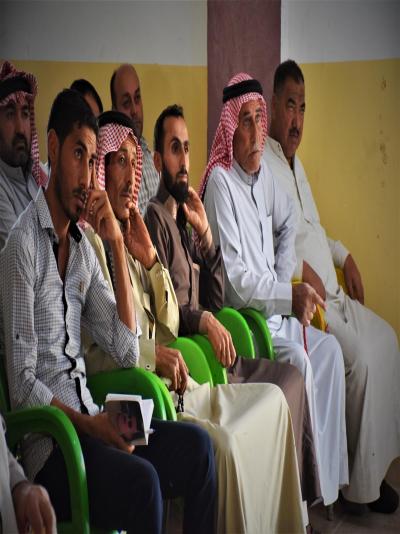 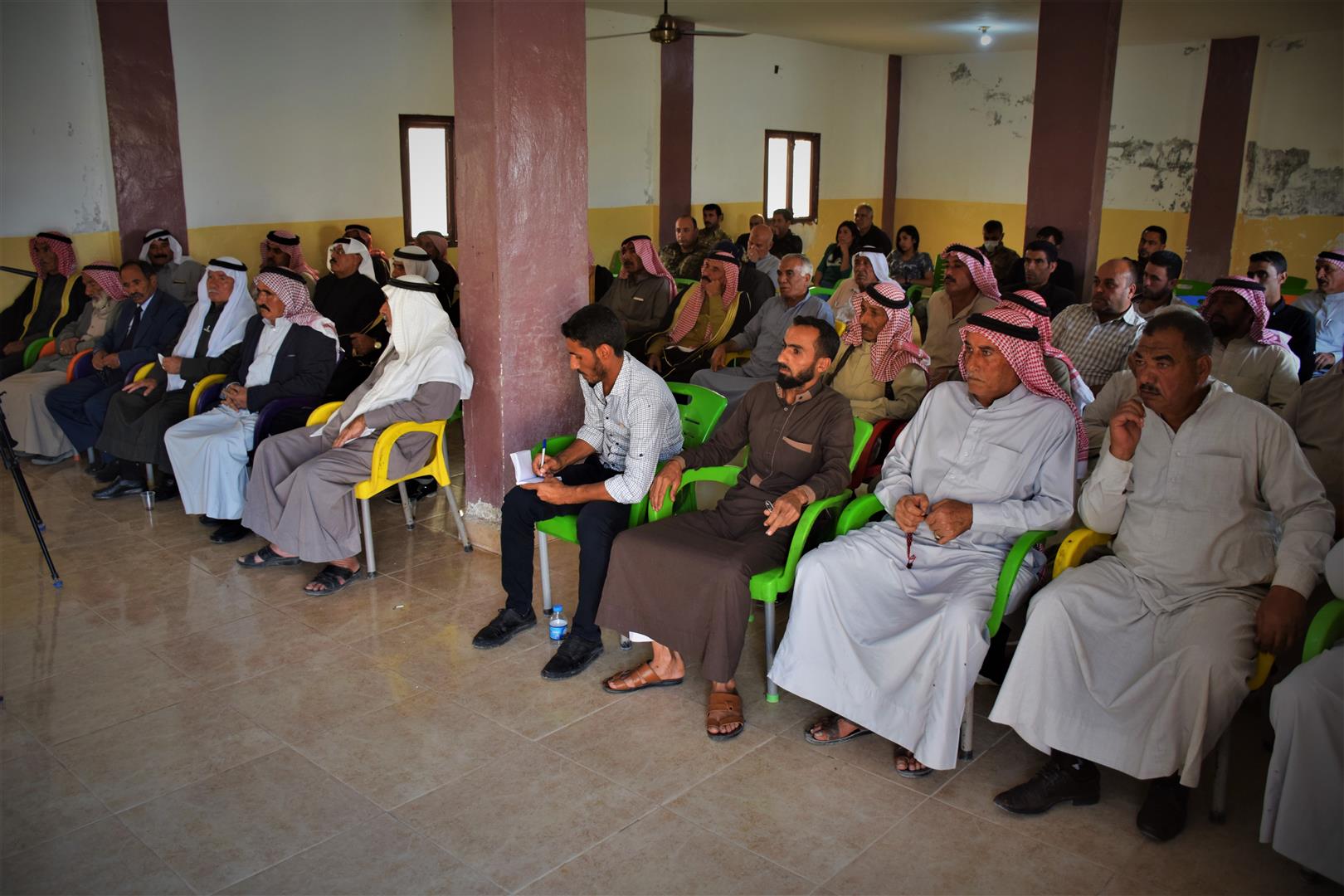 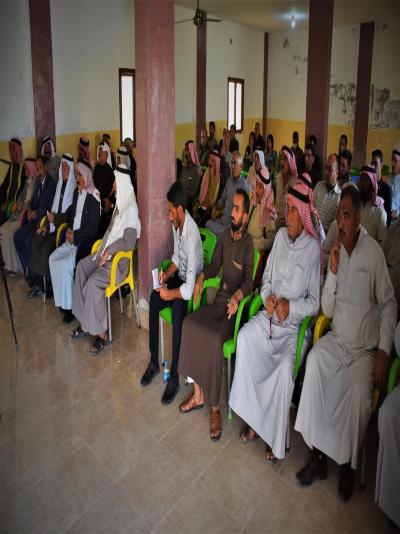 Khirbet Baqer village and Silos of Qizali village in the occupied countryside of Girê Spî ...

The participants in the National Conference for the People of al-Jazeera and the Euphrates, ...
Old Website