The meeting, which was held in the village of Baneh Qasire in Dêrik, and attended by dozens of people, began with a minute of silence. Member of the General Council of the Democratic Union Party Abdul Karim Sarokhan talked about the conditions in the world about the spread of the Corona virus, which led to complete paralysis, and the Autonomous Administration measures against the virus.

Sarokhan continued: "The peoples of northeast of Syria stood firmly against the most powerful terrorist organization in the world, and offered thousands of martyrs and wounded to protect them, and triumphed over these terrorist groups."

He continued: "The capitalist countries are trying to eliminate us through their fascist policies and starvation of people, especially with the rise in foreign exchange rates against the Syrian pound."

He said that the implementation of Caesar's Act would negatively affect the economic situation, so everyone has to support economic projects and rely on self-sufficiency.

He noted that despite the blockade on Syria, the destruction of the infrastructure, and the regime's lack of control over large areas of Syria, "the regime is still on its chauvinistic mentality and its lack of acceptance of dialogue with the administration despite its total economic and political collapse, even in all respects."

sarokhan said: "Everyone needs to rely on self-sufficiency and support local projects to overcome this stage, because the colonial countries used all methods against the peoples of northeast Syria through terrorist organizations and fight the people with their economic livelihood."

The meeting began with a minute of silence, and then the co-chaair of the Democratic Union Party, Anwar Muslim, delivered a speech in which he spoke about all the latest developments in the region, in Syria, and in the northeast of Syria.

Muslim said: "One of our priorities is to spread democracy and equality between peoples. We may have some mistakes in our institutions and we do not deny the existence of mistakes. We are part of the Autonomous Administration. Together we will find solutions through dialogue."

Muslim touched on the participation of women in various social aspects, and added: "The issue of women is one of the basics for our party program, in order to achieve equality and effective participation, so that we can build a society in which equality and justice prevail."

He added: "We in the Democratic Union Party will always be with the dialogue with the Syrian state, and also with the Kurdish parties, for the safety of the people in Syria and for the sake of a democratic Syria."

The two meetings ended with listening to the opinions and inquiries of the people and answering them. 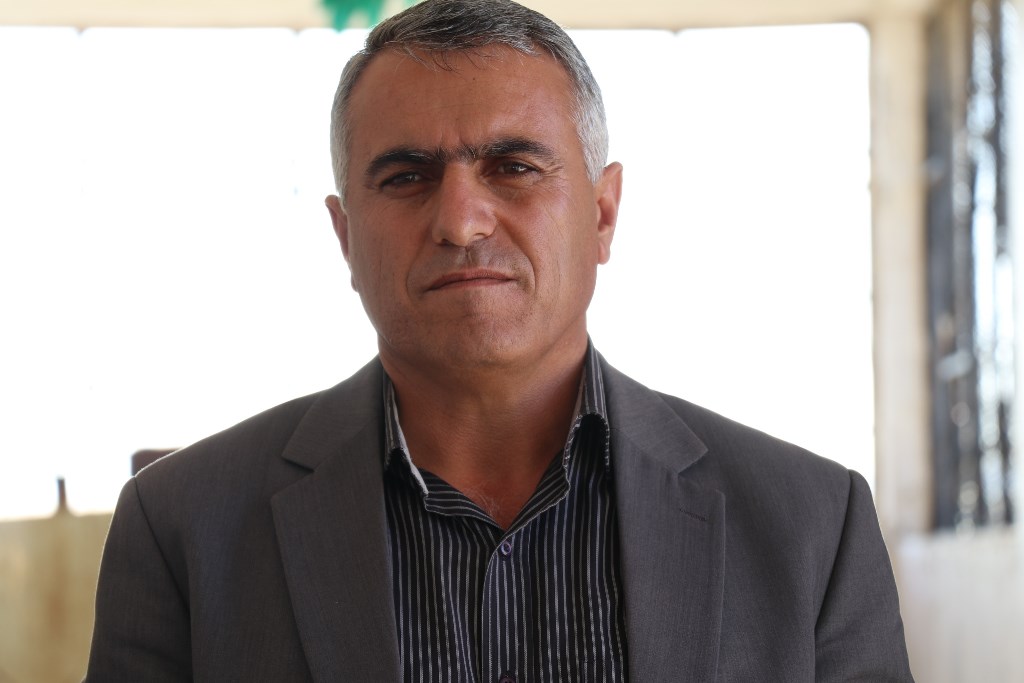 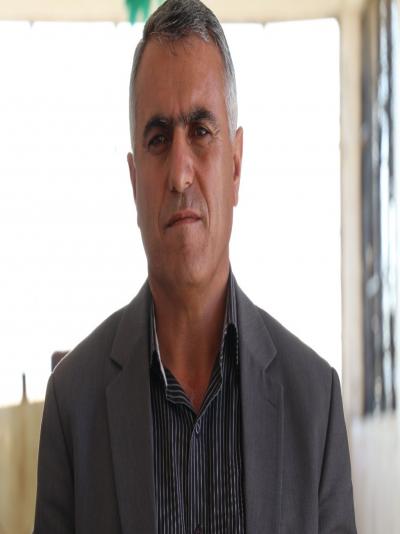 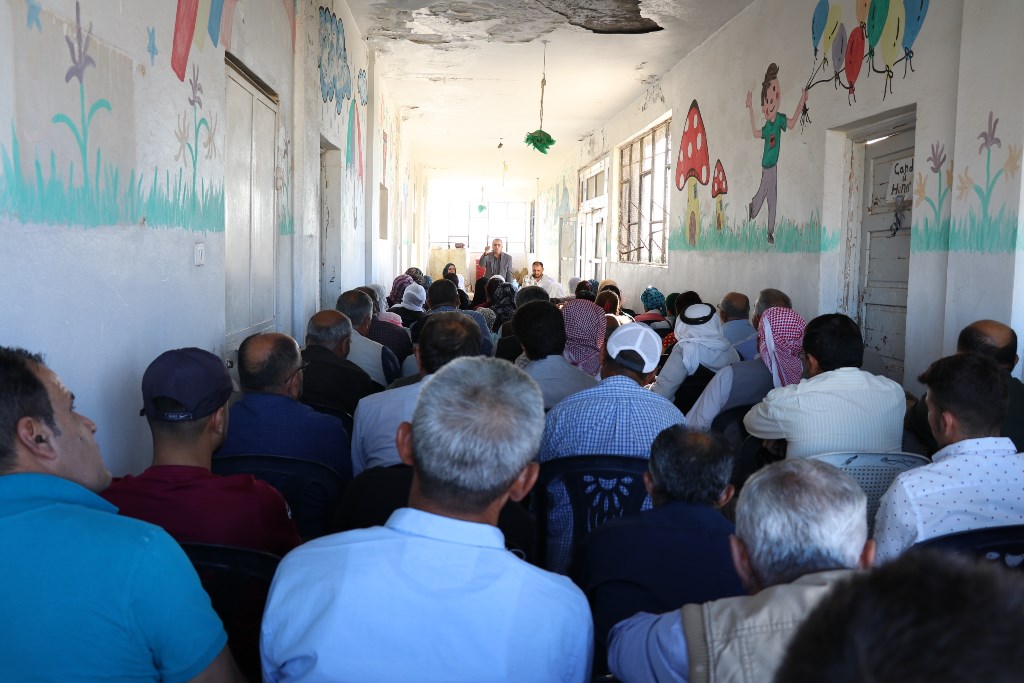 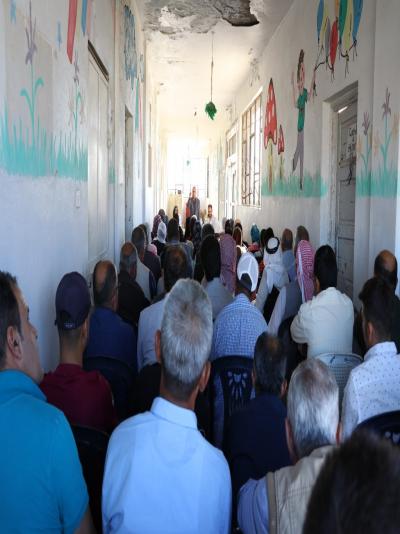 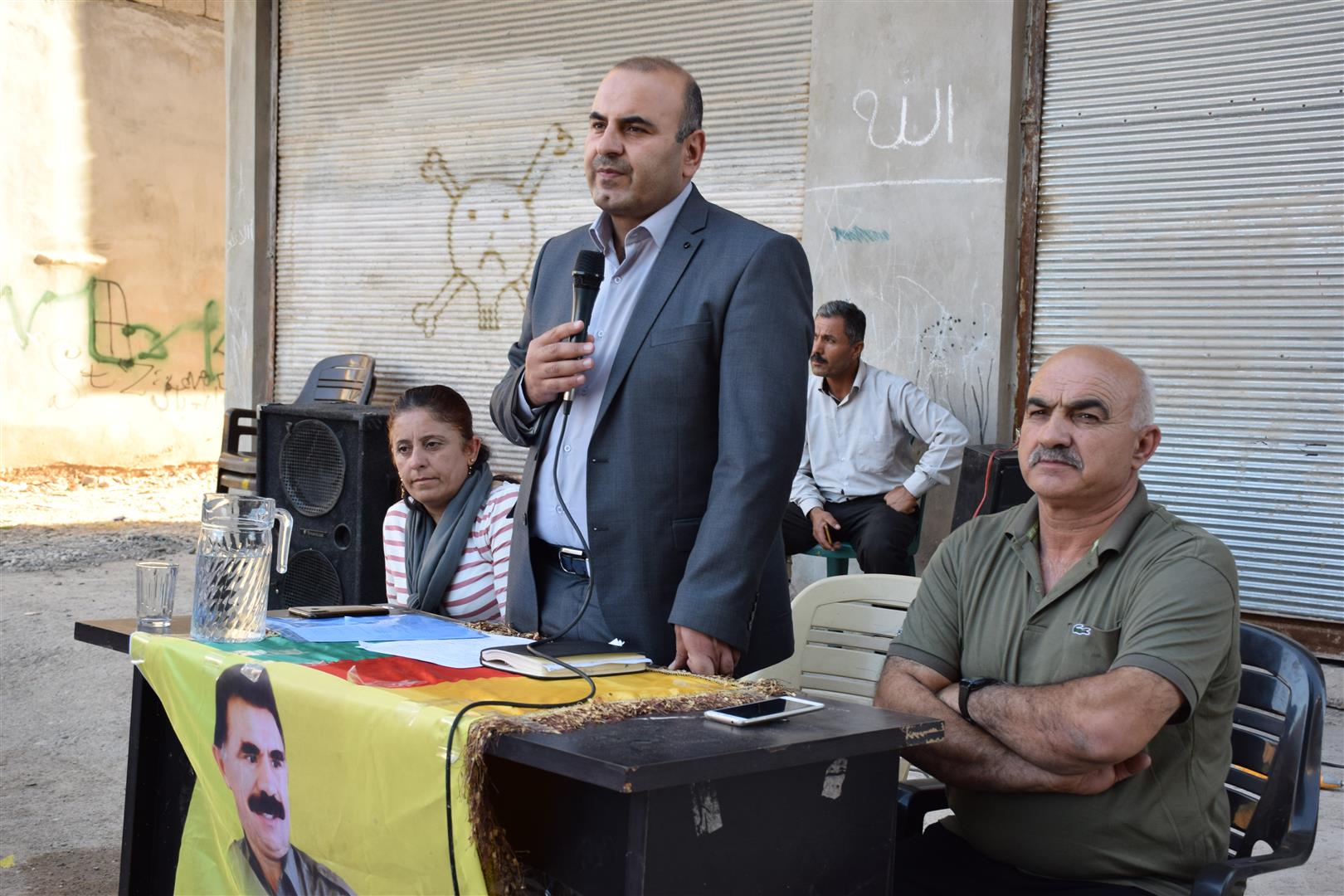 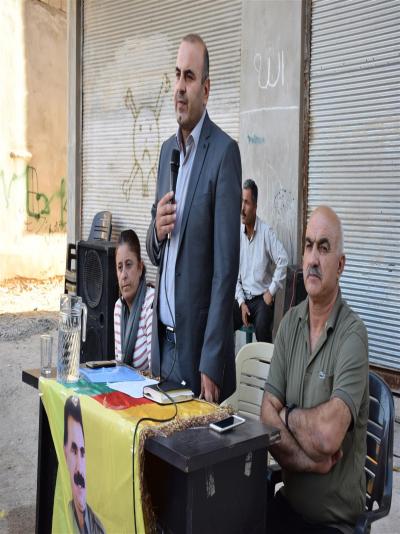 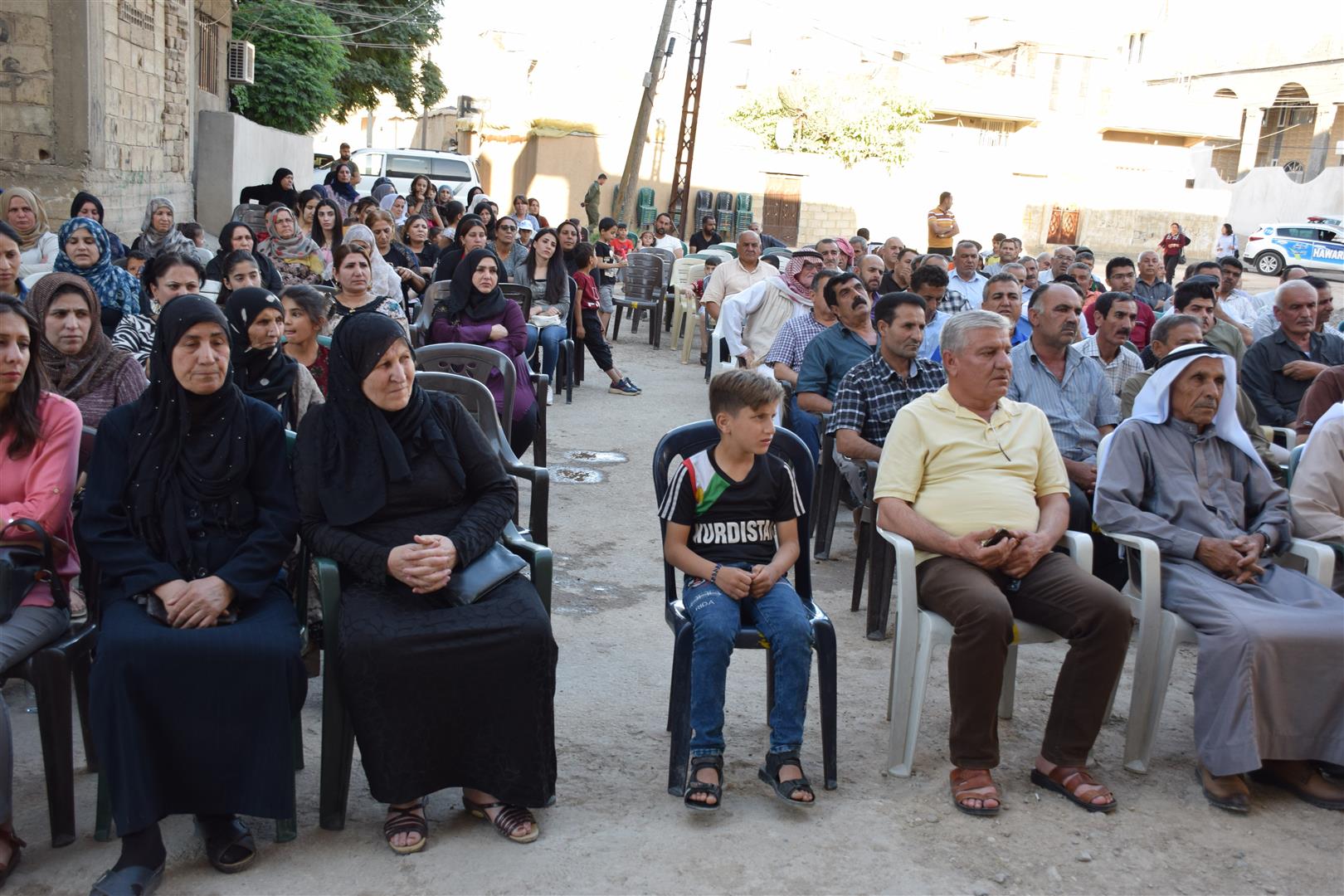 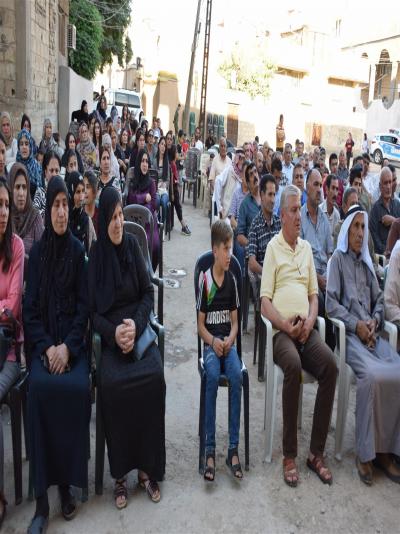 The people of Tirbê Spiyê district recalled the martyrs of July 14th Resistance in the Tur...

Hamzat mercenaries imposed a siege on the people of the village of Ferreiriya, in the distri...
Old Website