The Turkish occupation forces continued the process of withdrawing from besieged points in the countryside of Idlib, Hama and Aleppo, and the Syrian Observatory for Human Rights monitored the departure of dozens of trucks from the Turkish points and heading to the areas of mercenary groups.

Following the Russian-Turkish-Iranian understandings under the cover of the Astana Agreement, 29 observation points were established over 12 Turkish points within the mercenary areas, 10 Russian and 7 Iranian points within the areas of the Syrian government forces.

Following the Syrian government forces control supported by Russian in late 2019 on large areas in the countryside of Aleppo, Hama and Idlib, many Turkish points in those areas were besieged by government forces, the most prominent of them: Tal Touqan, Sarman, Jabal Anadan, and Al-Rashideen Tal Al-Eis, Tal Al-Sawan, east of Morek, and Ma'ar Hatat, and points in the vicinity of Saraqib.

Over the past period, Turkish President Recep Tayyip Erdogan and his officials demanded in a threatening tone the Syrian government forces withdraw far away from the points, but the opposite happened, as the Turkish occupation forces began to withdraw from those points.

These withdrawals coincided with the intensification of the Turkish occupation’s attacks on the Ain Issa region in northeast Syria.

This was followed by Russia's sponsorship of an agreement between Ankara-backed Azerbaijan, and Moscow-backed Armenia, on the conflict in Karabakh, which was described as a surrender by Armenia.

All these interlinked events raise important questions about a Russian-Turkish new deal, which made Syria, Libya, and Karabakh one bargaining field, in addition to deal limits, and if it will end with a barter between Idlib and Karabakh?

Why did the Turkish occupation withdraw from its points? 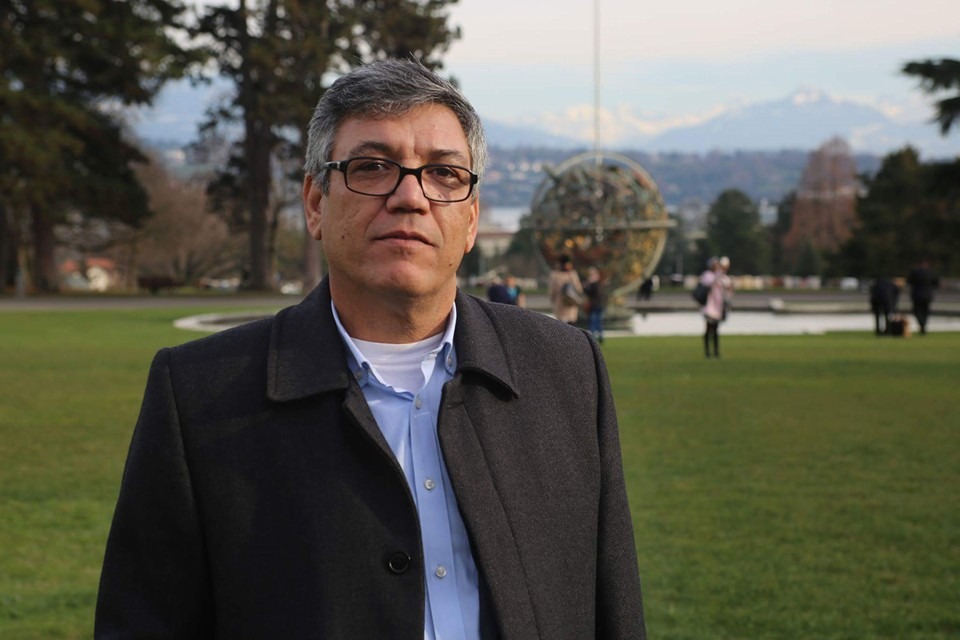 On the reasons for the Turkish withdrawal, Jiwan Yousif, a Kurdish political analyst said: “Turkey’s withdrawal of its forces from the“ De-escalation ”points does feature a new phase, but rather it comes in the context of the Russian-Turkish understanding on the fifth of last March, which was mainly based on the Sochi agreements, according Turkey was enforced to dismantle the Russian-designated terrorist organizations, which are basically the base of the Sochi Agreement, but in practice it did not fulfill its obligations. Therefore, the regime forces, supported by Russia, launched a large-scale attack on the De-escalation zones and seized the M5 line last February.

"Turkey withdrew from Morek and some other points for two factors: The first is political, as I mentioned, related to the understanding of last March, and it may be added to another trade-off related to Karabakh or M4, although it is the weakest possibility."

According to Yousif, "The second military factor is related to the redeployment of Turkish forces and removing besieged observation points by Assad's forces, putting their supply lines at the mercy of the regime and Russia, and this may explain Turkey's mobilization in southern Idlib."

In turn, a Syrian journalist and political analyst, Malik al-Hafez, said, “Ankara has invested in the file of observation points in return for a Russian expansion in the northwest. There is even the possibility of similar scenarios in the SDF-controlled northeast through understanding with Turkey, in exchange for a limited area for America that can be expanded depending primarily on the new US administration approach towards Russian-Turkish insignificance in Syria.

Has a deal been made?

Commenting about the possibility of a deal between the two parties, Al-Hafiz said: “The common files between the Russian and Turkish sides are separated. Despite that, these files do not have major disagreements about them. Rather, Russia has even closed the door to the Azerbaijani-Armenian crisis as Turkey desires, even temporarily, which means that the two parties are harmonious within the rules of political and military movements calculated by both. "

He added, "The political deal is already happening as soon as the Turkish withdraw from some observation points. Withdrawal at this time is not for preventing new military action in the northwest. Rather, it is a Turkey's political card to Russia after many delays and promises."

Do the limits of the deal end in Karabakh?

On the link between Idlib developments and the Armenian-Azerbaijani agreement, analyst Yousif said: “It is clear from the agreement imposed on Armenia by Russia that the Syrian file is the purpose. But I do not think that it is related to north and east Syria, and I rule out that the file will move militarily except with regard to leaving it as a region of distraction and wasting time for groups affiliated with Turkey. "

For his part, Malik Al-Hafez said: “There is a difference in the dealings between the Karabakh file and the Syrian file on both sides. I do not see that the voice of the guns in Karabakh was heard in Syria, linking it to Syria file carries illogical consequences. Karabakh cannot be exchanged by Syria. The region case is completely different from Syrian situation.

He added: "If Syria development lately are related to the Karabakh crisis, then this means that Russia's loss is great and nothing in Syria can compensate for it. I think that Karabakh is greater than the understandings over Syria. The two sides calculations are different."

What is the relationship of the escalation in Ain Issa with the withdrawal from Idlib? 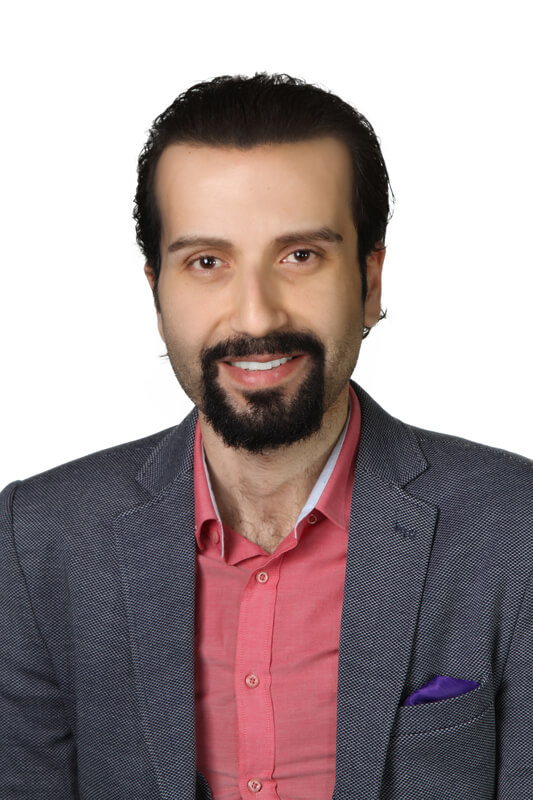 Al-Hafez believed that the Turkish escalation in Ain Issa is directly linked with the withdrawal from the De-escalation zone, saying: “There is a link between the two regions. Turkey wants to control the areas along the M4 international road in Al-Hasaka to secure a border strip from Manbij that runs farther beyond Ain Issa. "

He added: "The recent military moves against the Ain Issa region will lead to further escalatory developments that will be wider in the vicinity of the so-called" Peace Spring ", and to form areas controlled by the new (Peace Spring) scenario.

Al-Hafiz believes that, "This cannot take place without Russian-Turkish understandings and strategies. Russia does not see any harm in a limited, agreed-upon Turkish progress, in return for a wide Russian access on the international Aleppo-Latakia road and extending to the Jabal Al-Zawiya area in the north." Western from Syria. "

Political analyst, Yousif had another opinion, saying: "It is natural for Turkey to distract the" National Army "forces with side battles instead of fighting the regime.

He explained that, "Turkey's withdrawal from the advanced point of Morek made many sectors question the Turkish intentions, and that is why the" National Army ", in the end, moved a group of mercenaries towards Ain Issa and Manbij for two reasons: first, to cover up the Russian bombing of Ahrar al-Sham bases and its withdrawal from Morek.

Russian-Turkish understandings where to?

On the Russian-Turkish relationship, Malik Al-Hafez said: "I do not see that there are real differences between the Russians and the Turks. I think that the differences are for media consumption. What will happen in subsequent field developments agreed upon."

In turn, he saw that "the Russian-Turkish relationship is not a strategic relationship. It resulted on the ground of the Turkish-European and Turkish-American dispute over the Syrian file, and therefore it will ebb and flow according to political transformations, until now, I think that it is not proceeding in monotony despite one of the deep differences between them, whether in Syria, Libya, or in Karabakh, which are closely related files.

What will the new US administration change?

On the impact of the American administration on understandings, Malik Al-Hafez said, "These (Russian-Turkish) understandings will deepen if the new American administration takes upon itself to confront Russia and Turkey in exchange for a rapprochement with the Europeans. This is as a preliminary view of the potential democratic approach of the Biden administration, but especially "I do not think that the understandings will be negatively affected in terms of bilateral relations, which could be undermined by any real rapprochement with the Russians by the Europeans in return for negative relations between Washington and Ankara, in parallel with Biden's support for the Autonomous Administration and easing the grip on the Iranians."

Yousif thinks that "the Russian-Turkish understandings are not strategic and they can be compared to the level of European-Turkish and American-Turkish differences, and I think that the new administration will work to break this connection or at least work to curb the Turkish reign in the eastern Mediterranean and Syria in particular, and then it will have no choice but to return to the Americans, since Syria, after the US sanctions, and reconstruction is linked to Resolution 2254, which is no longer attractive to Turkey as before.

He added: "We have three months waiting for the formation of the new US administration, a stage that will be difficult for northeastern Syria from a new likely Turkish recklessness operation, it will be by moving mercenary groups, and if I exclude it, fear remains, and then it will be an important stage in the history the Syrian crisis, which is America's return to the Syrian file this time, politically and not militarily, which means that America will work diligently for a political solution based on Resolution 2254, and thus it is assumed that Turkey will be pressured for its military withdrawal from the areas it has occupied because there will be no political solution without withdrawal Turkish from those regions. "

Idlib and northeast Syria, to where?

The journalist and political analyst Malik Al-Hafez tried to extrapolate the future of events according to his vision, saying: “In Idlib, tangible changes are necessary, which are to limit and liquidate the terrorist influence of the forces classified on the lists of terrorism there, in exchange for drawing a new form of the powers of influence, meaning a change of skin for HTS (also classified on terrorist lists) and mixing them with (opposition factions) supported by Ankara, in return for the presence of new Russian control in areas of southern Idlib and the northern countryside of Latakia, and the approaching control of the Bab al-Hawa crossing area.

As for north-eastern Syria, Al-Hafez believes that "the situation is related to the US administration’s policy regarding dealing with the SDF and the Autonomous Administration, as well as the confrontation with Iranian influence there, and whether there is a consensus with Russia, or relations between Washington and Moscow worsen, this means a rapprochement of the SDF with Washington," and the conclusion of new Russian-Turkish arrangements has complicated the scene in northeastern Syria, and the Syrian file in general. "

In his turn, the political commentator, Yousif, believes that "the future of northeastern Syria is definitely linked to a political solution in Syria, but it is also linked to the Kurdish-Kurdish agreement, and this is very important, and to the extent to which the components of the region agree on the shape of this region.

Special sources revealed to ANHA that the fifth round of the of the so-called Constitutional...

​​​​​​​The Secretary-General of the Syrian Kurdish Democratic Party said that ...

Farouk Al-Mashi: Turkey has brought nothing but misfortune to Syrian people

The co-chair of the Social Affairs and Labor Authority in the Autonomous Administration of N...
Old Website