On the day of Mawlid al-Nabi al-Sharif (the Prophet Muhammad's birthday), the forcibly displaced from Serêkaniyê assured that the Turkish occupation and its mercenaries had nothing to do with the Islamic religion. A refugee said, “Erdogan forced us to displace and killed my family’s members and we are Muslims. All the world must know that Erdogan’s aim is to occupy our land, eliminate us and change the demography of the area, and he is daily killing hundreds of Muslims."

Since 31 days, the Turkish occupation and its mercenaries of ISIS and Jabhet al-Nusra have been launching attacks on NE Syria, to occupy its territory, displace its people, and work on the demographic change in the region.

More than 300,000 civilians have been forcibly displaced to safe areas because of the actions of the Turkish state and its mercenaries of Jabhet al-Nusra and ISIS.

Sheikha Omer, in the seventh decade of age, and a refugee from Serêkaniyê made clear, "Erdogan and his mercenaries have nothing to do with the Islamic religion, he is launching attacks on our territory and killing thousands of Muslims under the pretext of Islam."

Sheikha added, "Today marks the birthday of the Prophet, and the Turkish occupation army and its mercenaries are still looting our property and killing our people."

Sheikha continued, “Erdogan has displaced thousands of civilians, he is not fighting the SDF, but all civilians of the various components in northern and eastern Syria."

Sheikha said, carrying her month-old granddaughter, "What is the guilt of children to suffer because of Erdogan and his ambitions to occupy our land?" and she, like thousands of refugees, wished to return to her home.

Naeema Bakr Budha, a displaced with her family to the shelter schools said, “Since 31 days, the Turkish occupation state and its mercenaries have been killing and displacing our people, and I want to tell the whole world that Erdogan is not a Muslim, that he is invoking the Islamic religion and terrorism.”

She added, "Erdogan forced us to displace and killed my family’s members as Muslims, so that all the world must know that Erdogan’s goal is to occupy our land, exterminate us and change the demography of the region." 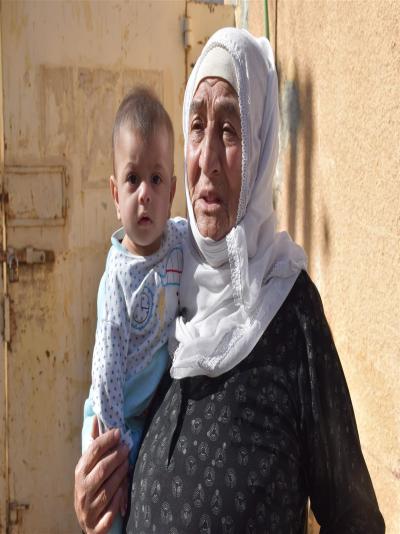 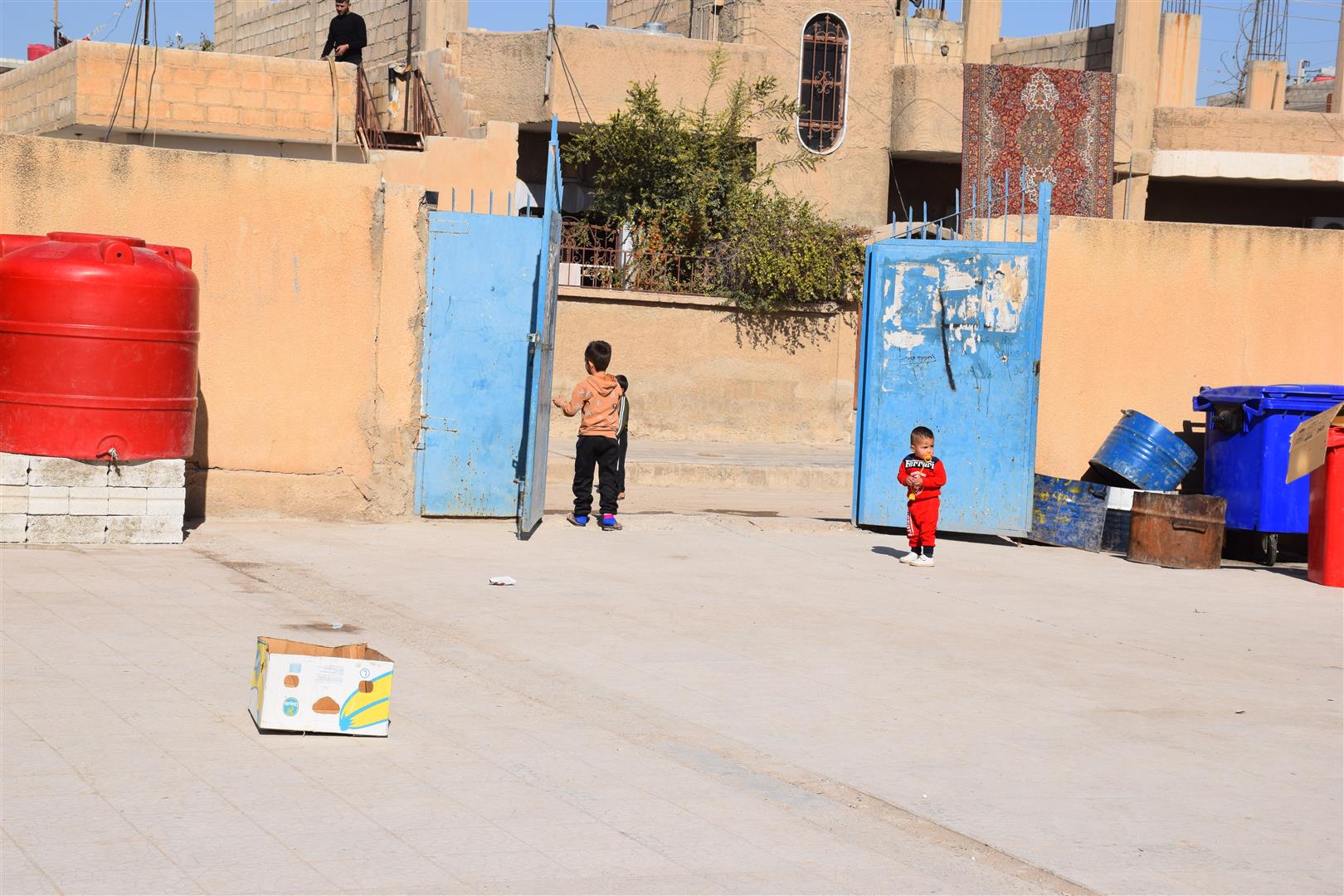 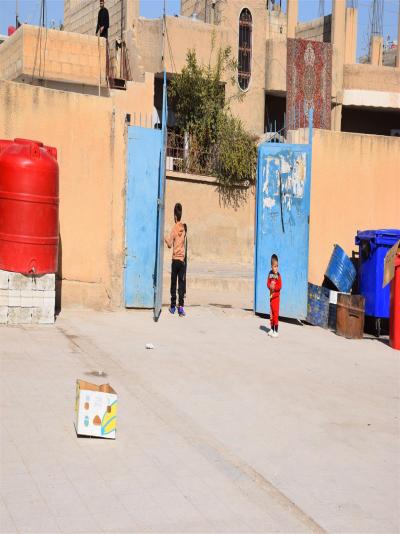 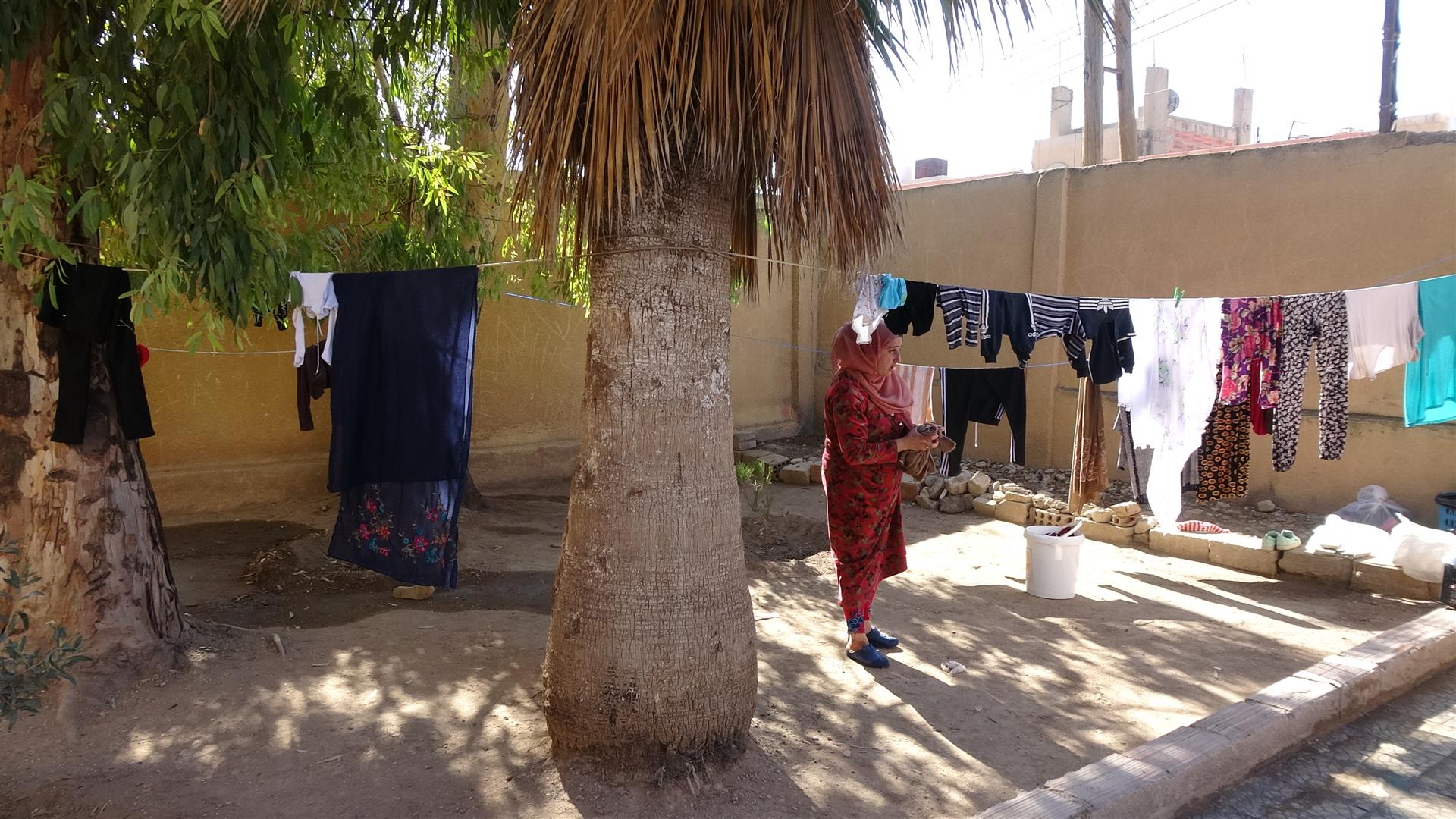 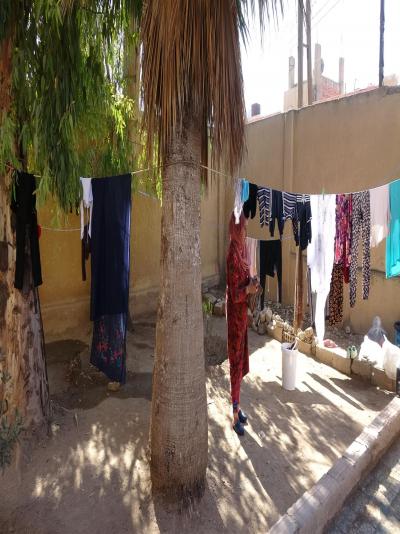