In protest against the visit of Turkish President Erdogan to Washington, and rejecting any agreement aimed at the presence and will of the components of northeastern Syria, today hundreds of people in the city of Qamishlo went out in a demonstration, calling on the United Nations and countries calling for human rights to stand against the Turkish aggression, which is committing daily crimes against the people of the region.

The demonstration in which hundreds of Qamishlo residents and representatives of political, social, cultural and religious organizations took part in the International Martyrs Roundabout in Maysaloun neighborhood in the eastern side of Qamishlo towards the city center, holding up pictures of the martyrs and the flags of the Syrian Democratic Forces that are facing the Turkish occupation attacks on northern and eastern Syria now.

We will resist any agreement aimed at our existence, identity and dignity

The demonstrators also carried placards reading: "The blood of our martyrs and the cries of our children will hold you accountable," "We are the owners of the land and Erdogan is an occupier and must be prosecuted", "We will resist any agreement aimed at our existence, identity and dignity", and wooden placards reading "Kurds are peace advocates, not war," and "SDF represents us," SDF is our will "and" No to the Turkish occupation."

"We will not leave Rojava until the last drop of blood," the demonstrators said.

The demonstrators stopped in the center of the city, and there an administrator in the district council of Qamishlo Abdul Karim Abdul Rahim denounced the attacks of the Turkish occupation army and its mercenaries on the north and east of Syria, and said: "We will not accept any agreement beyond our control, we are the people of north and east of Syria, especially in the meeting Erdogan and Trump in Washington tomorrow. "

Abdul Karim Abdul Rahim called on international countries and human rights organizations to stand up to the abuses and massacres of the Turkish occupation army and its mercenaries who have been attacking the north and east of Syria since October 9, which caused the migration of thousands of indigenous people from their homes.

On behalf of Kongra Star in Qamishlo city, Ghalia Najjar delivered a speech that made it clear that the people of northern and eastern Syria struggled and continued in their struggle for freedom and dignity and no one can break their free will.

Ghalia Najjar also condemned the attack on the city of Qamishlo on Monday, October 11, and said: "The perpetrators of the attack aim to spread the panic among the components of the region sticking to their land, and these attacks will not break our will." 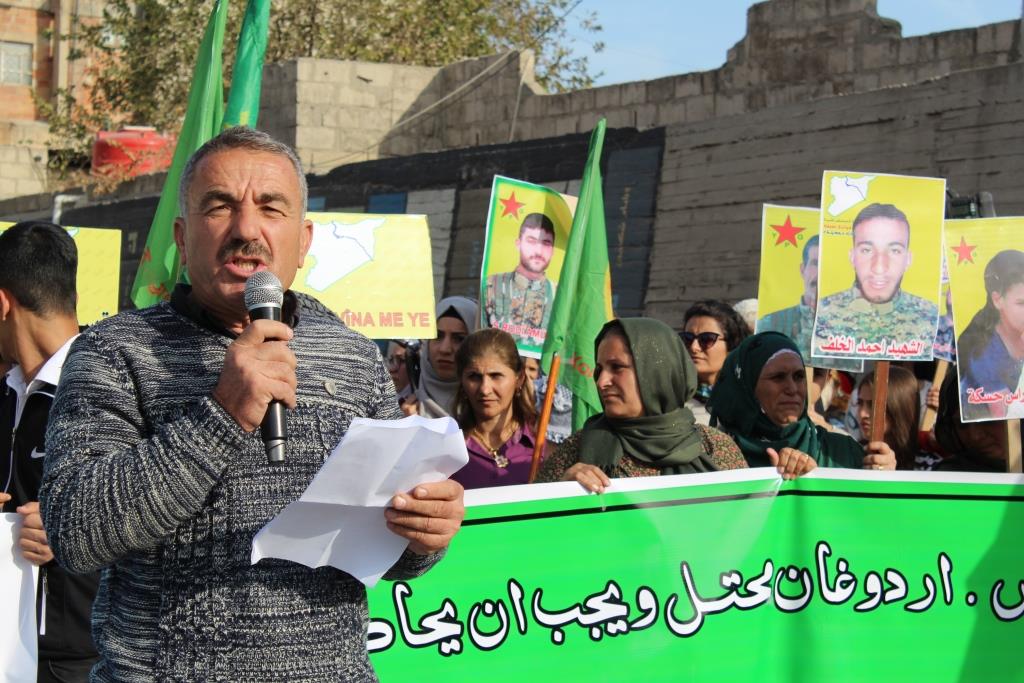 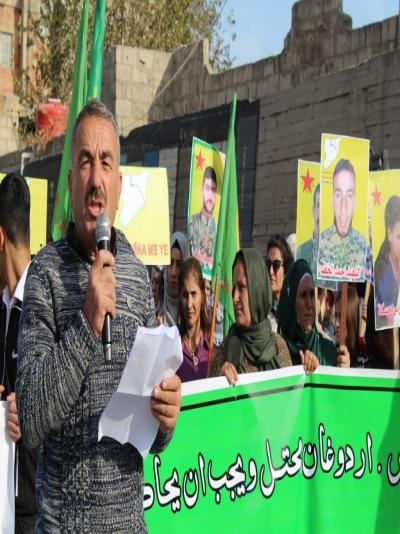 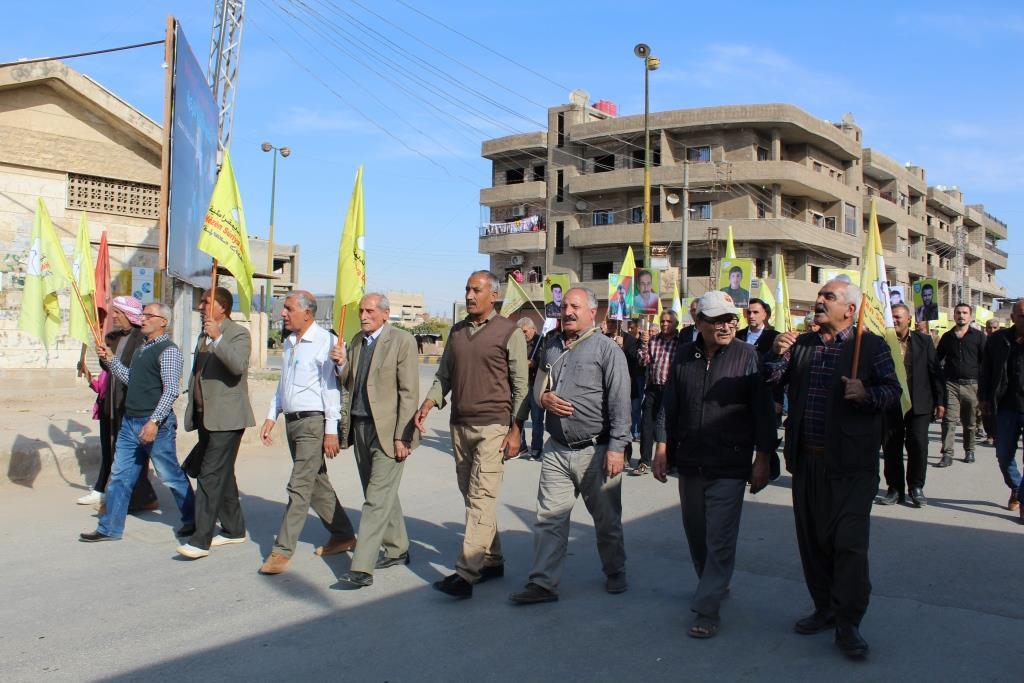 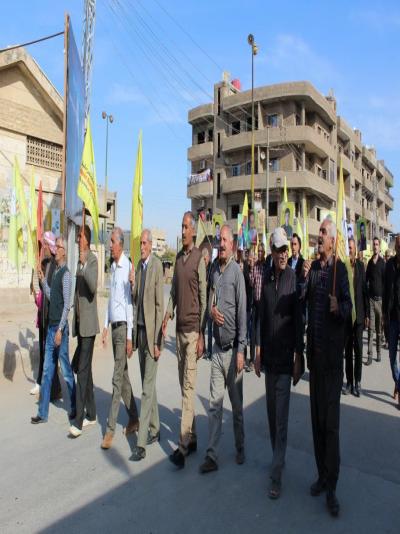 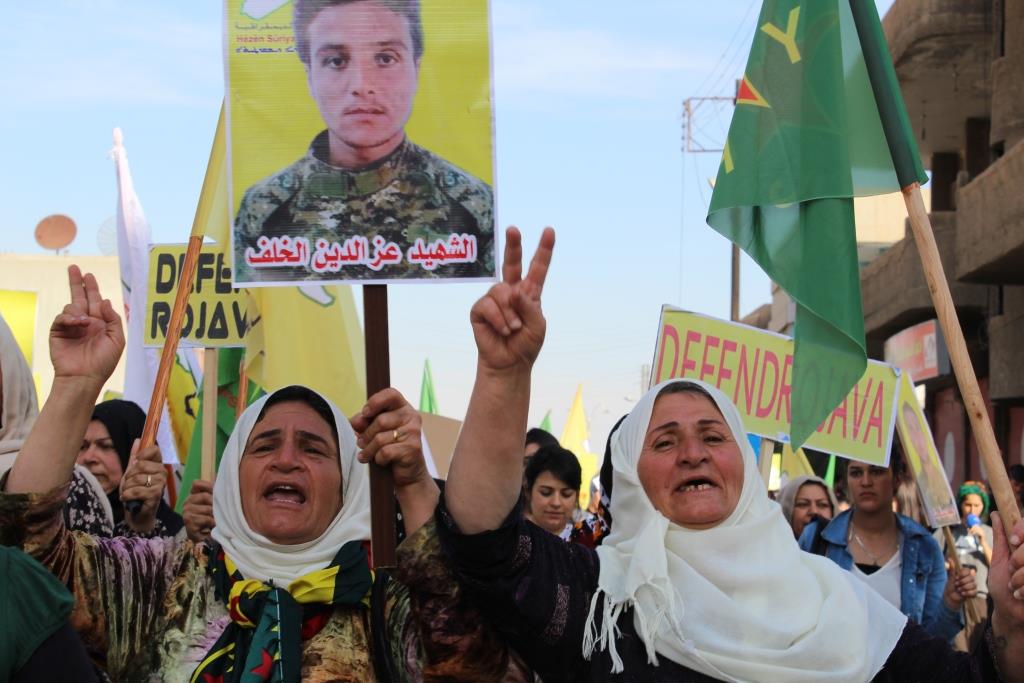 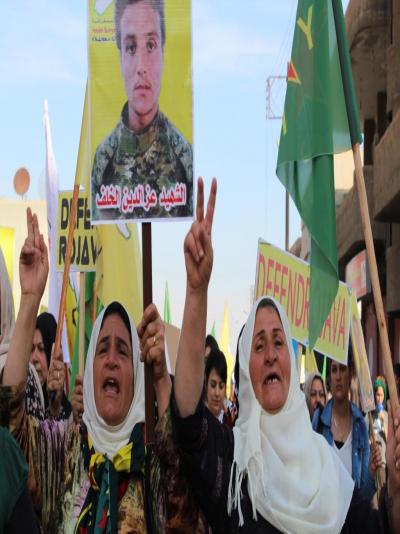 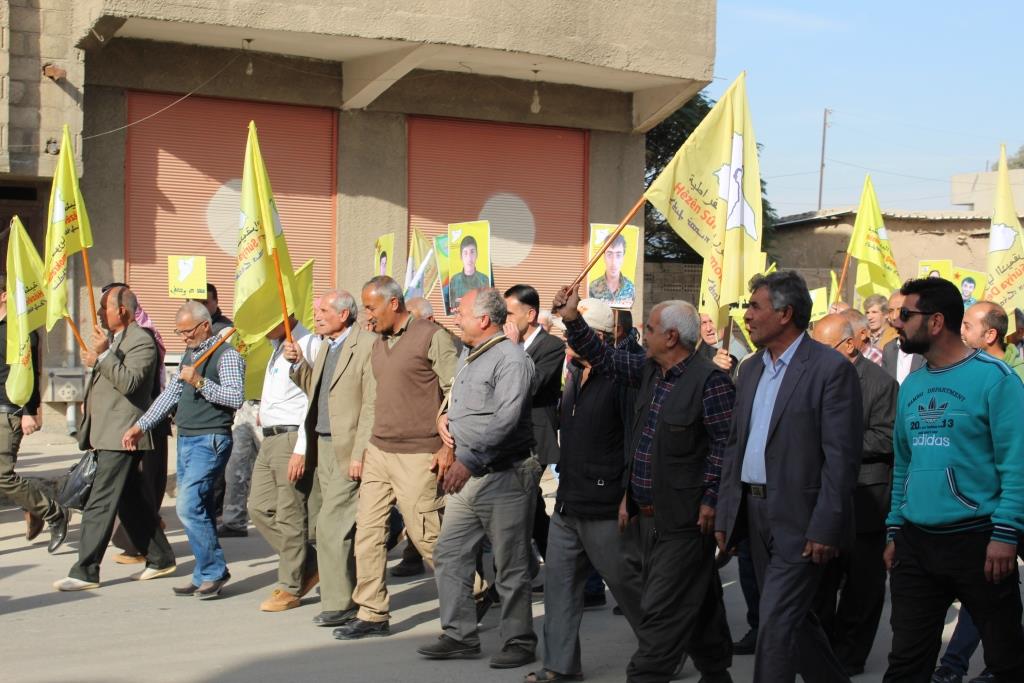 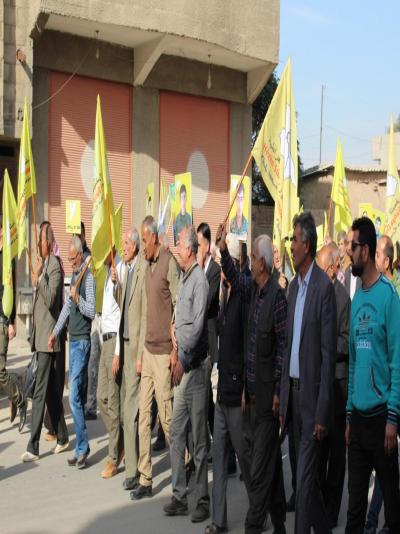 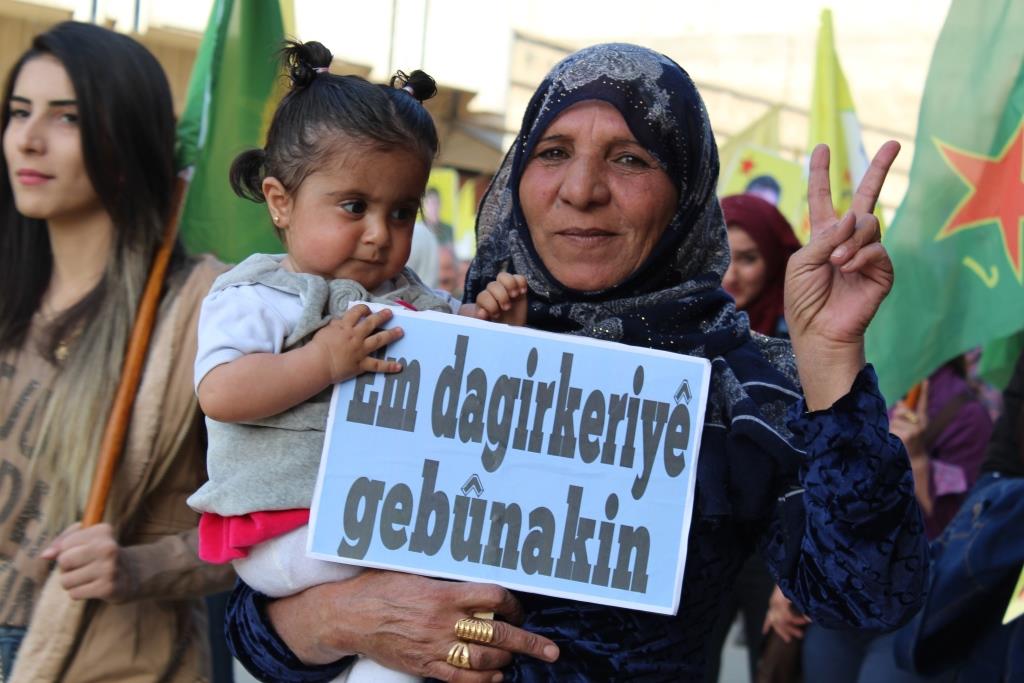 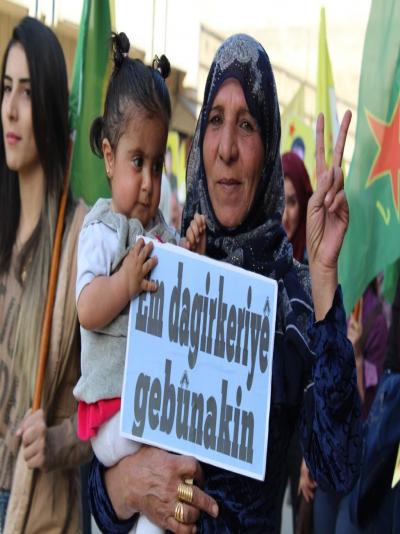 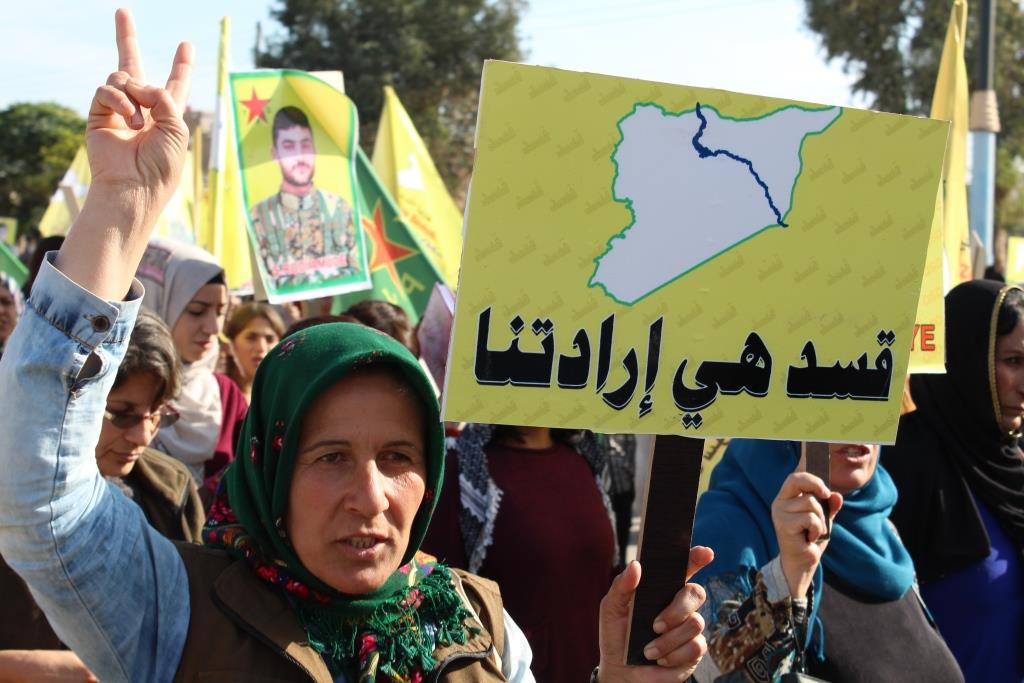 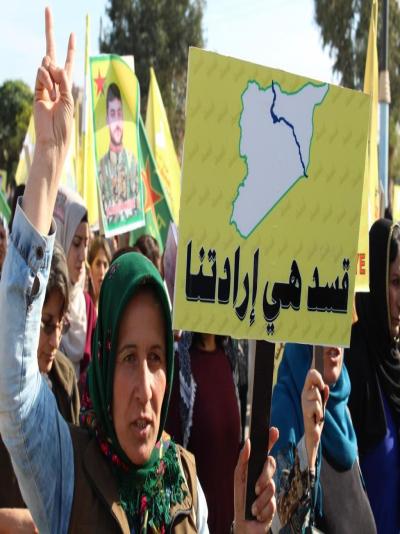 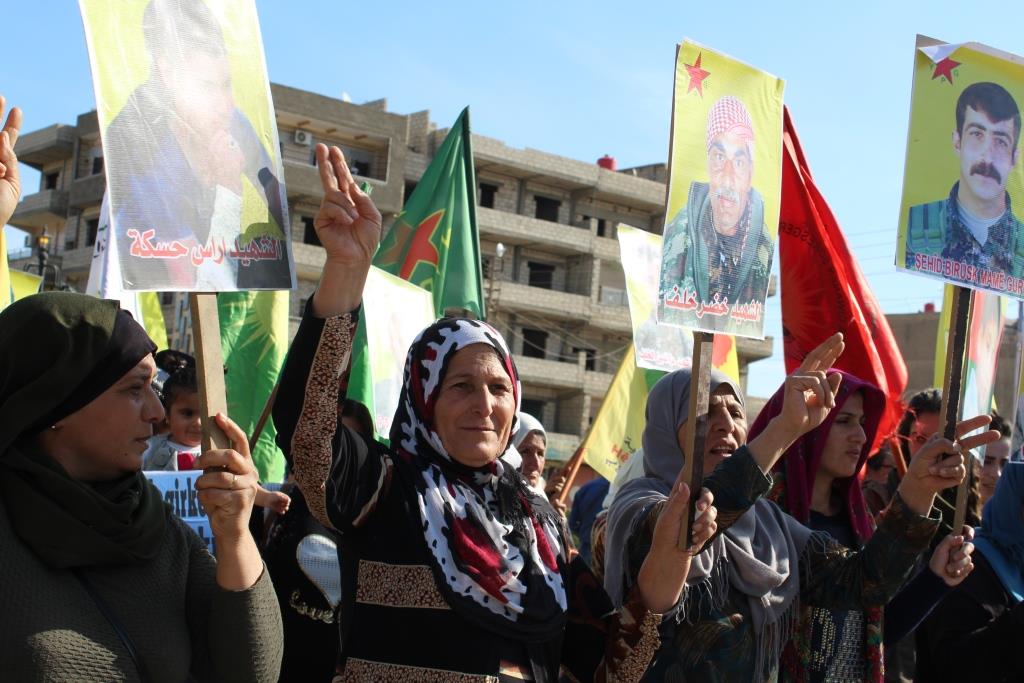 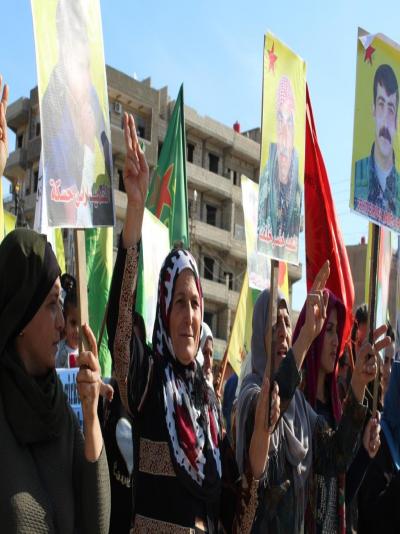 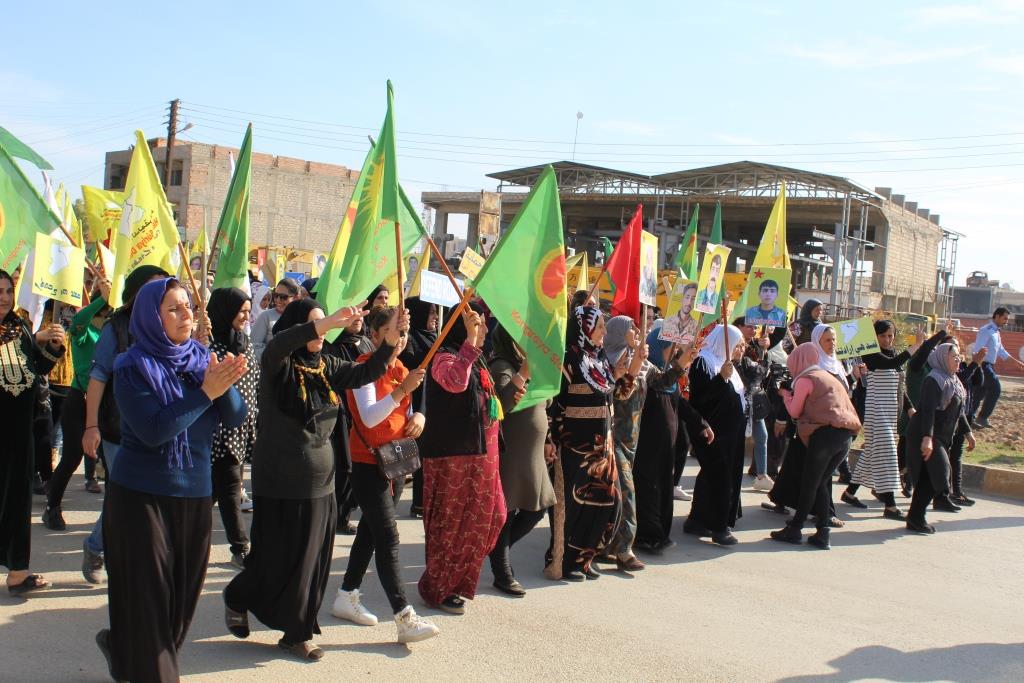 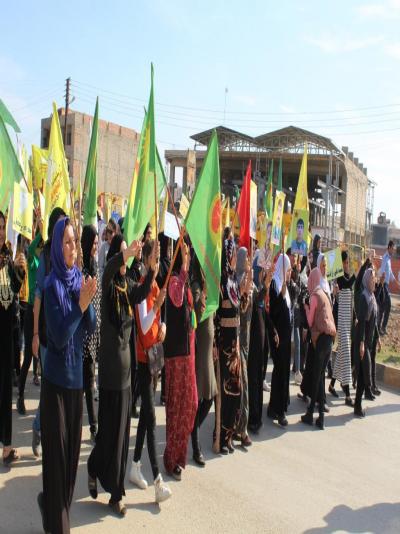 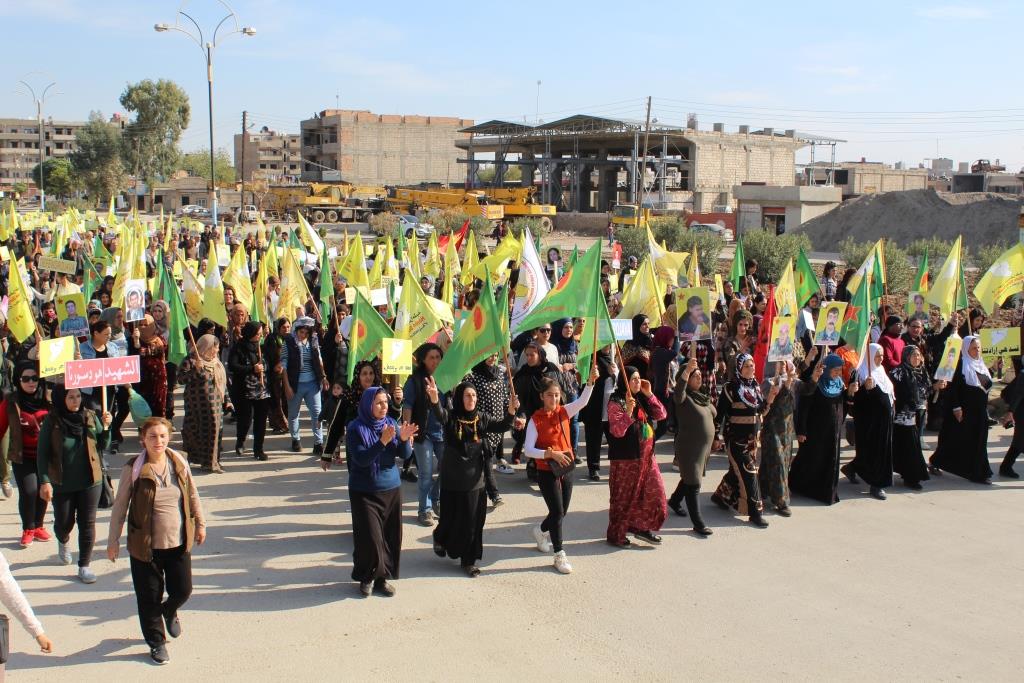 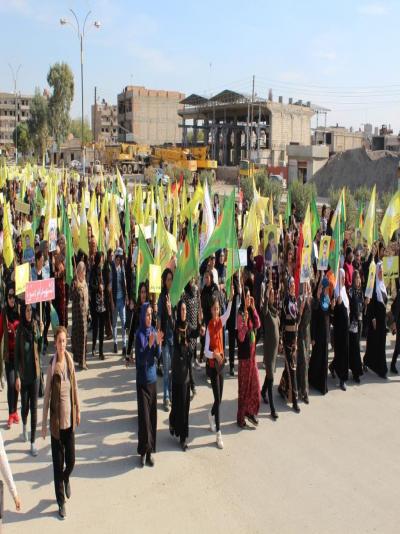 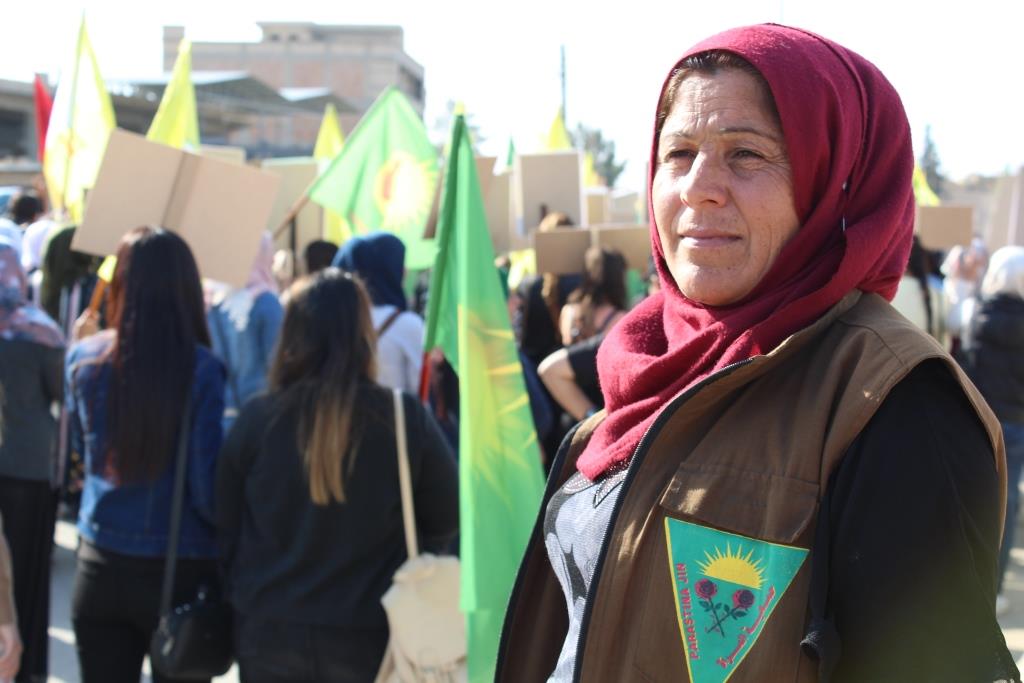 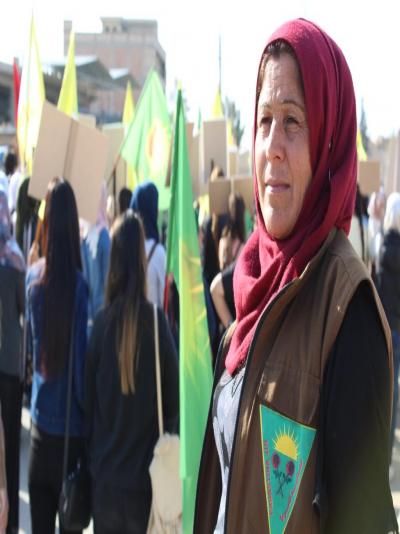 ​​​​​​​World caught in crossfire of ISIS .. Who stands to benefit