The Russian President, Vladimir Putin and Turkish President, Recep Tayyip Erdogan meeting on Thursday evening resulted in a new agreement in Idlib that includes steps that begin with a ceasefire in northwestern Syria from Thursday night to Friday, and is awaiting field implementation.

Putin and Erdogan held marathon meetings in Moscow, including a "face-to-face" meeting and extensive talks.

The meeting came after three rounds of talks at the expert level failed to agree on the escalation in Idlib.

The escalation in Idlib has led to diplomatic tension between Moscow, an ally of the Syrian regime, and Ankara, which supports mercenaries in Syria, raising fears of a direct confrontation between the two countries, where more than 34 Turkish soldiers were killed by regime forces.

These developments come after the escalation nearly torpedoed the 2018 Sochi agreement aimed at halting fighting in that area and establishing a demilitarized zone.

The escalation also resulted in an exchange of accusations between Moscow and Ankara, which have strengthened their cooperation in recent years on the Syrian issue, despite their conflicts of interest.

The two sides have shown their acceptance of a freeze in military actions and the cessation of hostilities, which means in other words that "Operation  of Spring Shield" has been emptied of its content, and failed to achieve any of its objectives, on the contrary this agreement showed the Turkish retreat. Perhaps we can call it Turkish defeat."

"The Syrian army has also managed to maintain its gains on the territory it has captured and has an area of about 600 square kilometers, the most important of which is the strategic city of Saraqeb.

But it was very interesting that the M5 international road linking Damascus was overlooked and that joint Russian-Turkish patrols would include the M4 road linking Aleppo to Latakia, which means that the M5 will remain under the full control of the Syrian army, and without any security role either for Turkey or for the armed factions, This is a major victory for the Syrian state politically and economically, but the safe passage in the Idlib region means allowing Syrian civilians to leave the city and resort to areas of the Syrian army control, which will allow the siege of armed groups and leave the process of their liquidation on the Syrian side ".

"Diplomatic sentences to save Erdogan's face"

"The Turkish side had no choice but to bow to Russian demands,  recognize that Idlib must return to Syrian sovereignty, and accept some diplomatic sentences that save a little face for Erdogan.  It will give him the opportunity to take the time to solve his problems," she said. "The interior that has turned into a threat could topple him as President of Turkey, as well as the search for a solution to the refugee problem with the European Union, which is preparing itself to respond to Erdogan and make strong slaps to stop him from his ongoing excesses."

"The renunciation of Idlib will open up the possibility of negotiating with the northeastern region of Syria," al-Hayali said.

. "This meeting could ease the escalation by creating agreements and temporary mechanisms that are declared or unannounced, but fundamental differences will remain outstanding and present, which threatens the implementation of any agreements, whether secret or public," the researcher in political science and international relations concluded. 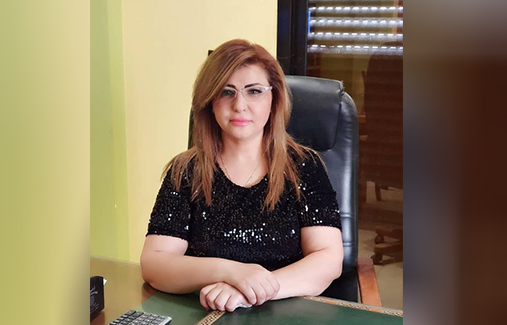 ​​​​​​​The dilemma of Idlib escalates as the violations rate of the ceasefire ...

The politician, Mohammed Hussein pointed out that the project of the democratic nation and O...
Old Website