To protest the international silence about the Turkish state's violations practiced against the civilians in northern and eastern Syria and its targeting of women, the Kongra Star in al-Hasakah canton organized a protest in front of the headquarter of the International Coalition Forces in al-Hasakah city.

The protesters carried banners with "We do not die, the martyrdom is life for us," "Your martyrdom increases our insistence on continuing the struggle to achieve women's freedom" written on, held pictures of the martyrs who were martyred in the village of Helinj in Kobane city, and raised the flags of the Kongra Star.

After the protest that lasted for about an hour, the members of the Kongra Star formed a delegation of 6 people to present their demands, find a solution to stop the violations committed by the Turkish occupation and its targeting of women, and submitted a petition to the International Coalition.

After submitting the petition, the Member of the Kongra Star in al-Hasakah canton, Avin Basho, delivered a statement in which she said: "One crime after another committed by the fascist Turkish regime against our people rising up for their freedom and ensuring their existence. On the 23rd of June 2020, three civilian women were assassinated; the mother Amina Wessi and the two members of the Kongra Star Zahra Berkel and Heboun Mulla Khalil in Helinj village of Kobane city by the Turkish army. Zahra and Heboun were activists in the field of women's rights whose main goal was to build a free and democratic society in which justice and equality prevailed, and they made great sacrifices for women in light of the revolution.

She indicated: "Any project that is based on women's freedom and carries with it their awareness and organization is considered by the authoritarian force as a threat to its existence." The statement said: "The administration formed in northern and eastern Syria adopted these goals, and was and continues to be subjected to barbaric attacks by the Turkish state and its mercenaries which targeted leading women in the Women Movement, especially the likes of the Secretary-General of the Future Syria Party, Hevrin Khalaf, to break the will of women and hit their organizational work.

We, the Kongra Star, call on the International Coalition to be loyal to the peoples and sects of northern and eastern Syria, and to comply with the principles of the agreement signed in October 2019 between the United States and Turkey.

In addition, Avin Basho spoke in her statement about the details of the assassination of Heling village's women, and all the violations practiced against women in Syria by Turkey and its mercenaries. The Member of the Kongra Star Coordination, Avin Basho, called on all women, movements and humanitarian organizations to stand against the perpetrators and partners of the massacres that target the future of women. 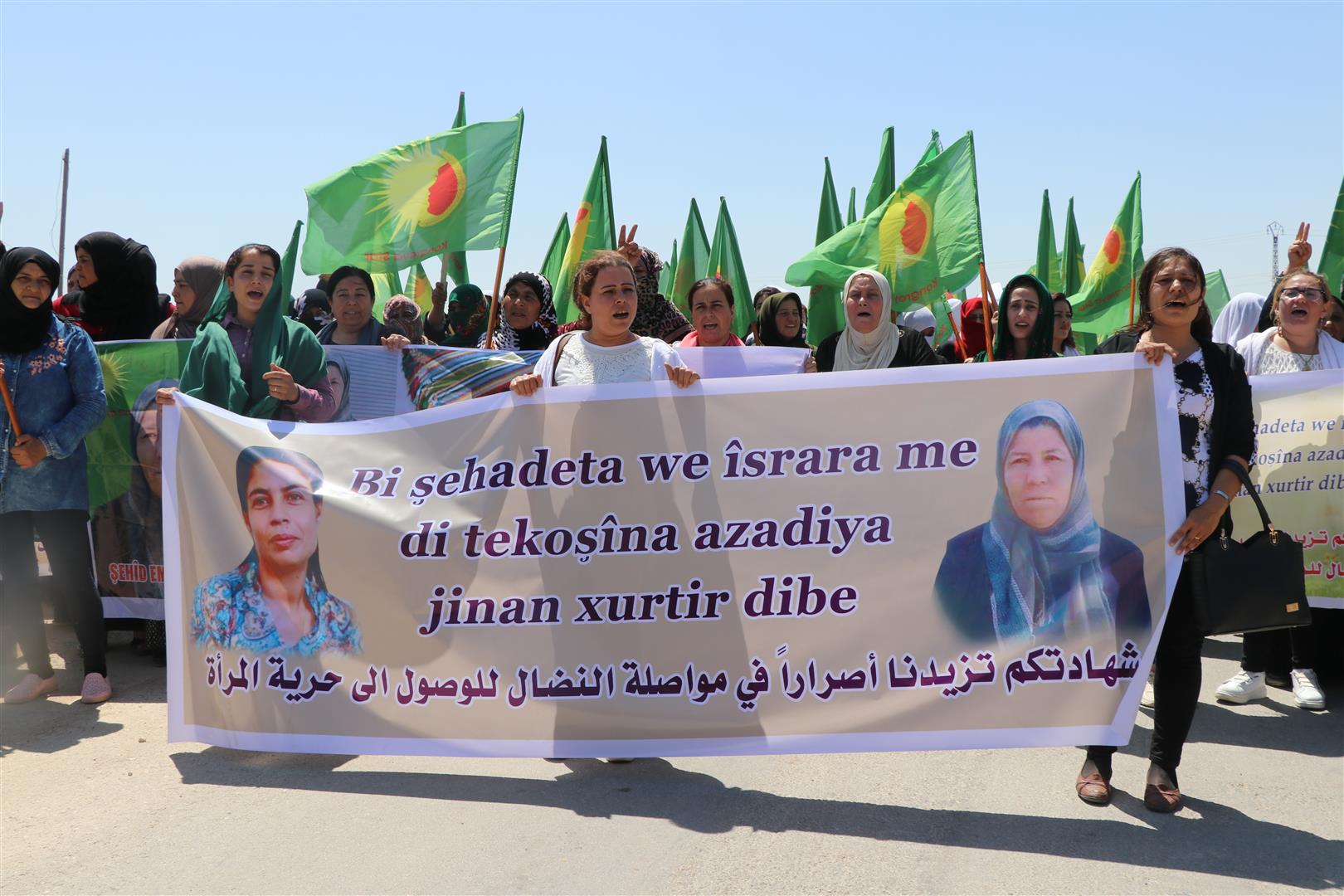 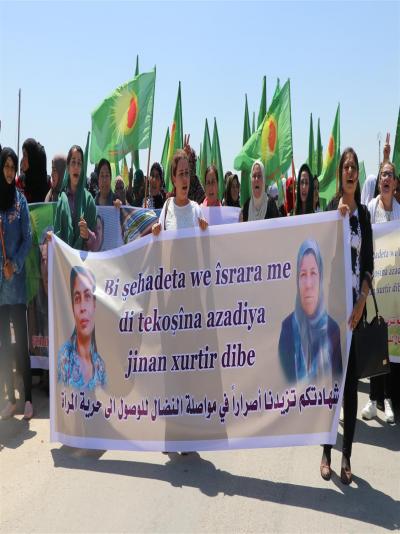 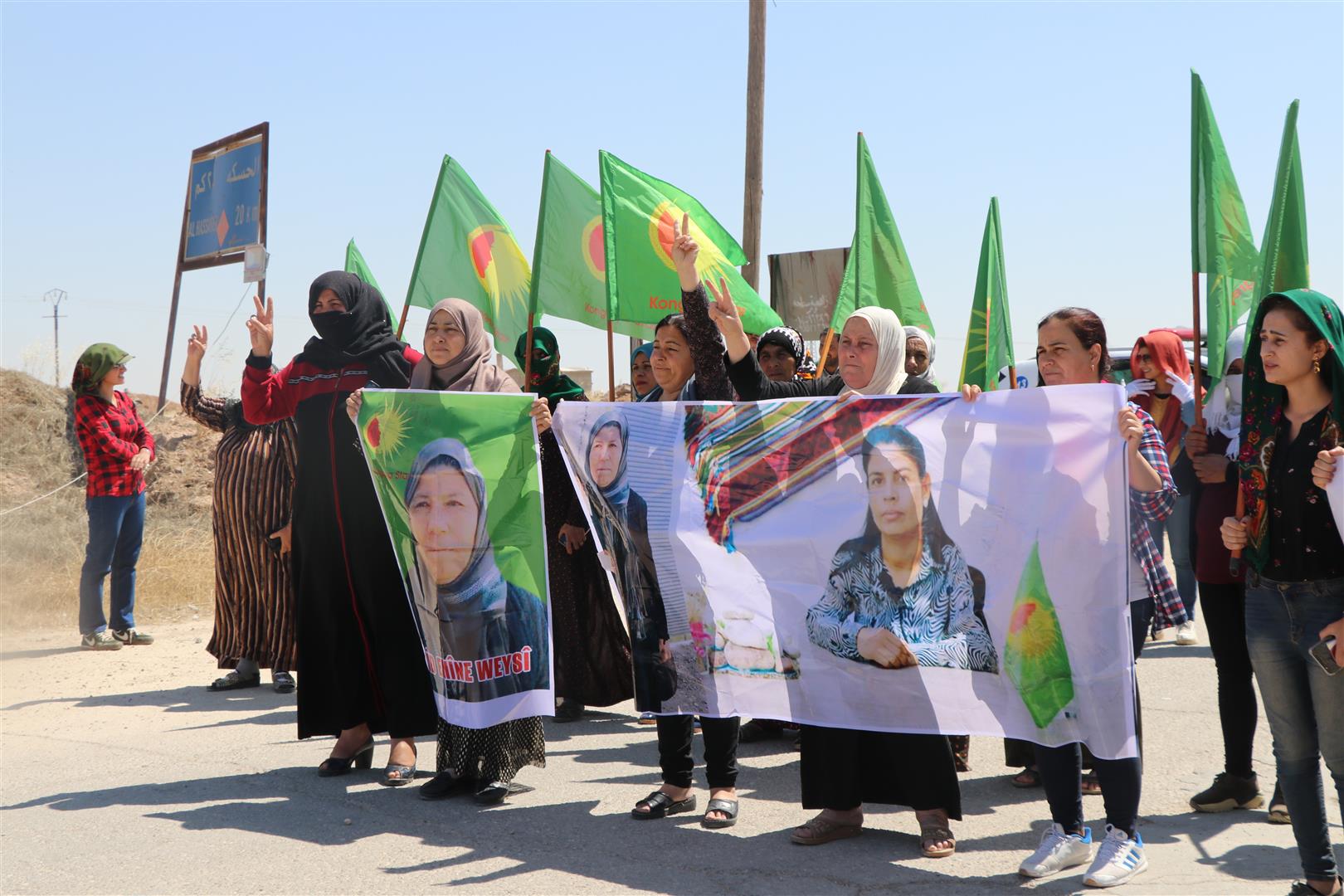 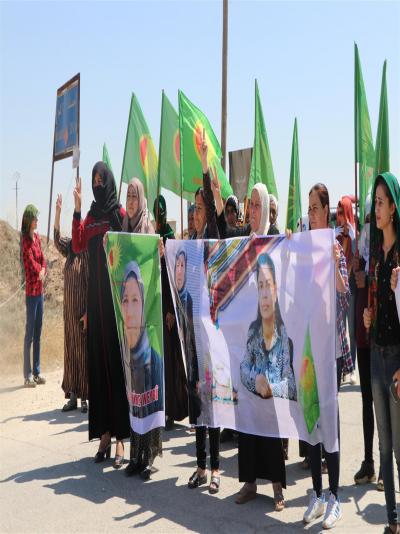 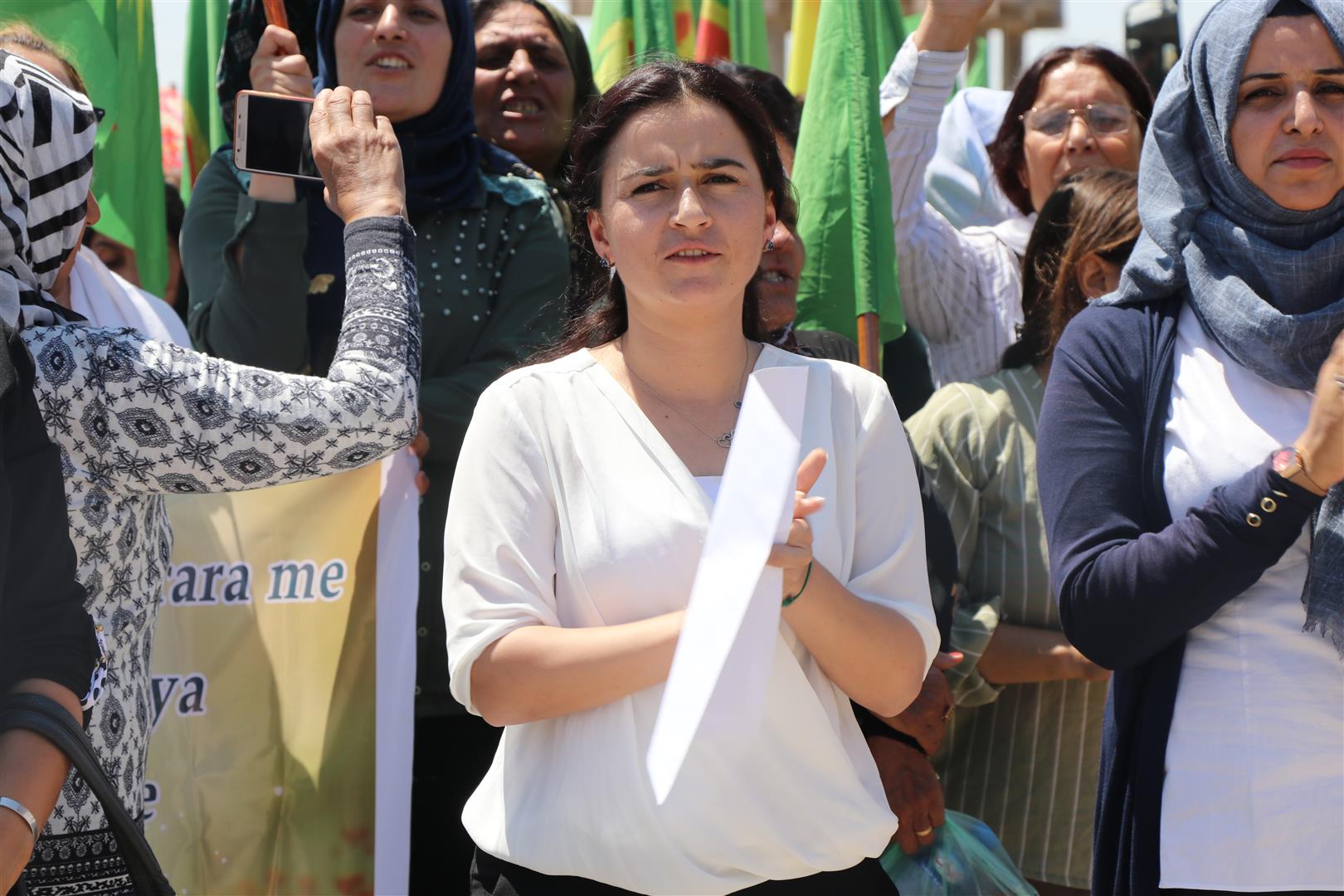 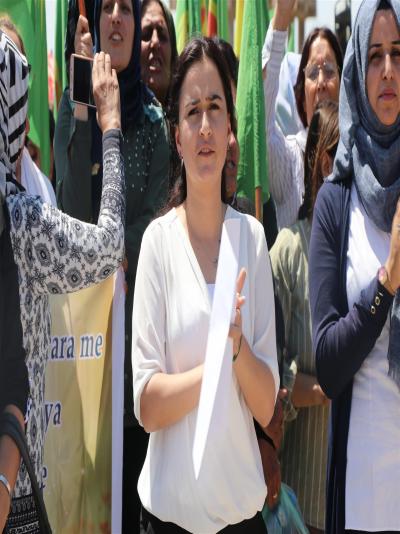 Ad-Dirbasiyah residents explained that the Turkish occupation constitutes a threat to all co...

An unidentified aircraft bombed the neighborhoods of al-Bab city occupied by Turkey and its ...

Significant damage due to burning of bakery in Tirbê Spiyê

A fire broke out in one of the bakeries in Tirbê Spiyê as a result of a short circuit that...
Old Website

​​​​​​​Sirtre and Al-Jafra: Struggle on oil and ports and old projects