Masoud Muhammad's speech came in an interview with Hawar agency, as he addressed the Syrian crisis that has not found a way out since years, and its reflections on Syrians that suffer on varied fields.

The political researcher Masoud Muhammad believes that "Syria is passing through a period the citizen is unable to live in because of the policy followed by the Syrian regime through imposing a bitter irrational de facto on the society, without changing its swayed reproach that is far from solutions."

Muhammad stressed that "Syria needs to be recreated again,  particularly in the economic field that is on the edge of falling. Society is unable to make its daily power. What the regime is doing is but suggesting and making baseless and undocumented speeches. It is clear that the regime is not able to suggest projects or solutions for the collapse affected economy, how could it find a solution for the entire Syrian crisis alone?"

Syria has recently been experiencing a severe economic crisis as the result of the political crisis in the country, and the international struggle over influence in the Middle East, and the Syrian territory in particular.

The crisis has recently been reflected in the crazy rise in the exchange rates of the Syrian pound against the dollar, which has had a negative impact on markets that witnessed a crazy rise in the prices of various goods.

This crisis has caused widespread public discontent from the Syrian people, who  want to find solutions to their suffering.

Masoud Mohammed said: "The external powers cannot reach a suitable agreement for the Syrian conflict because each of them works for their own interests, some are trying to occupy the Syrian territory and expand their borders, while others want to seize the country's riches. Thus the regime is unable to make its own decisions, but meet the demands of the enemy countries of the Syrian people who are loyal to their interests."

“The project that has been proposed in the north and east of Syria proved that it is capable of being a project for all Syrians because it has been able to bring together all the components in the region, which is the right way to eliminate the problem that Syria is experiencing," he said.

He stressed at the end of his speech that the appropriate solution to the Syrian crisis does not lie in meetings held outside the country, but the regime's agreement with the local forces that have the democratic project, and this will facilitate the resolution of the crisis that has led the country to a dark fate at the end. 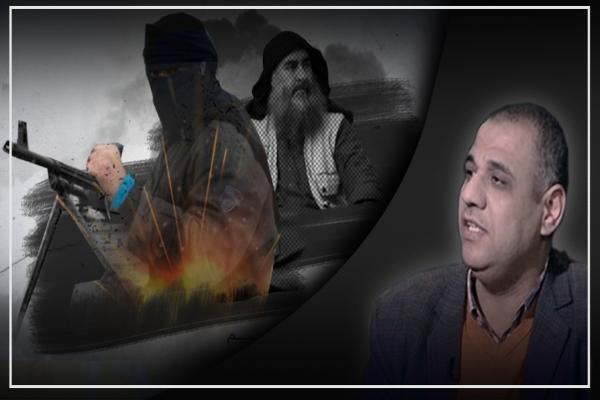