The event of the human shields on the Turkish-Syrian border in the city of Girê Spi / Tal al-Abyad in northern Syria continues on its tenth day amid a wide participation of residents from different parts of the region. Under the tent of the event, they rejected the threats of the Turkish President Recep Tayyip Erdogan to attack areas in northern and eastern Syria.

The residents of al-Raqqa area, who confirmed that they stood with the people of Girê Spi, took part in the events in their steadfastness in the face of Turkey's threats.

He added, "We came today from Karama area to tell our people in Girê Spi that we will all stand together against any aggression on our areas," said Ibrahim al-Hindi, a spokesman for Karama Council.

"Erdogan is insulting the dignity of our Syrian people, and Afrin is the best evidence of the actions of the Turkish occupation, which displaces its people and changes its demographics and implement the policy of Turkification."

"This mosaic painting of the Syrian people gives a message to the tyrant Erdogan expressing the rejection of the people of the region to repeat the massacres the Ottomans committed against the Armenians, in the regions of northern and eastern Syria," the member of the health committee in Girê Spi Nisrin Tohma said.

"The Justice and Development Party (AKP) is mobilizing forces on the border after it was defeated in Syria, to complete what it could not," said Joan Mustafa, head of the Health and Environment Authority for North and East Syria. Something so it threatens. "

"The world must stand by us, we are the ones who have eliminated terrorism, in case of any aggression, Daesh will come back again."

"Erdogan and his allies are afraid of the project of democracy and the solidarity of the people in the north and east of Syria, but we will stand in the face of any force trying to attack our land."

The event of the human shields on the Syrian-Turkish border in the city of Girê Spi/ Tal Al-Abyad, as well as the city of Kobani, continues for more than a week. 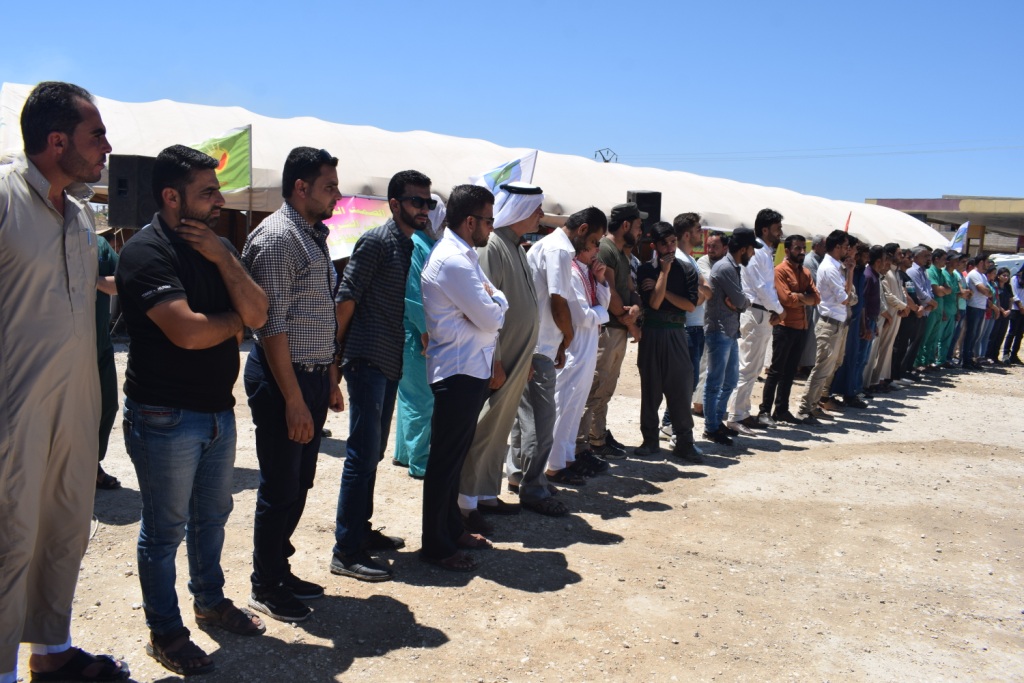 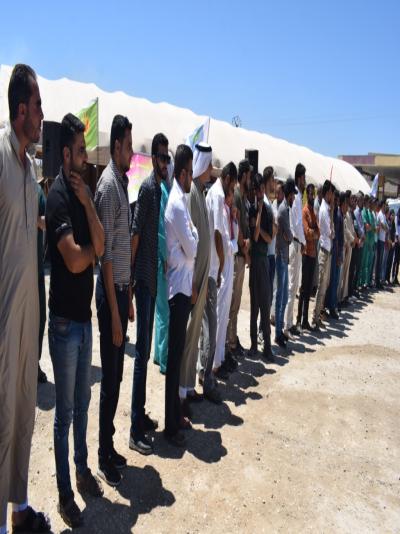 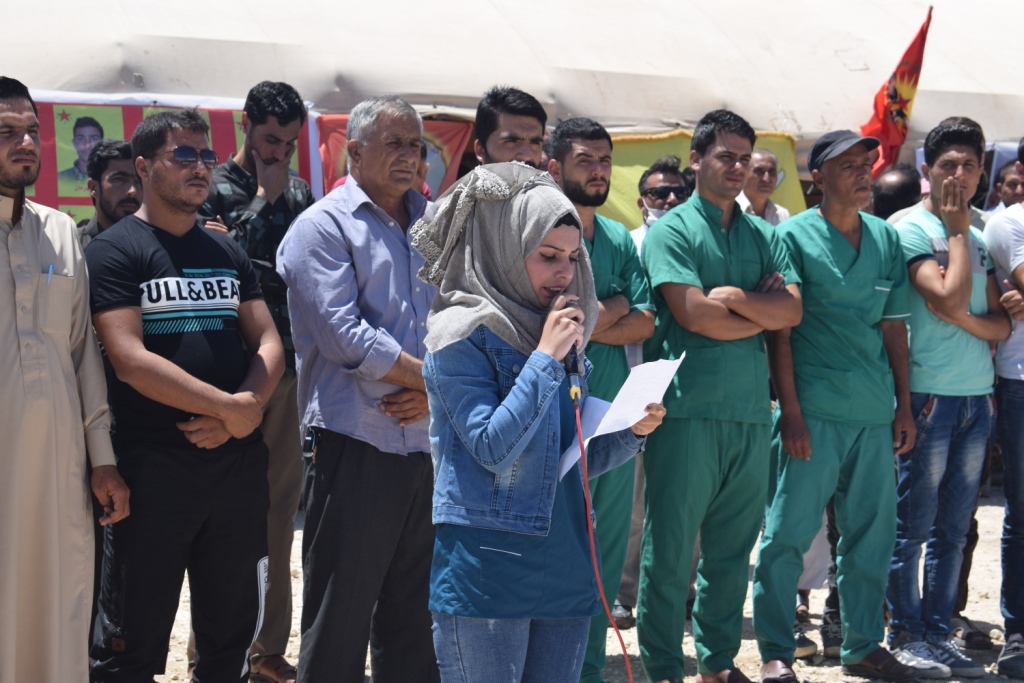 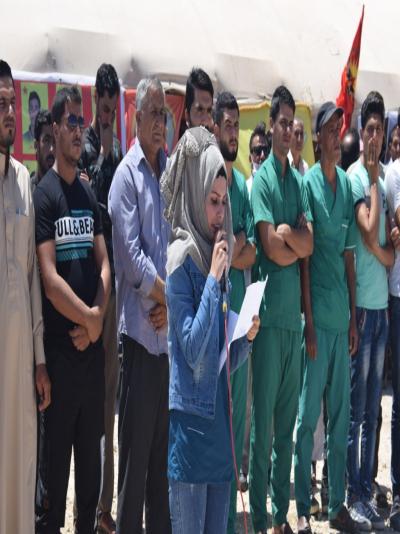 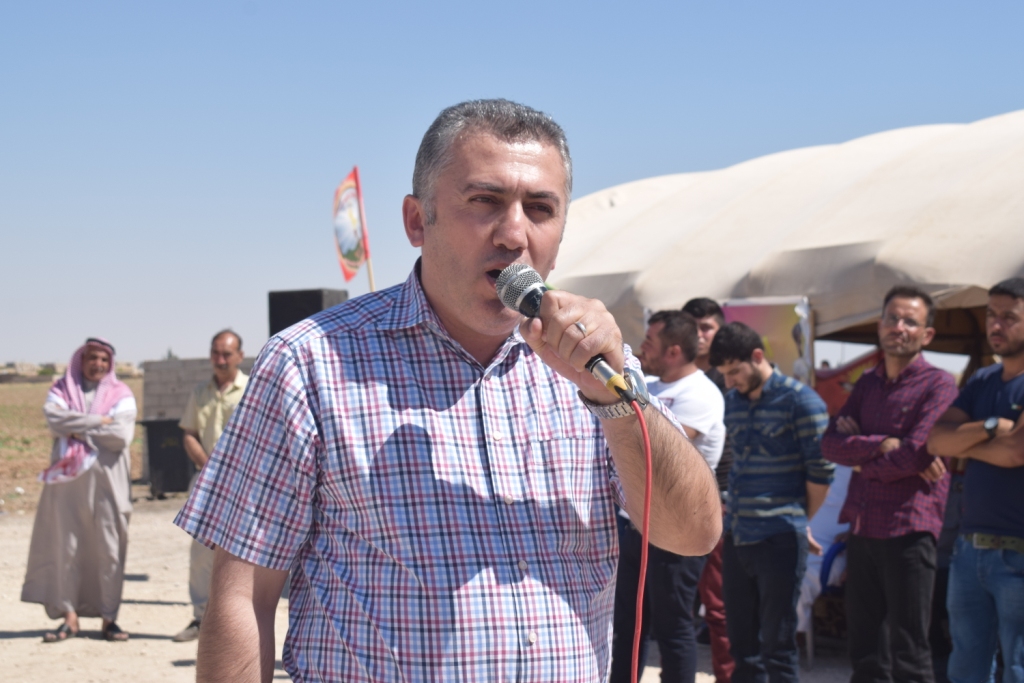 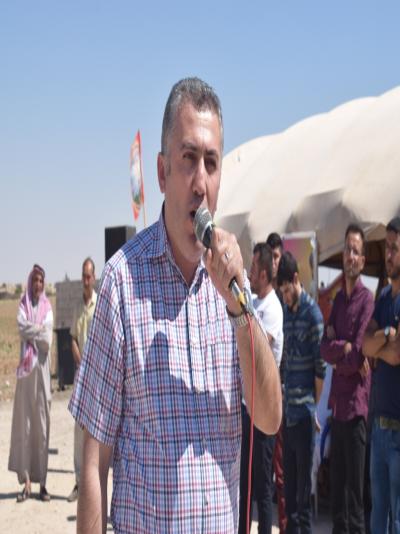 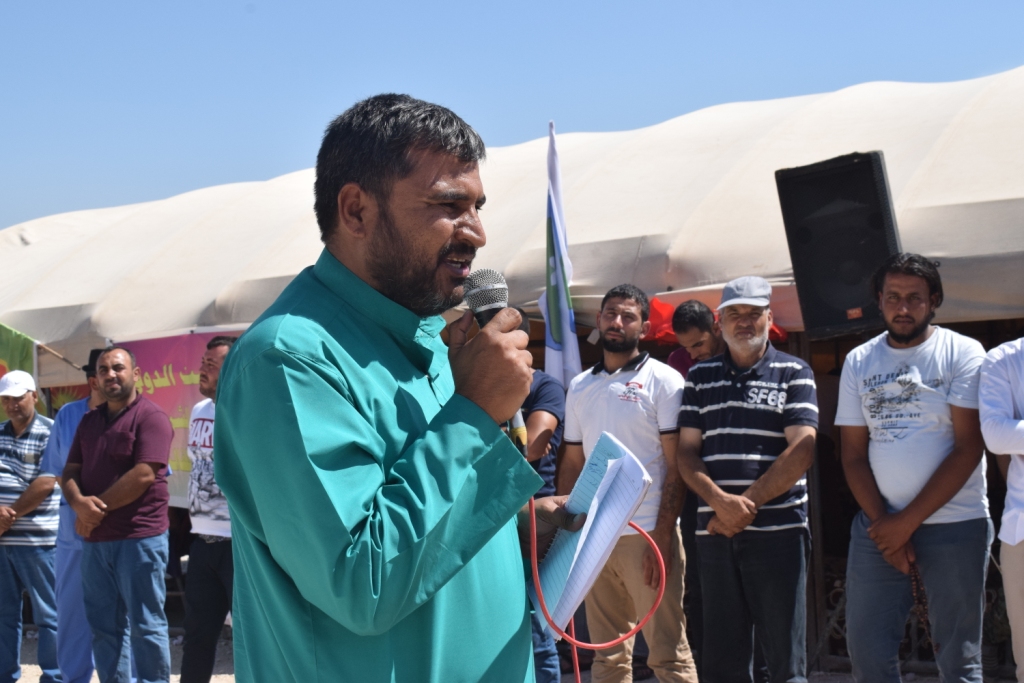 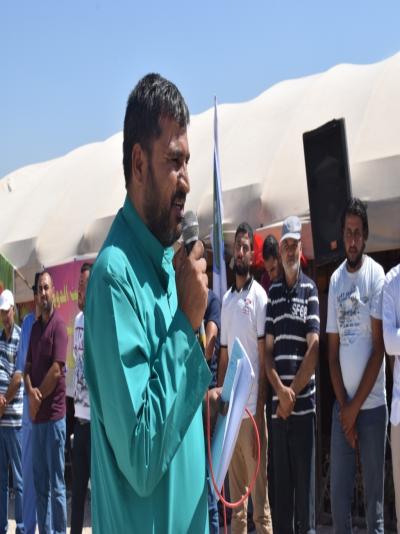 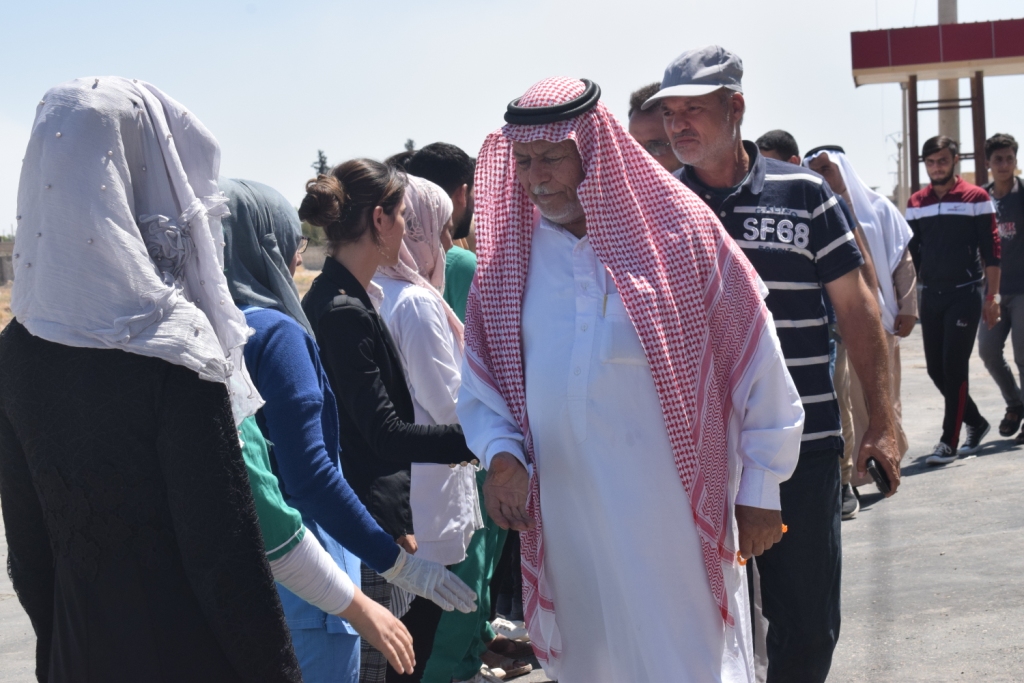 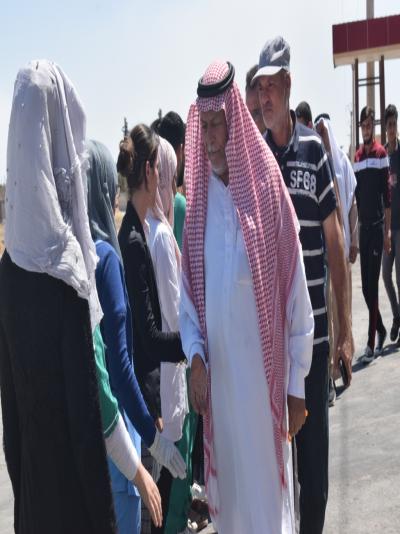 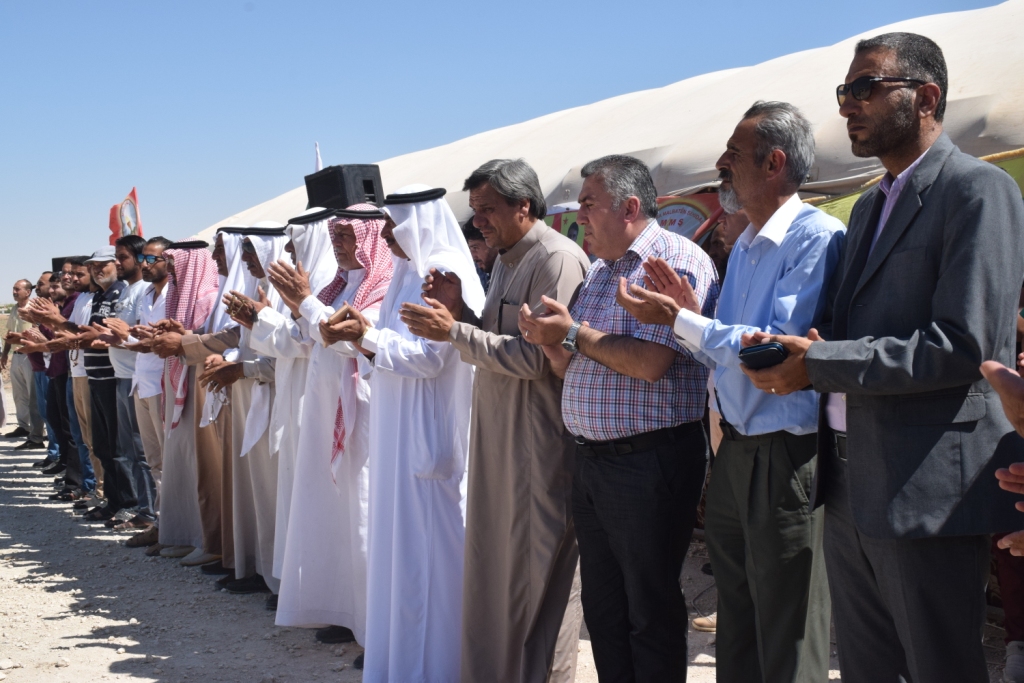 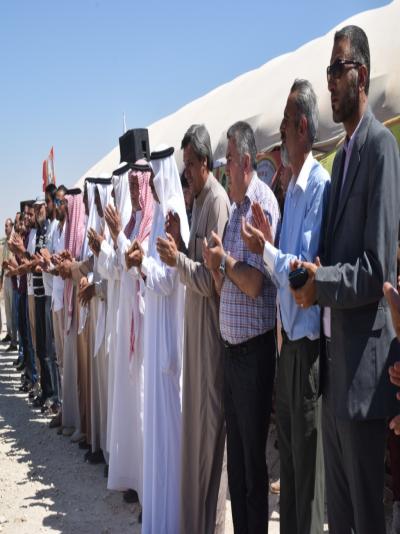 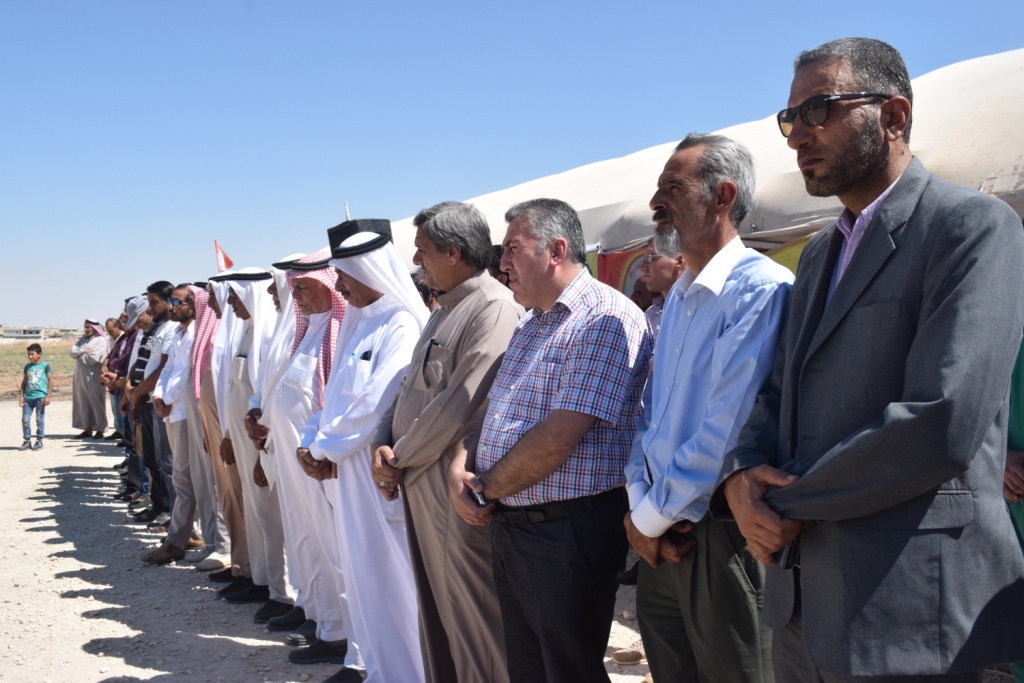 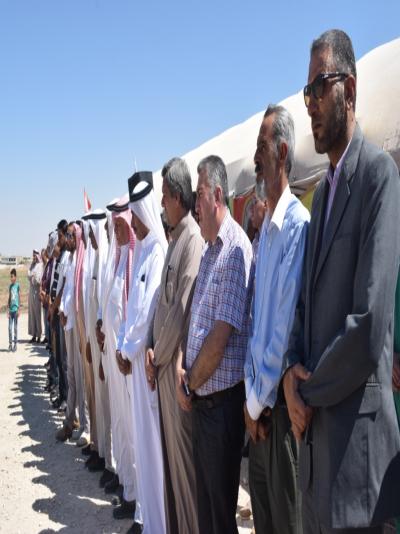