On occasion of the World Labor Day, people of Afrin demonstrated today condemning the plots that are waging against the region aiming to isolate Afrin by the Turkish state.

The people raised the photos of the martyrs of the Resistance of the Age and chanted the slogans that denounce the occupation state practices and stressed to continue the resistance till liberating Afrin and expel the occupation.

The demonstration stopped in Serdem camp where the people held a minute of silence followed by reading the general statement issued by the Autonomous Administration of Afrin region.

The statement was read by the co-chair of the Executive Body of Afrin region Beker Alo.

The statement touched upon the practices of the Turkish occupation and its aspiration to revive the Ottoman empire glory.

The statement also condemned the silence of the regime on the violations and the practices by the Turkish occupation that want to export its crisis after the elections, so that it rushed to build the separation wall on around Afrin and al-Shahba borders.

The statement also called on the international community to act and stop the violations of the Turkish occupation and to break its silence, because the Turkish state aims to re-organize Daesh again after it defeated in al-Bagouz village.

The statement also praised the struggle of the hunger strikers led by Leyla Guven and her comrades in the prisons of the Turkish fascism to lift the isolation imposed on the Kurdish leader Ocalan.

Moreover, the people pledged to escalate the pace of the struggle and the resistance till liberating Afrin. 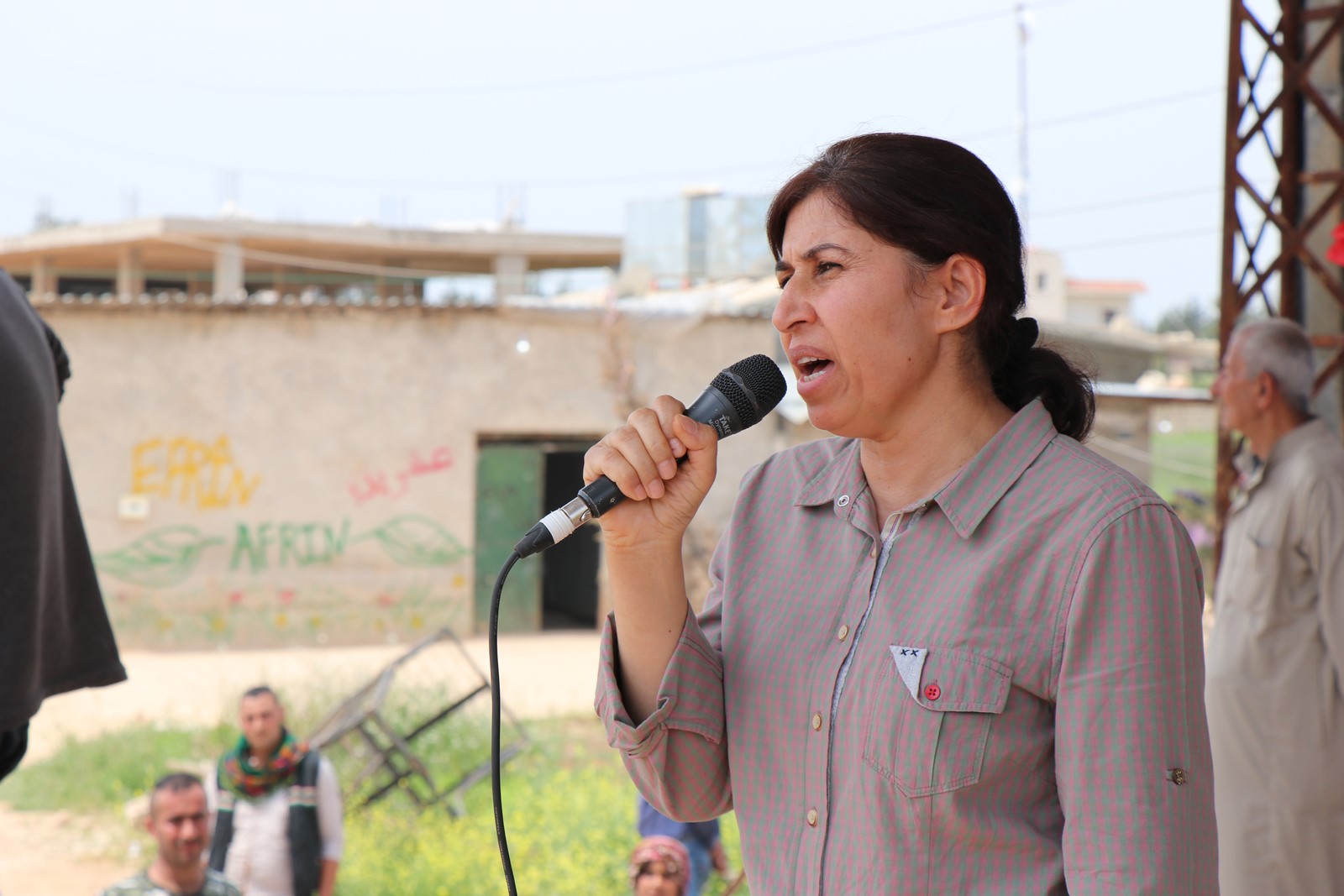 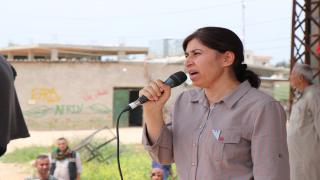 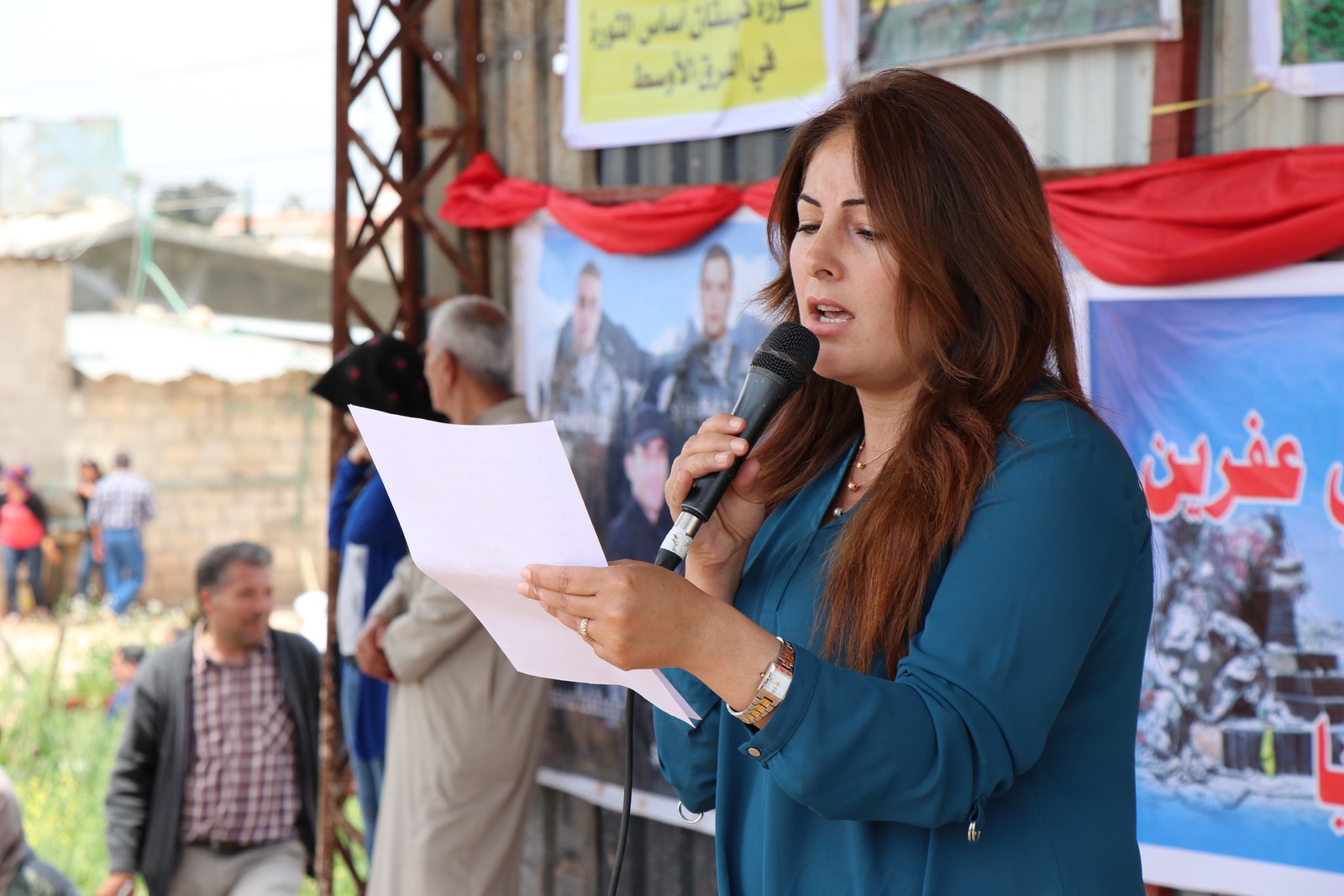 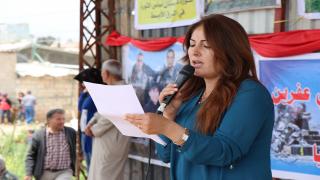 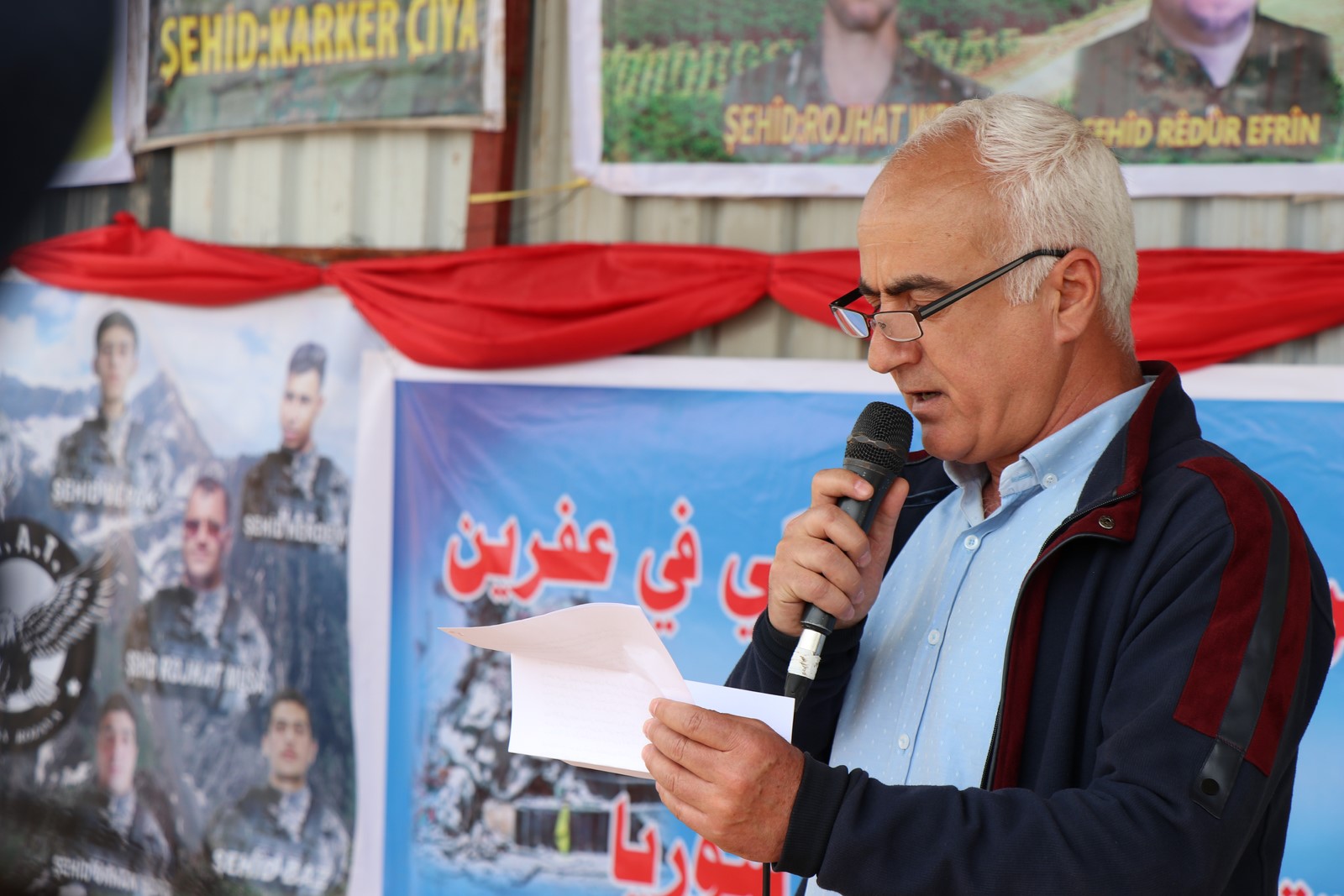 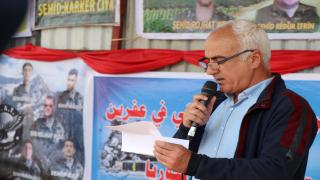 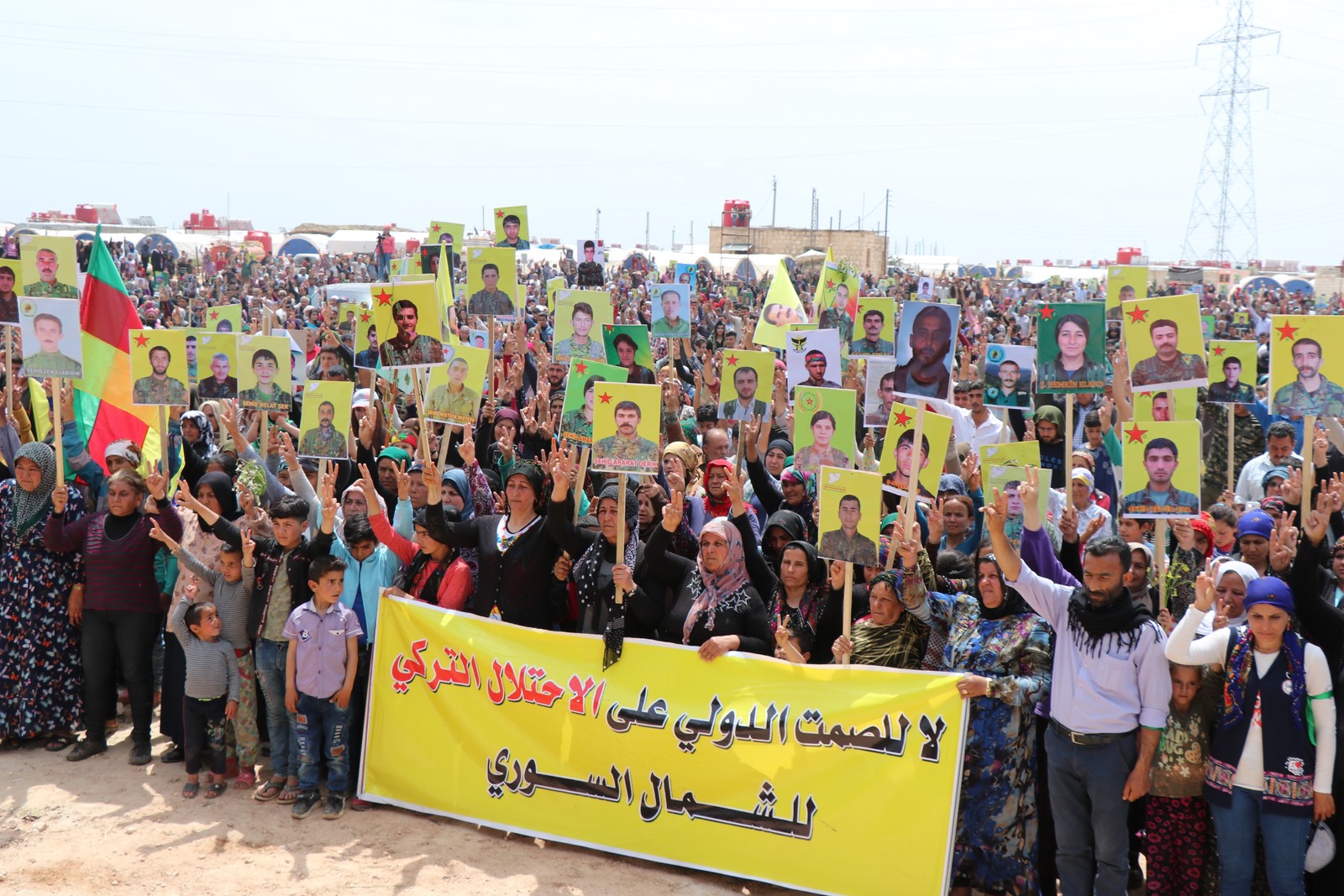 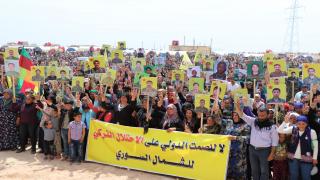 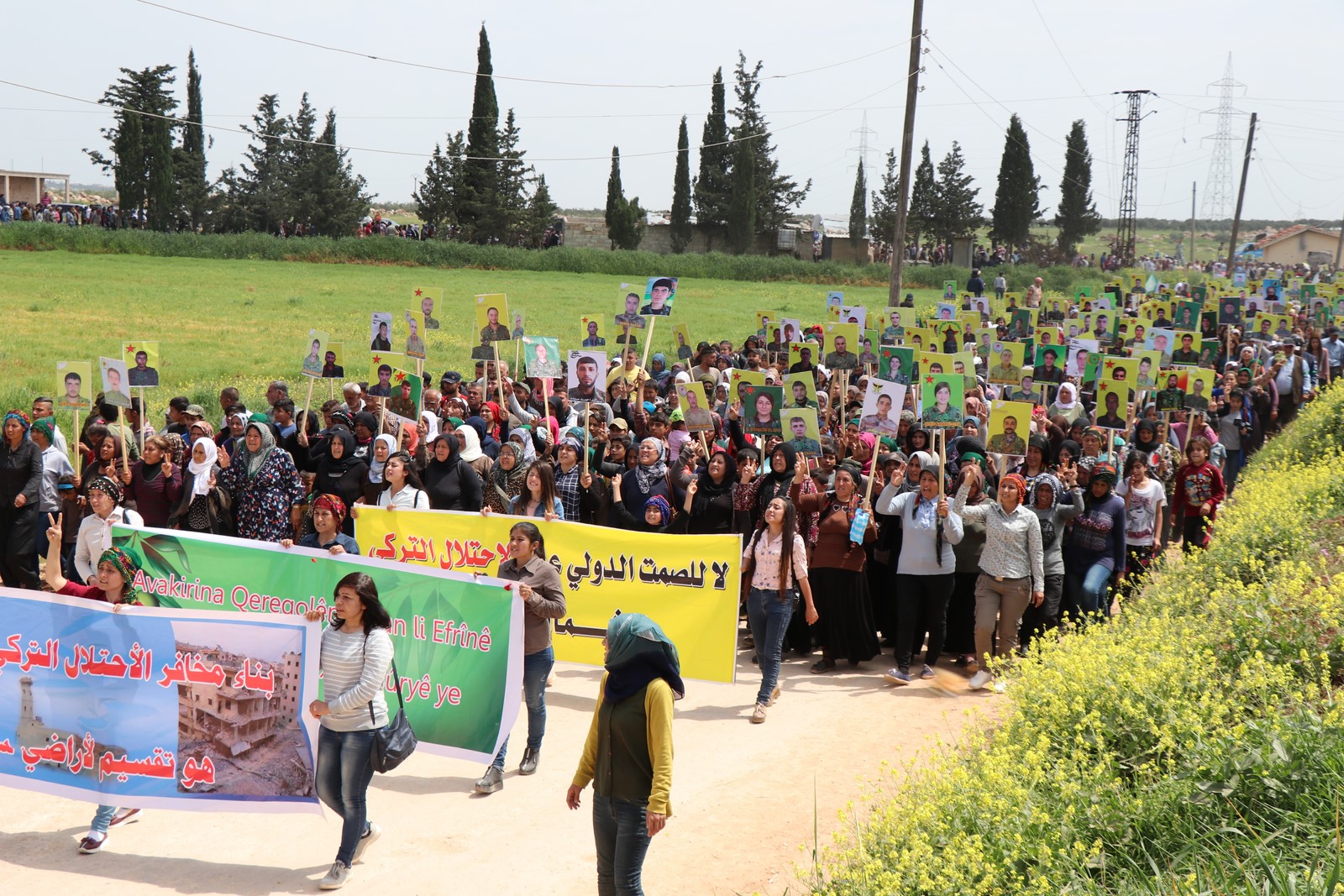 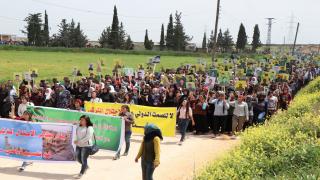