Yesterday, Tuesday, the International Dialogue Forum was held under the title "Afrin between the Turkish occupation and international interests", with the participation of prominent human rights and political figures around the world.

In this regard, ANHA monitored number of the views those who participated in the Dialogue Forum that was held in Berxwedan Camp in Shahba canton. 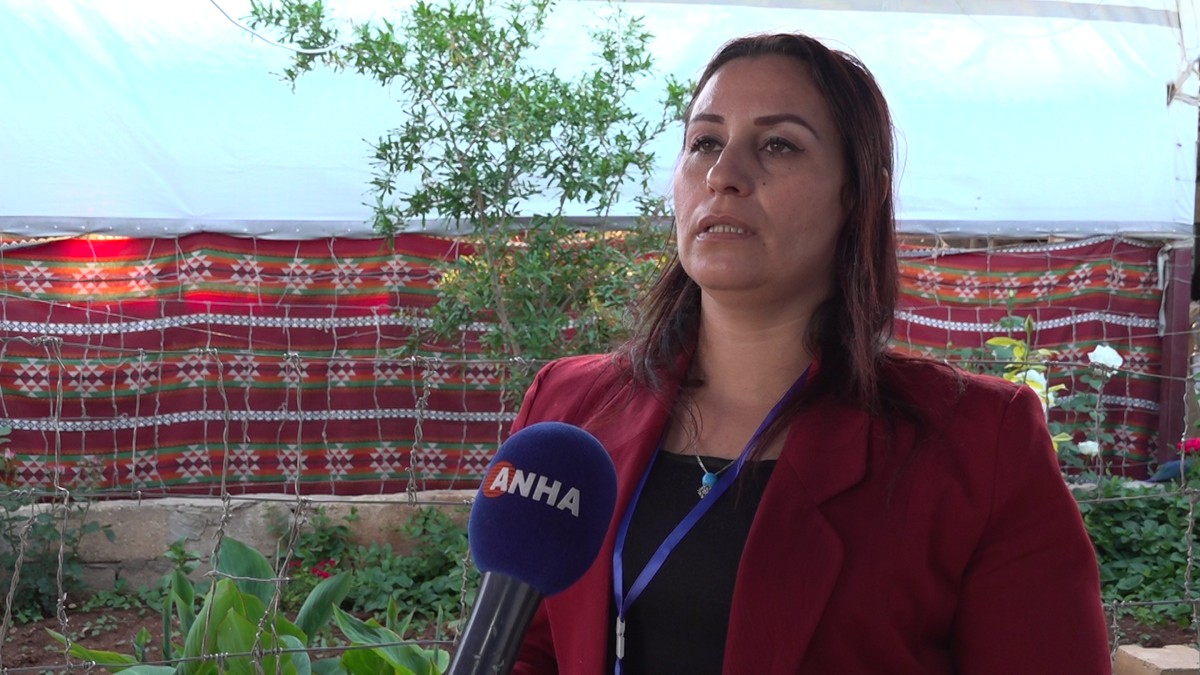 Arief Kasabian, the administrator of the Armenian Community Council in al-Hasakah, said that” what happens in Afrin of atrocities by Turkish occupation is not new, the same thing happened 107 years ago, when Turkey changed demographics of Armenia and committed genocide against the Armenian people."

Noting that 107 years ago, Turkey made a demographic change in Armenia, the same thing had been happened in Shengal, Afrin, Serêkaniyê and Tal Abyad, and recently is seeking establish a passage to enter more settlers to Afrin and other areas occupied by it and its gangs from the Syrian lands.

Adding,” there are large number of IDPs from Afrin canton are living in Shahba inside camps amid harsh living conditions and lack of potential life. It is their legitimate right to return to their land where their ancient history and heritage are." 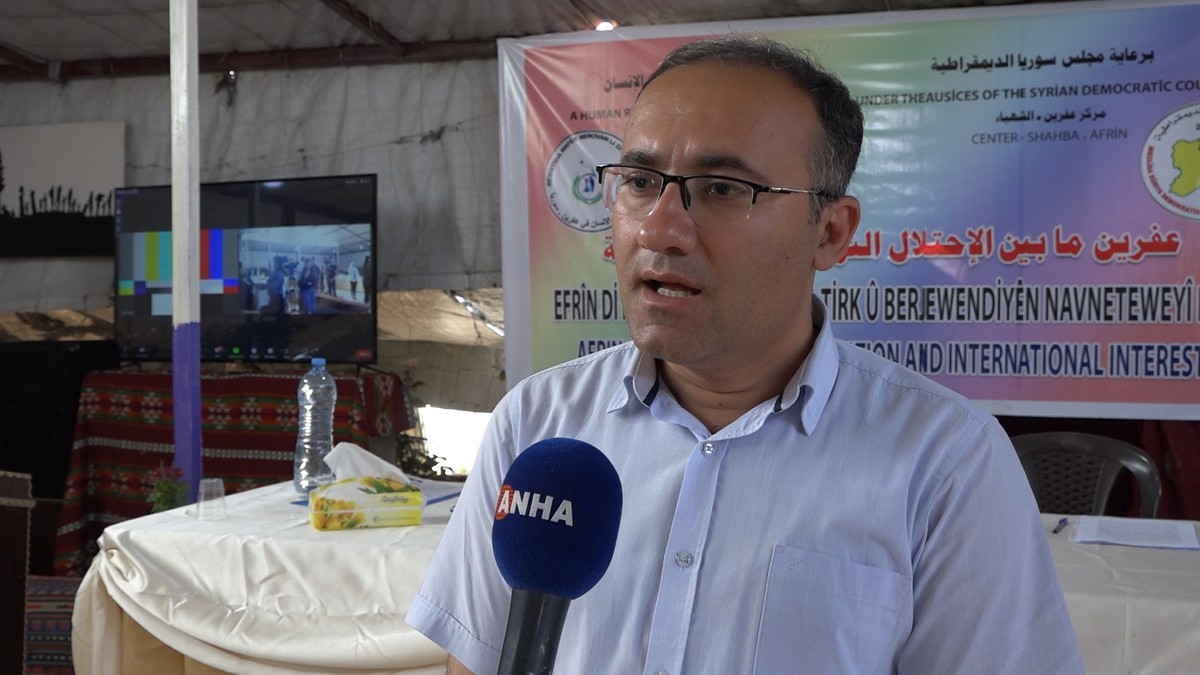 For his part, the Secretary-General of the Syrian National Democratic Alliance Party, Ahmed al-Araj, said: " We work hard at all levels in reaching outputs of the forum to the international forums in order to put pressure against the Turkish occupation, because of its brutal practices beyond imagination, and the heinous crimes are not limited against Afrin people, but also IDPs in Shahba, as is the case in Idlib, Serêkaniyê, Tal Abyad and all of the occupied geography by the Turkish occupation army and its mercenaries.

Al-Araj continued: "The forum included participations from the Syrian public and from abroad. These participations confirmed that Turkey is one of the most dangerous countries that intervened in the Syrian affairs. It is committing inhumane violations, and these participations also confirm that we, the Syrians, must unify our national visions and ranks to deliver the people's message. Syria to the major and guarantor countries, led by America and Russia, in order to put pressure Turkey to withdraw from the Syrian territories. We do not want to repeat what happened in I Alexandretta in Afrin, northern Syria, and all areas occupied by Turkey and its mercenaries, such as Idlib, for Turkey makes these areas a hotbed of terrorism. 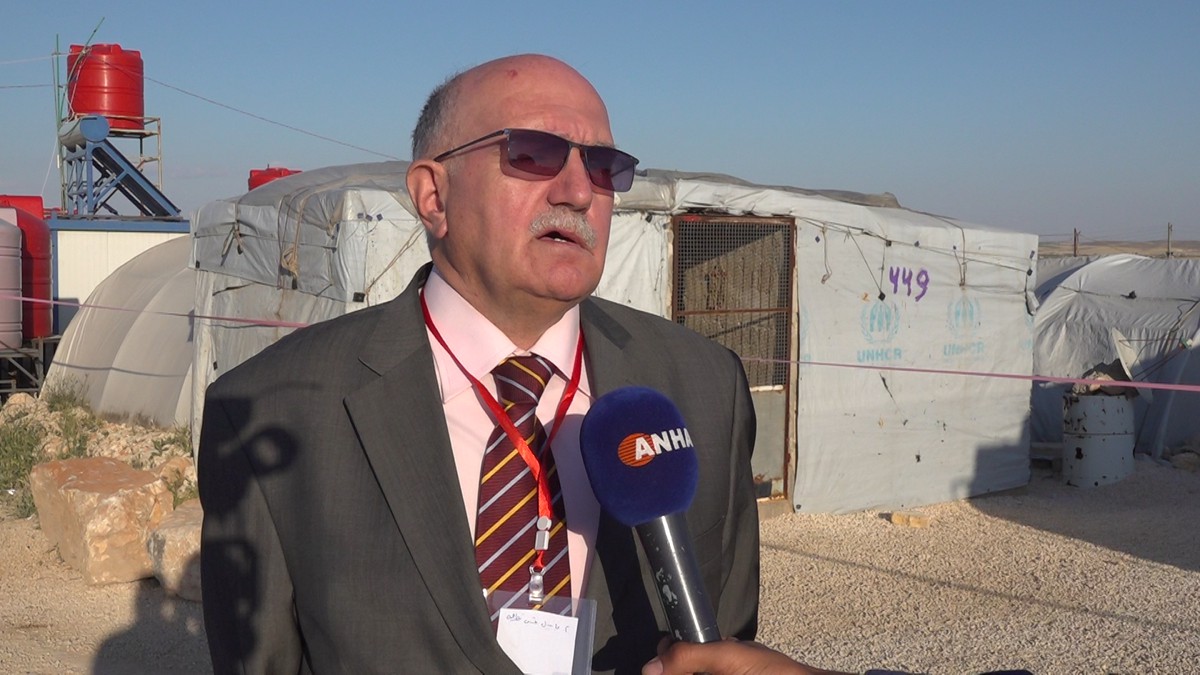 While the former advisor to the Mufti of Syria, Engineer Basil Qas Nasrallah, said, "The occupation of Afrin is a Syrian issue, and we all Syrians are concerned with it, because Afrin is Syrian land."

Nasrallah stressed that "all international humanitarian laws are in our interest, the people, but they are not applied, and the people are the ones who pay the price for these policies, and they are the ones who sacrifice for this country from occupation and division."