This was evident after the Turkish state occupied Syrian territory, pointing its mercenaries at the head of the local and administrative councils that controlled the necks of the components of the region, and the remaining residents of the Syrian regions.

The Armenian people, like other peoples, suffered from the Ottoman Empire since ancient times from massacres and displacement with the aim of robbing them of their land and melting them in the crucible of the Ottoman Empire, applying the Turkification, and blowing up their civilization and culture, which led to the displacement of hundreds of thousands of families to escape from this hell to neighboring lands such as Syria, Iraq and European countries  Neighboring.

These families, fleeing from the furnace of the Ottoman Holocaust, merged with the peoples they had migrated to while preserving their customs and traditions, and among these areas was the province of Girê Spi and its countryside, where they had in the province an entire neighborhood called “The Armenian Quarter”, in which they found a place of stability in the framework of coexistence.

After Turkey occupied Girê Spî canton after an aggression it launched against the northern and eastern regions of Syria on October 9, 2019, it displaced more than 100,000 residents of the canton, including Armenian families.

Armenian families, like others, were not spared the looting and seizure of property, the latest of which was documented by our agency about the seizure of the land of the Armenian diaspora “Akoub”, which is estimated at 170 dunams, near the town of Al-Ali Baglia of the occupied Girê Spî district, on which a religious complex is currently being built with Kuwaiti funds under the supervision of the so-called Tel Abyad local council of the Turkish occupation. 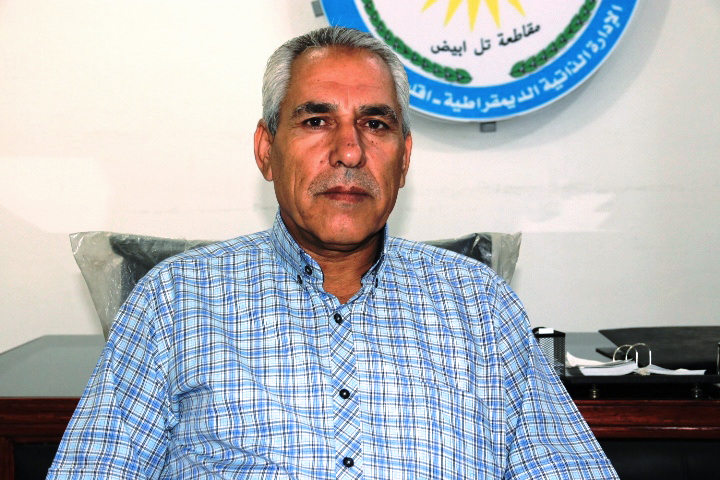 What the co-chairman of Girê Spî canton Hamid Al-Abed commented on this violation by saying: Turkey and its mercenaries, since their occupation of Girê Spî canton, have not spared people or stone, and committed the most heinous violations against those who remain of our people in that area, including “killing, kidnapping, looting of property.”

During his speech, he condemned what the Turkish occupier and its mercenaries had committed by seizing the land of the Armenian diaspora "Akoub" to make it an endowment for building associations "of an extremist religious nature, aimed at reviving terrorism by feeding extremist ideology, and making it tools for spawning terrorist elements and threatening global peace and security."

At the end of his speech, he called on the international community to intervene and pressure Turkey to stop its violations against the peoples of the occupied Syrian regions, including the Armenian people, who previously suffered from the persecution of their Ottoman ancestors who ruled with iron and fire.

Meanwhile, the Turkish occupation army is violently shelling the villages of Dashisha and Ko...