The battle of Kobane marked a historical turning point in the resistance against global terrorism in Syria, in conjunction with international sympathy in the war against the Turkish-backed ISIS.

A global victory after ending ISIS, but a Turkish setback and a plan to avenge that setback, in declaring war on the Syrian regions in the north and east of the country and its repeated threats against Kobane, in conjunction with the deployment of thousands of terrorists in Syria, Libya, and other African and European countries. 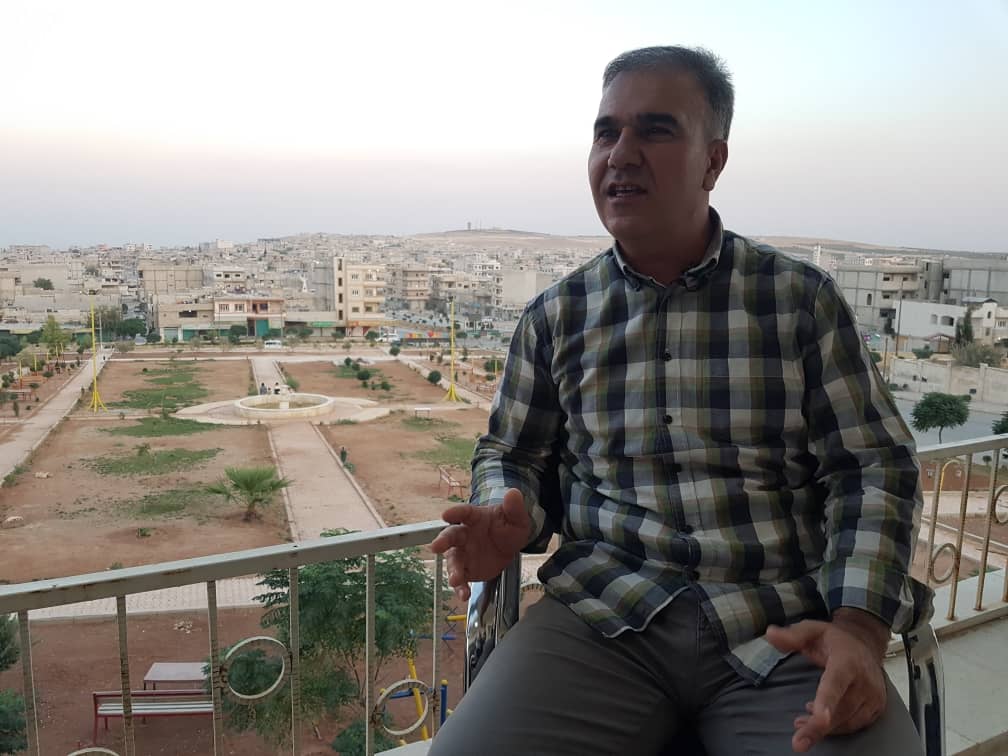 ISIS arrived to the outskirts of the city in early October of 2014, after it took control of 300 villages within days, and a large wave of displacement of at least 300,000 civilians fled to the city of Suruj in northern Kurdistan in the Turkish territories, to form a human wall to prevent the infiltration of terrorists from the Turkish borders into the neighborhoods of the city, in conjunction with the survival of hundreds of young and elderly people in the city to fight the fateful battle in their homes against mercenaries armed with the latest types of heavy and medium weapons.

The options were not available to the fighters holed up in the last two neighborhoods of the city except to defend it and deter the attack despite the light weapons they possessed, as they were able to stop the expansion of ISIS inside the city’s neighborhoods for a period of 21 days until the Global Coalition aircraft arrived and bombed the mercenaries inside the city enabling the Women's Protection Units and YPG fighters from advancing inside the city and liberate a number of alleys.

Khaled Barkal, the Deputy Presidency of the former Executive Council of Kobane district and one of the administrators who remained in the city during the battles, says that Kobane revived the true spirit and essence of humanity, and that the battle witnessed the joining of revolutionaries from all over the world to defeat the dark forces that wreaked havoc in the region.

He added, "It was the greatest credit for our people in northern Kurdistan who rose up in the cities and turned their bodies into shields on the borders between Syria and Turkey to prevent the infiltration of terrorists into the city, and the Kurdish fighters came from southern and eastern Kurdistan to defend the city, as the resistance raised those artificial borders between Kurdistan parts. "

November 1, 2014, was declared the International Day of Solidarity with the Resistance in Kobane, as airports and most public facilities in European cities, United Nations buildings and human rights organizations were filled with people in solidarity with the fighters who were defending Kobane at the time, at the time, the demonstrators have echoed slogans denouncing the Turkish government, which was directly supporting ISIS at the time during the battles in the city.

Khaled demands that the international community, especially the Global Coalition and the Russian Federation to realize the magnitude of the danger threatening Kobane once again, from Turkey, the incubator of ISIS in the region.

Noting that the pluralistic democratic project enjoyed by the peoples of the northern and eastern regions of Syria in light of the Rojava revolution that began in Kobane turned into a nightmare for Turkey.

Turkey does not hesitate to threaten the city, which has been in solidarity with its resistance against ISIS, the people of more than 93 countries around the world. Turkey considers the inhabitants of this region who are defending their land "terrorists", while the liberation of the city in January 2015 marked the first defeat of ISIS despite the direct Turkish support at the time.