Under the slogan "We will break the fascism and lift the isolation to live free with leader Apo" Hundreds of people from the city of Serê Kaniyê and Zarkan have gone on a demonstration to support the resistance of the hunger strikers, demanding lifting isolation from the leader of the Kurdish people Abdullah Ocalan.

Hundreds of residents of the city of Serê Kaniyê and Zarkan; all the members of civic institutions and centers gathered in front of the city council, holding pictures of the leader, flags of Kongra Star and banners reading: "No life without the leader", and "No one can break the will of our people."

The demonstration, which took place in the city's main streets, headed towards the Martyrs Square amid chants and slogans calling for leader Ocalan's freedom, and saluting the hunger strikers' resistance.

When the demonstrators arrived at the Martyrs' Square, the residents stood for a minute of silence. Then a speech was given by the administrative director at Kongra Star in the city Fadia Ibrahim, she said: "We were as solid as rock before terrorism thanks to the resistance of the prisons, including activist Laila Guven and her comrades and leader Ocalan's thought."

Fadia condemned the violations of the Turkish occupation against the people of Afrin and the establishment of the wall to separate Afrin from the north and east of Syria, and noted, "thanks to the thought and philosophy of the international leader Abdullah Ocalan, we go ahead, and we win, and promise the people of Afrin who refused to move away from their homeland, we are coming with victory."

"Those who want to conspire, kill our children and peoples in the region and want to divide our Syrian homeland, its people and its geography will not be able to suppress the will of this living and loving people for freedom," Fadia said.

The march ended with slogans saluting leader Ocalan's freedom and the resistance of hunger strikers in prison. 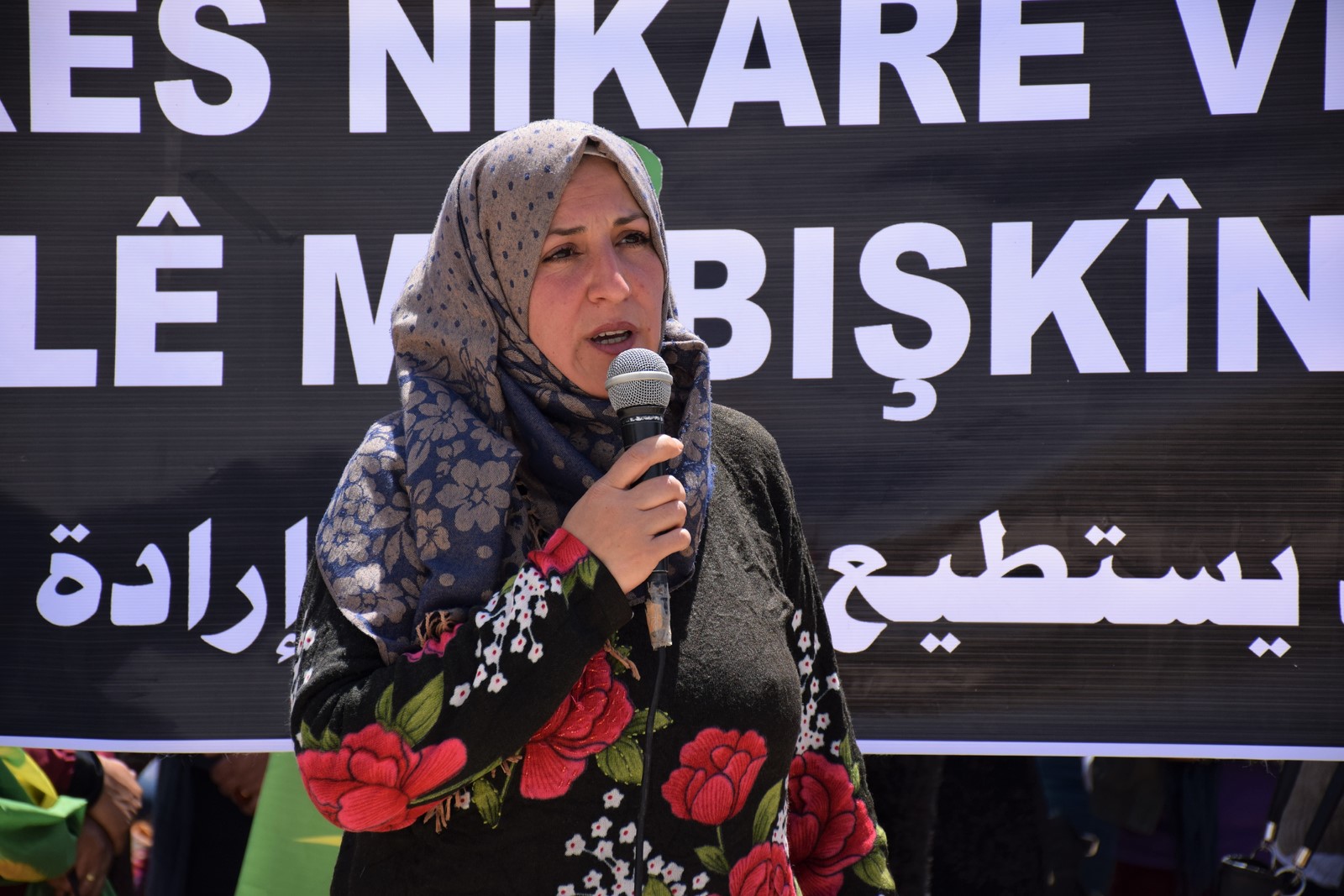 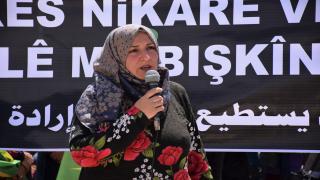 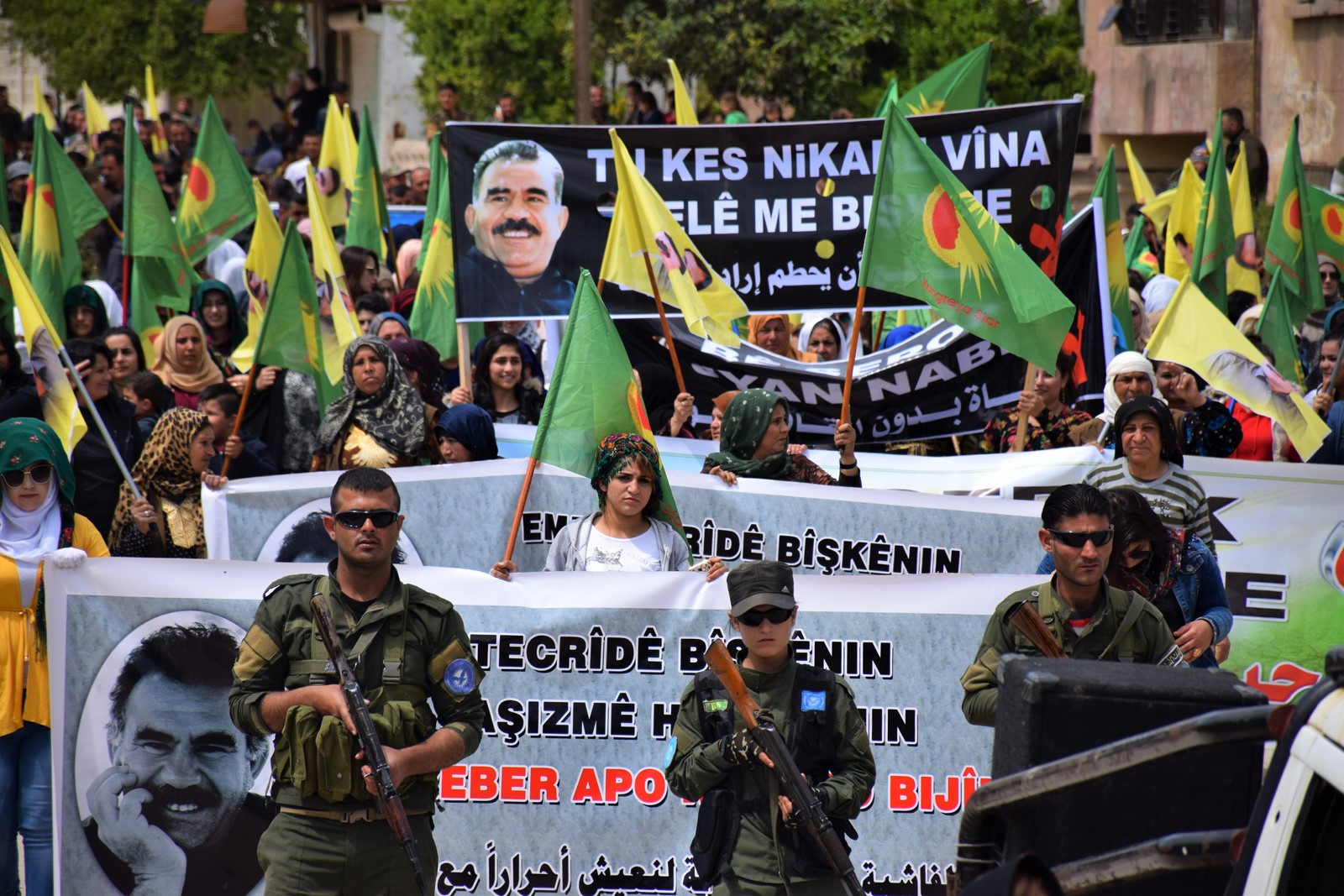 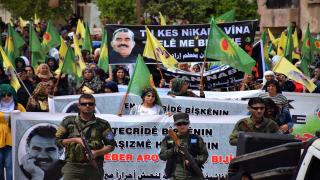 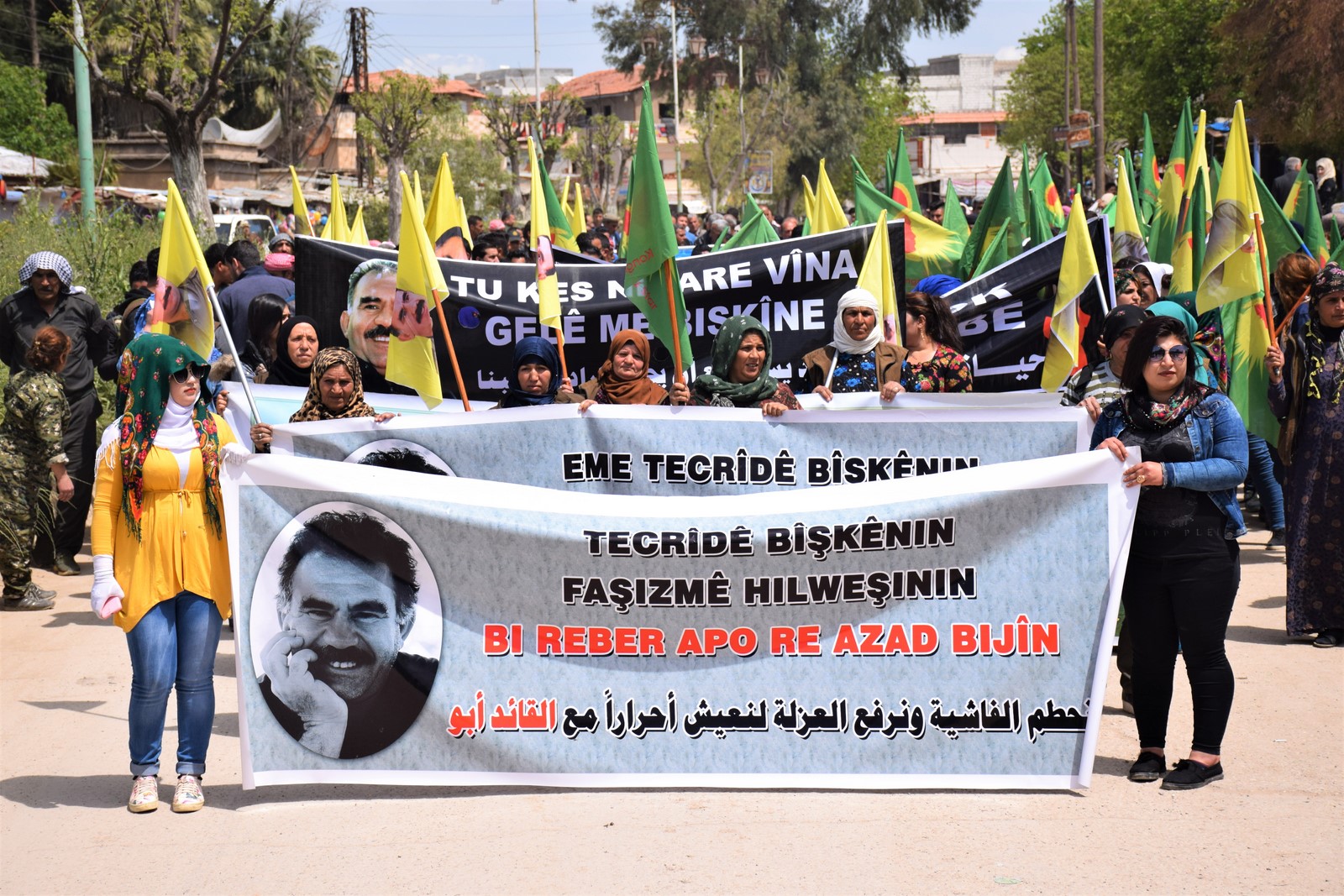 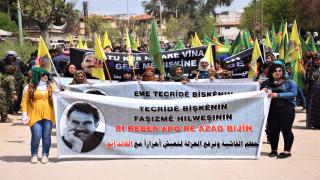 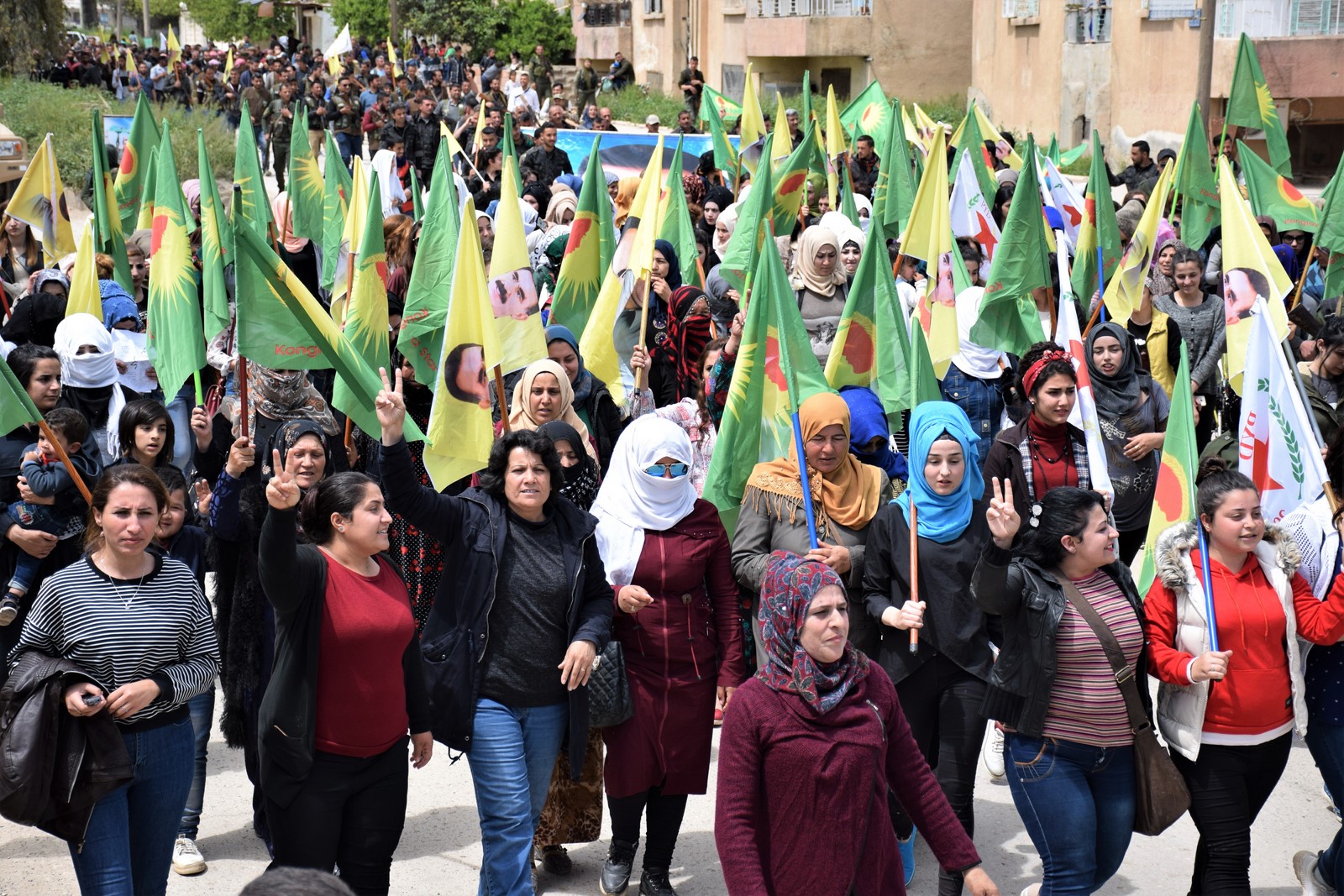 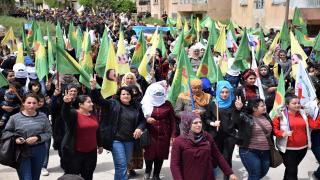