The Women's Council in Northeastern Syria organized a dialogue session entitled "Caesar Act and its Repercussions on Women_ Solutions and Prospects" at the Foreign Relations Building in Qamishlo, north Syria.

The session was attended by a group of political and human rights activists in addition to representatives from the Syrian Democratic Council, the Agriculture Body in al-Jazeera region, the Women"s Organization, Sarah Organization, the Kongra Star, Shark Development Organization, the Peace Women Leaders Network, the Economic Authority, the Syrian Women's Council, the Women's Council in Northeast Syria, the Hard Workers Federation in al-Jazeera region, the Court of the Social Justice Council.

The session started with delivering a speech by the Member of the Women's Council Coordination in Northeastern Syria, Abeer Hasaf, who welcomed the attendees, and said: "Caesar Act is one of the stages of the crisis in Syria, where the Syrian crisis entered the tenth year. When the Syrian crisis almost approaches its end at every stage, we are surprised in another stage with something new that exacerbates the crisis. "

Abeer Hasaf noted: "The economic crisis that Syria is experiencing today is one of the most dangerous stages that have passed through the crisis."

This was followed by the first axis' lecture of the meeting by the Co-chair of the Syrian Democratic Council, Amina Omar, on the Caesar Act legally, politically, and socially with its dimensions and repercussions. She said: "Under this Act, unprecedented legal and economic sanctions will affect the Syrian government."

Amina Omar added: "Legally, this Act was ratified with the approval of the House of Representatives and the US Senate. The Act garnered full support from the Republican and Democratic parties, gives new powers that will allow targeting of foreign companies if it is proven that they support violence and repression, and also gives powers to the US Secretary of State for supporting organizations that collect evidence and follow up on judicial files against those who committed war crimes in Syria to establish special criminal courts to hold the Syrian regime accountable as a war criminal that committed crimes against humanity, identifying areas where demographic change occurred and preventing foreigners from entering into the reconstruction contracts for these areas."

Amina indicated that the Act will increase the suffering of the Syrian people in the context of a depleted economy where the high prices, the collapse of the Syrian pound against the dollar, and the high level of poverty in Syria, where 80% of Syrians live under the poverty line according to the United Nations, and prices have increased by 133% according to the World Food Program. Moreover, it is expected that Syria will witness a shortage of raw materials with declining job opportunities."

During their interventions, the participants indicated that Caesar Act had a negative impact on citizens, as the price increase doubled the suffering of the Syrian citizens in all Syrian regions, including the economy of the Autonomous Administration of the North and East of Syria, as this region is part of Syria and the deal is with the Syrian interior in various sectors.

She explains that there are major challenges facing the Administration, including the presence of thousands of refugees and internally displaced persons who need humanitarian aid, and thus preventing the arrival of humanitarian aid to them because of the failure to open the Tel Koçer crossing to enter aid to the Autonomous Administration areas puts us in front of a humanitarian catastrophe.

Therefore, the Autonomous Administration is considering an alternative economic plan capable of facing the collapsed economic situation and reducing the burden on the citizens.

A lecture on the second axis was given by the Economist and Deputy Chair of the Economic Commission for al-Jazeera region, Lyman Hessno, on the implications of the economy for women. She emphasized that the poor and women are the most affected by the Caesar Act and the living crisis in the country.

Lyman also explained: "Caesar Act will cast a heavy shadow on women, as high prices and economic encirclement will lead many women to participate in the production process with salaries less than they deserve due to the lack of job opportunities first and employers exploiting this circumstance."

At the end of the session, the Co-chair of the Syrian Democratic Council, Amina Omar, spoke about the projects that were taken by the Autonomous Administration, and she said: "The Autonomous Administration took several measures to avoid the negative repercussions of the Act, starting with the formation of a committee to manage the economic crisis and then buying the wheat crop from farmers at the dollar exchange rate as it is a strategic crop that aims to achieve food security for the people of the region, increase the salaries and wages of workers and employees in the Administration, concealing the customs tariff for imported goods through border crossings, preventing the exit of foreign currencies and monitoring the circulation of foreign currencies, importing basic materials coming from the Syrian interior in the Syrian pound and selling them in halls designated at cost, controlling the markets and issuing violation against the merchants selling outside of supply lists, as well as supporting the women's economy and encouraging  small and medium projects related to food industries that depend on raw materials located in northern and eastern Syria.

Several proposals, visions and solutions were put forward by the participants in the session to deliver them to the concerned authorities in the Autonomous Administration; encouraging animal husbandry projects, encouraging projects in villages, supporting the agricultural sector, combating desertification and planting fruit trees to benefit from them, investing capitals from the displaced people of northeastern Syria, activating small projects, developing strategic plans for projects, supporting food industries, relying on local production, forming a committee of experts to limit the spread of unemployment in society, controlling markets, setting up control over the black market to prevent monopoly, encouraging the cultivation of vegetables in homes and organizing training courses for women, creating sewing workshops and securing job opportunities for women, pressuring the international community to open Tel Koçer crossing, as well as increasing the proportion of companies contributing to production. 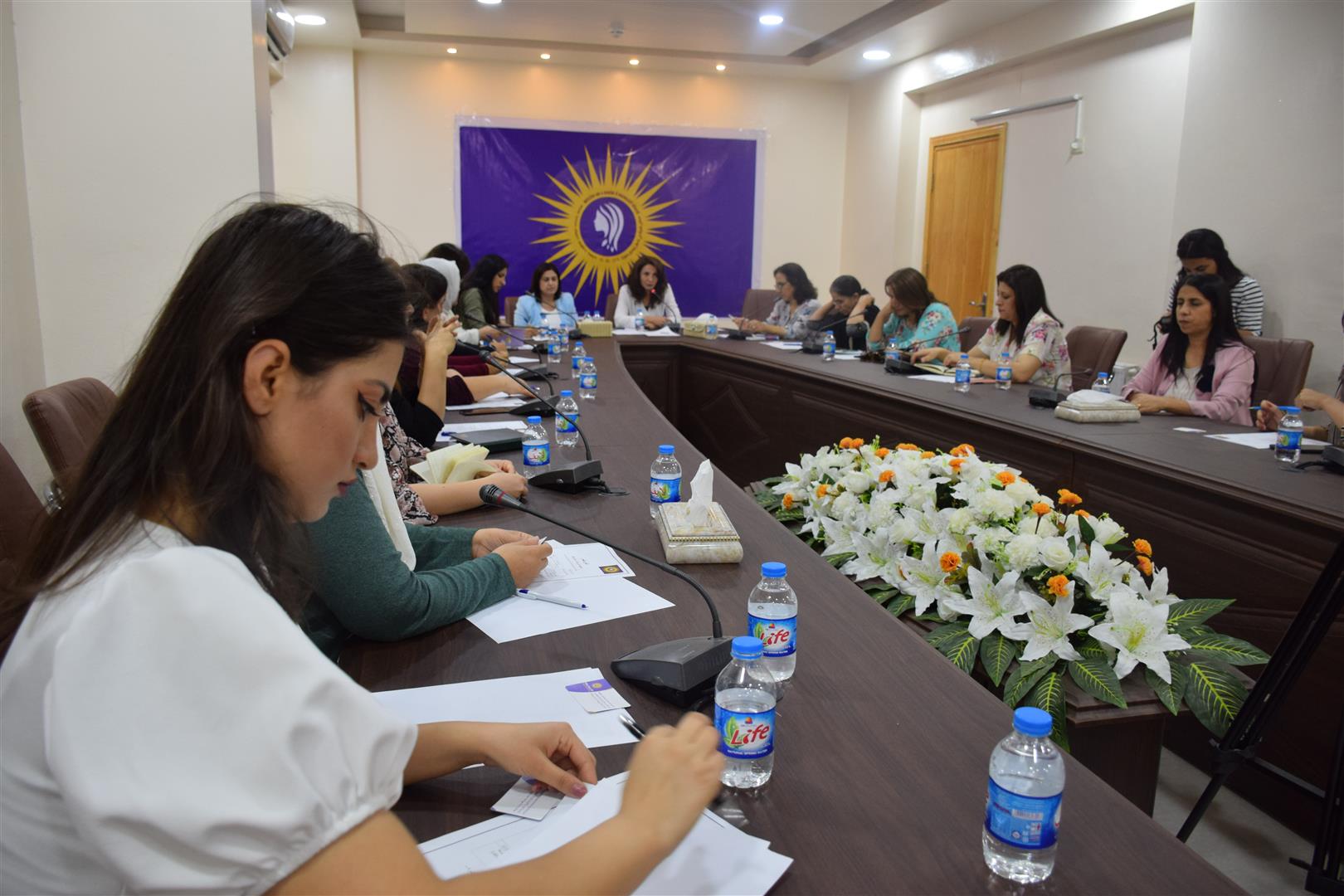 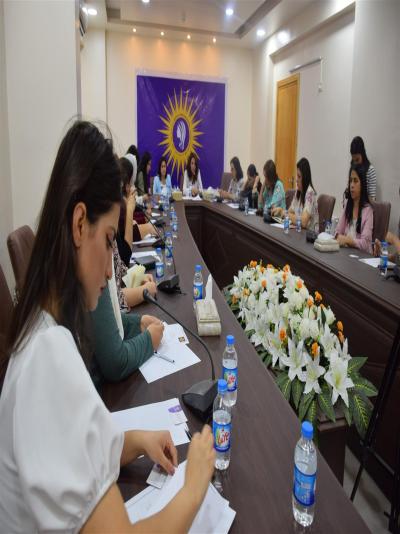 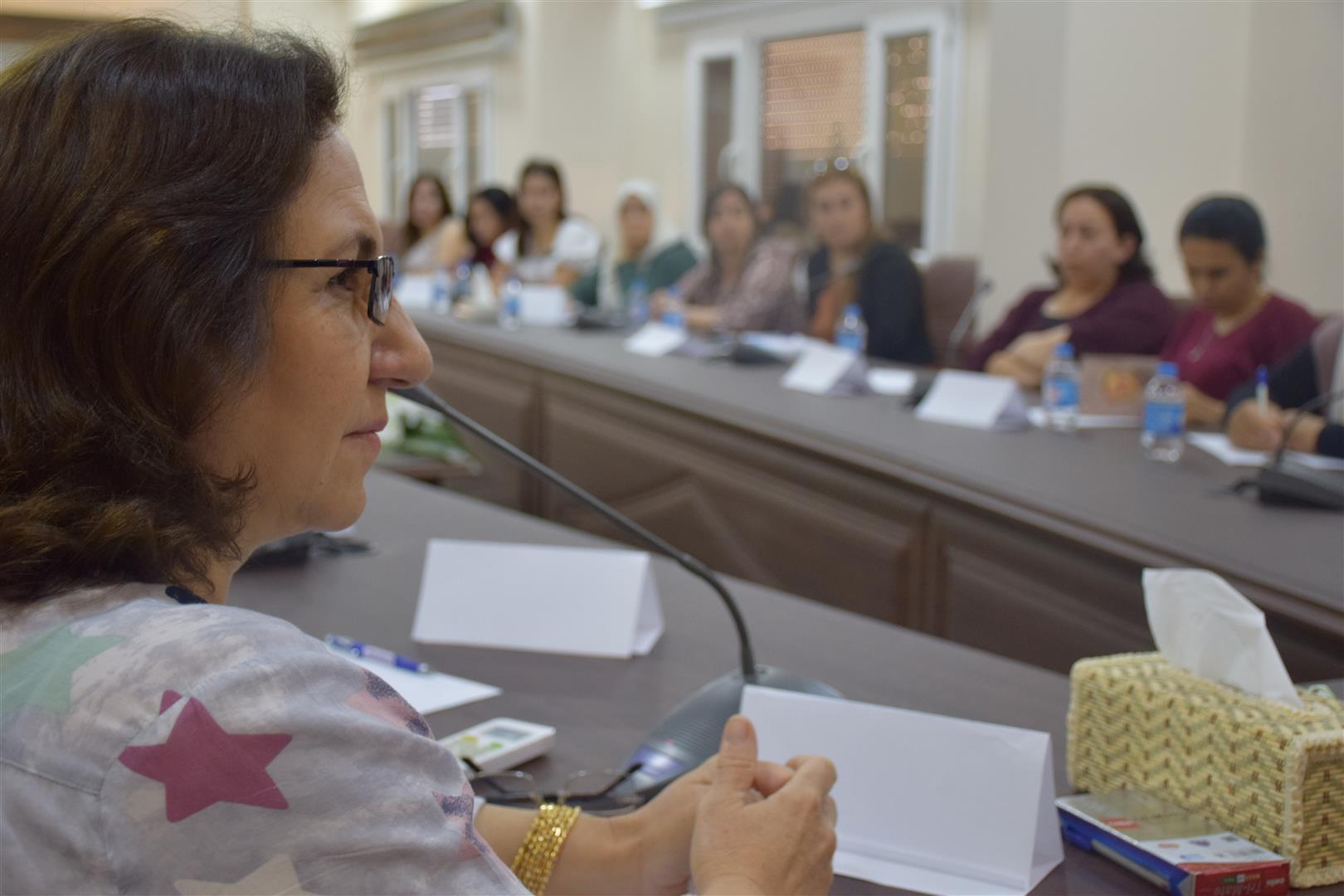 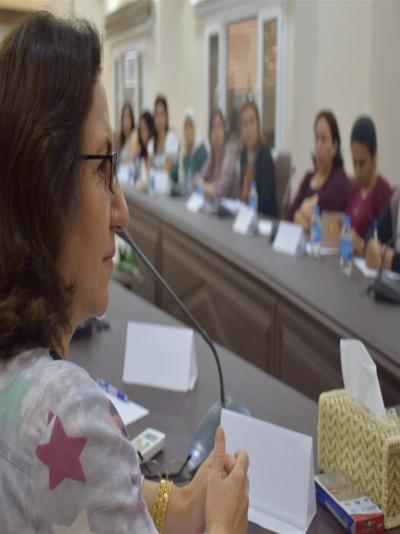 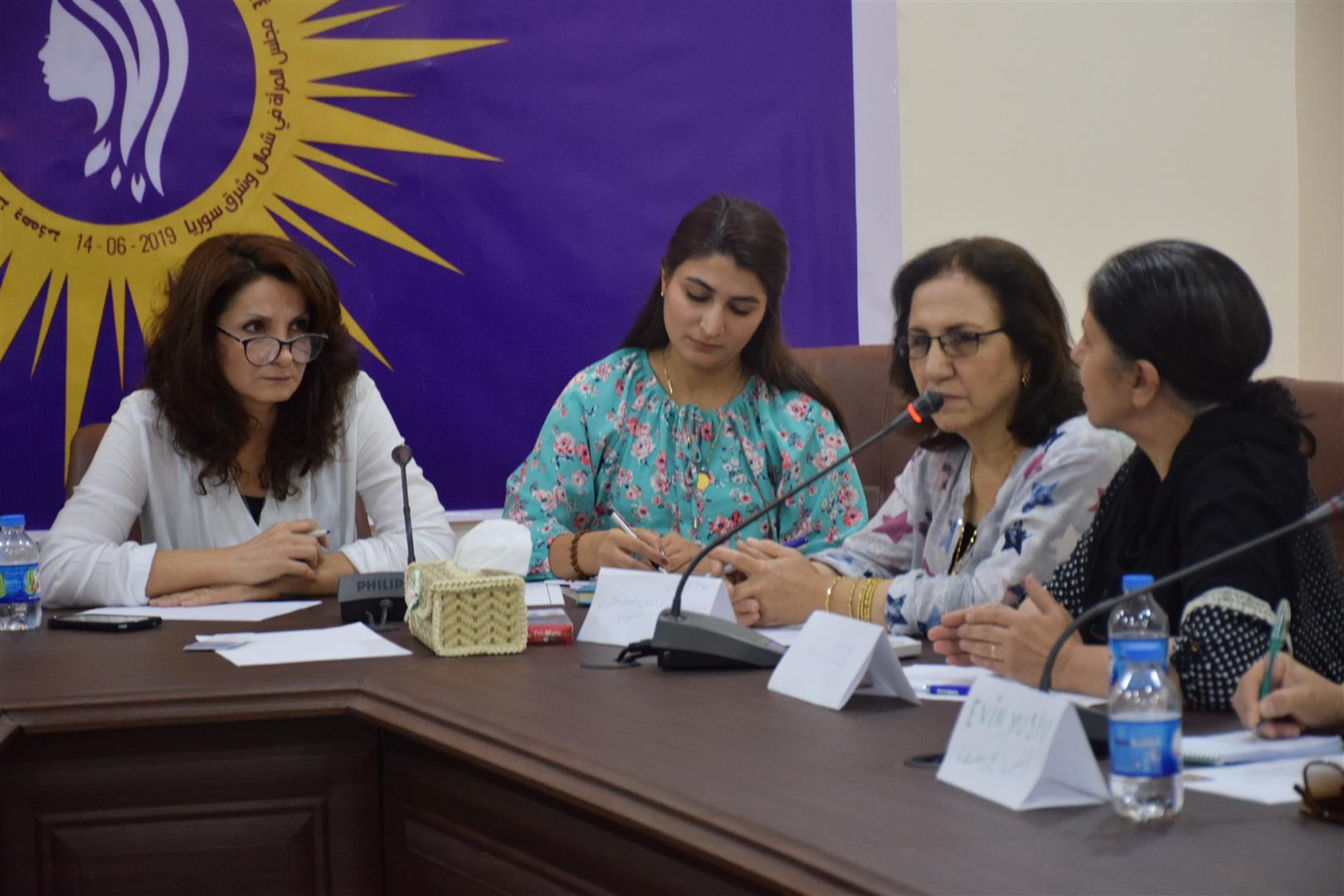 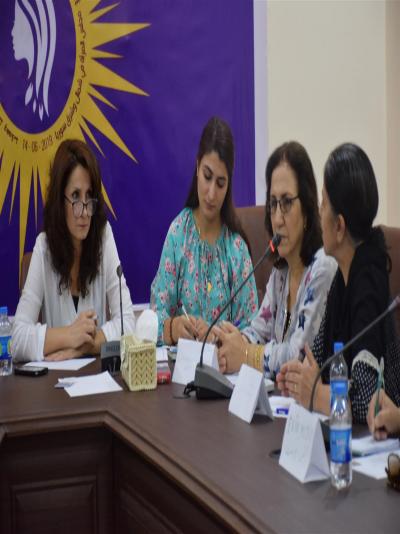 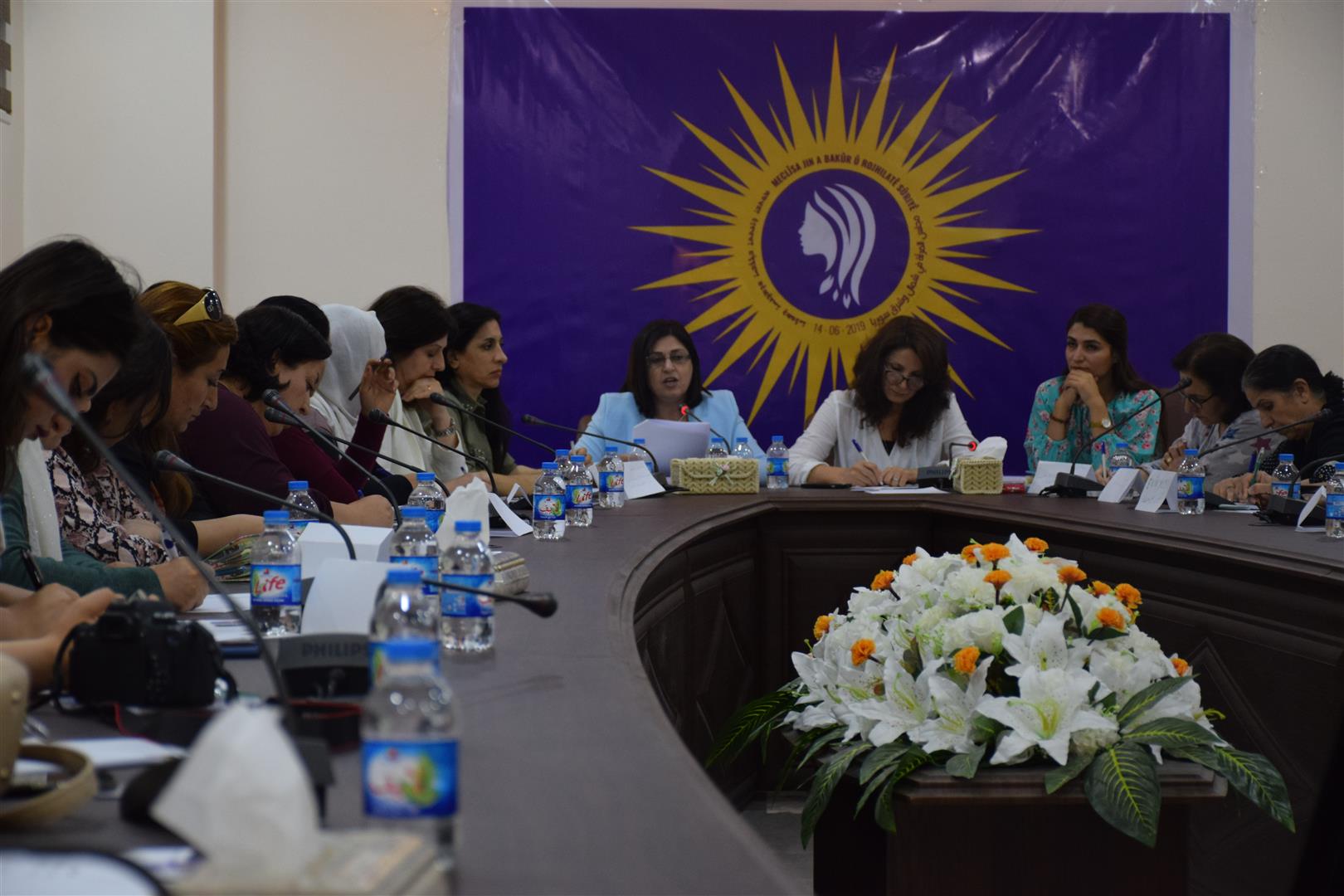 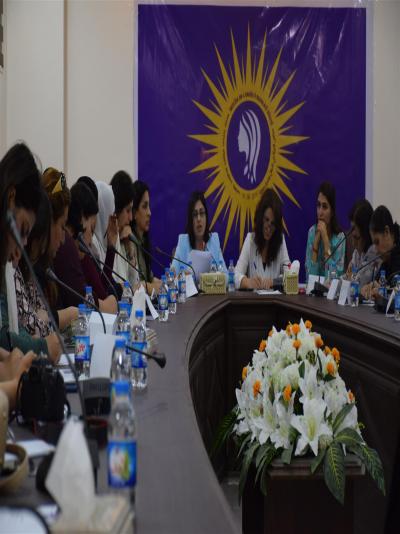 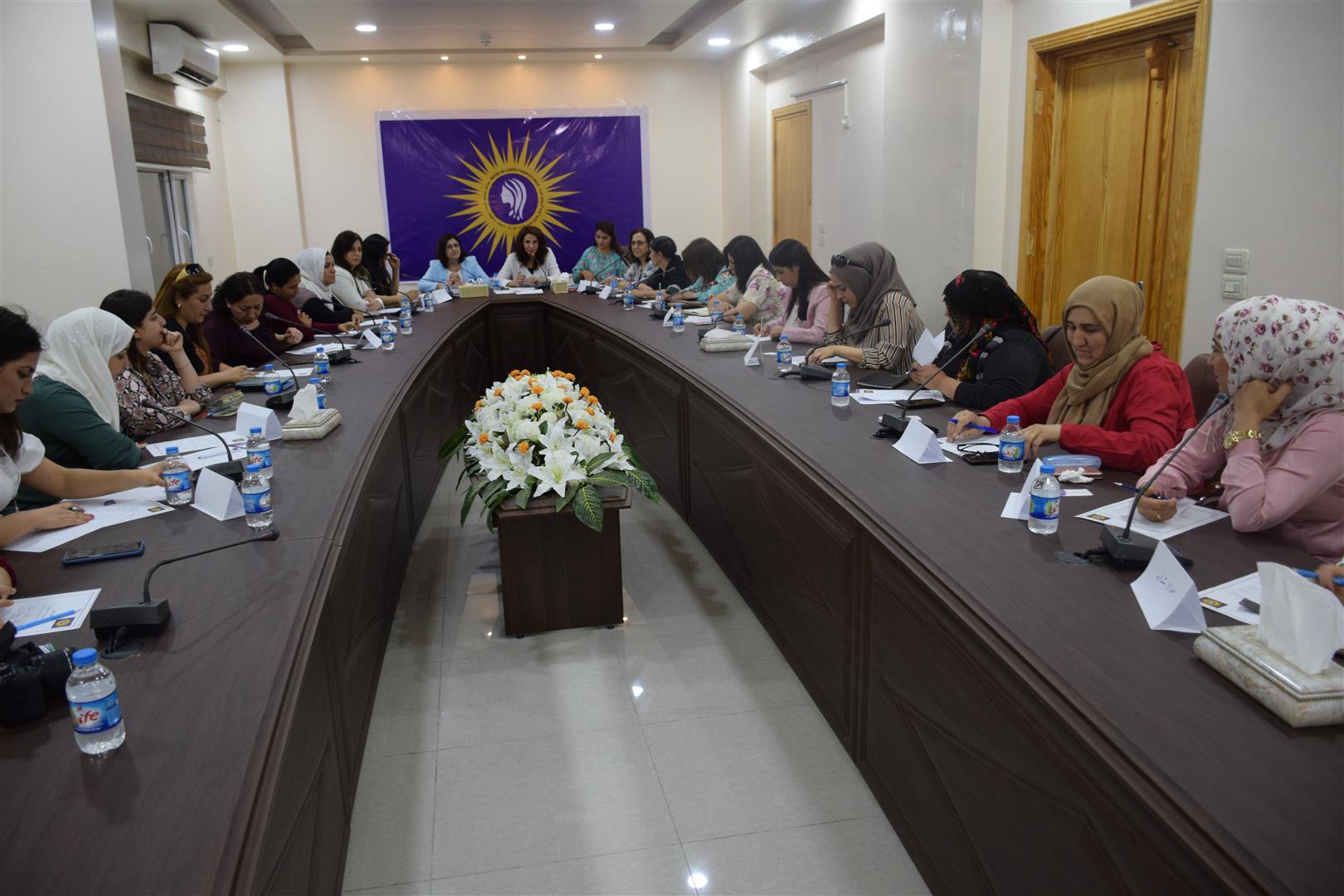 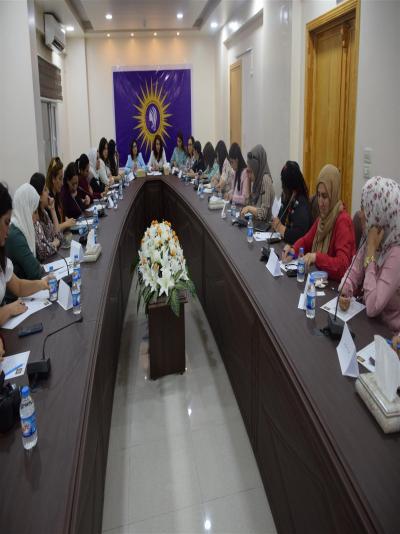 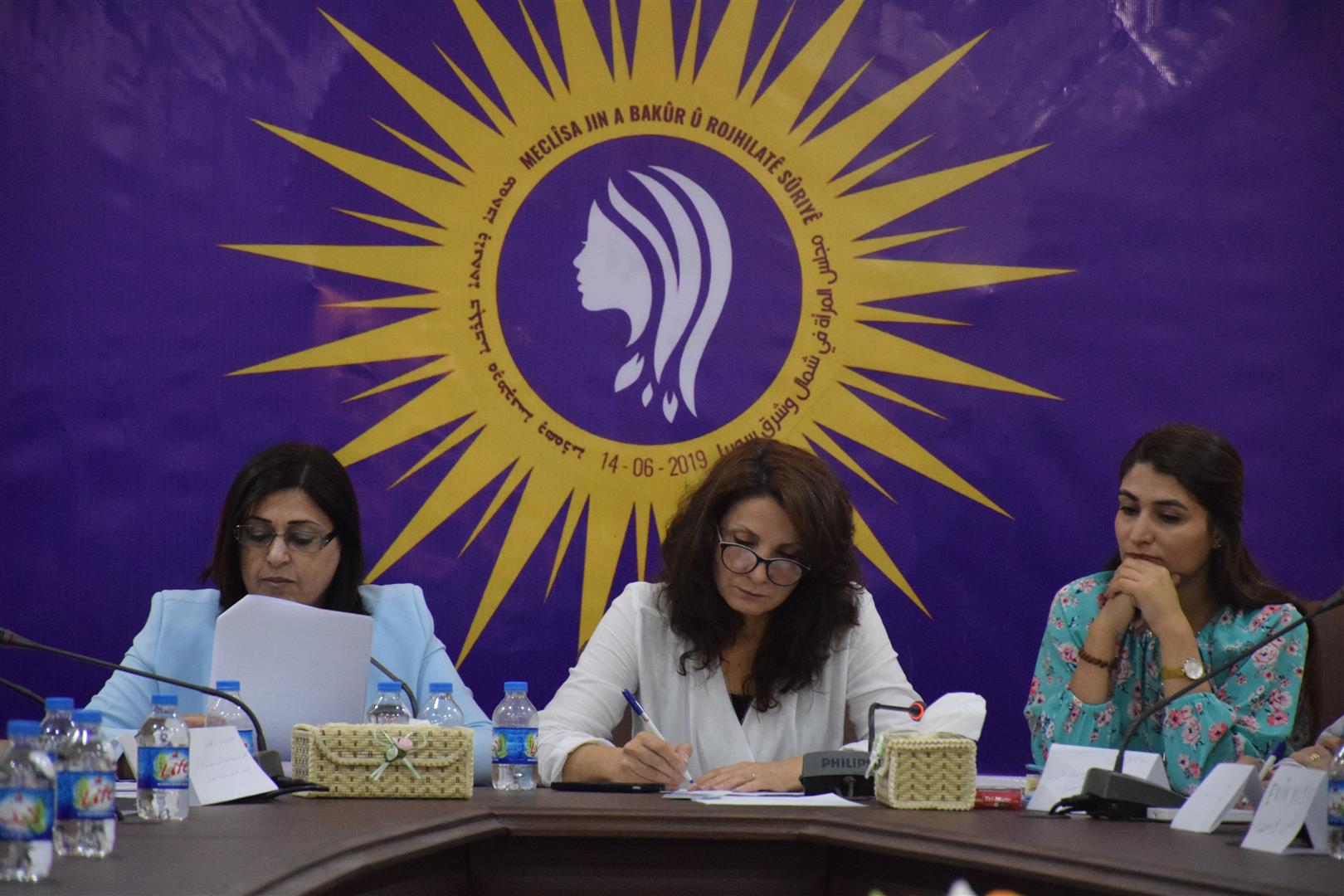 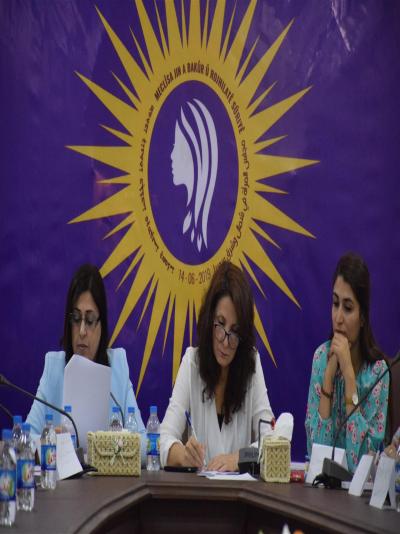 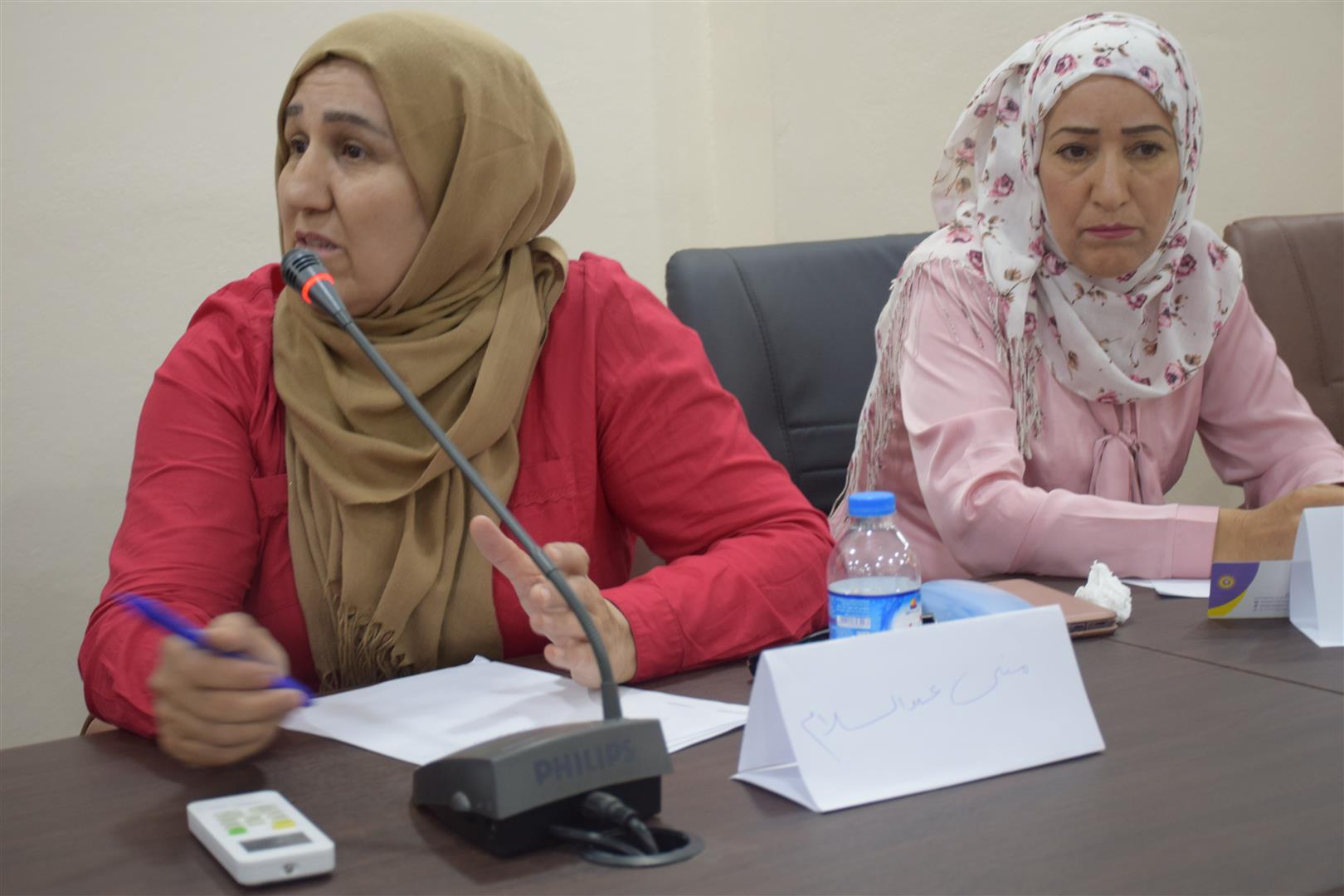 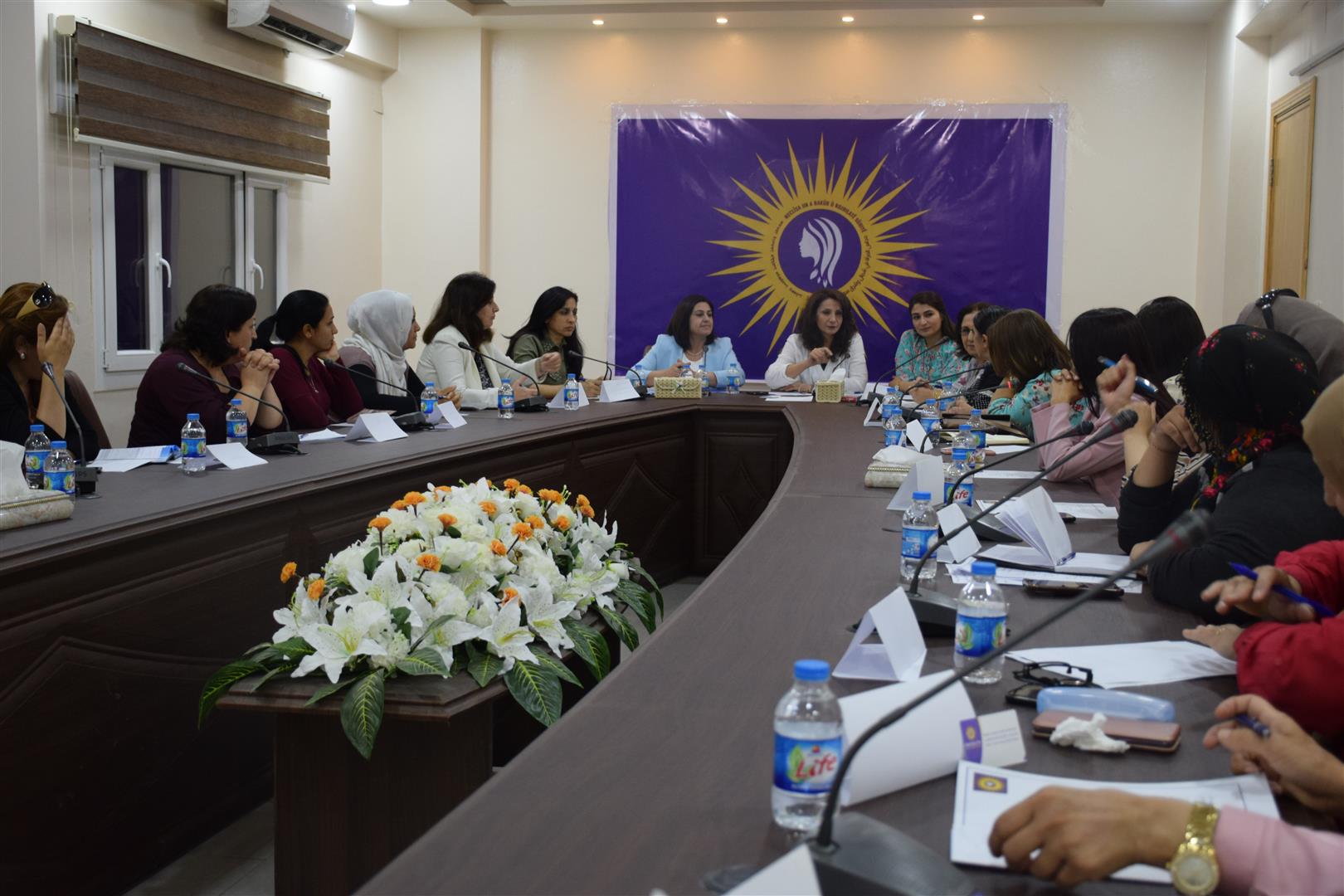 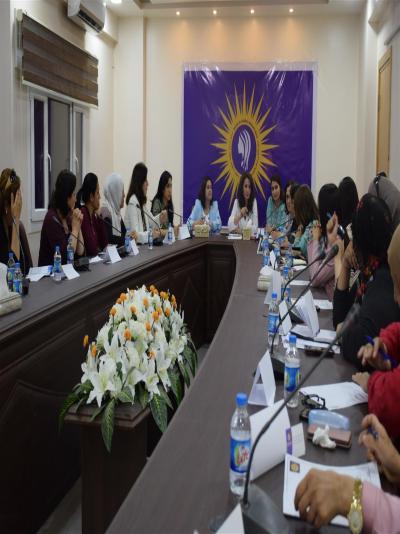 The Women’s Council in North and East Syria offered condolences to the Lebanese people and...

The Kongra Star in the Euphrates region called for opening the file of killing women and pro...
Old Website