The two-word compound is "new" and "roz" , which means the "new day" today. Historically, March 21 is a national day because in 612 B.C., the Midians triumphed on the dictator ruler of Nineveh in Iraq.

In the epic of the " Kings, Shahnama", Ferdousi tells the story of the Kurdish hero, Kawa al-Haddad, who resisted and defeated an evil king called Azdahak, in Arabic called the " Dragon King".

The story tells that this king had two snakes on his shoulders that feed only on the brains of children, so this tyrant king took away Kawa's 15 children and  he was left only with a little girl. Kawa, the blacksmith wanted to sacrifice himself for his daughter. He went to the king's palace fought and triumphed with his hammer on the sword of the oppressor. Afterwards he set fire in the roof of the palace and carried a torch in his hand. People knew that the torch of freedom had risen.

This story is also referred to by the great Kurdish historian, Sharaf Khan al-Badalisi in his famous book " Sharaf Nama",. He says that it has given the specificity to the Kurdish people among the Aryan people to commemorate the occasion every year since ancient times.

In 612 B.C., the Kurds began their calendar after the sun of freedom shone on the mountains of Kurdistan, for which the Kurds have fought through the ages.

The  confused public believe that Newroz Day has roots related to the Zoroastrian religion and the reverence of fire because of the fire that celebrate the coming of the day and that Newroz is a feast created by Zoroaster himself.

The holiness of Newroz among Kurdish poets and writers

The great Kurdish poets and writers were interested in Newroz in their literature in which they expressed their national belonging and pride in this day.

The great poet, Mala Ahmadi Jaziri (1407−81) shows his interest in this occasion in a poem and emphasizes on its eternal and expressed light. He indicates that it is an occasion for the New Year, revival and survival.

The poet Ahmadi Khani (1650-1706), the author of the epic "Mem and Zain", in which the hopes and aspirations of his people for freedom and independence are reflected, also praises the occasion, refers to people's departure from nature and the celebration of Newroz.

The poet of nature and love, Abdul Rahim Mullah Said Mawlawi (1806-1882) considers Newroz as the beginning of spring and development.

The poet of flirting and falling in love, Wafa'i (1841-1902) in his poem "Newroz", sees in the arrival of spring and "Newroz coming" as the revival of love between lovers and the exchange of heartfelt messages between them.

The most famous poem by the poet Abdul Khaleq al-Al-Kirkuki (1890-1962) "Newroz", which was not published in his first volume for political reasons, consists of 25 lines expressing his pure national feeling and congratulates his people on the occasion of Newroz.

Many Kurdish poets also sang for this glorious national day and their epics were filled with its echoes.

the Kurds celebrate Newroz as a national holiday in which they prove their identity by performing several rituals such as wearing Kurdish folk dress, going out to nature, setting fire on mountains peaks on the eve of March 21, listening to songs and music and performing dances as an opportunity to express their political positions.

According to UNESCO, nearly 300 million people around the world celebrate Newroz.

At the February 2010 session, UNESCO included Newroz in the model list of intangible cultural heritage of the mankind, recognizing March 21 as "Newroz International Day".

Most Newroz revelers around the world wear traditional, colorful bright costumes to indicate the colors of spring and their culture.

The Persians consider Newroz as the Persian New Year. It is the symbol of the victory of light over darkness.

In Kyrgyzstan and other former Soviet republics, the celebration of Newroz were forbidden as a religious holiday (due to Zoroastrianism).

In Egypt, the celebration of Newroz or The Feast of Smelling Breeze was known to the Pharaohs. The Fatimid state in Egypt revived its ceremony and became known as the Coptic Newroz.

Newroz was forbidden for various reasons, including national and religious. So the celebrations were held in a semi-secret manner or under the name of another occasion with political appearances to emphasize their Kurdish identity and national affiliation.

Turkey considers this day as a threat on its national security because it is a Kurdish nationalist holiday that develops a sense of Kurdish identity that the Turkish authorities are seeking to eliminate through the massacres they are committing.

The Turkish authorities are therefore using all repressive methods to prevent the Kurdish people in Bakûr Of Kurdistan from gathering and raising Kurdish symbols. They pursue the organizers of Newroz.

However, the resistance of the martyr, Mazloum Dugan in Amed prison and setting on fire on his body on the eve of Newroz Day in 1982, revived Newroz Day, thus turning the oppressed Dugan into the new kawa of all times and his cry of "Resistance is life" became a slogan for the Kurdish people everywhere.

The repression of the Kurdish people and preventing them from celebrating their anniversary was not limited to the Turkish authorities, but the fascist governments and regimes in Iraq and Iran practiced all methods to prevent the Kurds from gathering and expressing their national identities.

Newroz was also forbidden in Syria, as anyone who celebrated Newroz may have been killed under torture. In 1968 Kurds came out in the capital Damascus for the first time to celebrate it but they were confronted by the security authorities, which led to the martyrdom of the citizen. Sulaiman Addy.

To this date, the regime has prevented students and government employees from attending Newroz celebrations. They were imprisoned or dismissal from schools and government institutions.

In 1988, the  Syrian Baathist regime issued decree no. 104, which stipulates that March 21 is the official Mother Day in the country. The parties are off on this day in all the state institutions and administration without referring to  Newroz, ignoring the Kurdish presence on the Syrian scene.

After the March 12, 2004 uprising, the Baathist authorities stepped up their repression against the Kurds, targeting the residents of Qamishlo, who were setting fire for Newroz Day, killing three young men (the three Muhammads).

Detainees in Newroz are usually tried in military courts on charges of "rioting" or "membership of an unauthorized organization".

In this context, the Kurdish writer, Khalis Maswer said that he was a witness to the regime's harassment of Newroz celebrations. He pointed out that the celebrations were  secretly in homes for fear of arrests and torture by the Baathist security services, considering that Newroz is a historical symbol of its symbolism and holiness contrary to what "Fascist regimes accuses of being separatists against the Kurdish people."

"The security services were intensifying their patrols in villages and cities to prevent lighting Newroz fire, which symbolizes freedom because the Baathist regime stripped the Kurds of their political and cultural rights and tried by all means to eliminate the Kurdish presence and erase its national identity and historical existence," he said.

On the eve of Newroz in 2015, the people of Al Hasaka, who celebrated the arrival of Newroz, were subjected to two suicide attacks, during which 53 citizens, mostly children and women, were martyred. 130 others were injured, the victims were called "Martyrs of 2015 Newroz", and the people of Rojava proved that the attacks would not undermine their will. All the components of the area participated in rescuing the wounded and the funeral of the victims.

In 2016 Newroz celebrations were held under the slogan "From free Rojava to a democratic federal Syria."

In 2017, the celebrations were held under the slogan "In the spirit of Newroz and the federalism of northern Syria, we salute the resistance of northern Kurdistan."

In 2018, during the Turkish occupation and its mercenary for Afrin, the peoples of northeastern Syria celebrated Newroz under the slogan "Resistance of Afrin will become the Newroz for the peoples."

With the imposition of strict isolation on the leader Abdullah Ocalan, the peoples of northeastern Syria revived Newroz in 2019 under the slogan "In the spirit of Newroz, break the isolation and liberate Afrin."

This year, the Kurdish people celebrate Newroz under the slogan ".....". 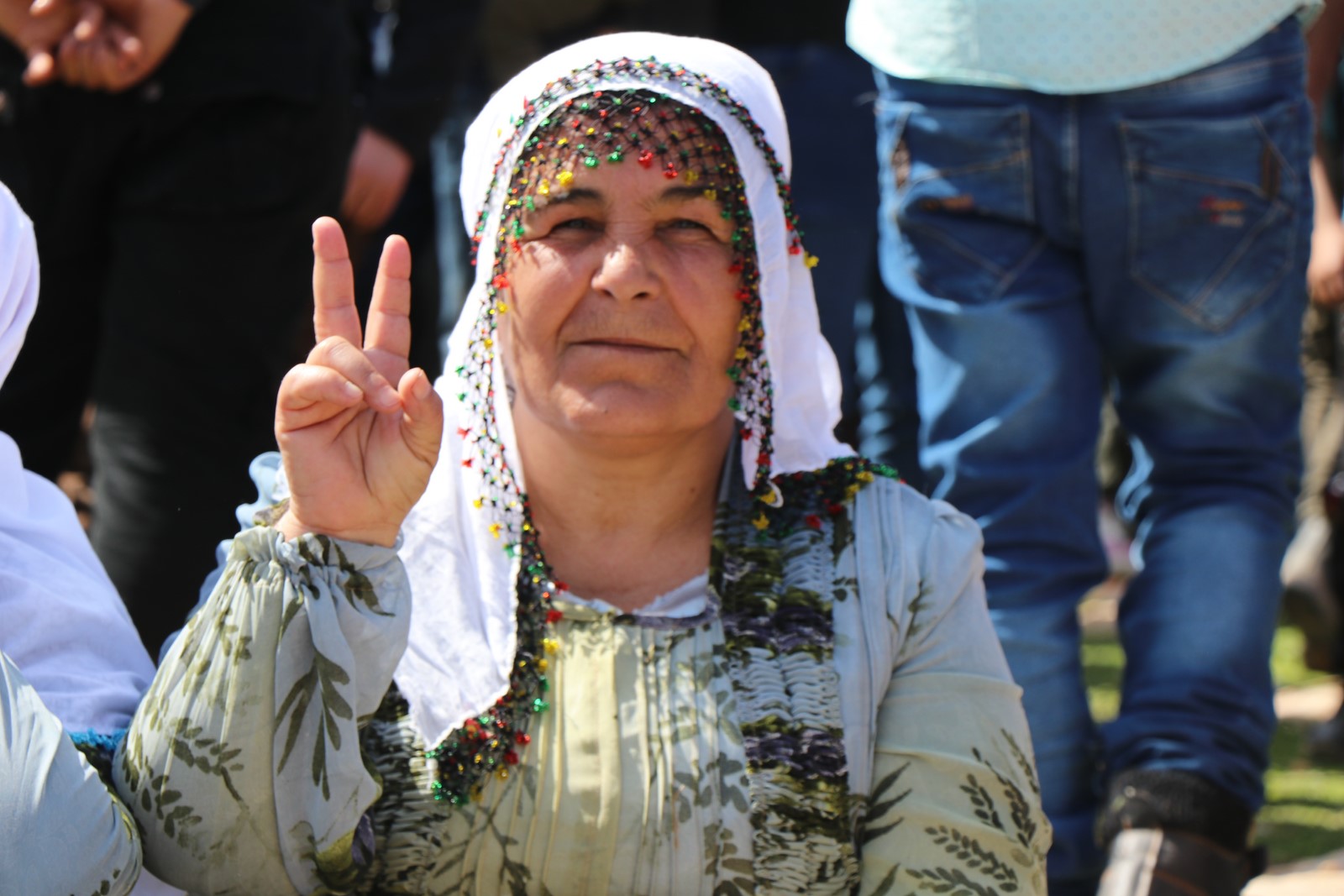 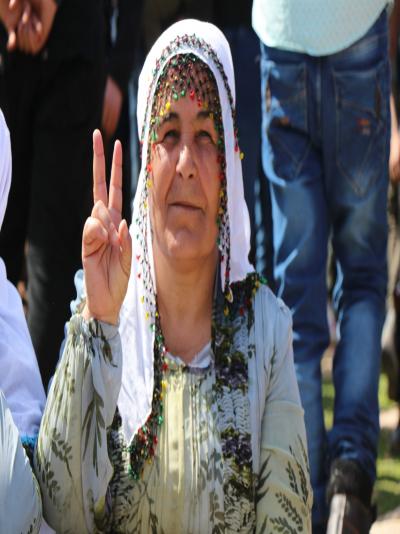 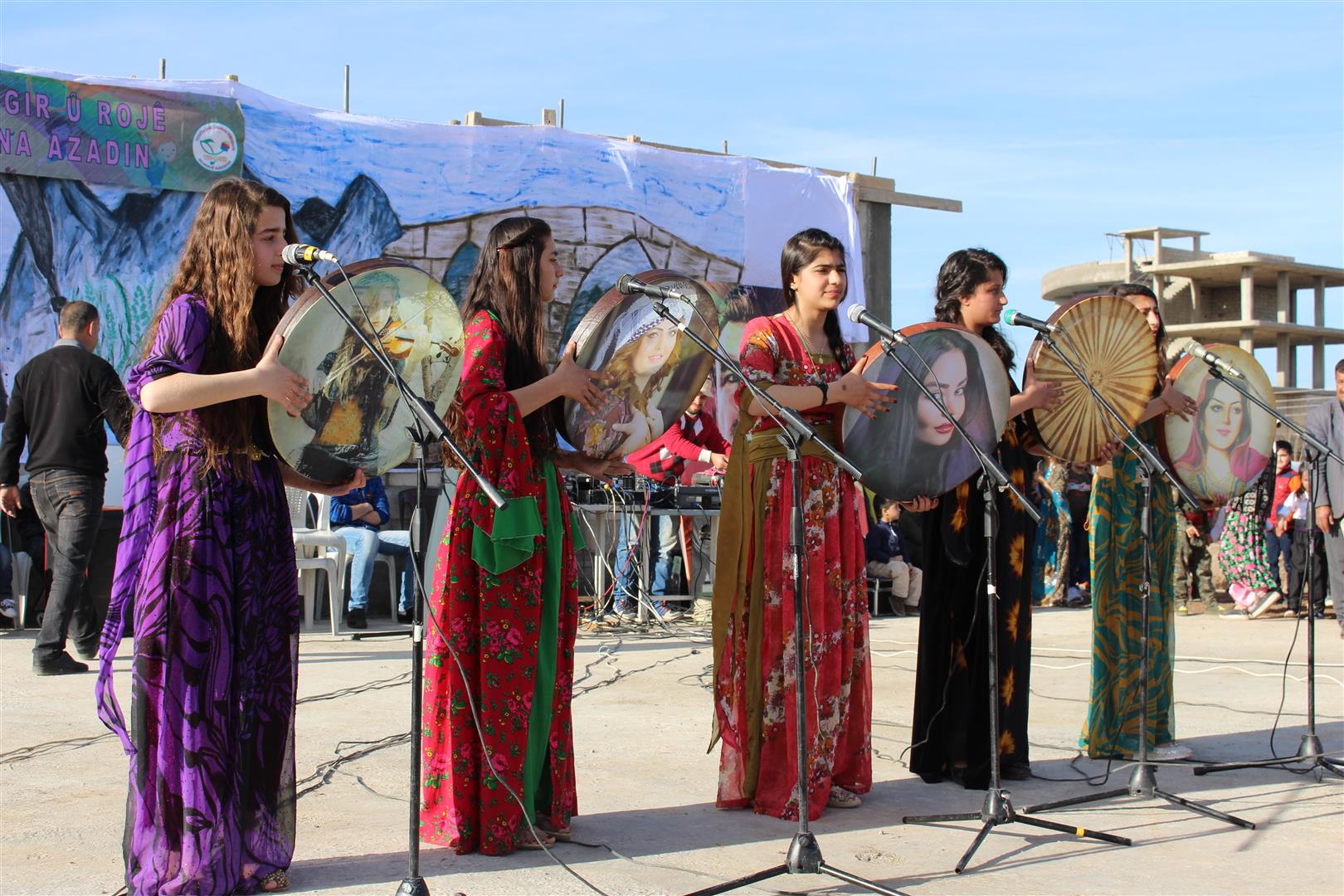 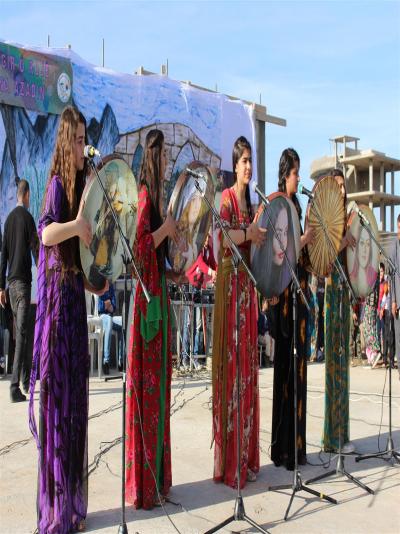 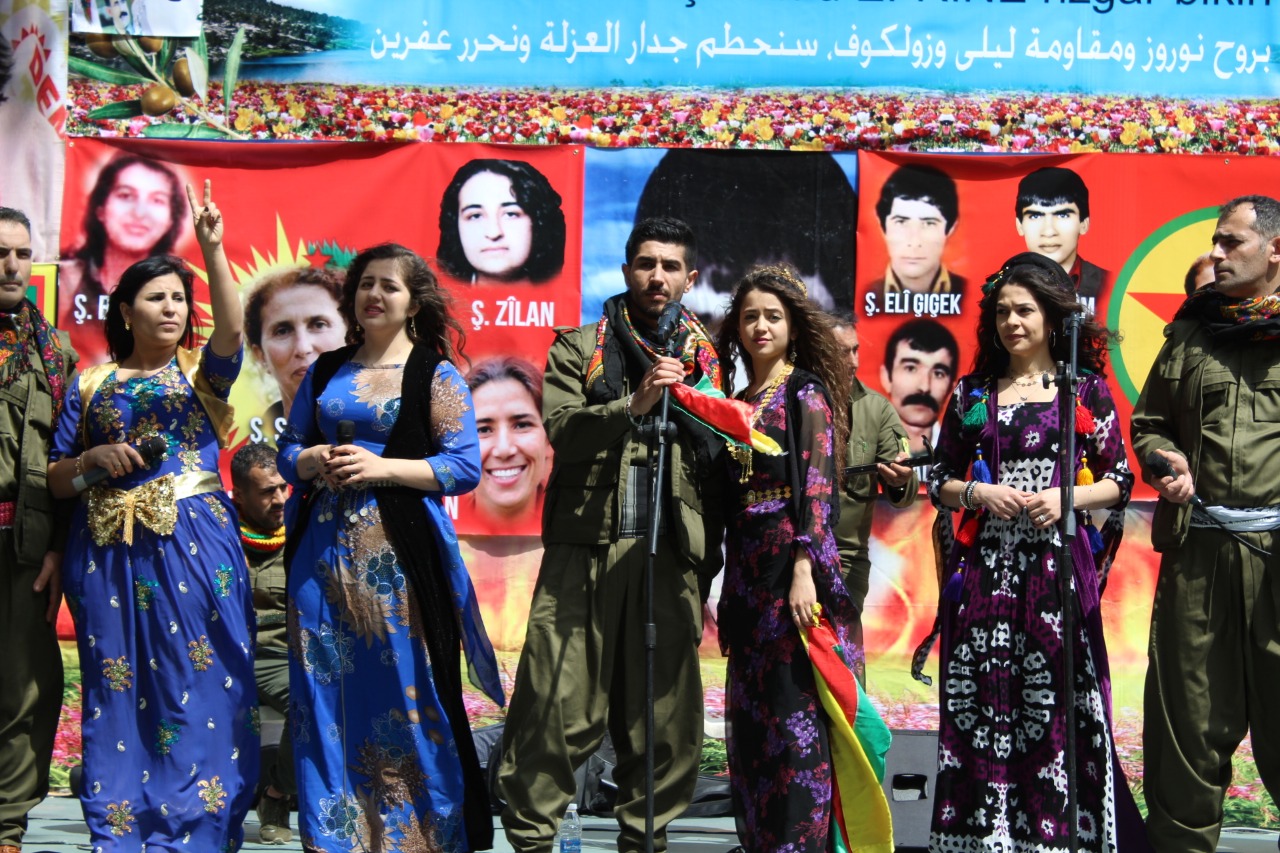 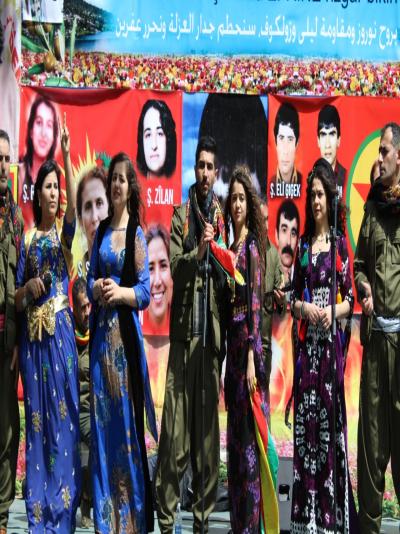 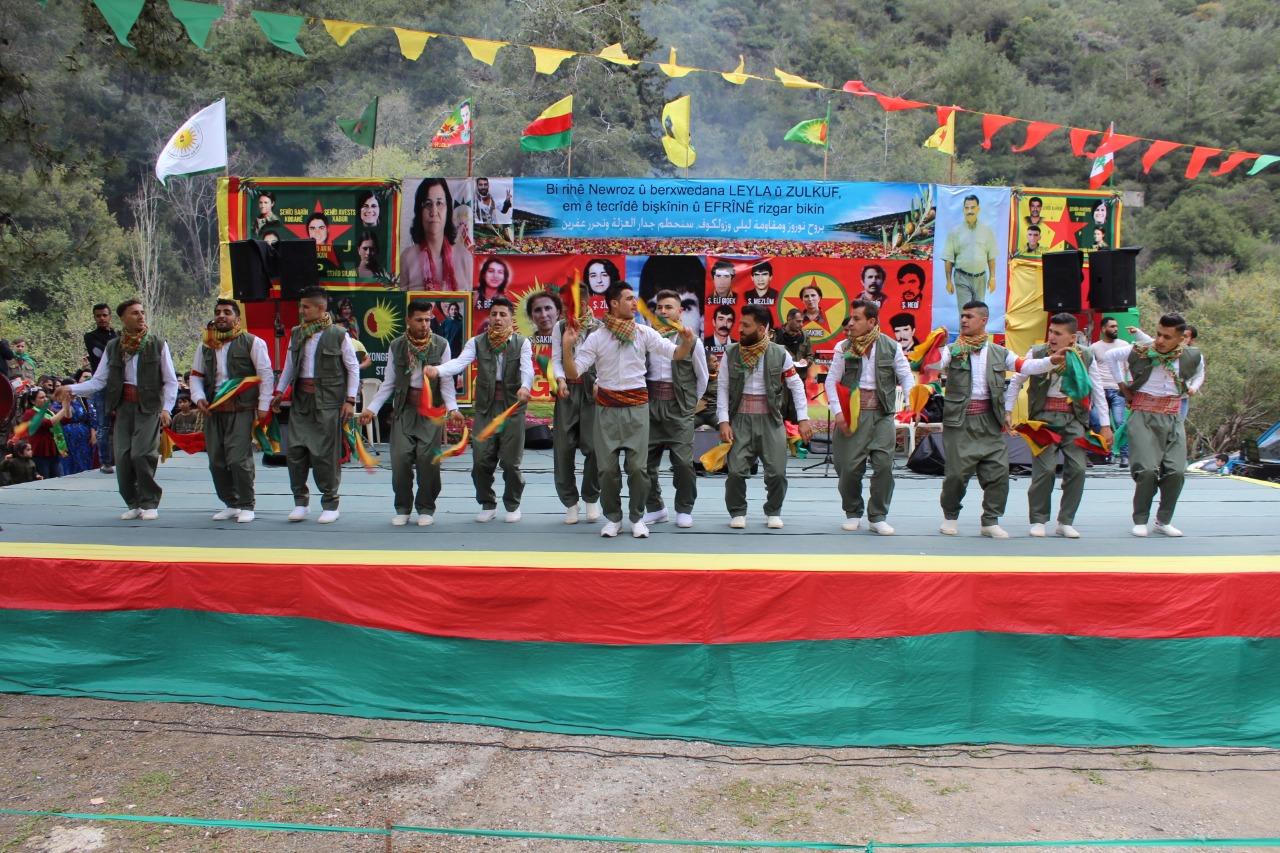 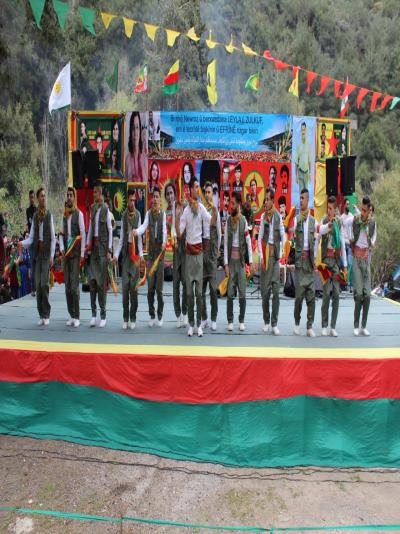 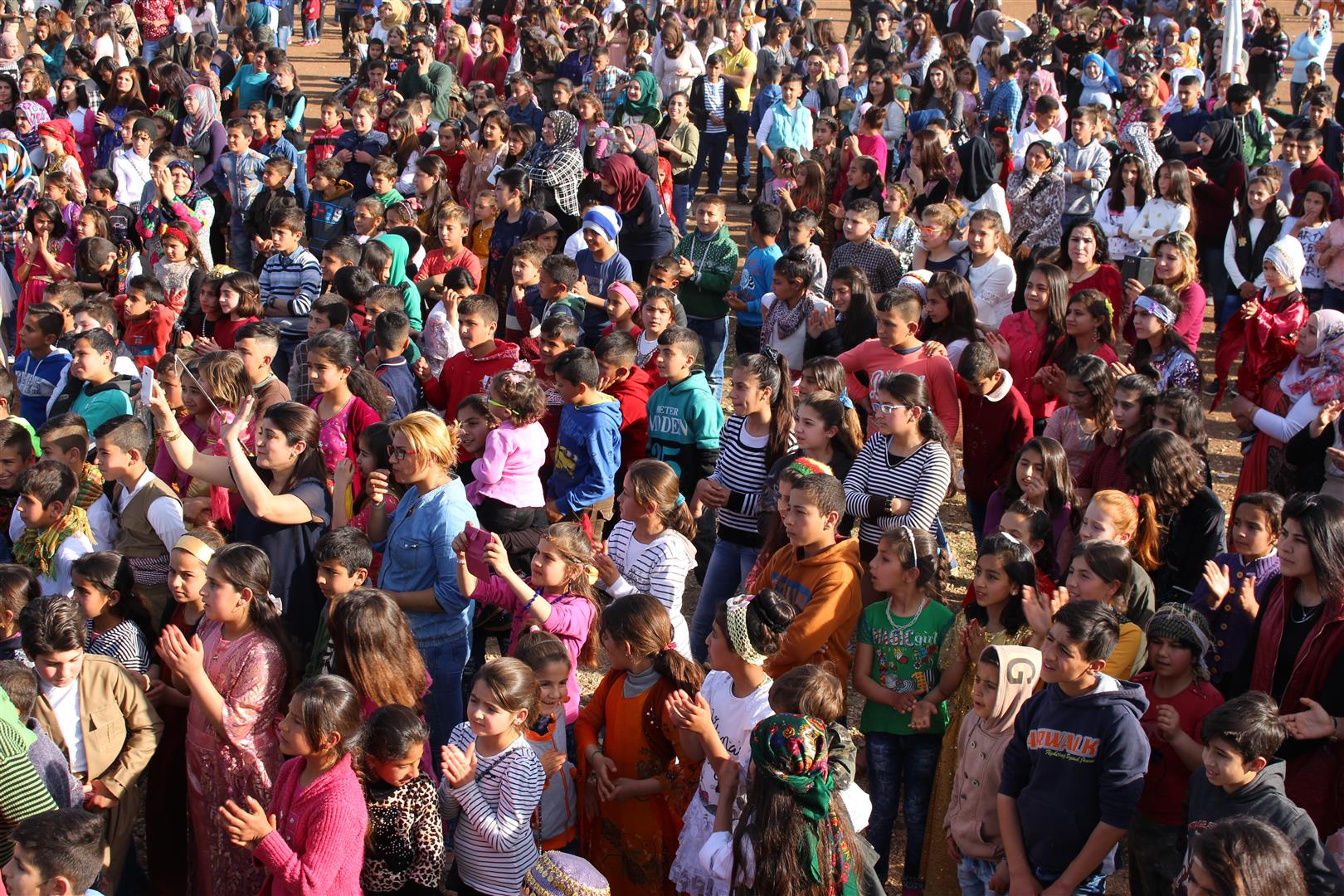 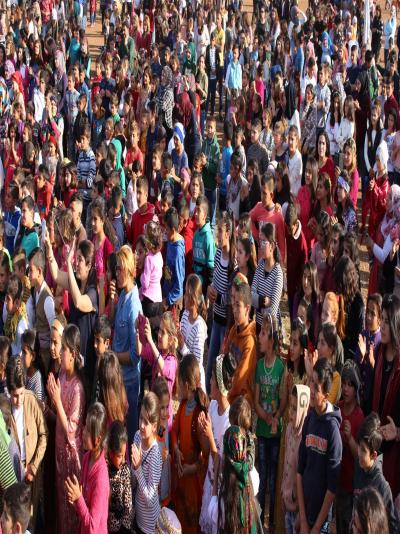 The believers in the ideology and philosophy of the democratic nation celebrate on April 4 o...

Coronavirus outbreak have caused panic all over the world, paralyzing life and turning fam...

The Arab clans in Deir ez-Zor eastern countryside have returned to their role and influence ...
Old Website